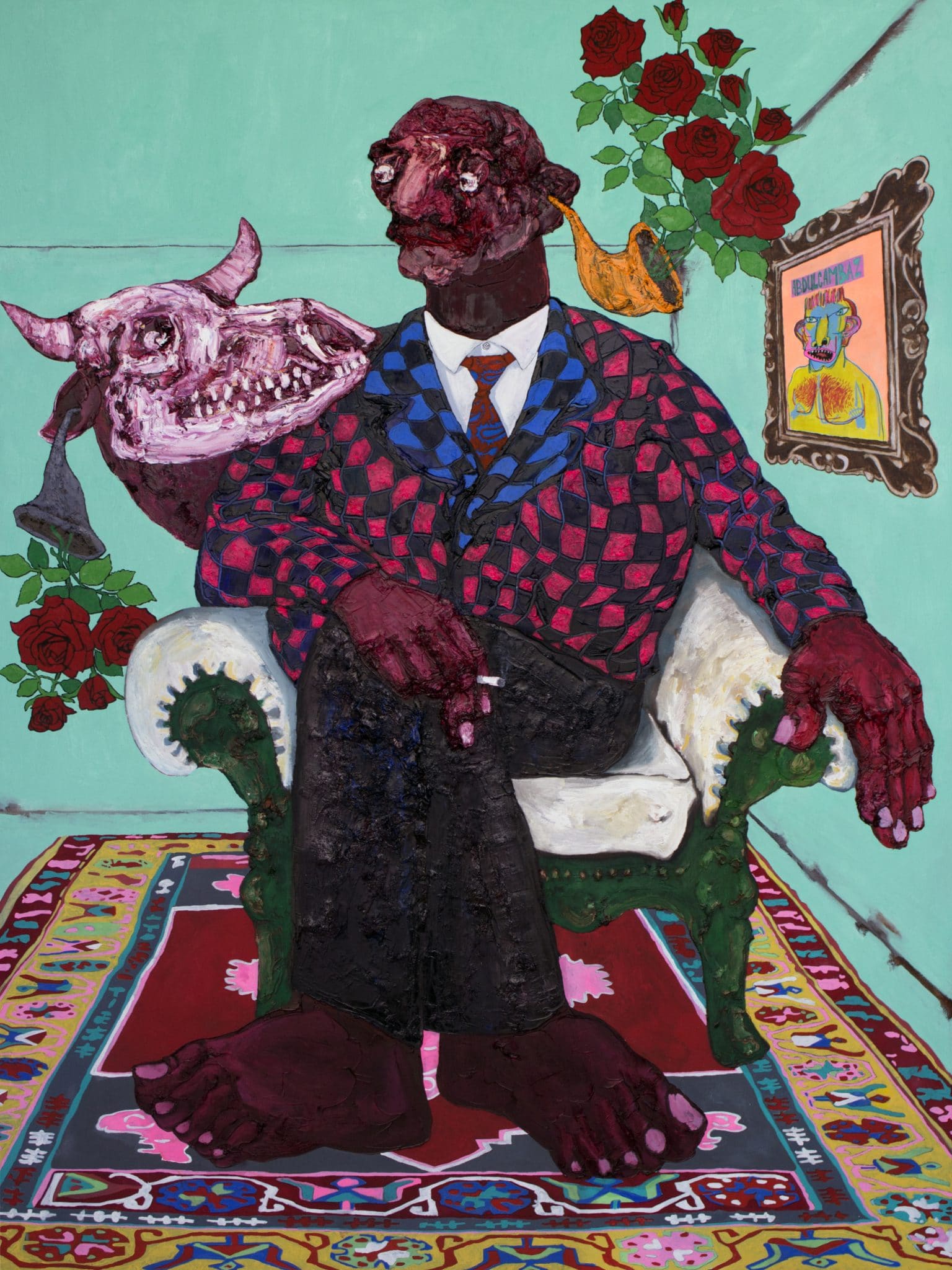 How do you feel during this time of lockdown; how do you think this period will affect your art-making process or does it already have an impact on your productions?
In short, I can say that I came to value the state of being free. Frankly, I do not want this period to be reflected in my work. I prefer to stay normal or at least act as if things were normal. Otherwise, I think the next step will result in a great loss and disconnection for me. I try to prevent this from happening. To eliminate the desire to go out, I produce by night and spend the day by sleeping. However, I don’t know how long I can keep up with this.

Do you keep producing works during this time? If yes, how do you produce under the changing conditions, do the materials you use differ?
There is a small space at home, that I reserved for work, so I can continue producing. However, I cannot produce works as free or at least in large scale as I would in my atelier. I can say that I amuse myself with canvas and small paper works.

What are you dreaming of doing following COVID-19?
At the moment, I only dream of this period being over 😊.

Are there any differences between your plans before and after COVID-19?
Since we are talking about creating artwork, I will answer this question in the same context. Apart from exceptional circumstances, I am not an artist who produces according to an exhibition schedule. In other words, I have never experienced something like: I have an exhibition coming up – now I have to produce something. Frankly, I never needed this because I was producing continuously anyway. I produce project-based serial works and when I reach the necessary amount to exhibit, I exhibit. My gallery mostly plans this. There were events planned by my gallery before the virus that I was involved in. Fairs such as Art Dubai and Art Paris have been canceled. There is the Draw Art Fair London in May, but I think it will also be canceled. Apart from these, there were several exhibitions and fairs in Turkey, which have all been canceled due to the circumstanced we are currently in. I’m sure that there will be new events and exhibitions after this is over, but I’m not involved in the planning of these. In the meantime, I will continue to produce just like before. That’s the only thing I know.

What changes occurred in your daily routine?
As I mentioned before, day and night changed places. I produce at night; I sleep during the day.

As an artist, how would you describe the current situation of the world?
I can’t comment because there are questions I can’t find the answer to. It amazes me that the world in the 21st century is so powerless against a virus. Have almost all of the technological developments we have seen so far been used only for flashy consumption purposes? I guess this is the most important question that people are looking for an answer to.

Has the current isolation given you the opportunity to do or create something that you haven’t had a chance before?
With regards to producing, I have never had a problem such as lack of time. Hence, there is no gain in this context that can be attributed to this period of isolation.

Unfortunately, your works cannot be seen physically in this period of time. Can you tell us about your new works conceptually?
Ever since I’ve been locked up at home, I’ve been working on pieces related to the concept of identity. The concept of identity can be briefly defined as the conscious perception of a person or community about their qualities, status and values. Individual identity is usually formed in a hierarchical order within a complex social structure that includes other personal and collective identities. Similarly, social identity occurs as a result of the interaction of many different identities.

According to John Turner (1978), “an individual’s self-concept and therefore self-esteem is anchored in the social class he belongs to, that is, the social identity he perceives.” The social identity built on similarities with other people is very closely related to the individual and serves him in several ways. Identity conflicts such as recognition, approval and support by a group are not limited to individual and social identities. For example, in the historical dimension, a differentiation can be observed between the traditional society, the modern society, and today in terms of problems and understanding of identity. Another identity-related conflict dimension is between the given identities we are born with and the acquired identities that are consciously acquired in the process of self-development and socialization. Again, another axis of conflict, which concerns the identity process, arises between the public and private spheres.

All of this create one of the most intense tension lines as a result of the clash of many identities that surround the individual’s self. The individual often has many identities competing and clashing with each other at the same time. Roughly, an individual, that we assume to be an artist, takes on a different identity when he is with his family in the place where he was born and raised. Whereas the identity he has in the setting of the gallery he works with or next to a collector is something else. Or, while an academic exists with a certain identity in any given location, the identity he tries to convey when giving lectures in a lecture hall is completely different. The Abdul-cambaz series came about when I discovered this type of behavior that develops within the framework of interpersonal relationships that I saw in myself and my environment.

This can be considered as an individual questioning. Or a mischievous criticism of the different types of behavior mentioned. Since this questioning, criticism, or confrontation with myself will be performed by my second or third identities, I thought it would be wise to treat the imaginary character created as a real individual. So, a new language had to be created that was part of me, but then again, did not belong to me. This was the language of Abdulcambaz. In order to create this language, I started this series by practicing methods that I never thought I would use before. 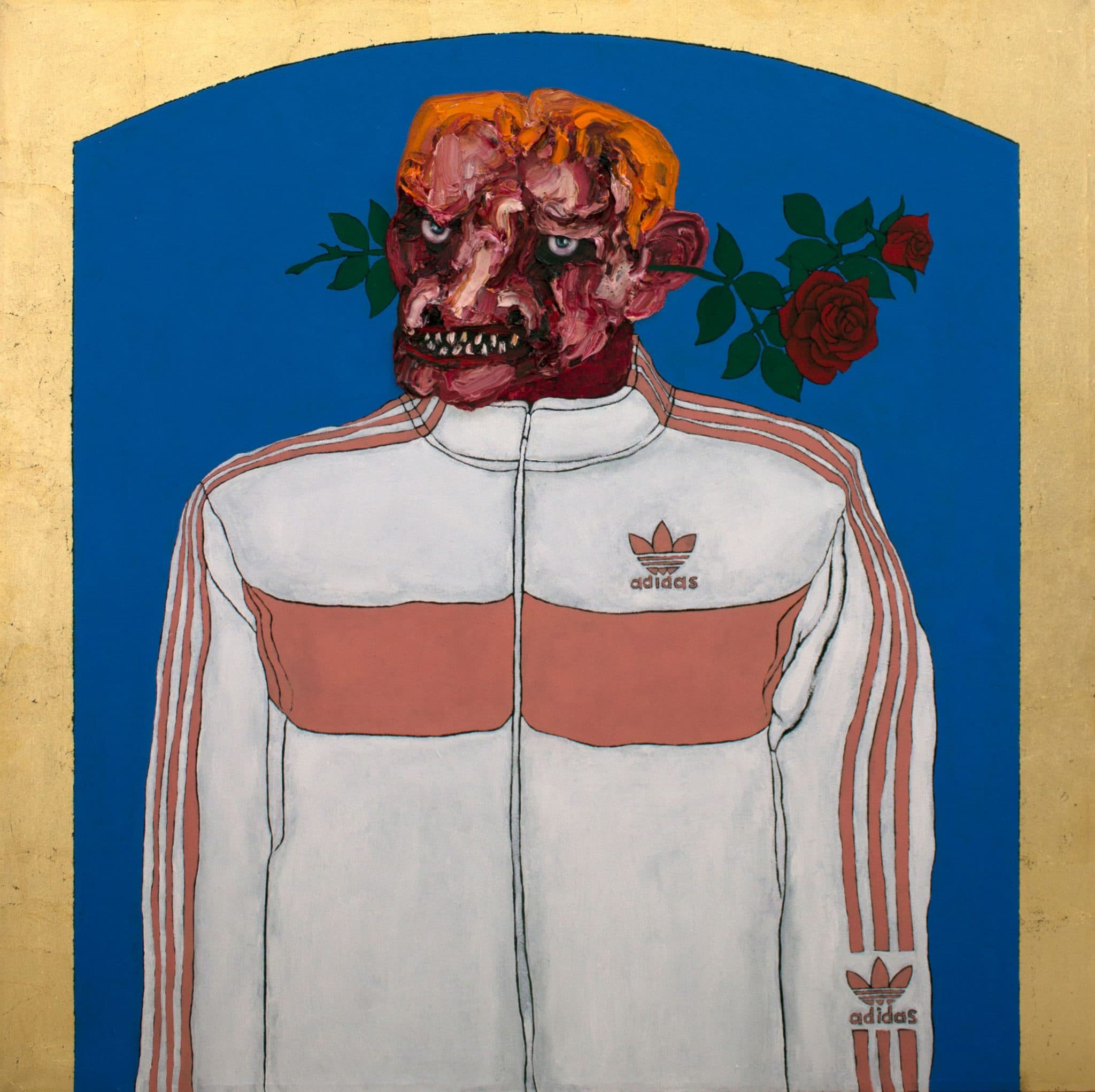 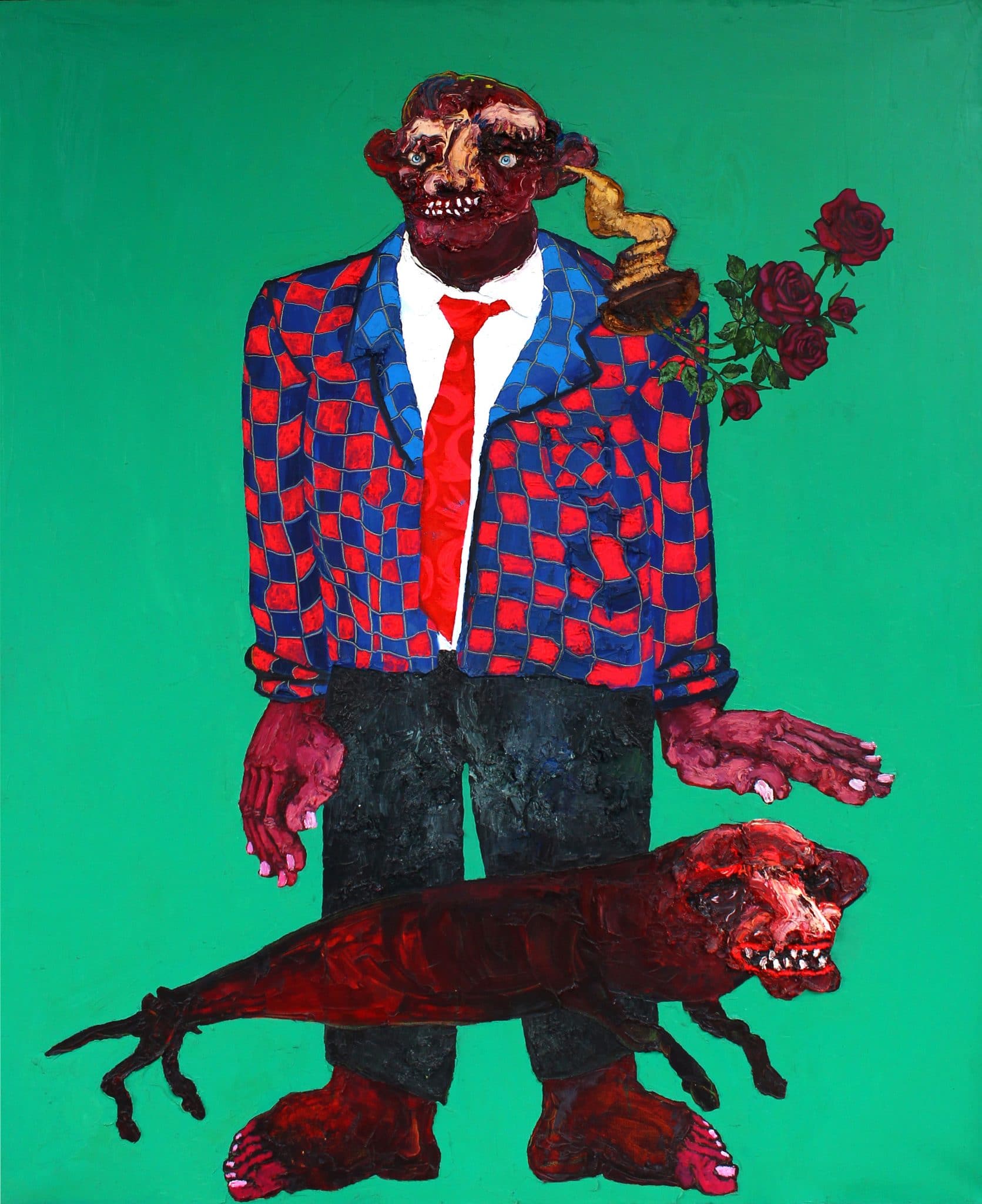