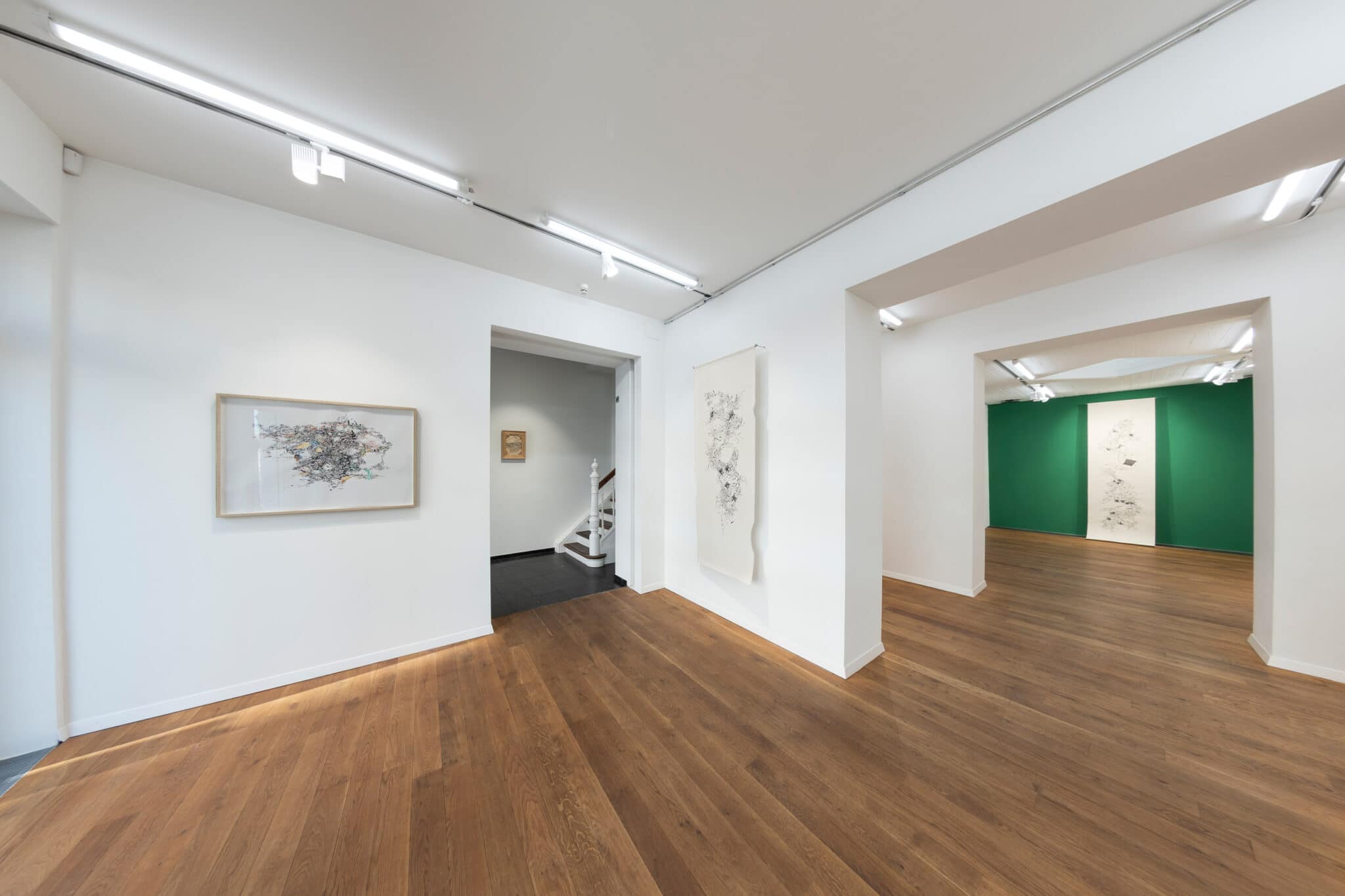 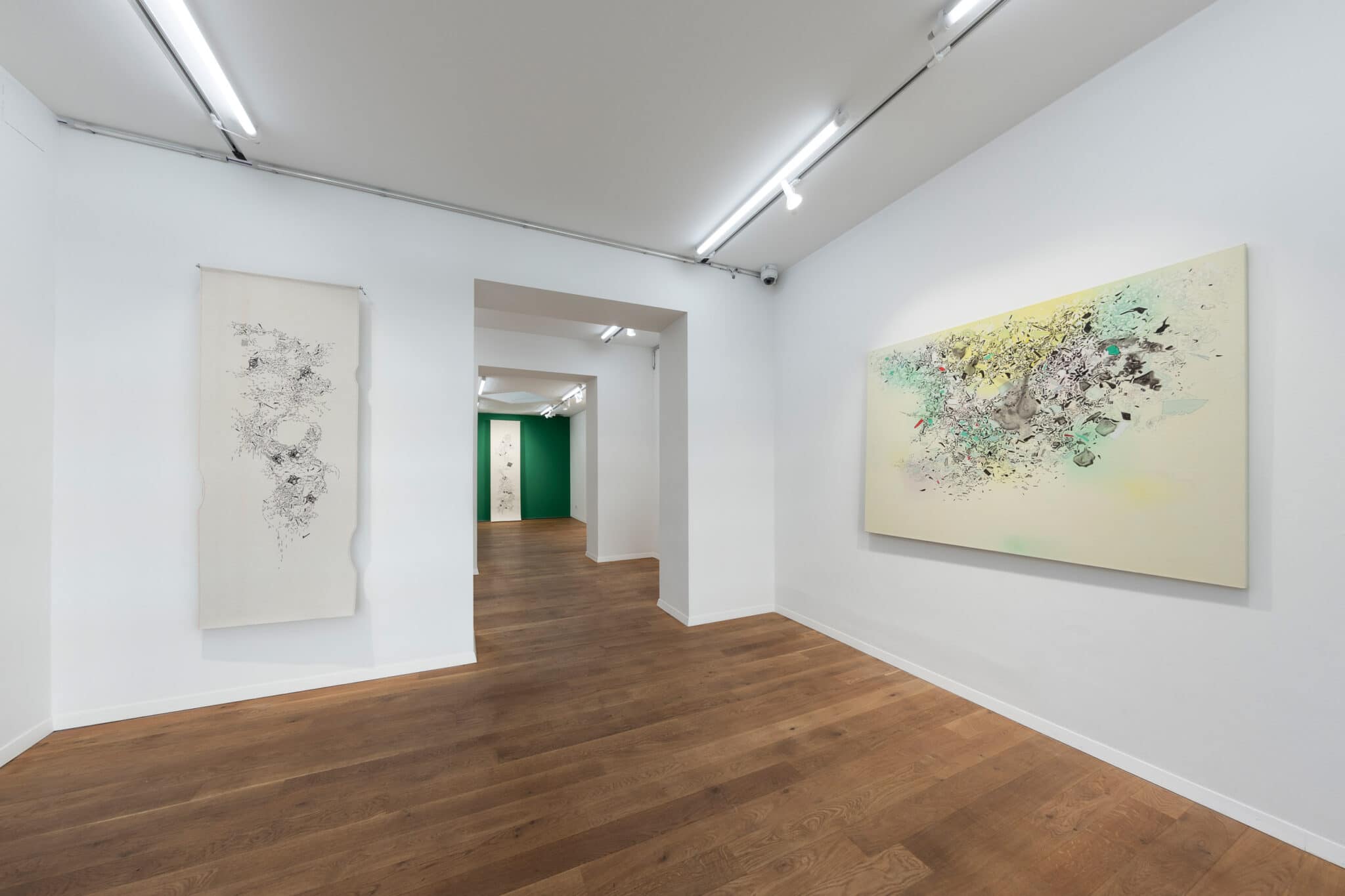 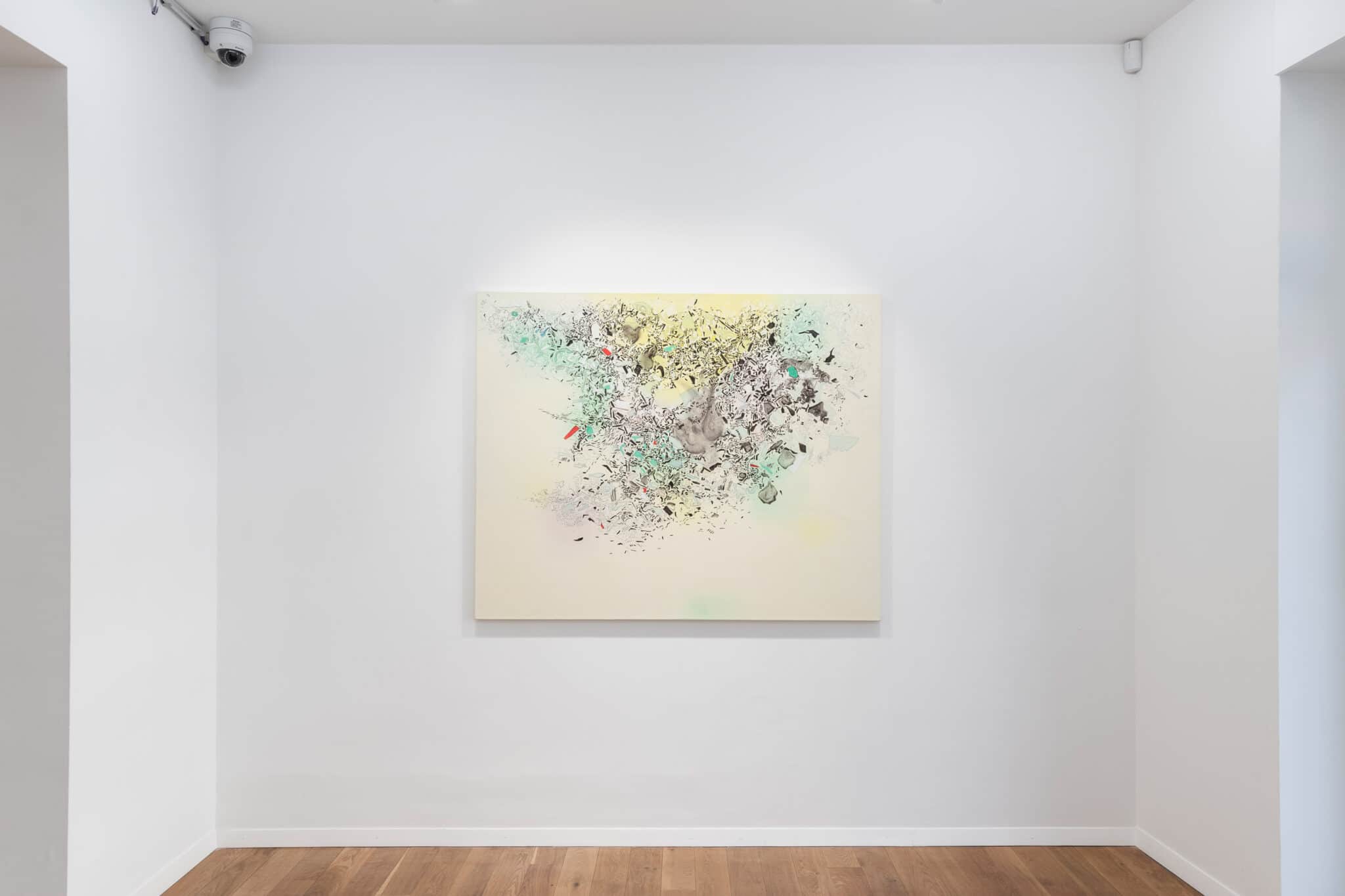 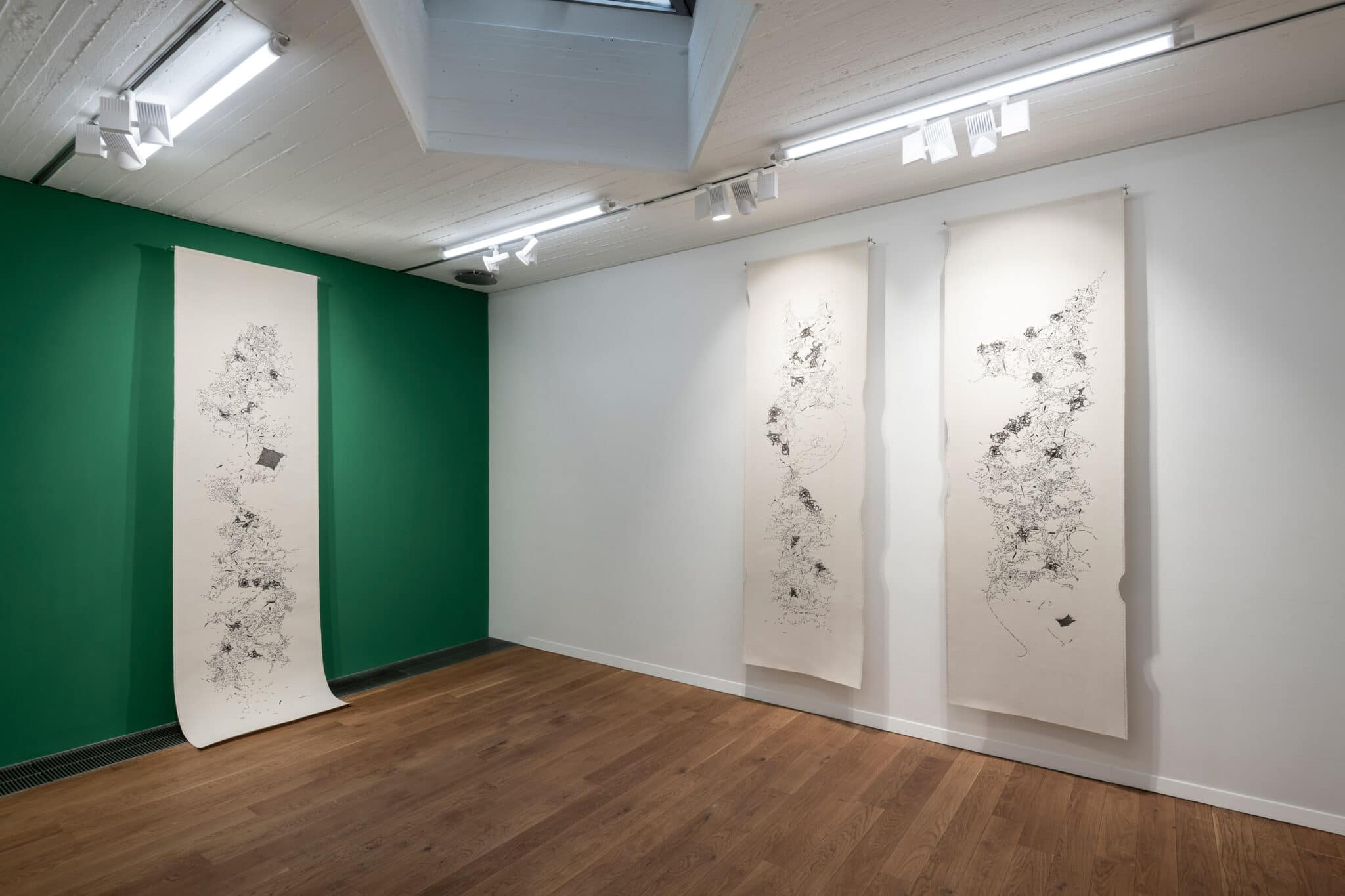 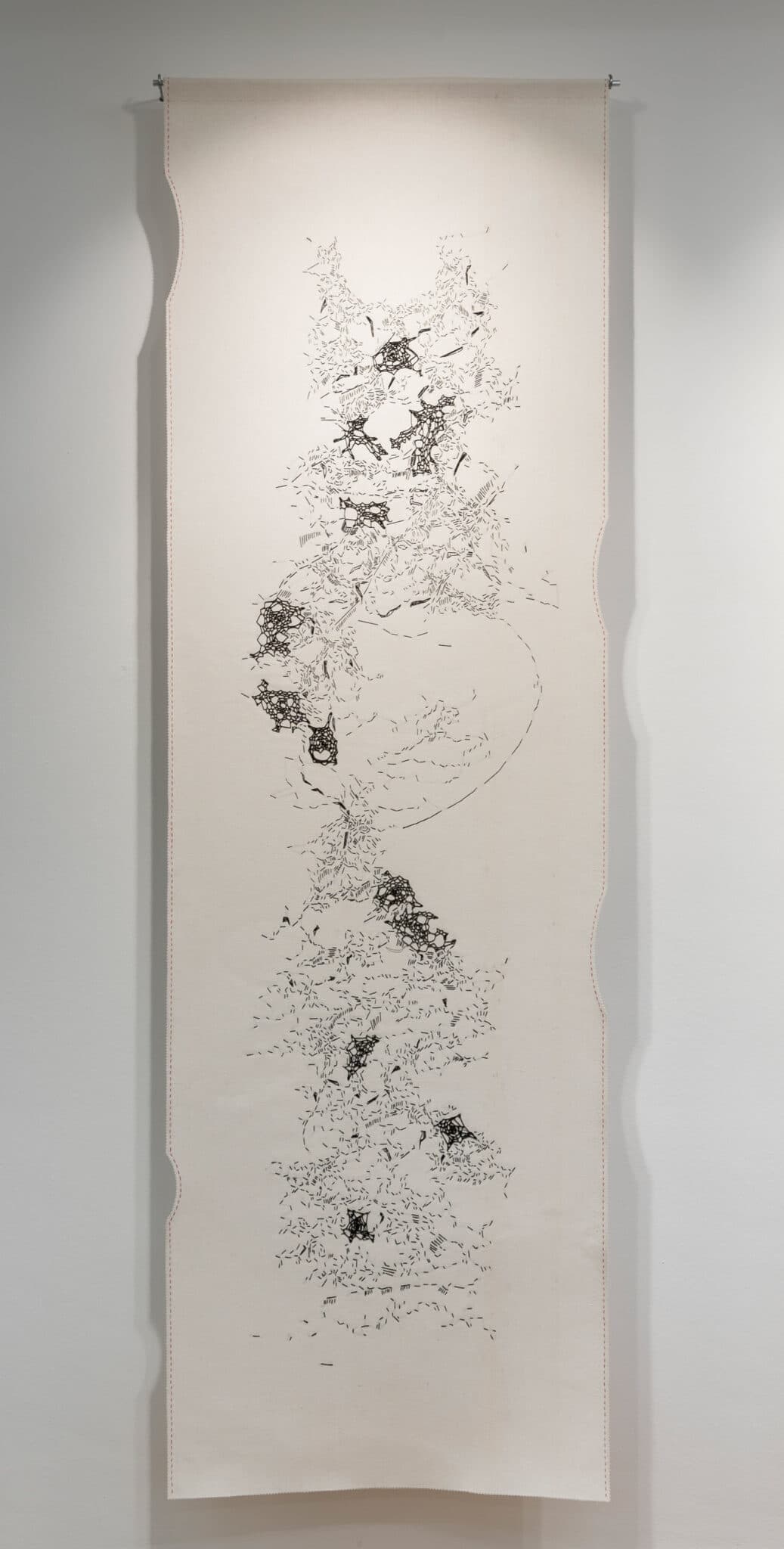 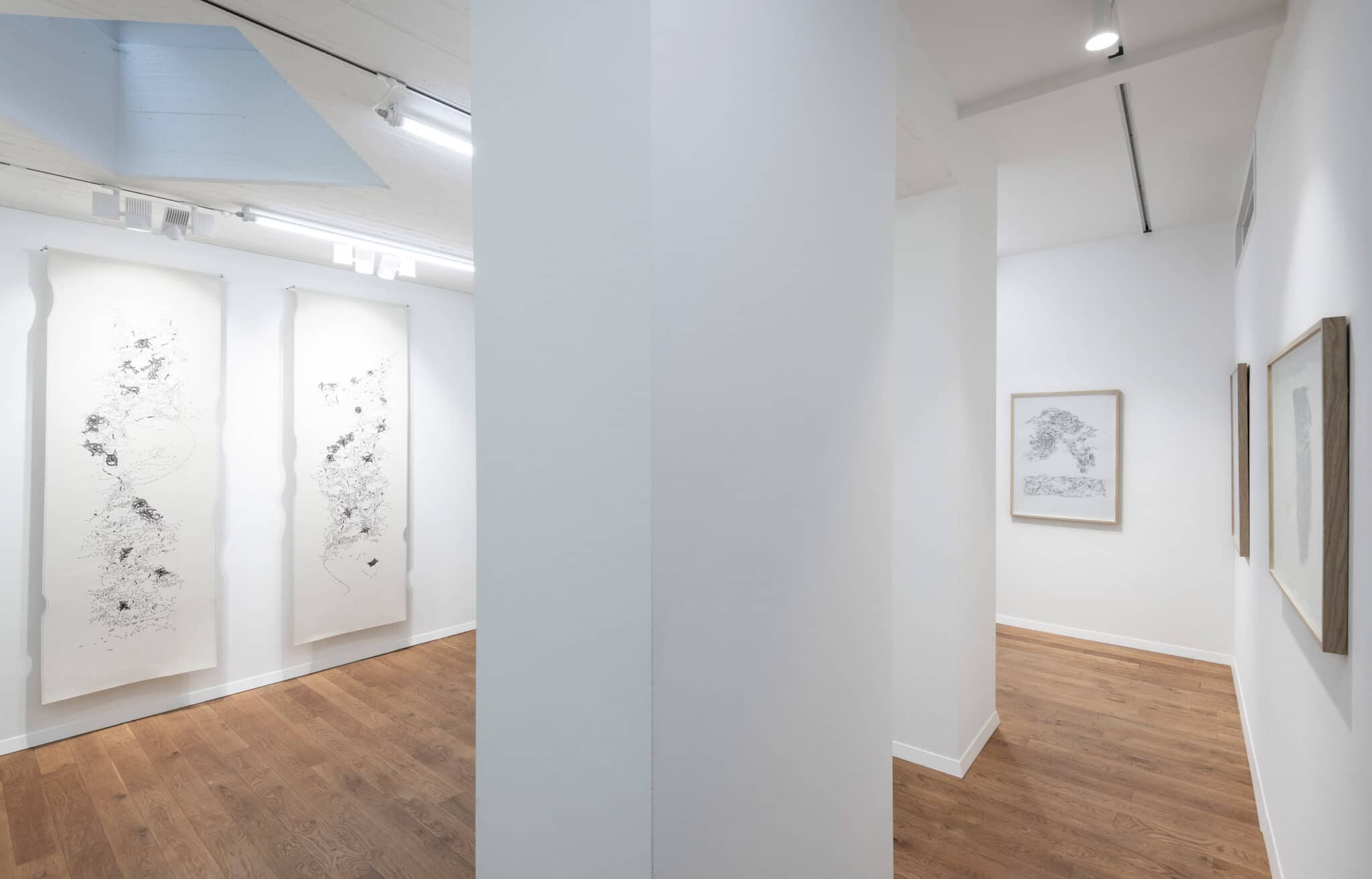 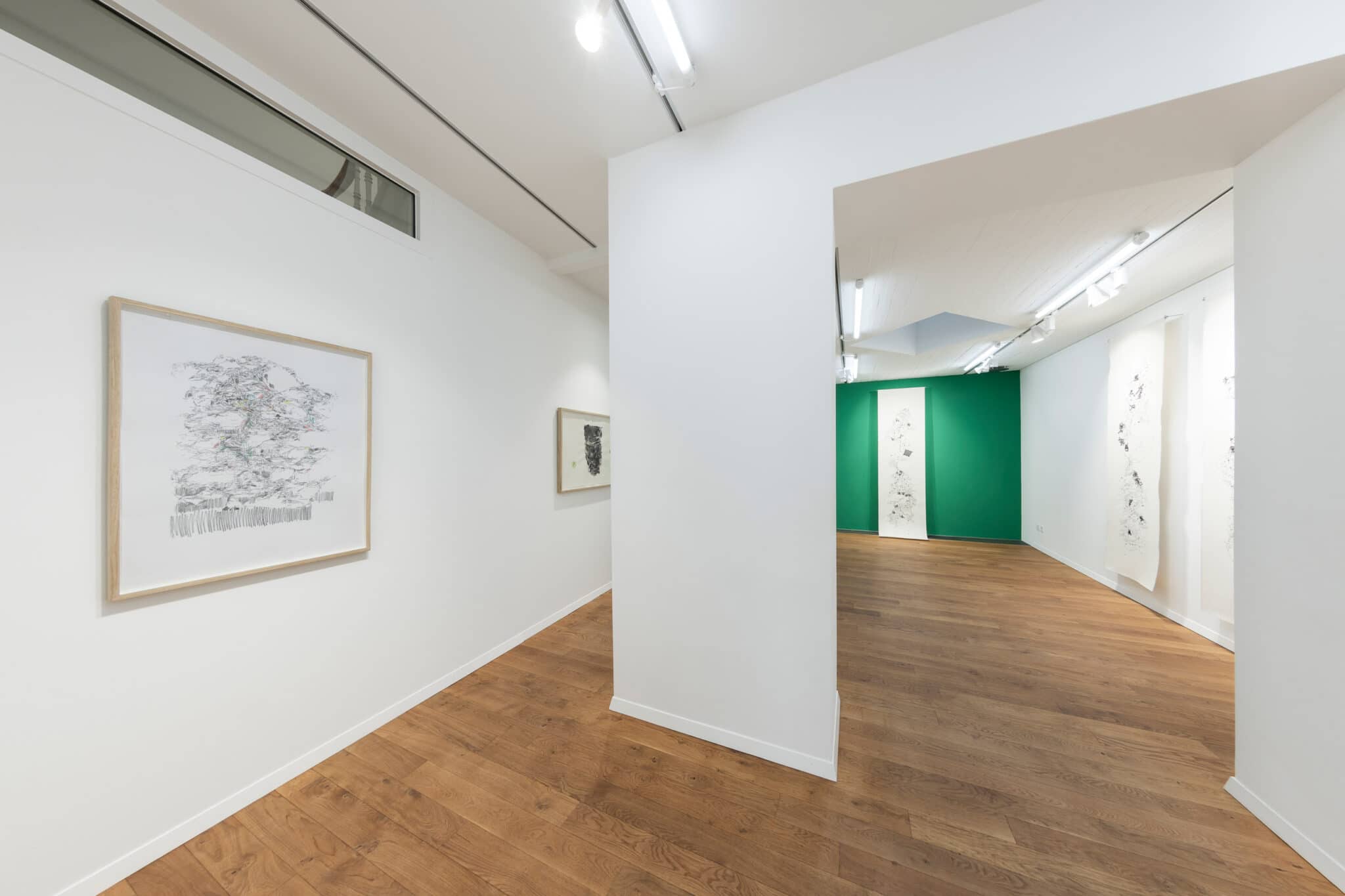 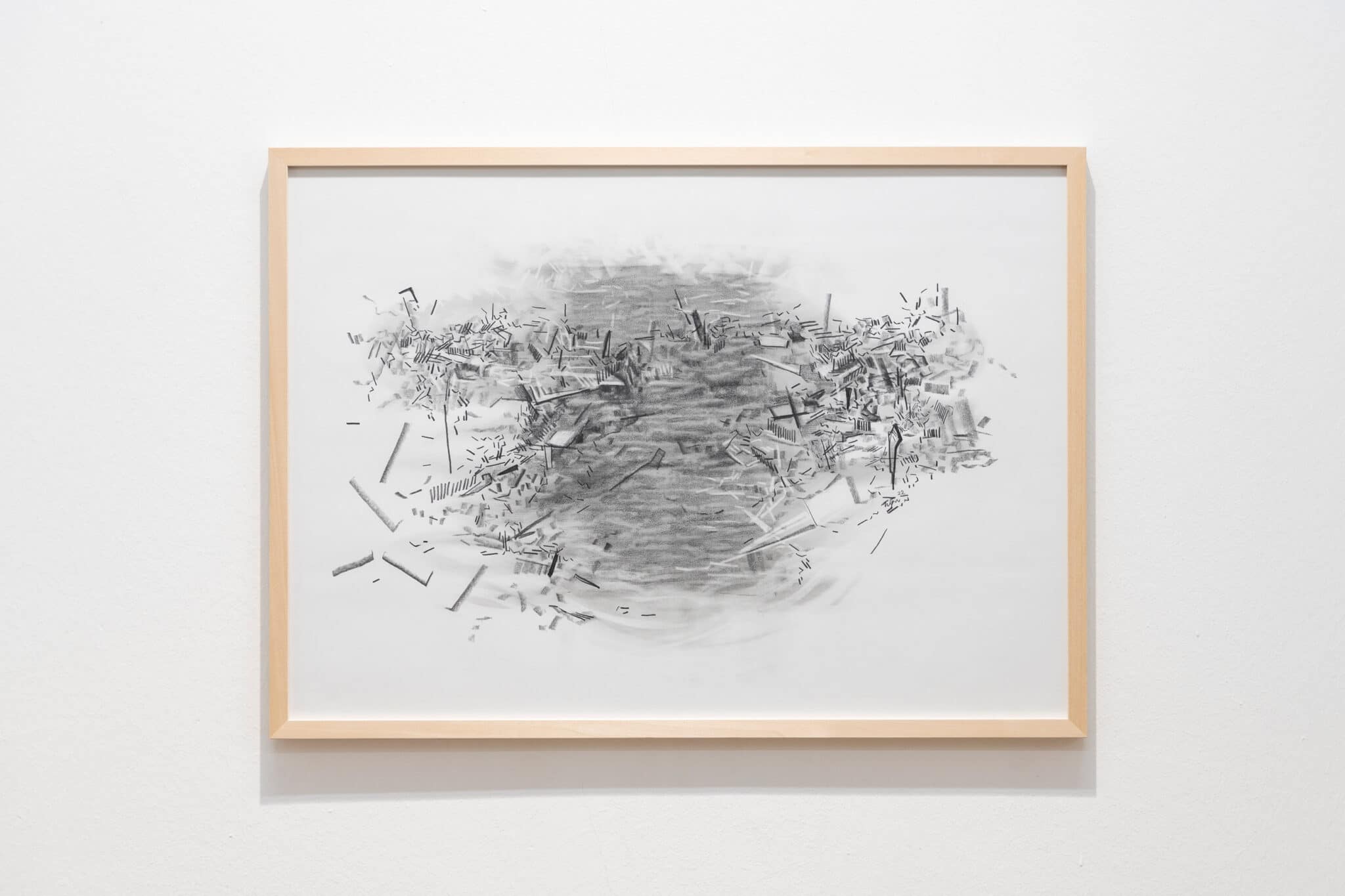 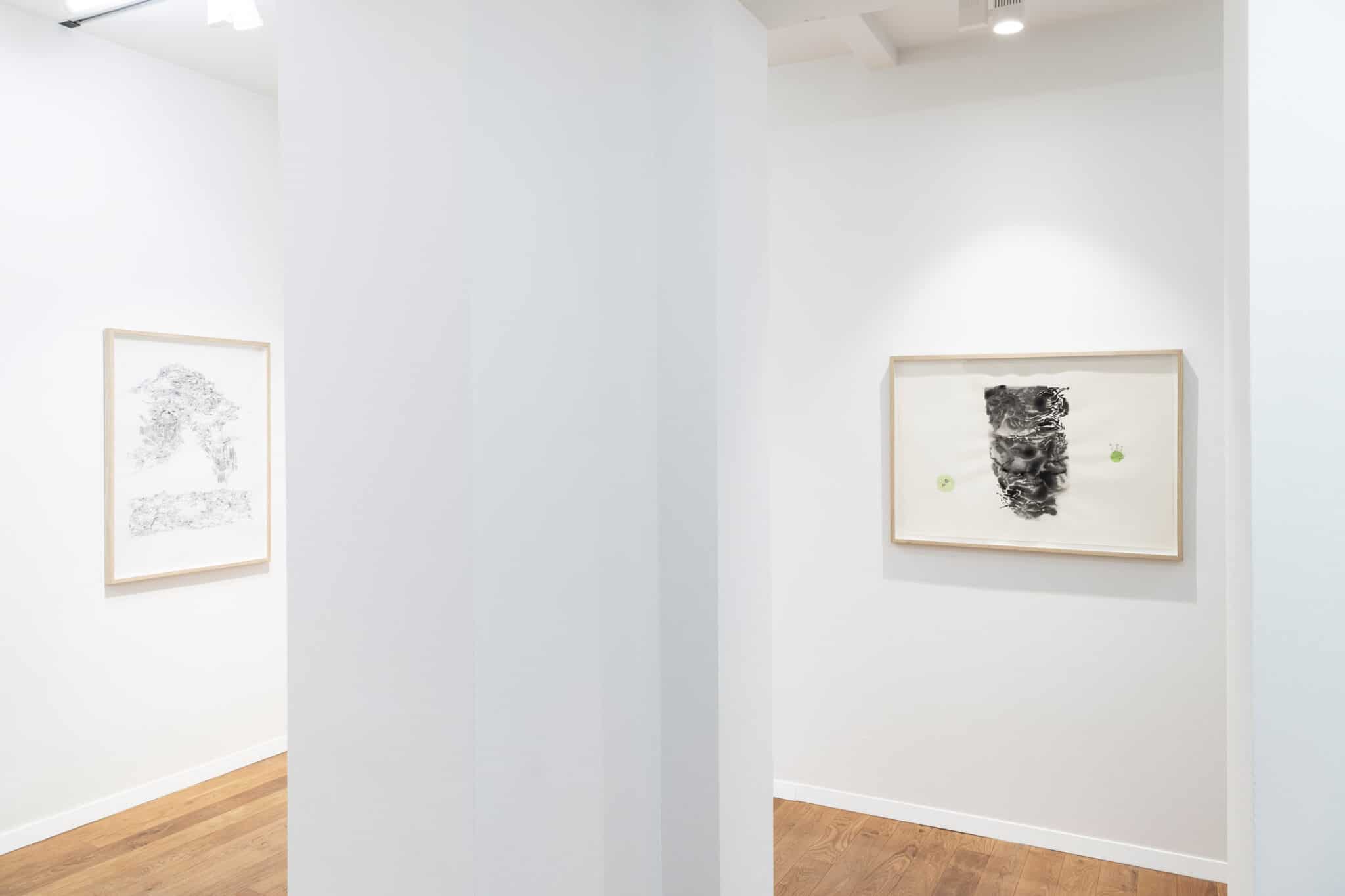 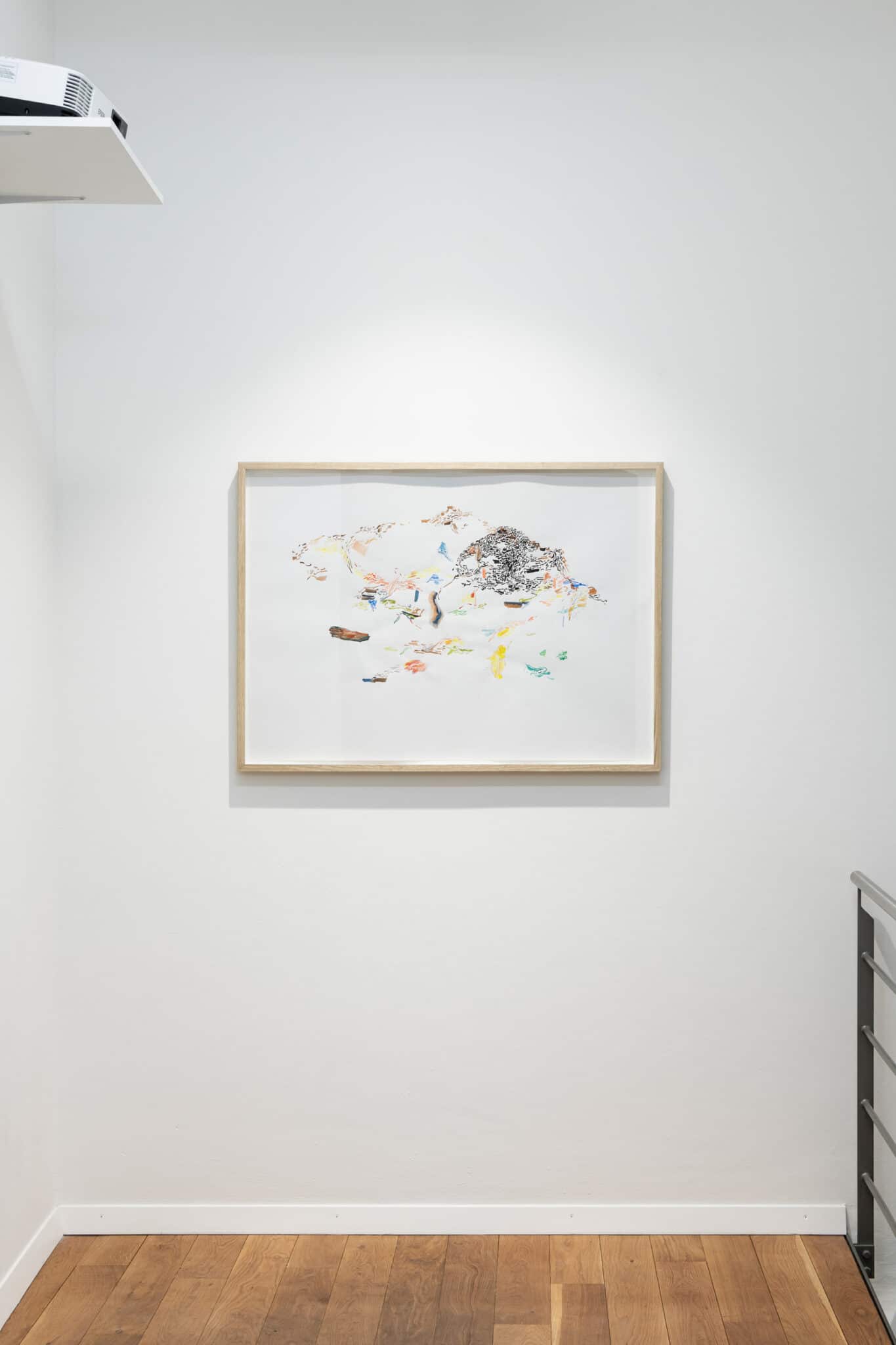 The exhibition takes its name from the word ‘mono’, which in Turkish means ‘uniqueness’. During the production process of her artworks, Diri blends the concepts of history, memory, culture and nature with a visual culture based on tradition, colliding cultural distinctions and similarities in the context of art and craft on a formal plane.

Considering cultural visual heritage as a layer of memory, the artist uses the traditional aesthetic as a language of expression that meets today’s critical discourses and concepts.

Based on the idea that representation of nature in art is directly related to social and political perceptions, Diri brings an eco-critical approach to her works in the exhibition, emphasizing the traces left by human actions on the ecosystem.

In “Mono-Signs” the artist sets out with the idea that masses are a cultural phenomenon of consumption, and she physically and metaphorically divides these accumulations into pieces in her mind, then rearranges them on the painting surface by stacking, sorting, accumulating and filling, and combines them through repetitions. These images, evoking the representation of nature, the abstracted and transformed traces of garbage piles stacked on top of each other, become the landscapes of our age.

In the stack-compositions of the artist, which she creates spontaneously with a geometric and organic line, waste, litter, trash and garbage appear as heaps, recreating the image of natural disasters, catastrophes and destruction.

Around elements such as elegant handcraft, labor and productivity, the artist not only conveys the historical context of embroidery but also performs artisanal competence in working with materials and techniques. While doing so, Diri gives us clues to penetrate into the deep roots of an understanding rather than producing an art object.