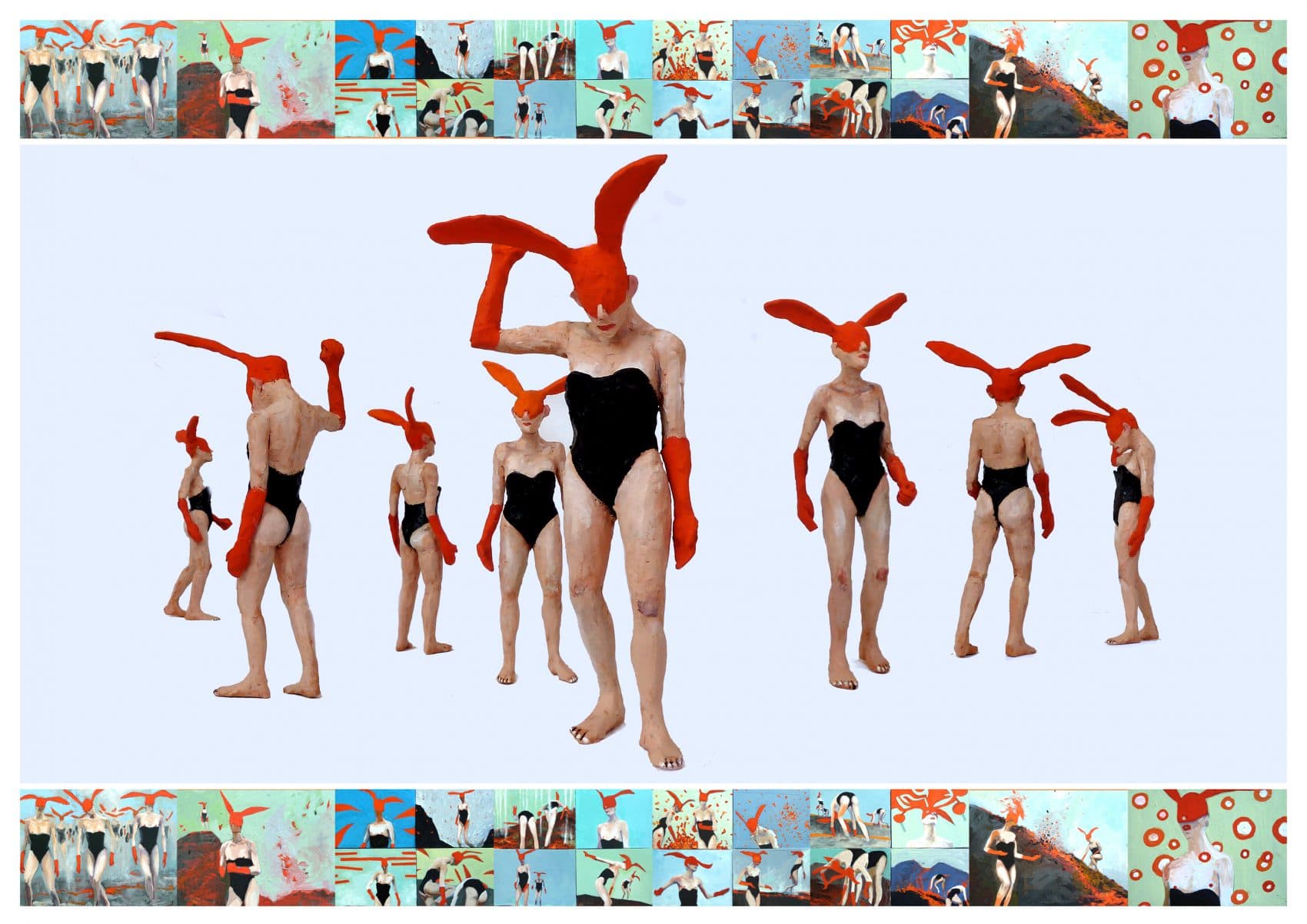 Volker März is a multi-disciplinary artist working as sculptor, painter, photographer, writer, filmmaker, performer and musician. He had solo shows across Europe since 1995, published more than 10 Artist’s books, and participated in numerous group shows at Kunstverein Mannheim, Martin Gropius Bau, Berlin, Neuer Berliner Kunstverein and Haus am Waldsee, Berlin. He dedicated his works to various European authors and philosophers such as Friedrich Nietzsche, Giordano Bruno, Martin Heidegger, Heinrich von Kleist, Marquis de Sade, Walter Benjamin, Georges Bataille, Peter Sloterdijk, Rolf Dieter Brinkmann and Hannah Arendt. März establishes imaginative scenarios where renowned figures such as Joseph Beuys, Pina Bausch and Franz Kafka engage in dialogues amongst themselves. Through their dialogues and with references from history he criticizes ironically and amusingly the state of humanity in modern times.

Volker März comments on the women of the vulcano: “Hundreds of years ago beautiful young women were thrown into the fiery cauldrons of volcanoes, because we thought volcanoes could be pacified that way. Each of these women has survived until today. Recently, these immortal volcano-women have begun to assemble behind our backs to help mankind’in secret, invisible, unconditionally.”

In his works, the figures can be frightening, but they can also be comical, remarkable, touching, erotic, masochistic, weird, dreamy, life-like or surreal. In short, they could be compared to the population of a star – maybe smaller, possibly more honest, than our own planet – where thoughts manifest themselves physically. And yet they are closely related to us; we recognise them – and perhaps ourselves, too, occasionally – in the little people, representing our feelings, our secret thoughts, our wishful thinking and reflections, moved by or torn between the emotional and intellectual poles of our being. And he comments, “If there’s one thing that has underpinned my work as an artist it’s the certainty that I am ever straddling unreconciled opposites which form a river that should be left in its unsmoothed state. Harmony without disharmony is nonsensical”.

One thing is certain: for März there is more than simply one view, the “proper” view, of reality.