Ramazan Can
I am neither on the earth nor in the sky
September 9 – November 18, 2021
Istanbul

As a continuation of Ramazan Can’s previous exhibition “Evvel Zaman İşi” (Once Upon A Time…), which was also held at Anna Laudel Gallery in 2018, “I am Neither on the Earth Nor in the Sky” presents to the audience Ramazan Can’s journey over the years, in pursuit of his memories in the region where the nomads live.

Identifying the act of settling (or landing) with birds, the artist emphasises that the nomads were as free as birds as long as they were able to migrate. However, this freedom was taken away from them as a result of the resettlement policies implemented. Today, there is no place for nomads neither on earth nor in the skies. In order to convey this reality to the audience, Ramazan Can reflects his memories in his works, which serve as a bridge between the past and the present. With its title, the exhibition also refers to the actions of settling and migrating, which are used to describe the nomads.

The exhibition, which spreads over two floors of the gallery and features works produced with different materials, consists of three parts around the themes of Nomadism; Shamanism and Identity Issues & Art Appropriation (temellük sanatı) as seen from the perspective of the artist.

Nomadism
In the first section of the exhibition, Can deals with the theme of nomadism and refers to Anatolian culture and traditional handicrafts using old carpets, neon works and sculptures.

In his works, Can sets forth Jacques Derrida’s criticism of the concept of logocentrism, according to which the primary (positive) notion in a dichotomy cannot be addressed without the other (negative), because the first notion only becomes meaningful in combination with the second. In his half-neon and half-carpet artworks, the artist questions the relationship and the hierarchy between these two means of expression, like for instance old-new, up-down, earth-sky, art object-ordinary object.

Shamanism
“I am Neither on the Earth Nor in the Sky” emerged as a result of Ramazan Can’s research on traditional rituals. With this exhibition, the artist pursues memories of healers’ rituals he witnessed as a child, as he was taken to such healers for the treatment of his childhood ailments. In his artworks, the artist reveals that most traditions can be traced back to Shamanism, the belief system before Islam. These traditions, which can also be seen as proof that some rituals of mythological origin still exist, help the artist to approach current problems from a ‘Shamanist’ point of view.

While seeking answers to these problems, and with the methodology he follows inspired by shamanism, the artist is able to establish connections between the past and the present and compares the modern with the primitive.

This current exhibition “I am Neither on the Earth Nor in the Sky” , which is a continuation of Ramazan Can’s previous exhibition, conveys a similar chronology and promises an experience of the nomads, as well as a contemporary interpretation of Shamanist motifs such as bulls, deer and wolves, which are the main source that nourishes the traditions of the nomads. The large, thick body lines and exaggerated hands and feet he uses in his figures reflect the mysticism inherent in Shamanism.

Appropriation and Identity Issues
The third and final section of the exhibition presents artworks dealing with art appropriation and identity issues. By partly overpainting works of well-known masters of the past, Ramazan Can creates painterly collages in the context of art appropriation. In iconic paintings created by giant masters like da Vinci, Raphael, Dürer or Manet, the faces of the portrait individuals get replaced with alternative heads made by Can.

In some works, the artist takes the entire composition of the original work as a printed reproduction, and then paints his own expressive version of a portrait in thick layers of oil paint above it. In these works, the traditional act of Dekupe, which we know from the history of collage and photomontage at the beginning of the 20th century, finds a contemporary renewal.

Under the topic of identity, the third section of the exhibition includes many self-portraits of the artist which are neither naturalistic or realistic, and it also deals with the psychological state of modern man.

In the series of portraits painted in neo-expressionist style, space and time are ambiguous, as the artist doesn’t give any spatial reference in the background. In this way, as in a medieval icon, the spectator is left to solely focus on the presented face and its expression.

Alternatively, in another series where ugliness meets beauty and art meets pop, the craziness of our time and the struggle of the individual to remain sane are being underlined.

Many of Ramazan Can’s self-portraits in this series contain frames, ornamental structures as well as writings for adding cultural references of daily life to the figure.

Bringing together a rich selection of artworks produced in different techniques including sculpture, neon, painting and installation, Ramazan Can’s solo exhibition “I am Neither on the Earth Nor in the Sky” can be seen from September 9 to November 18, 2021 at Anna Laudel’s new gallery located on Kazancı Yokuşu No: 45.

*Exhibition catalogue for “I am Neither on the Earth Nor in the Sky” has been published by Anna Laudel, please contact the gallery to obtain one.

**Content of the press release is taken from the concept note written by Marcus Graf. 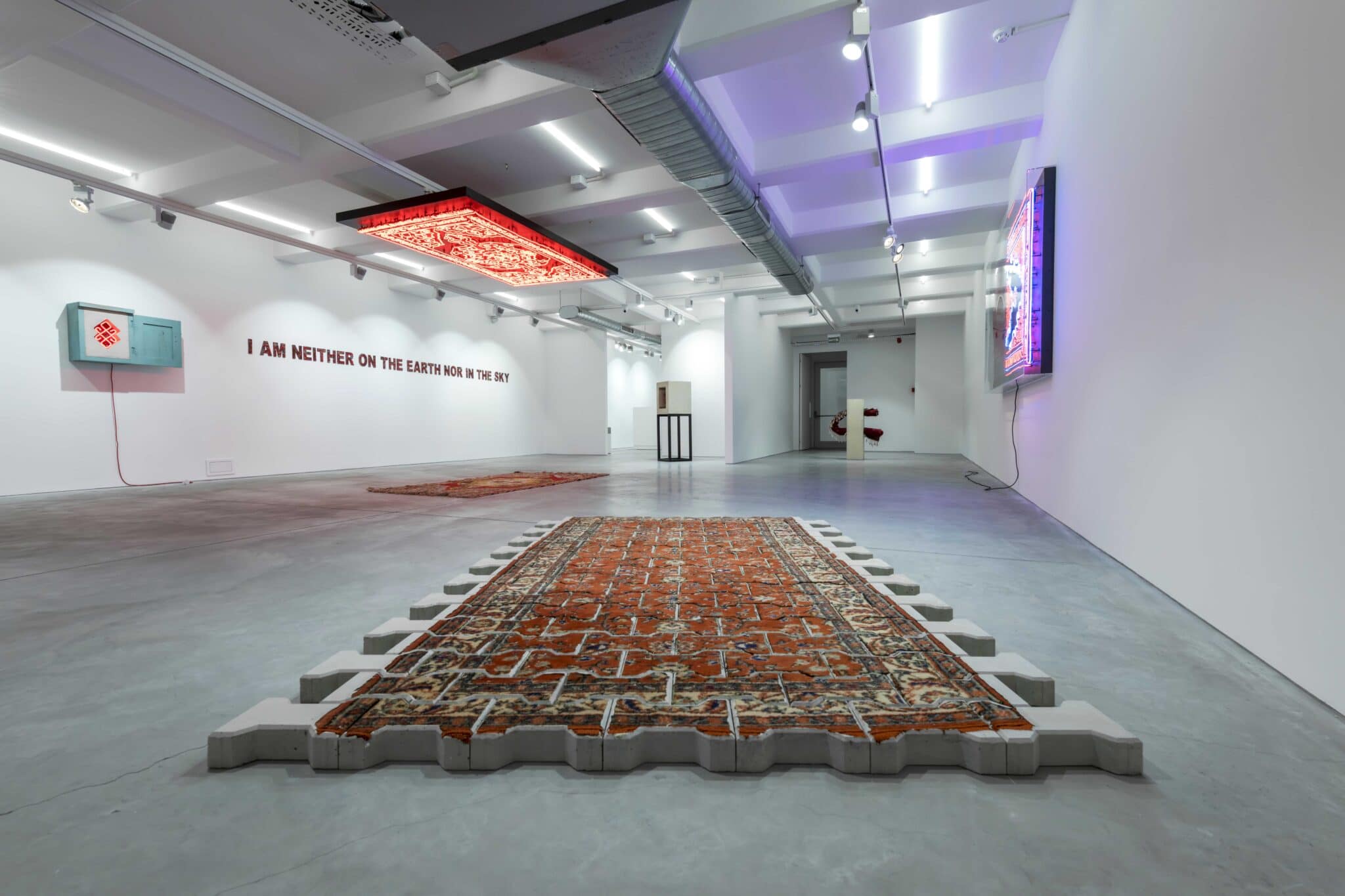 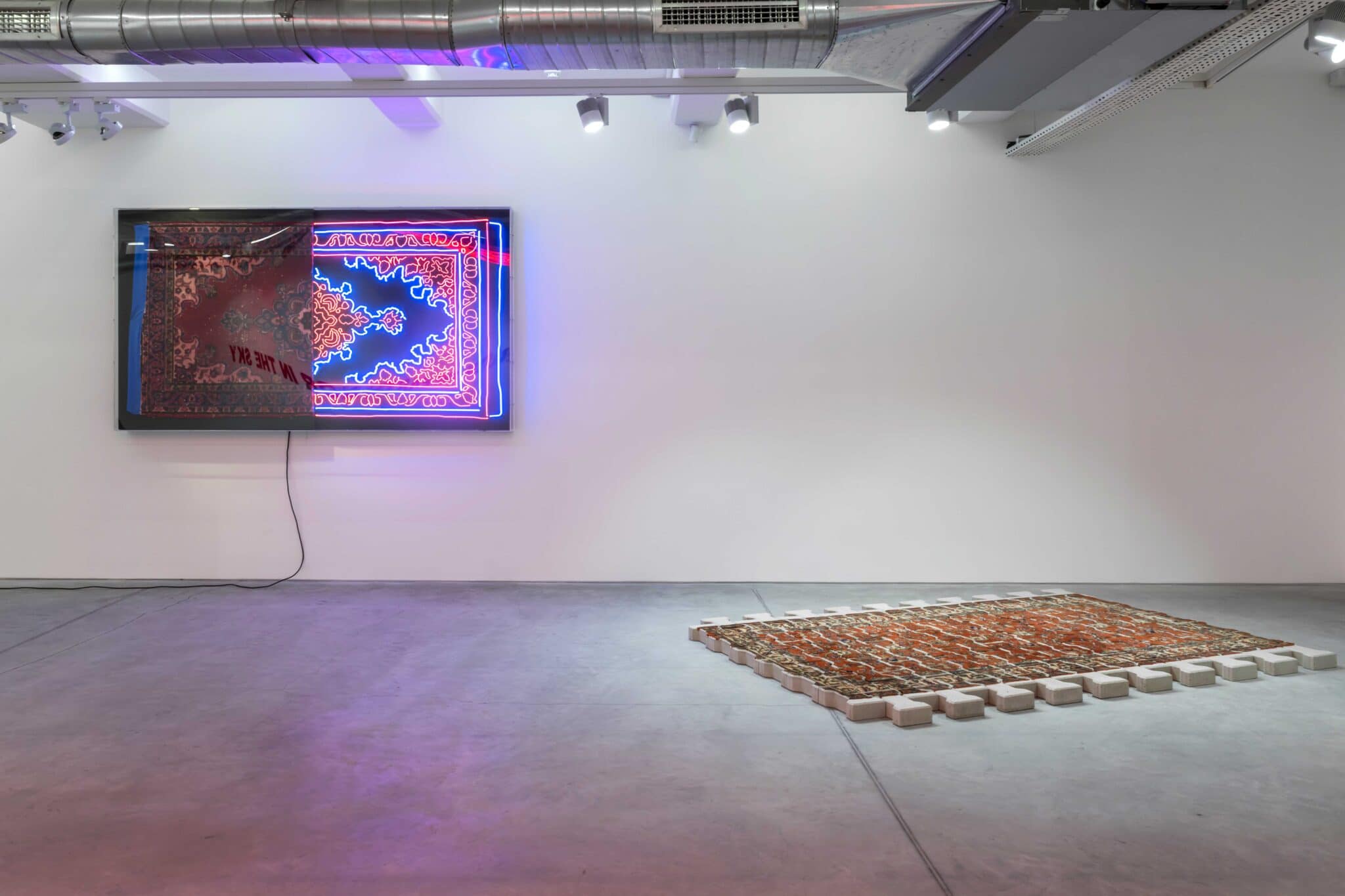 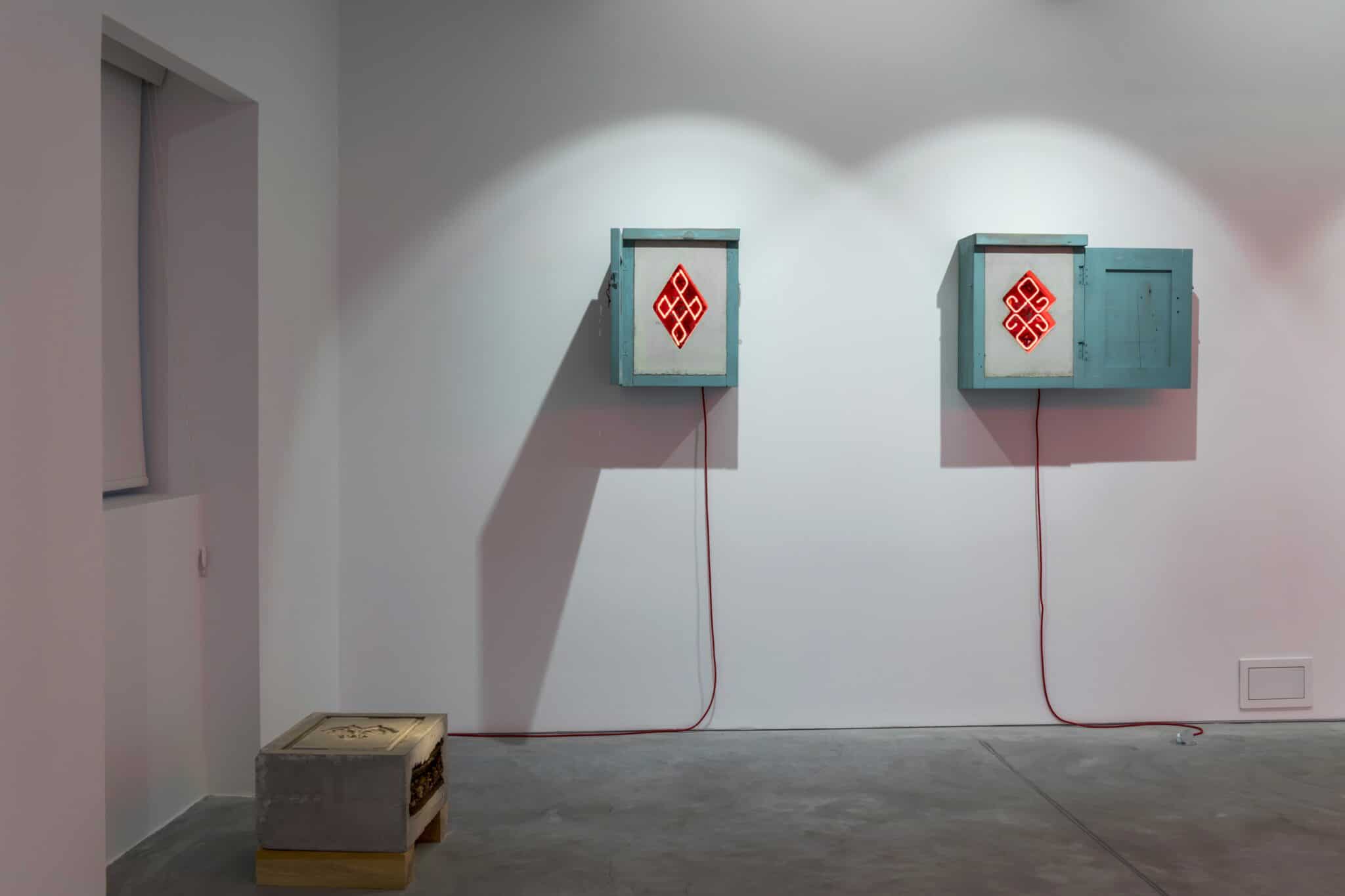 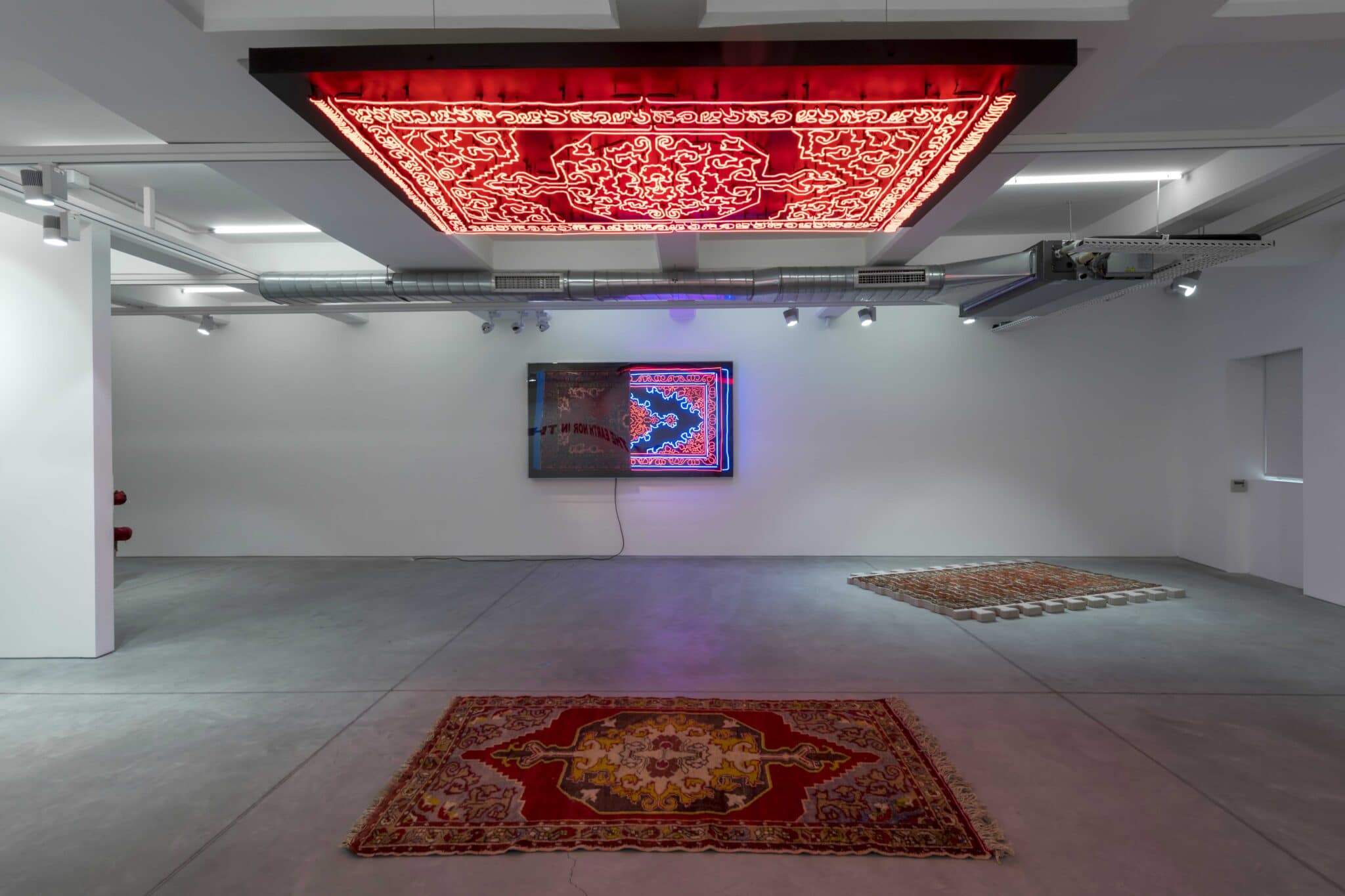 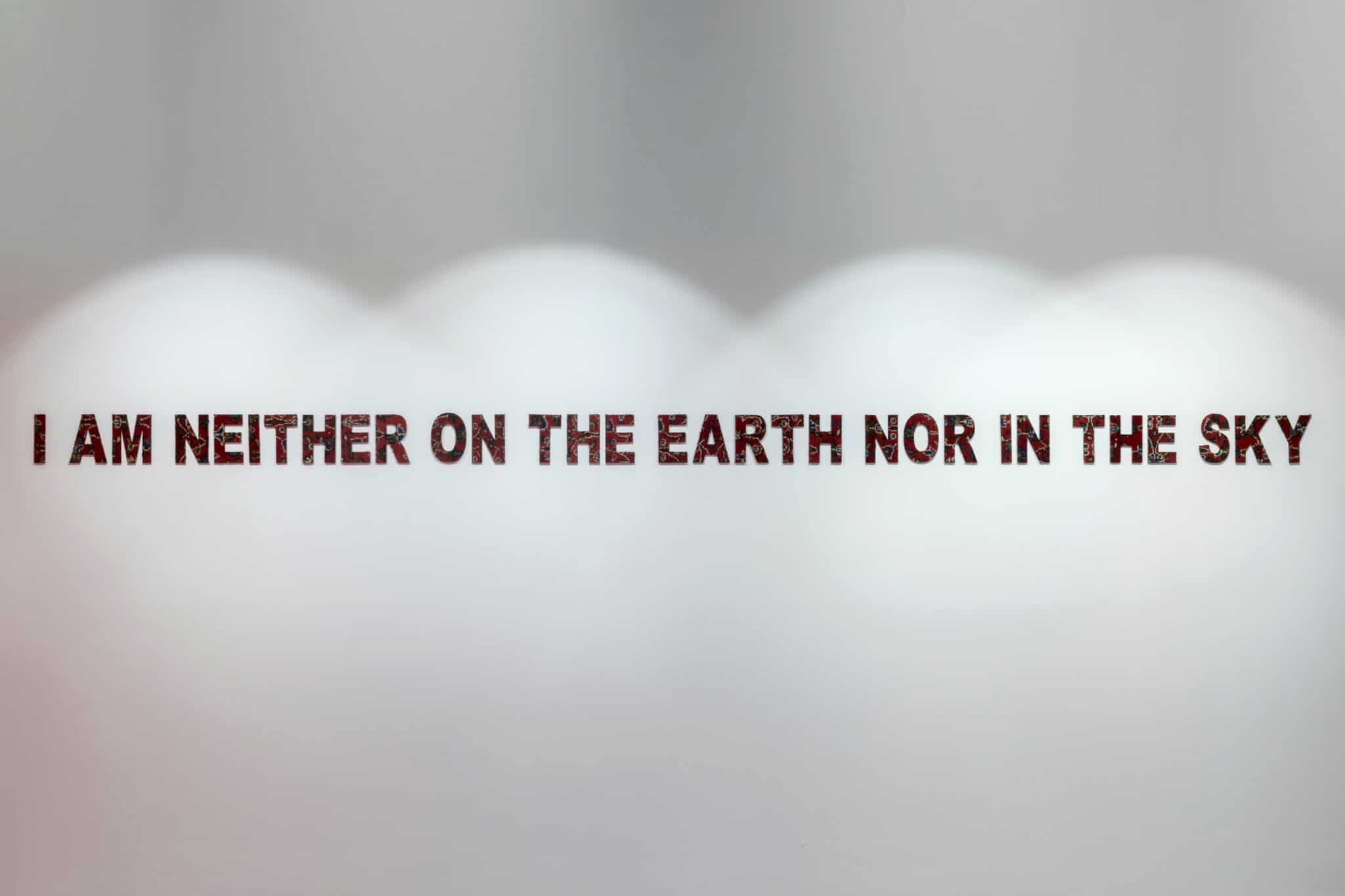 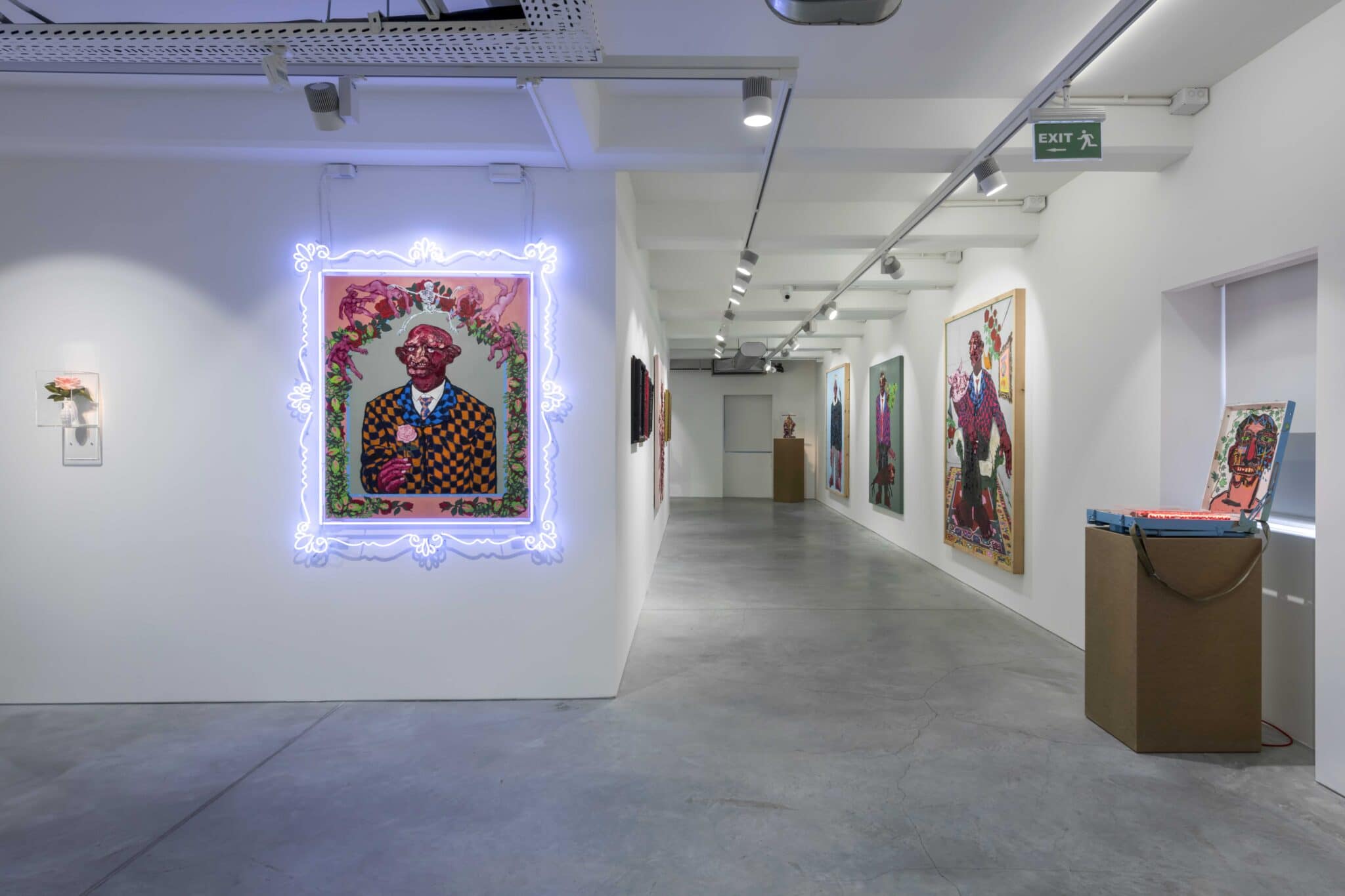 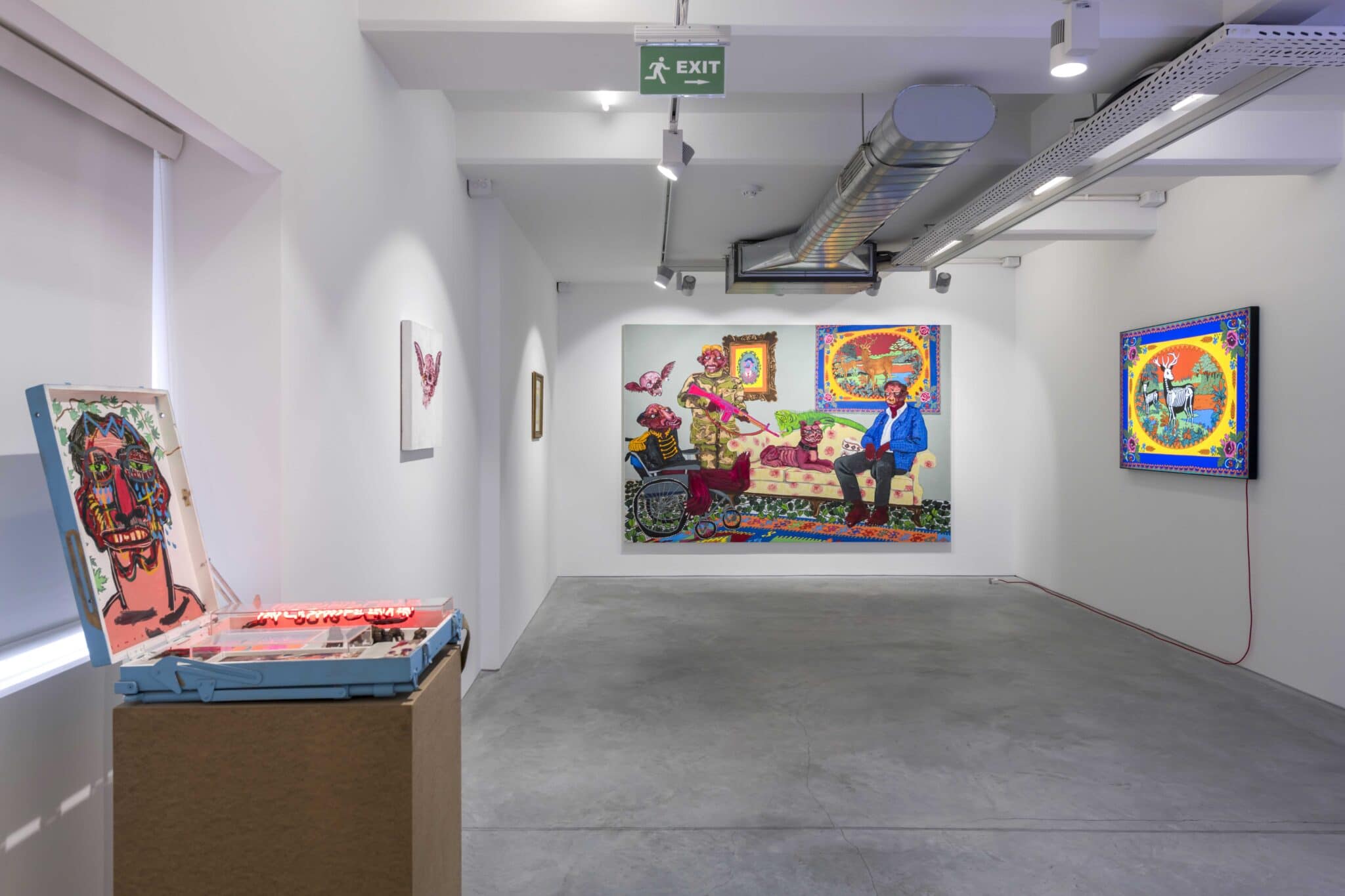 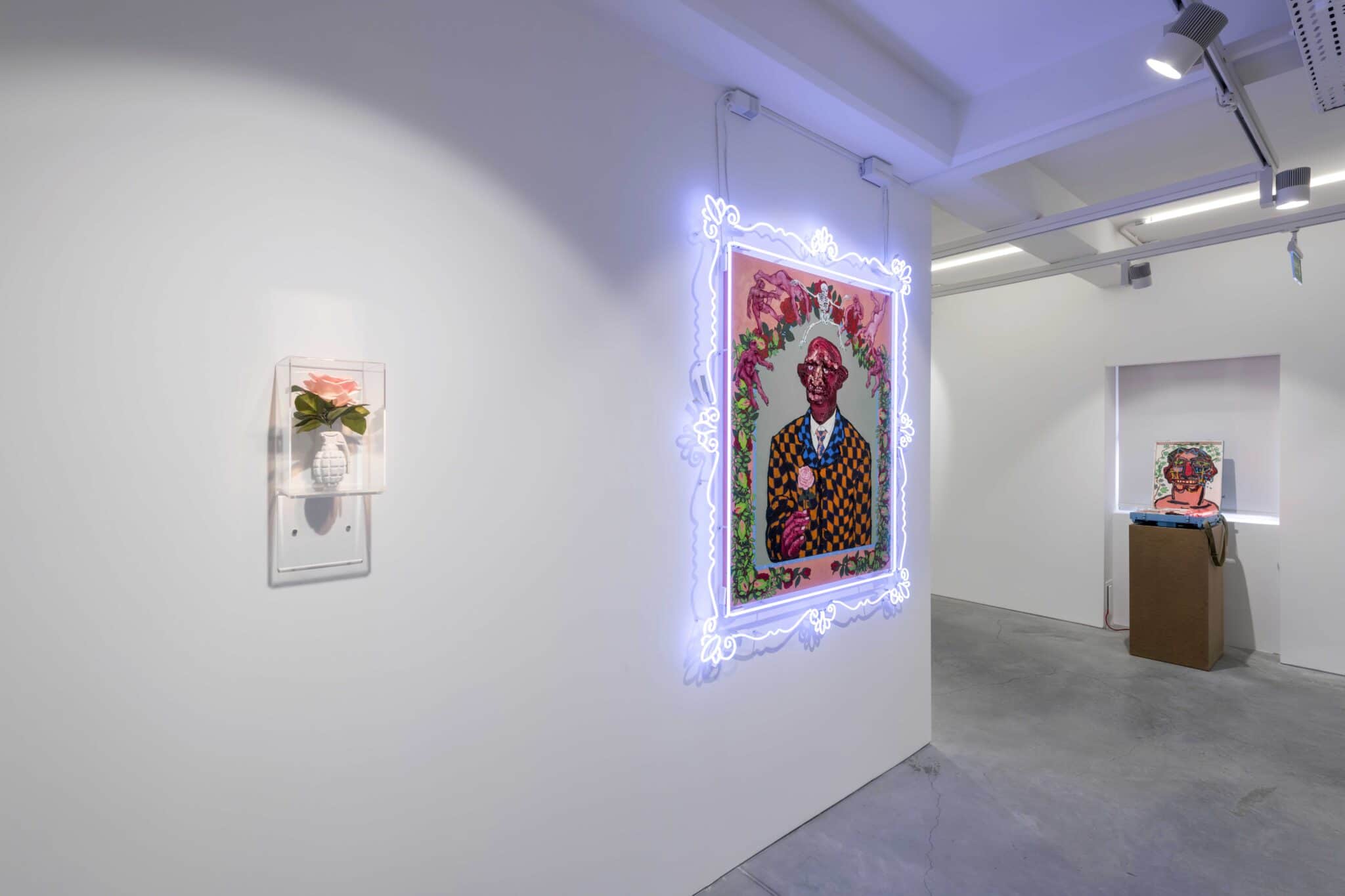 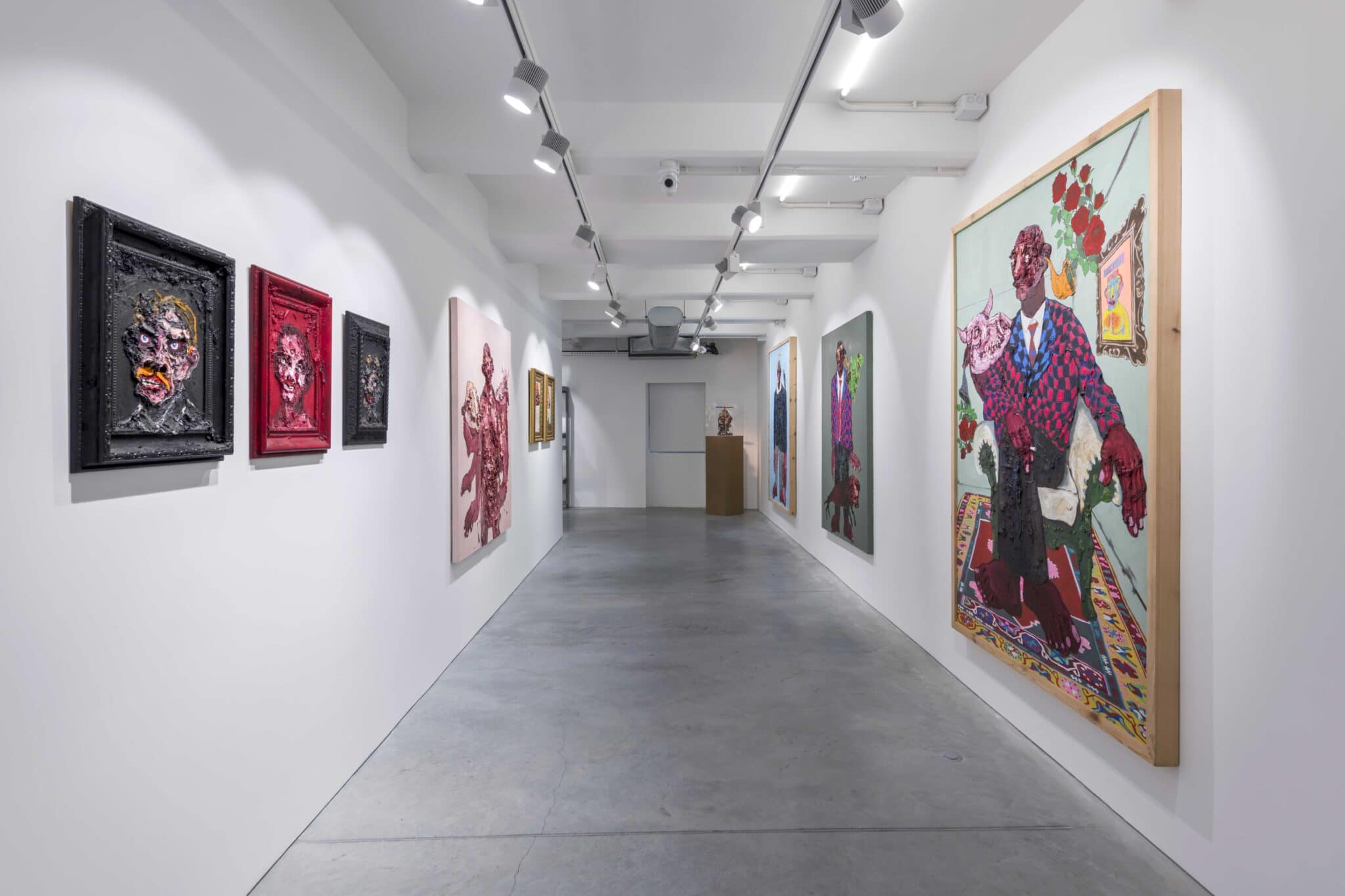 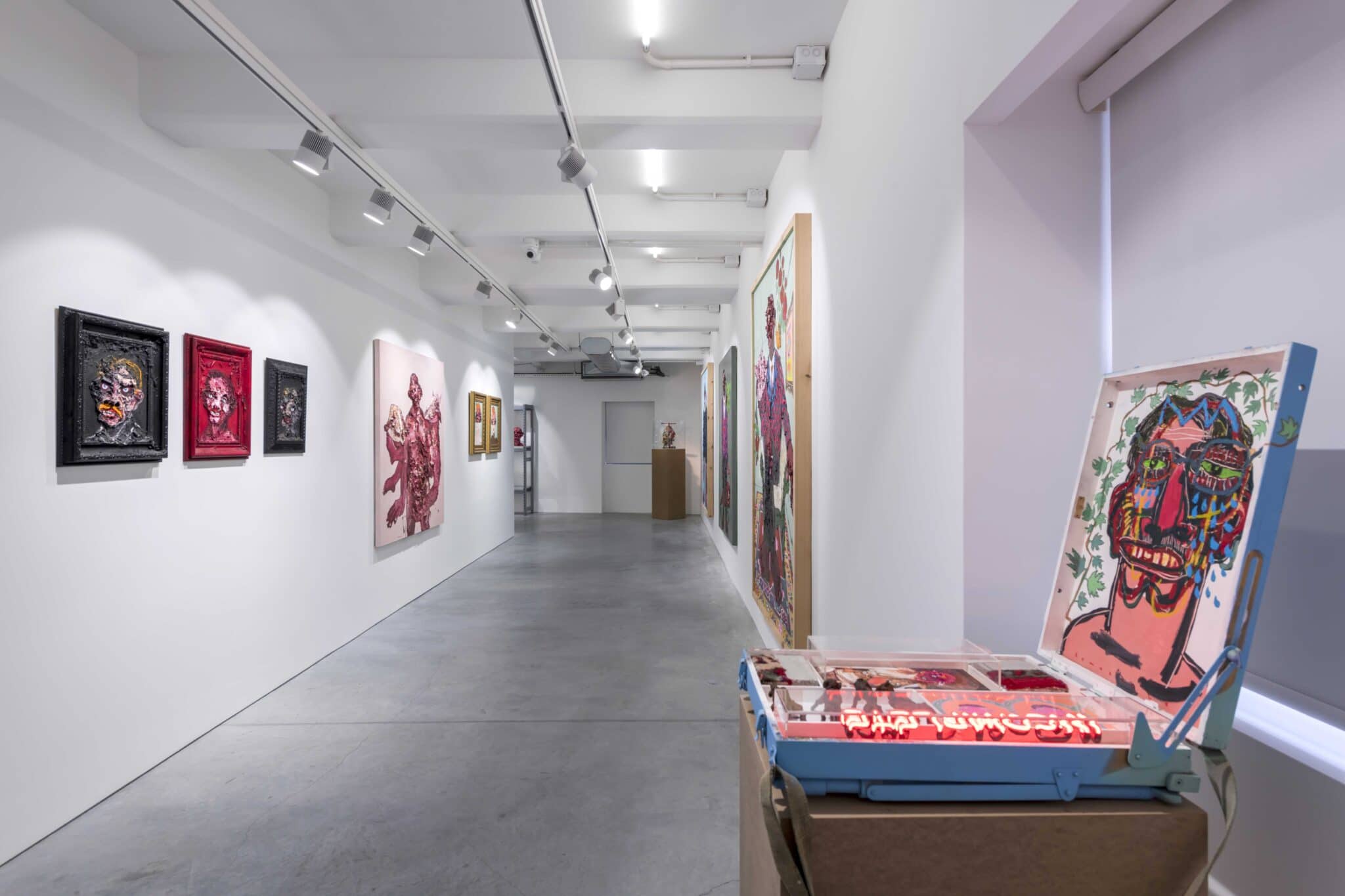 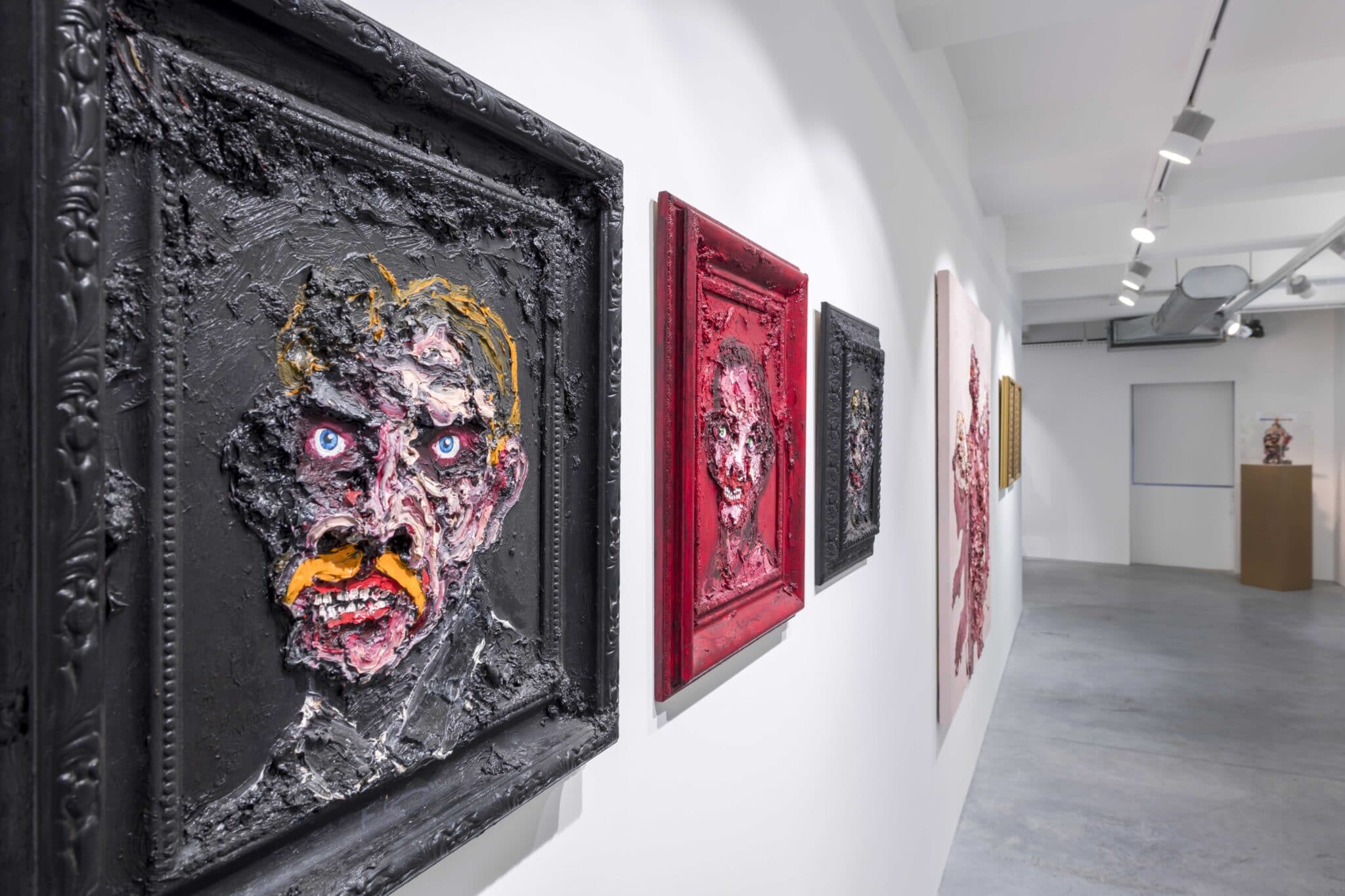 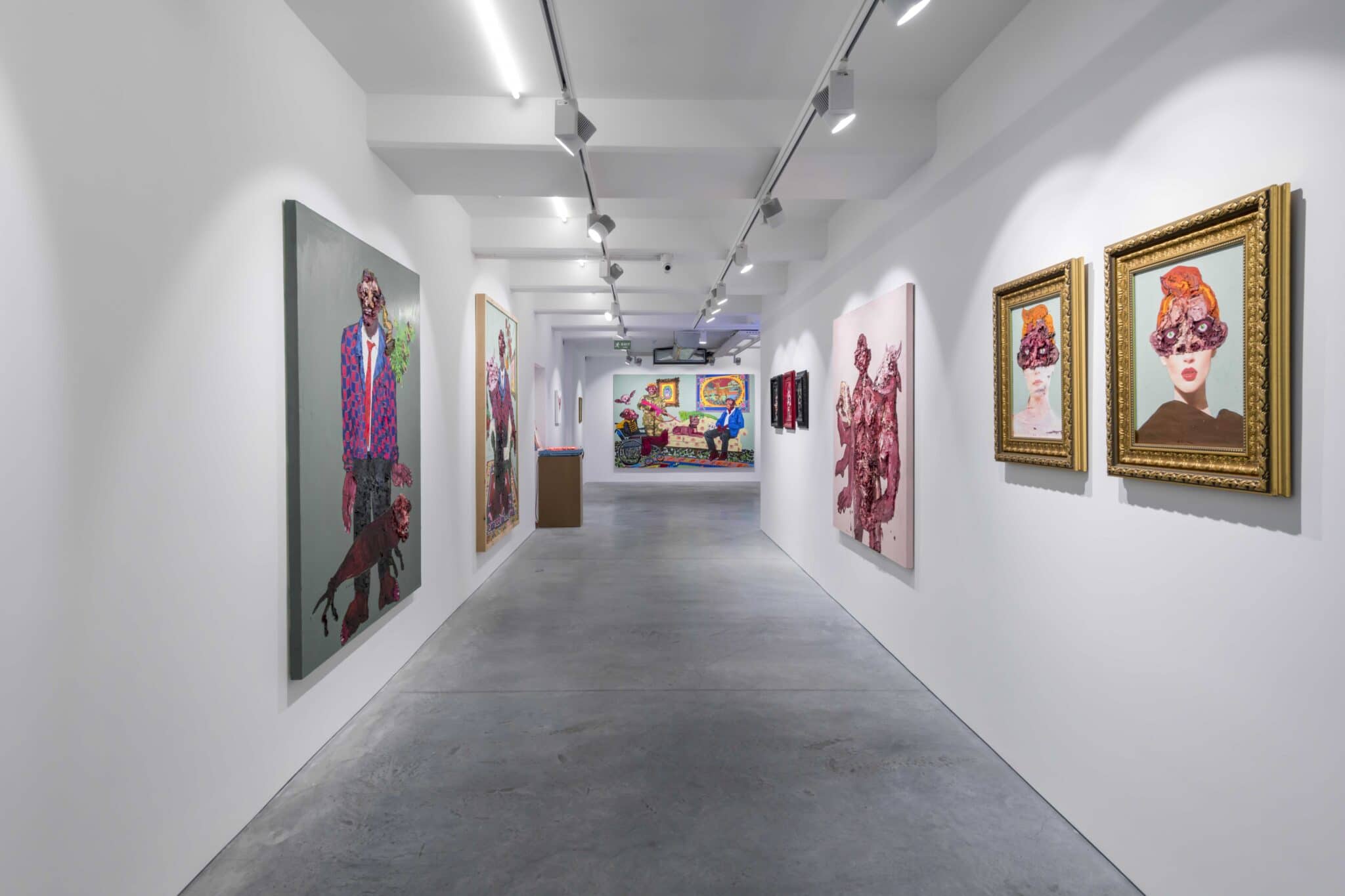 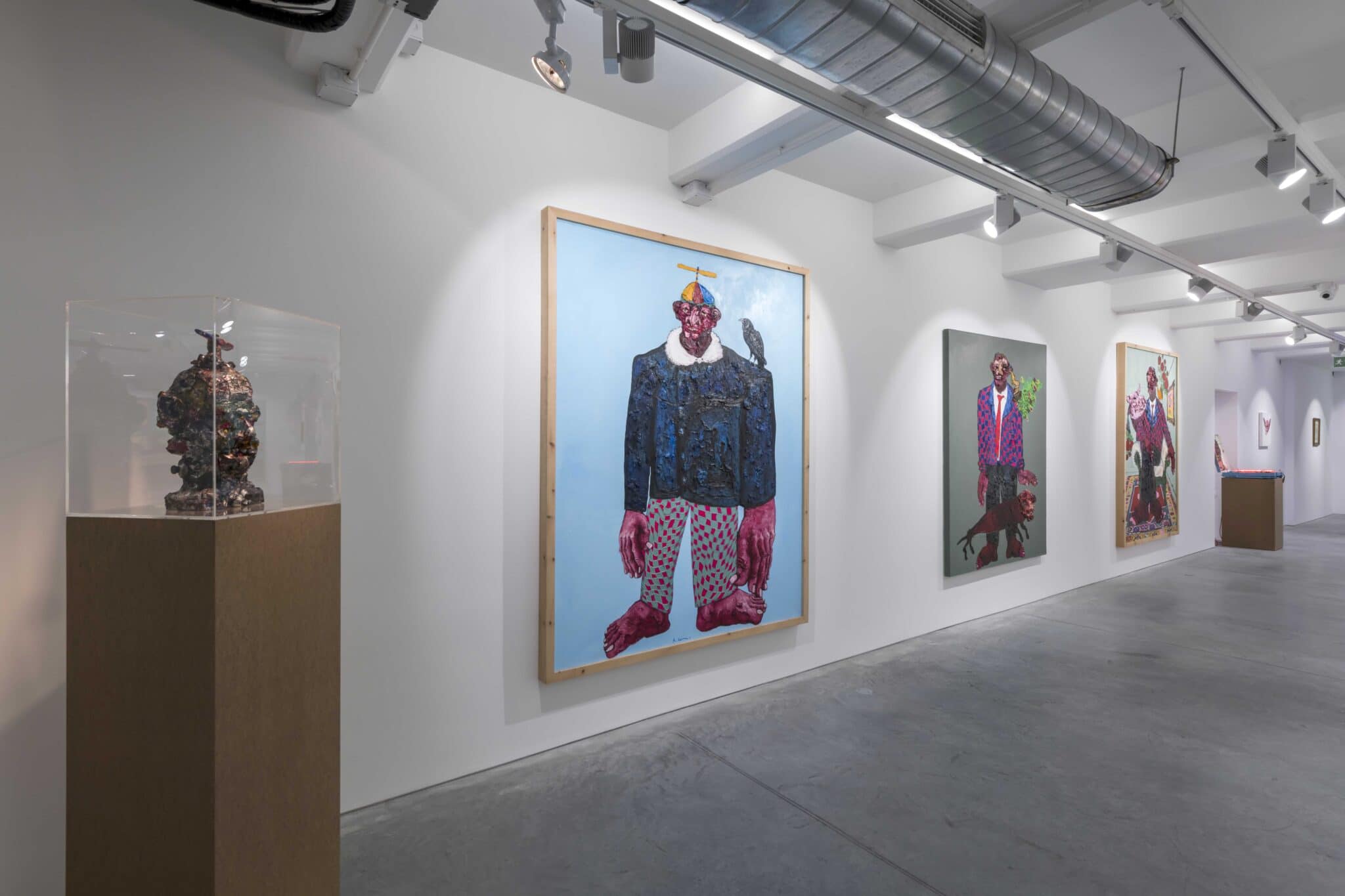 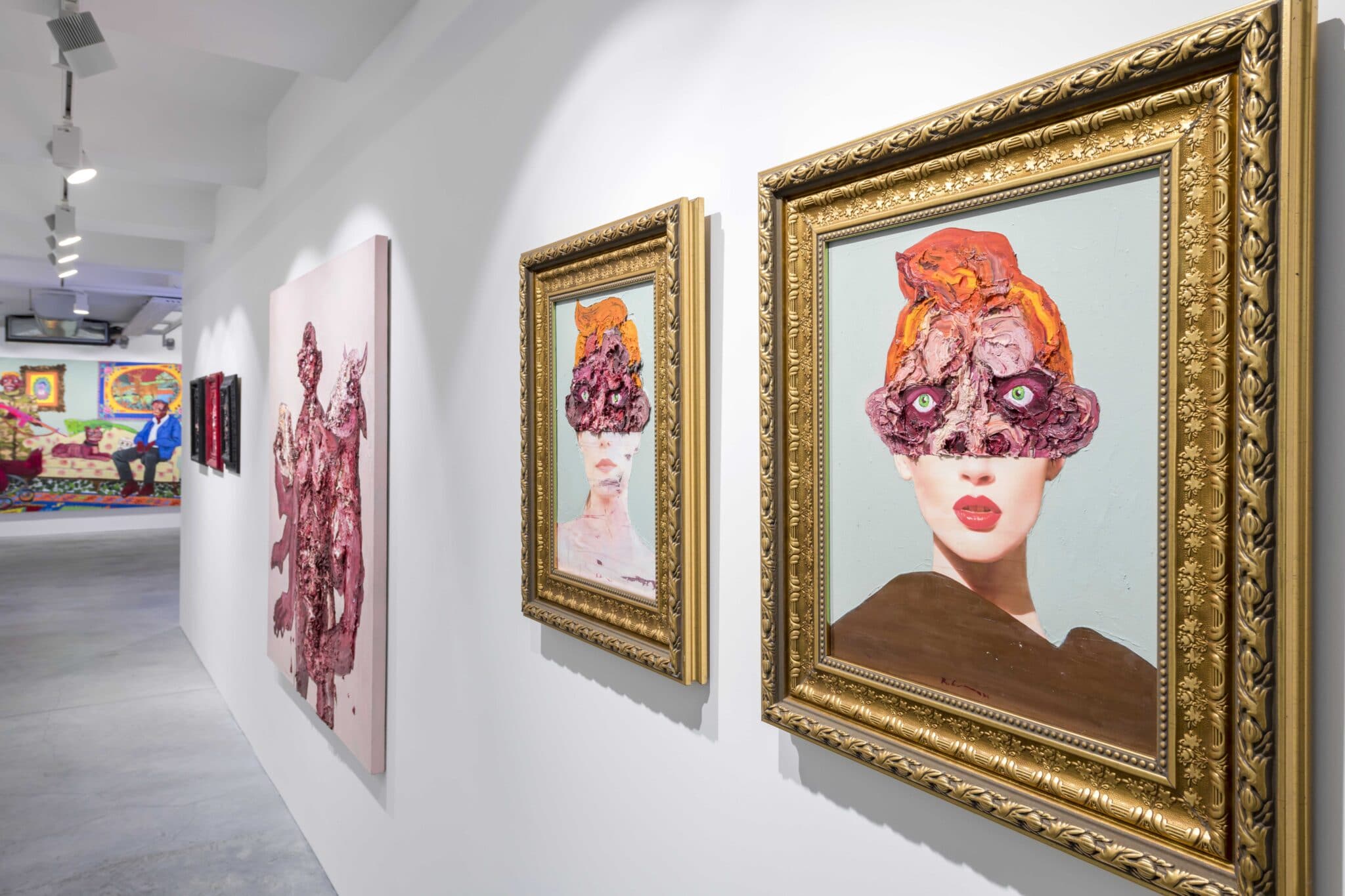 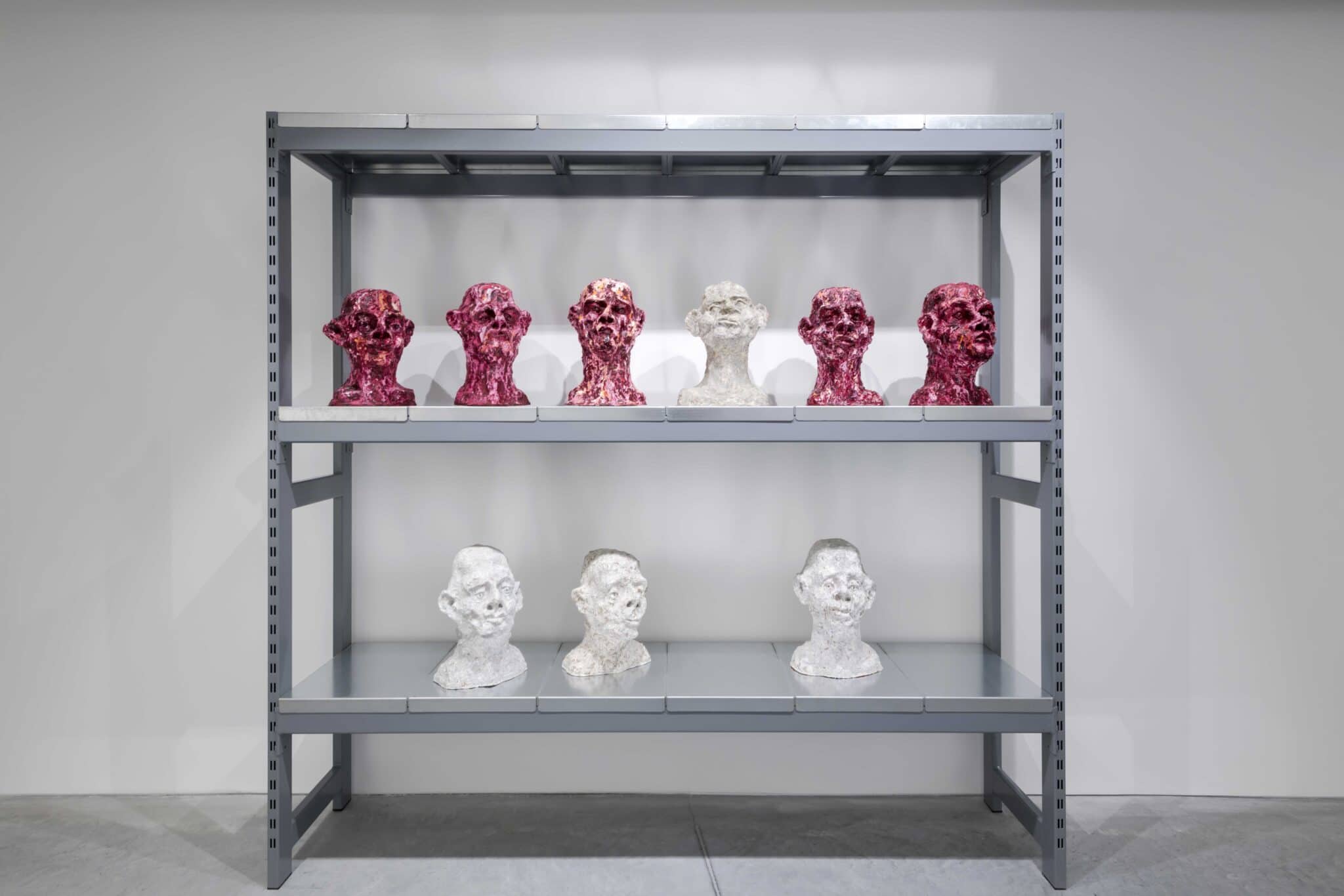 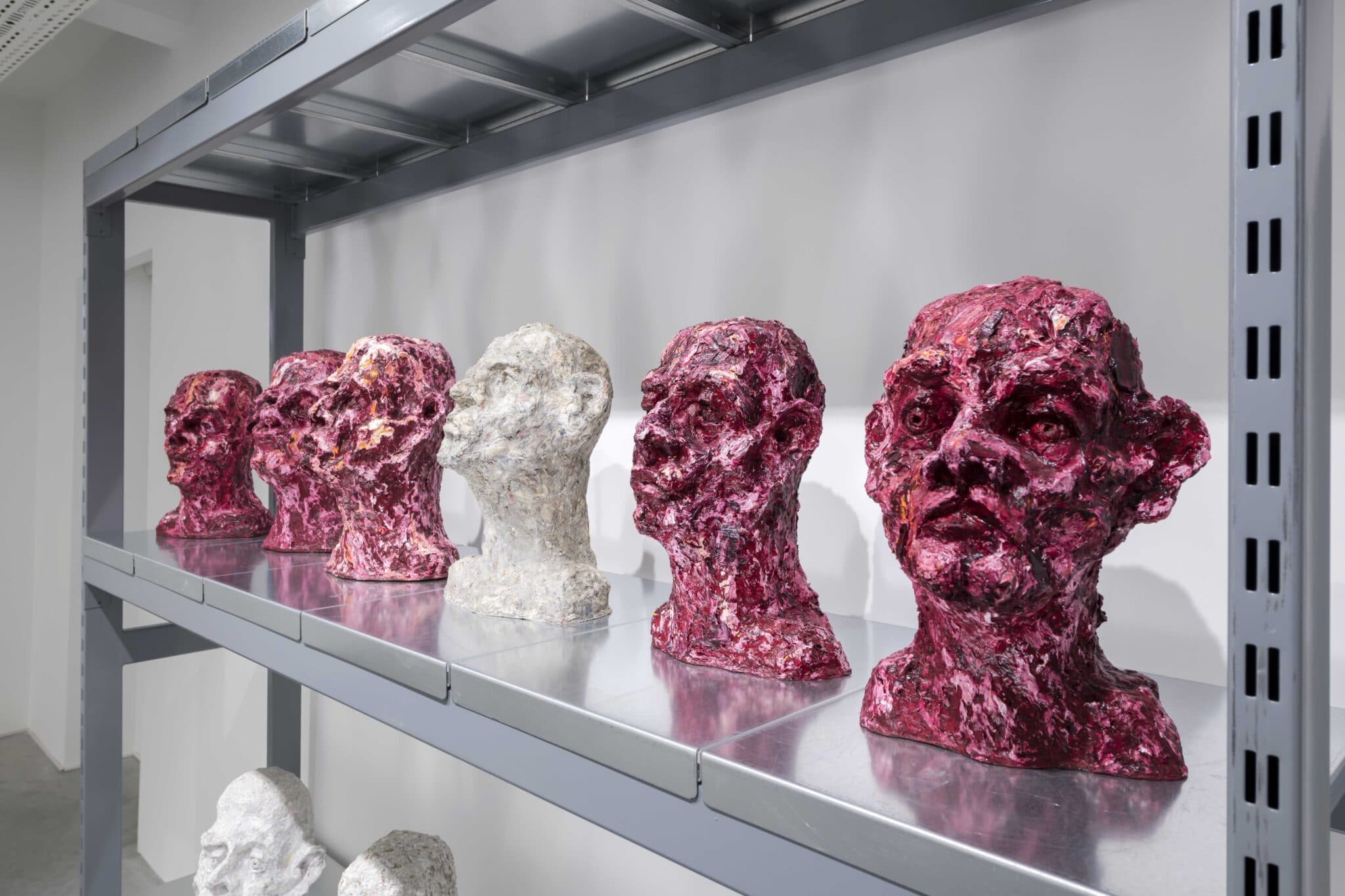 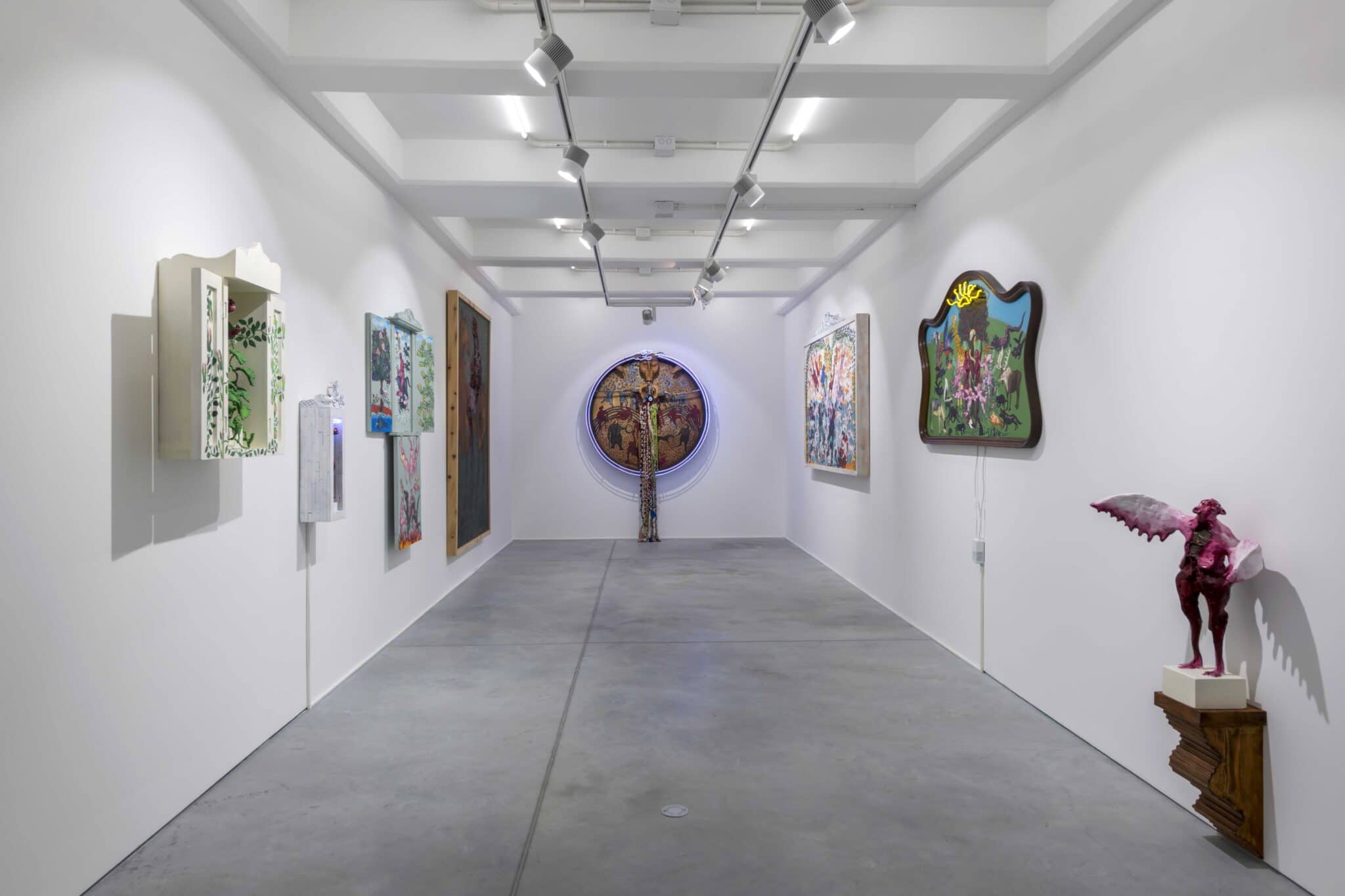 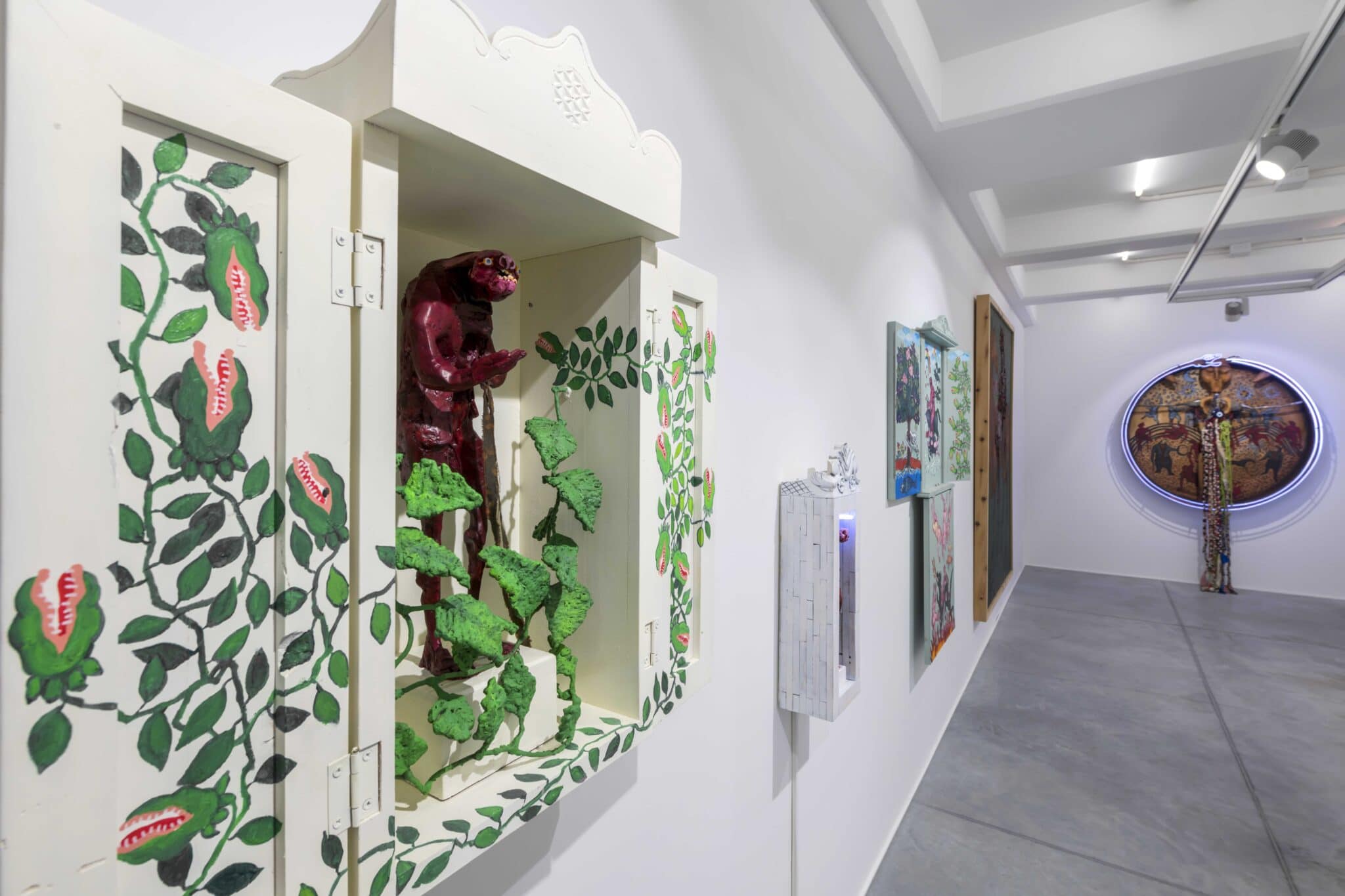 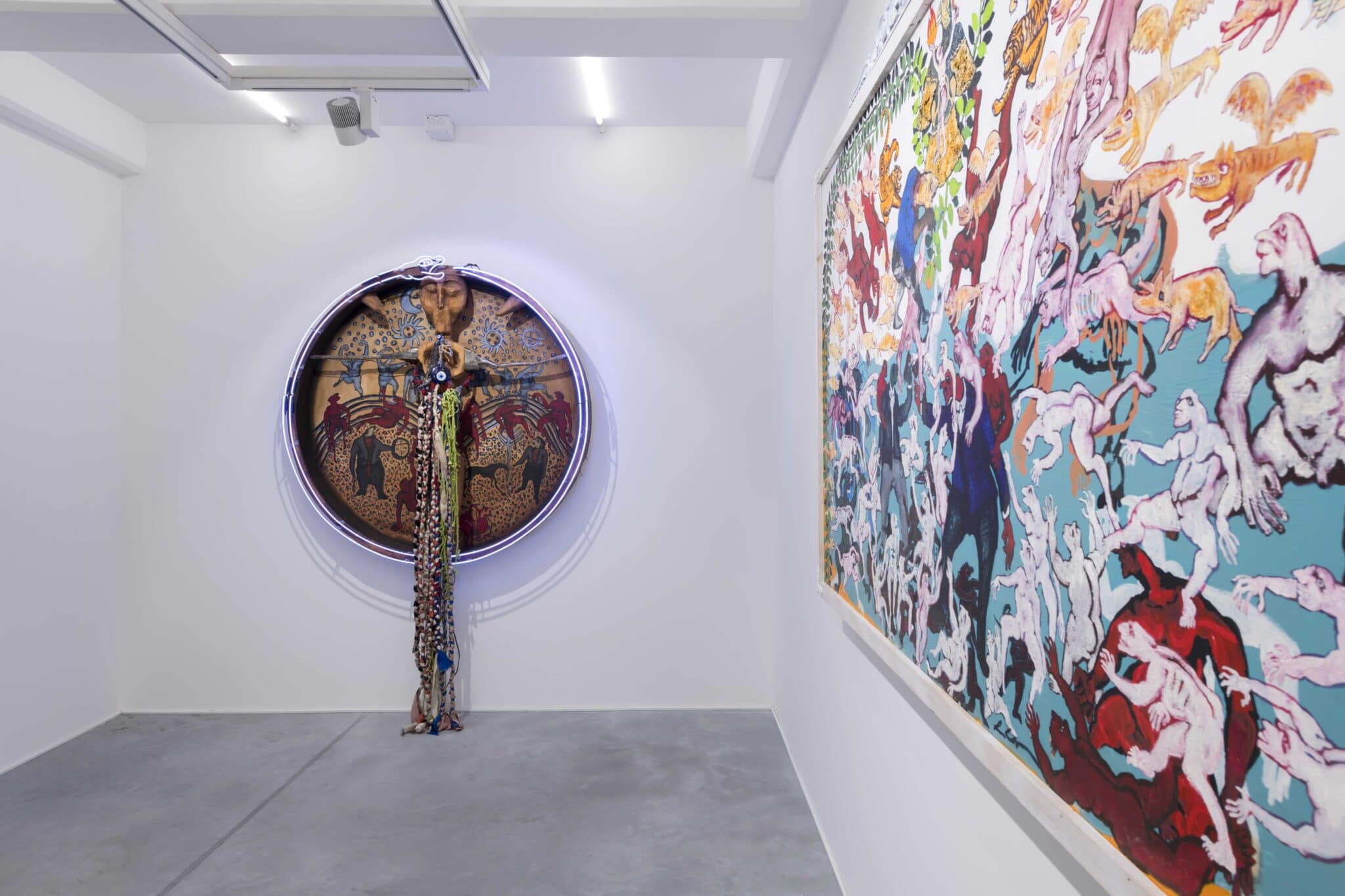 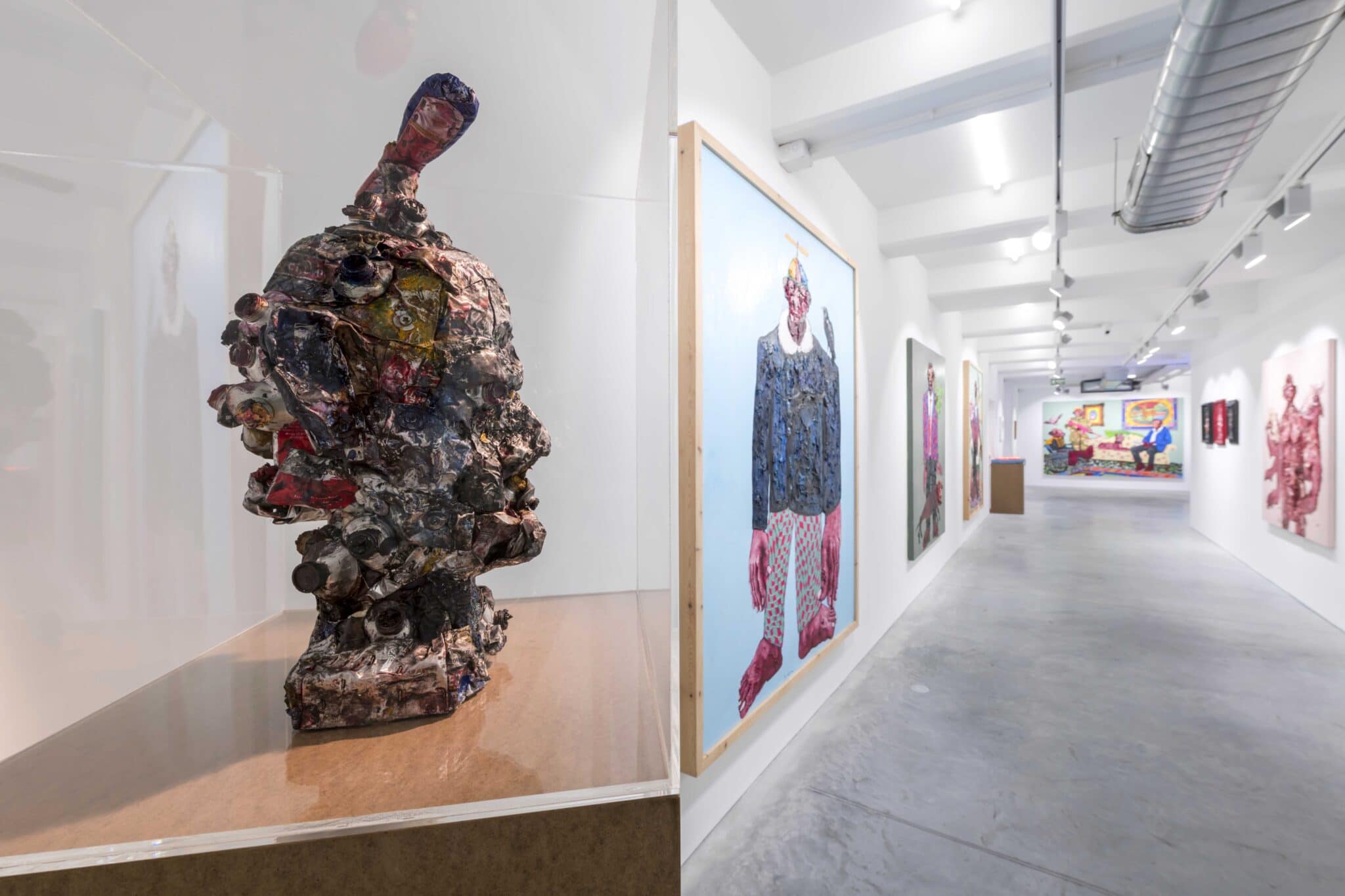 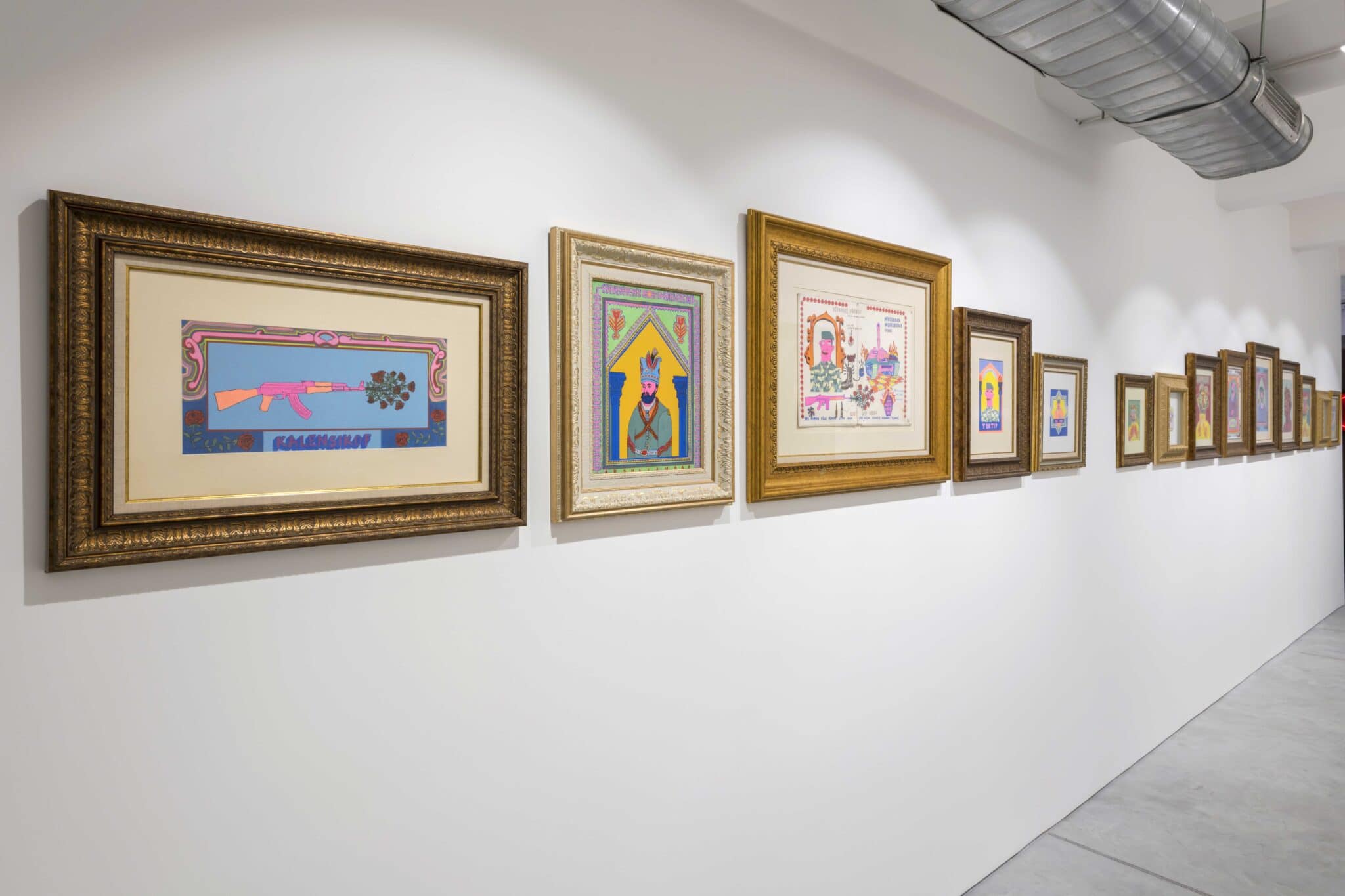 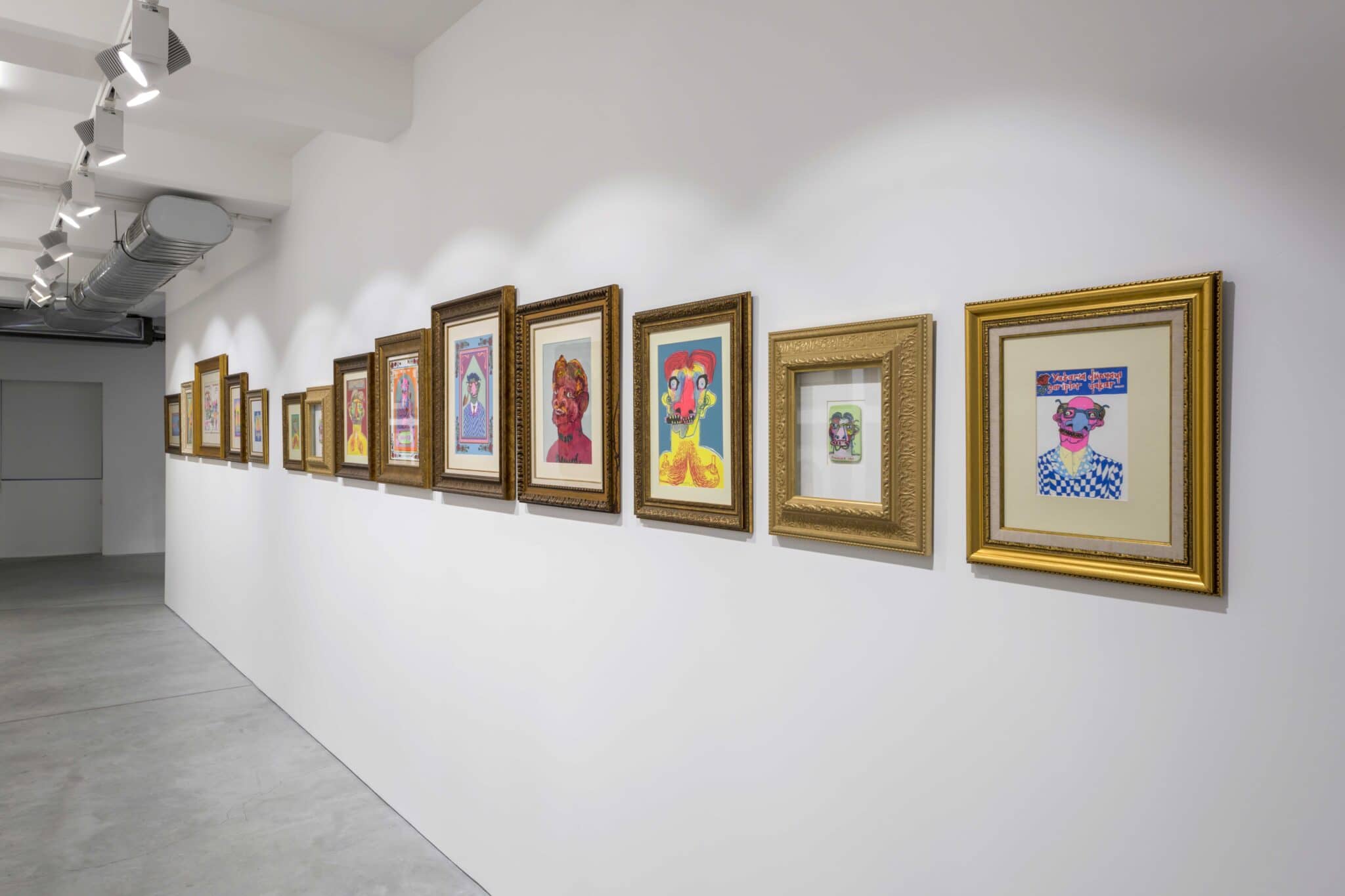 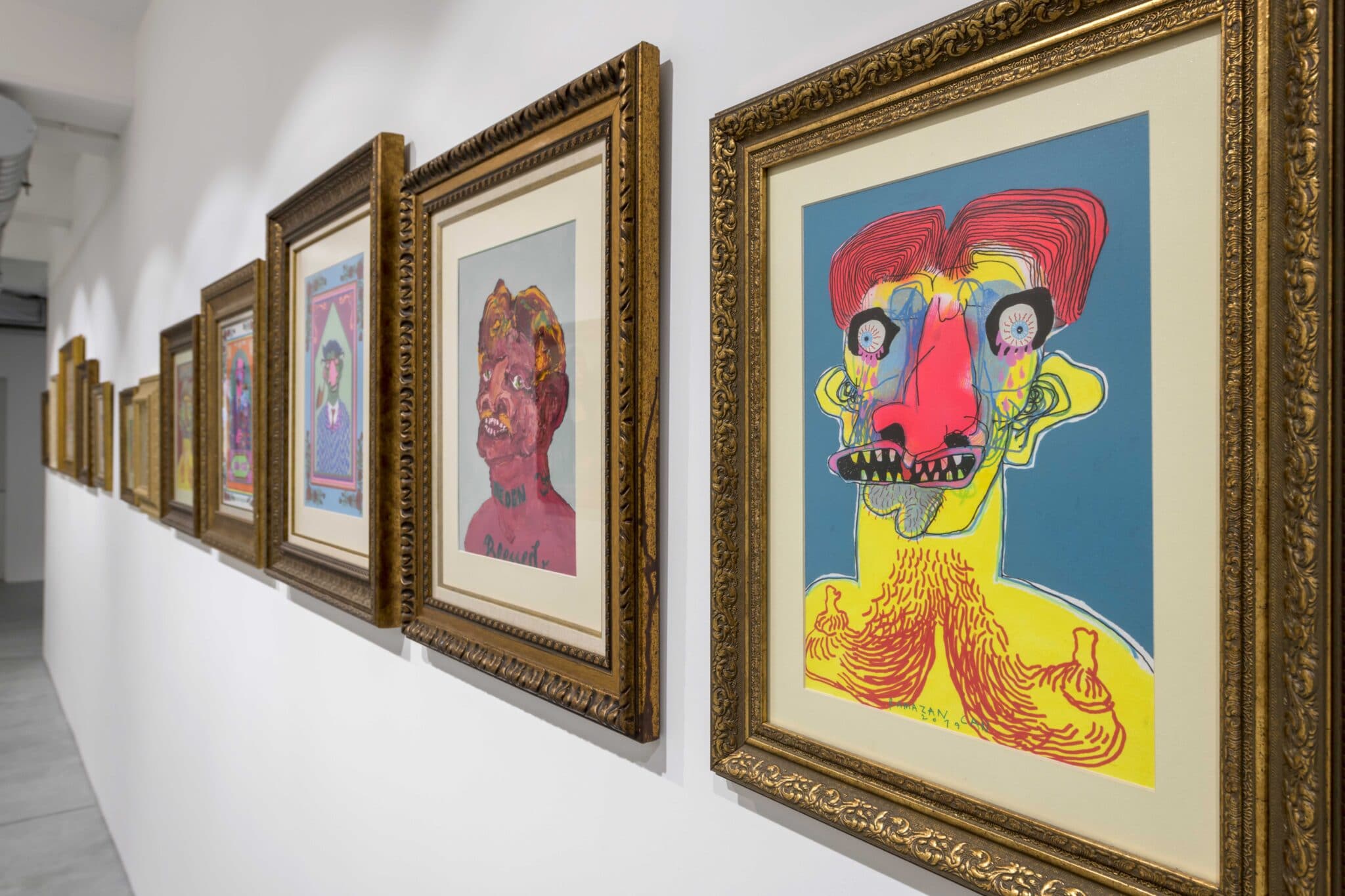 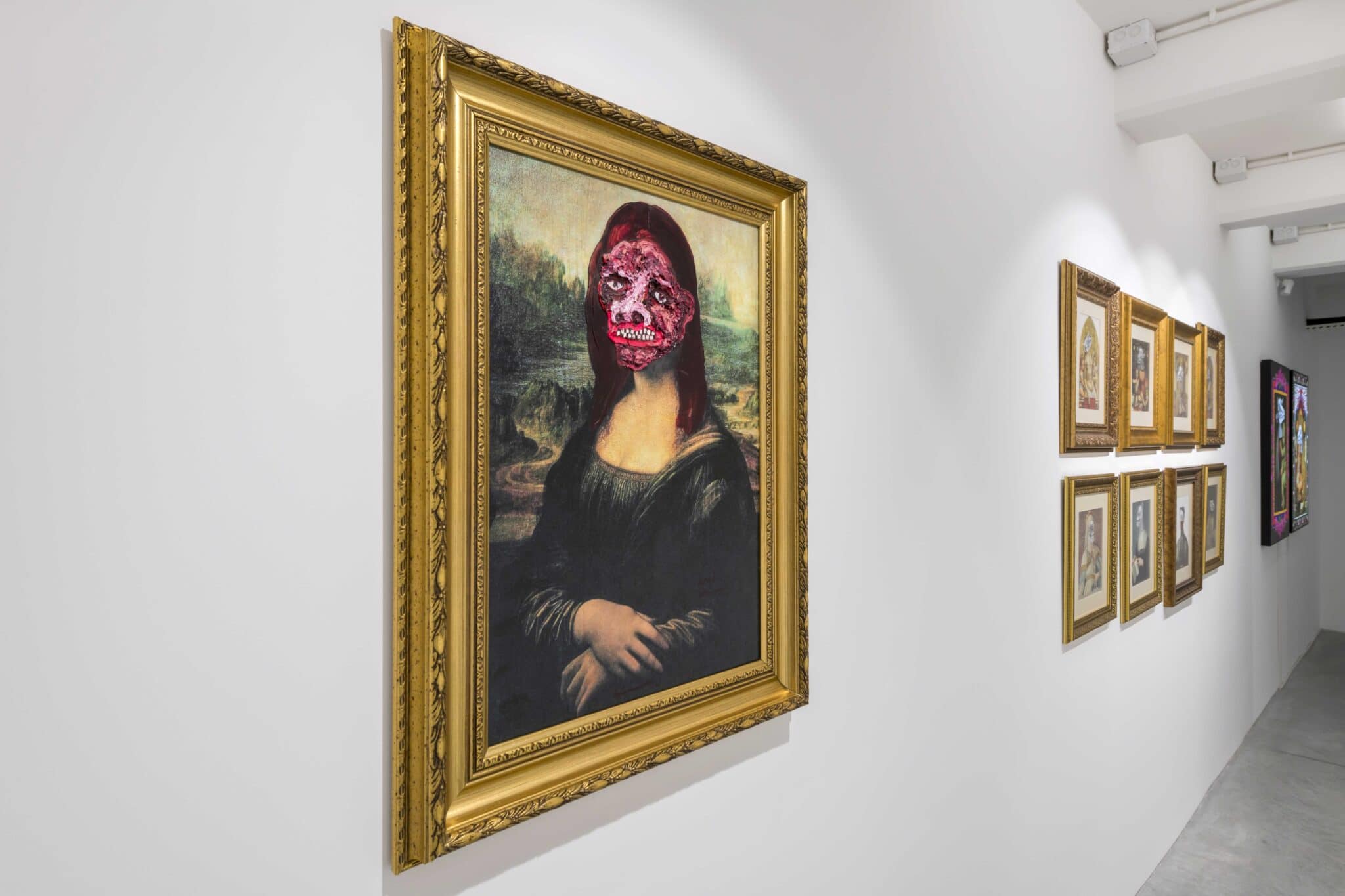