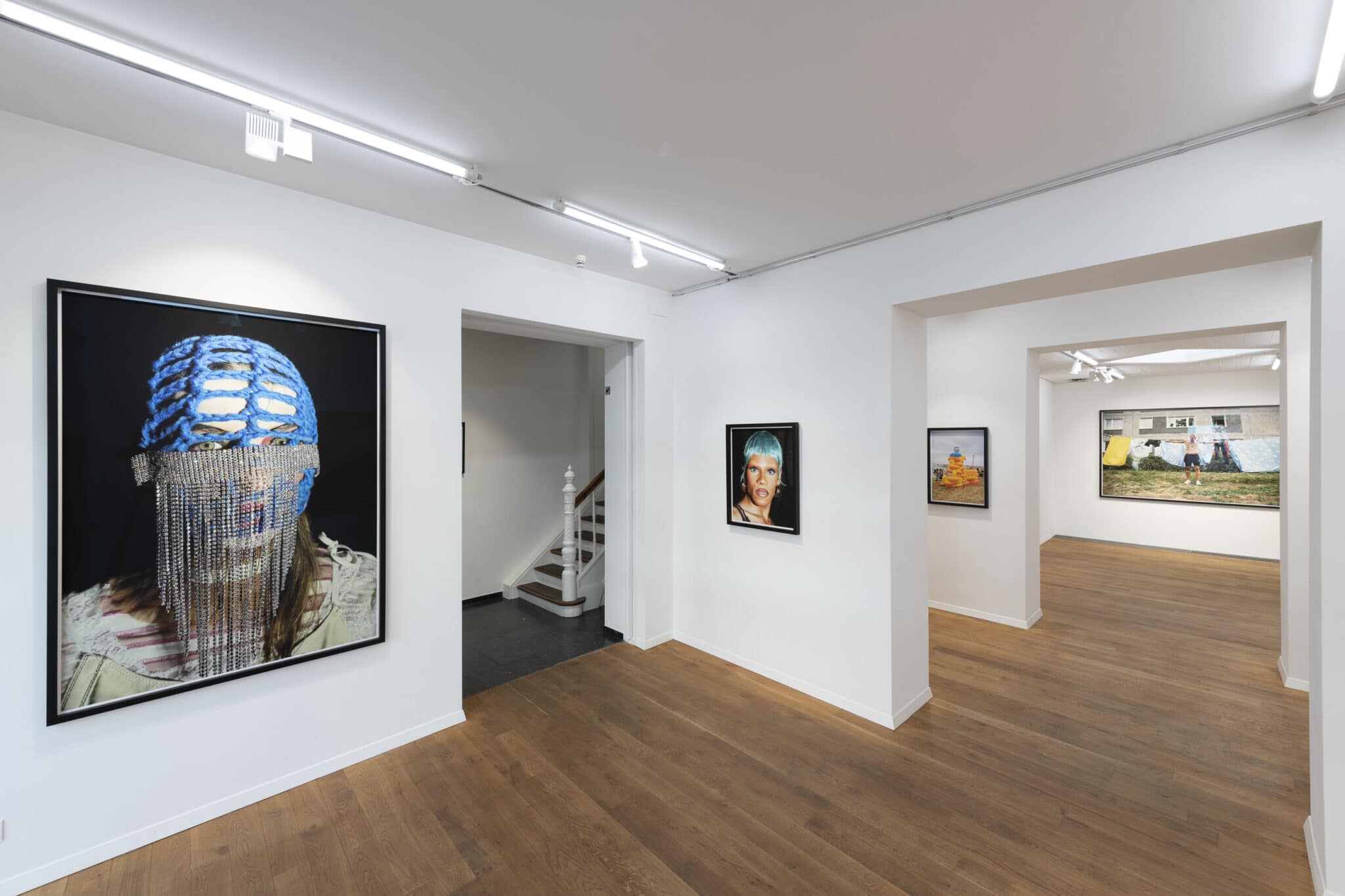 Anna Laudel Düsseldorf presents Berlin and London based photographer Lennart Brede’s solo exhibition titled “Because You Want To Be Loved” between 6 May – 16 July 2022.

Based on the idea of surviving on earth, finding spontaneous community through affinity and friendship as a way of life, the exhibition shows a selective vision of the world through the eyes of the artist.

The exhibition centers around photographs titled The Washing and Lola. ‘The Washing’ captures an athlete and model Lenny Müller on a rarely seen hot summer day in Berlin. In the image, the muscular Lenny Müller stares from in front of the sheets into Brede’s camera while iconising the seduction. Despite how in control and competent Brede is at harnessing the mirage of hipness, punkness, and sweat that defined nightlife in the 90s, at his works he pushes himself and his model far outside of their comfort zone. Our gaze rests on his lowered head and body, reflected as tired and exhausted at the motif. The image breaks through the symbolic world to glimpse the real one.

By showcasing process-based photographs arousing emotions, the exhibition also marks a turning point in Brede’s art works. His images displaying fate makes the viewer feel and think through the sense of togetherness amongst the artist and the model.

The portrait of transgender model ‘Lola’ also marks its point at the center of the exhibition. The first thing that draws attention in the image is the sudden flash reflected in the pupil of her eyes. It creates the feeling of innocence of Lola but yet intriguing. It’s not Lola’s innocence that’s so fascinating, it’s her knowledge of the situation, her understanding of what’s happening.

What we see in this image of Lola is precisely not just her look or the viewers staring. It’s about a reciprocal relationship between the camera and the artist who is trying to capture what Jacques Lacan calls “the real”.

Capturing “the real” in his photographs, Brede doesn’t search for unique situations but rather re-creates them after they’ve already found him. He pushes our gaze beyond the point of exhaustion and invites us to the point of extreme experience.

The exhibition “Because You Want To Be Loved” featuring Lennart Brede’s more than 25 of his works over two floors can be seen at Anna Laudel Düsseldorf until July 16, 2022.