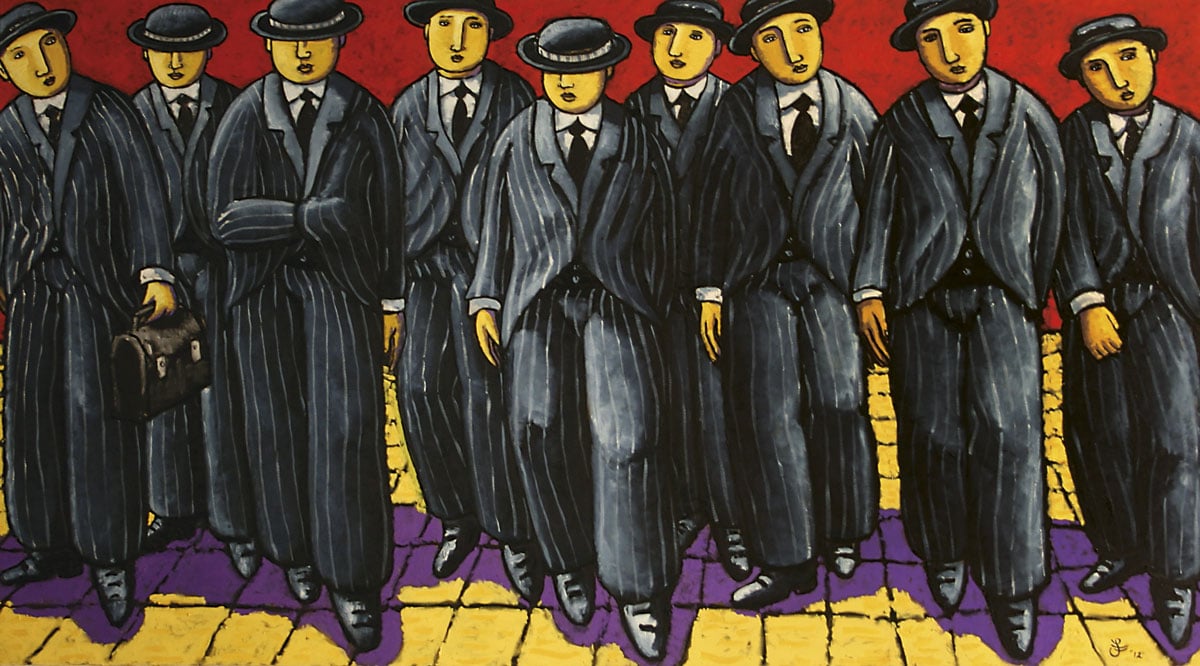 Jacques Tange, was born in Vlissingen in 1960. He is a professional Dutch artist, active since 1984 when he graduated from the Rotterdam School of Arts. His talent was rewarded in 2005/2006, when he became “Artist of the Year” in the Netherlands. Initially, Tange’s works came from the illuminated handwritings of the Middle Ages but it has grown throughout the years and today it is also drawn from relationships and a person’s place in the new world.
Jacques Tange’s solo exhibition’s title ‘On Foreign Ground’ refers to the fact that this is his first show in an unknown country for him, in other words, he is taking one step outside Europe. This adventure of change and exhibiting in a completely different country brings some questions into the artist’s mind and most importantly, he wonders how people will react to his work.
Tange’s works are inspired by the life itself, and most importantly, by love. He brings an ode to women believing that their strength will save the world. The women in Tange’s works appear as being beautiful, lusty, strong and decisive. The artist shows his love for women; they are people but not objects of desire, they are mothers and lovers and they rule as they should. They are not interested in power (different from men), and they are power themselves.
Another key element in Tange’s work is the concerns he has for the earth, our mother planet- the keeper and feeder of all of us. We are not taking care of her and therefore we also do not take good care of ourselves. We pollute the air, cut the forests, kill animals and each other. We live in a concrete jungle of growing and urbanising cities, we go further and further from people that we were used to be once; people living freely under one sun in a balance with the rest of the planet.
Luckily, the artist expresses that there is always a way out in his paintings and this is an escape route; a little part of a blue sky, a road to the open landscape, a balloon that can take you to another place, a glimpse to love or for happiness… 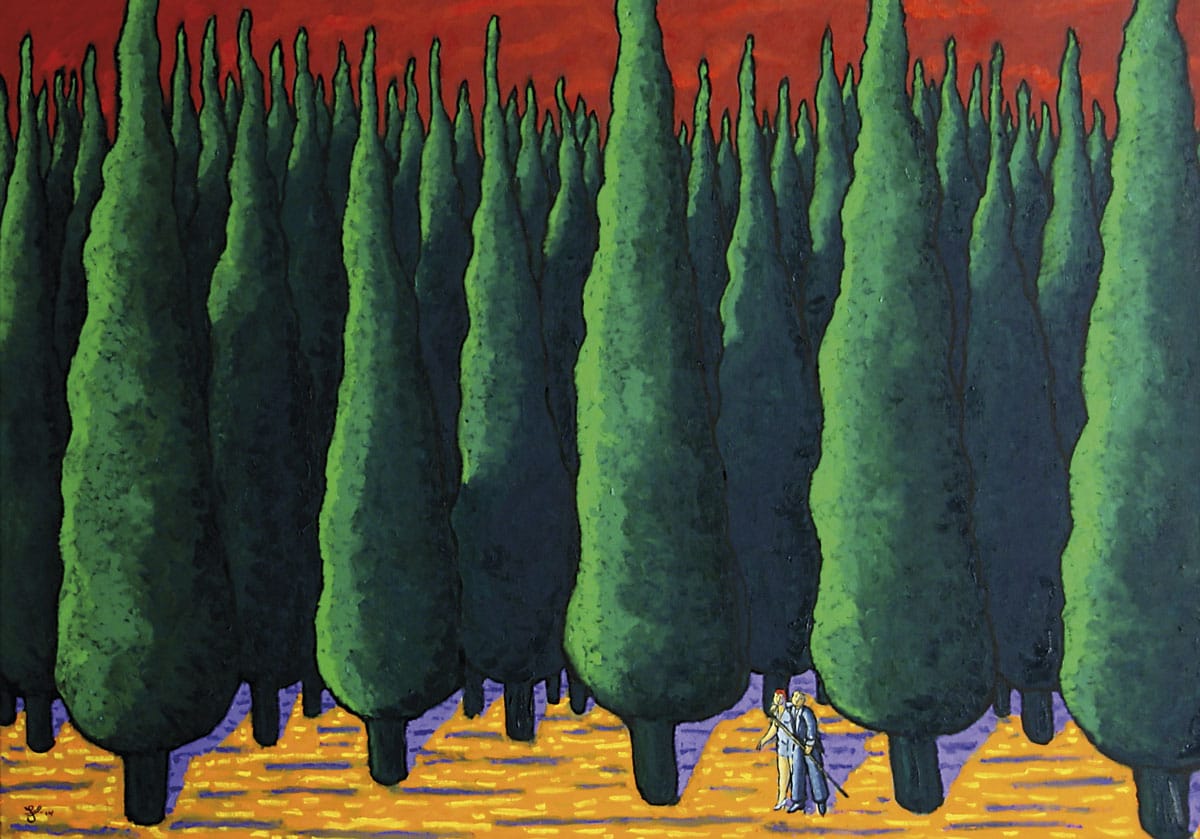