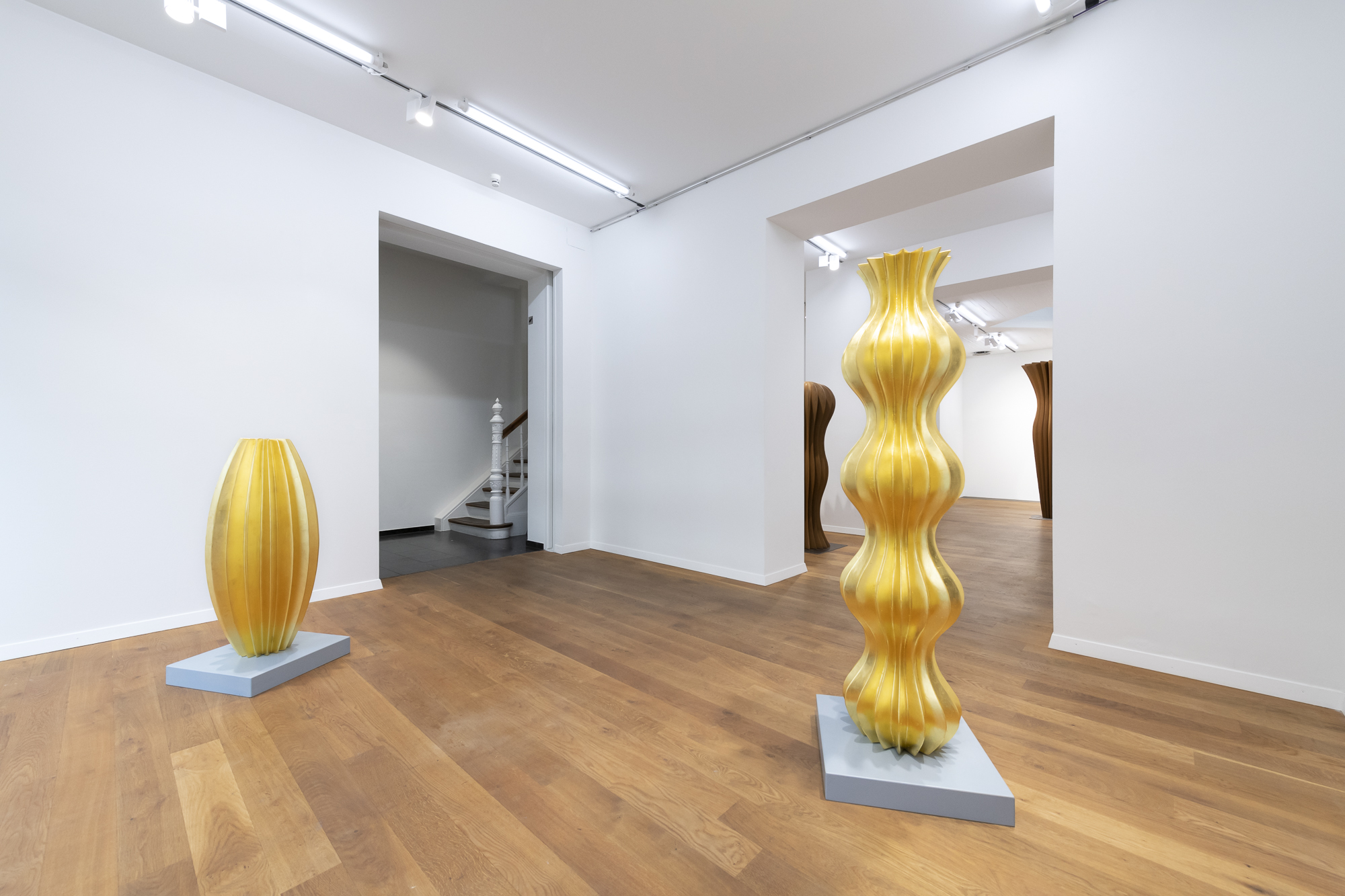 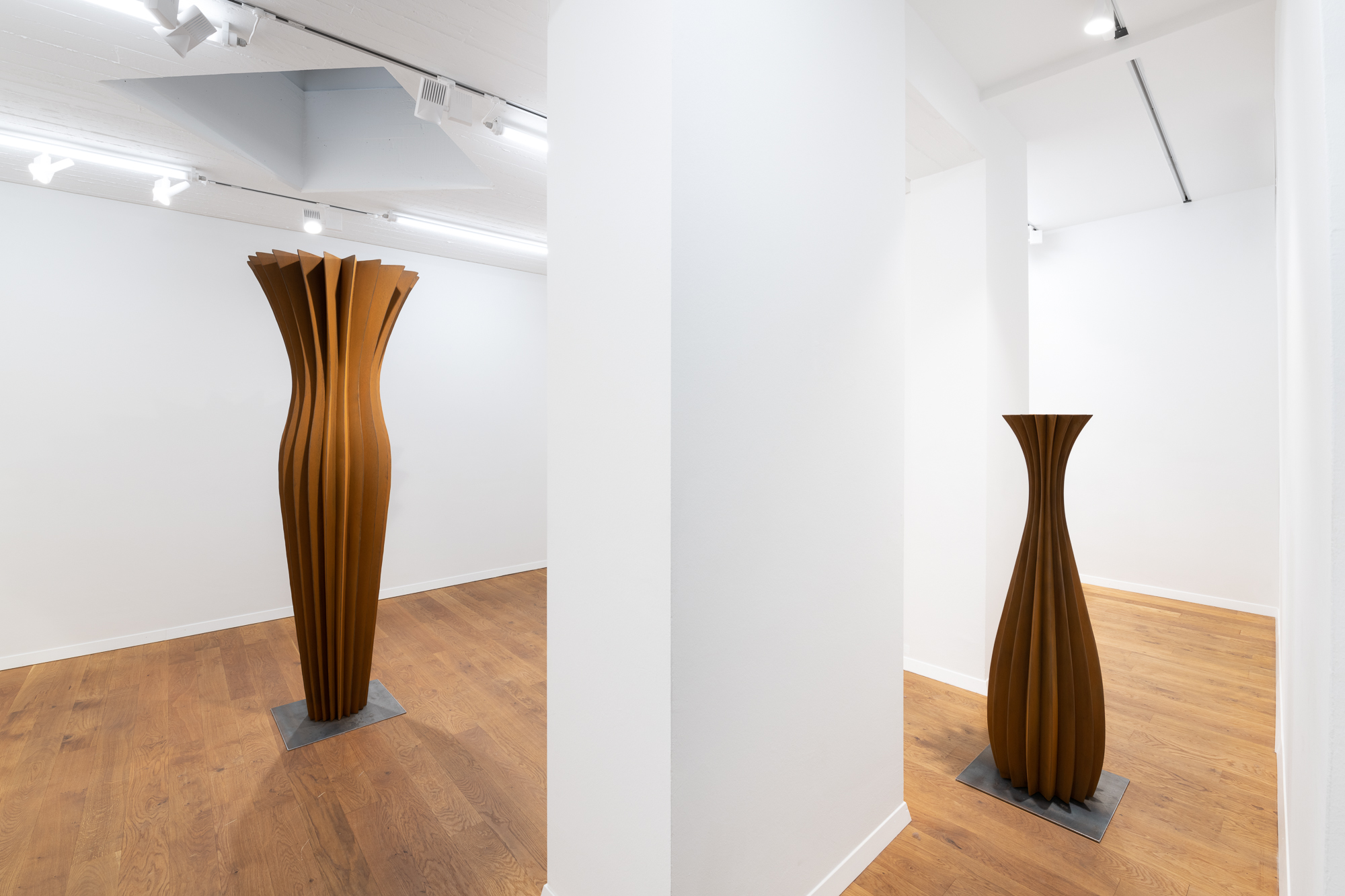 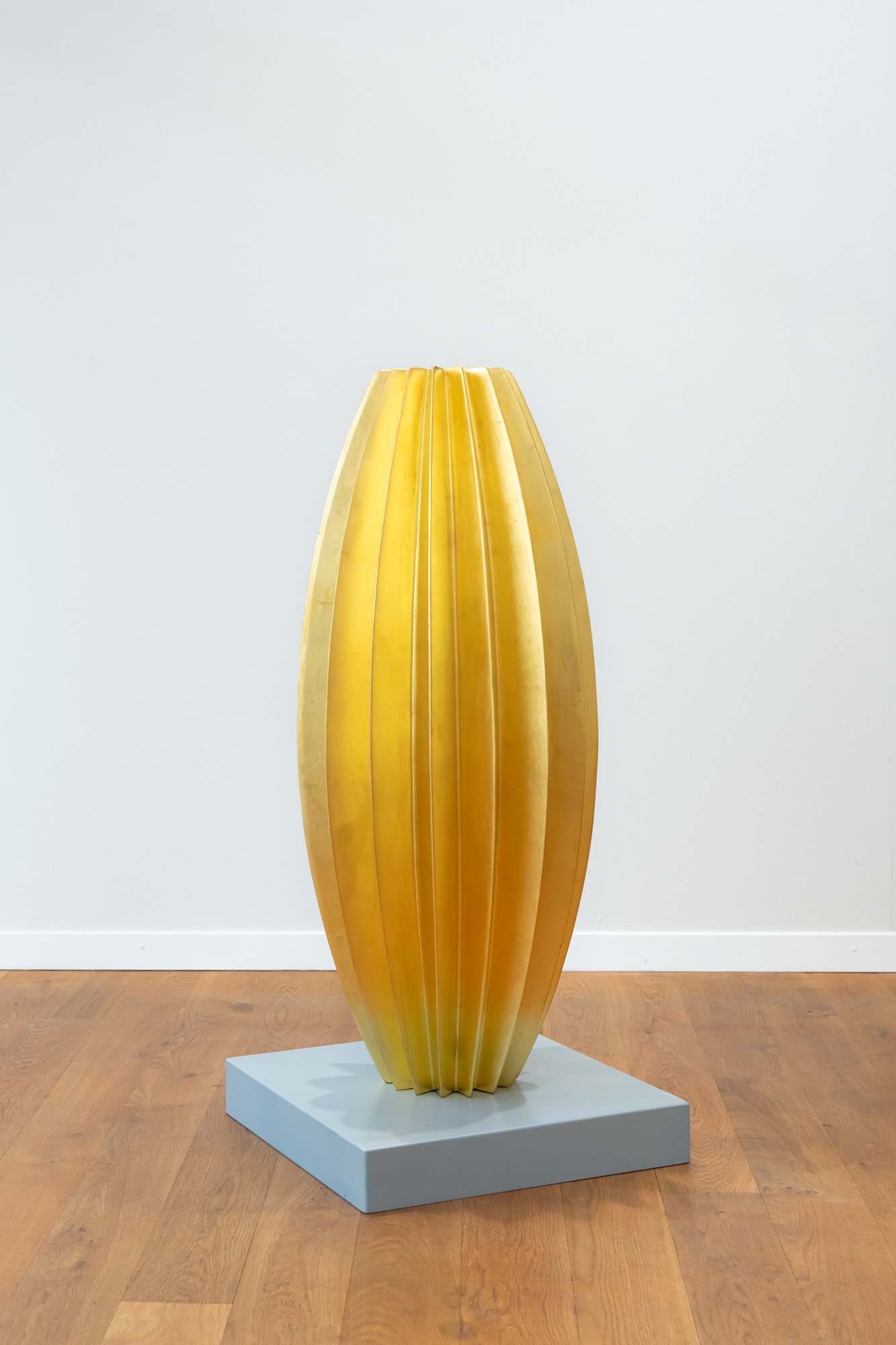 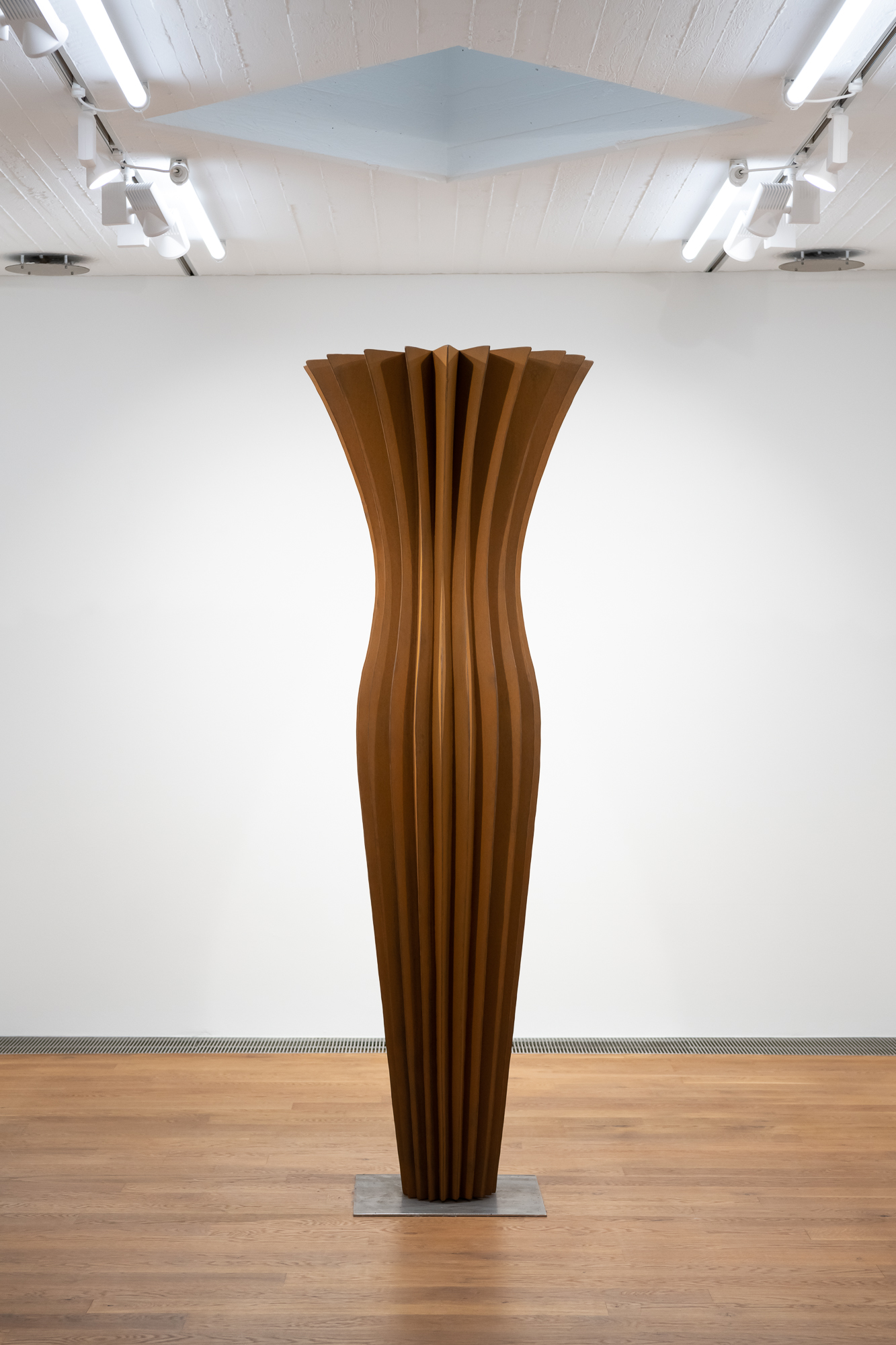 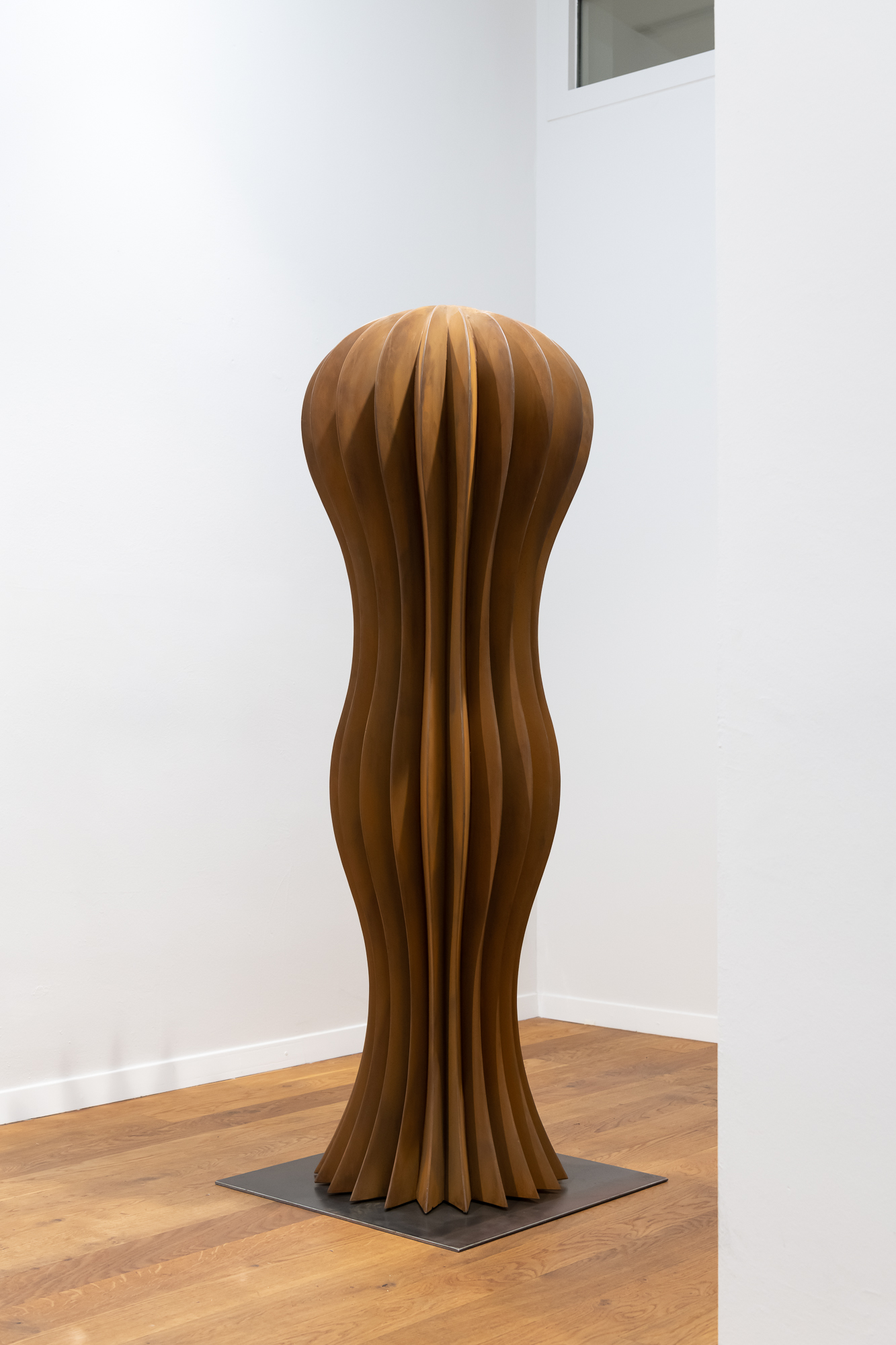 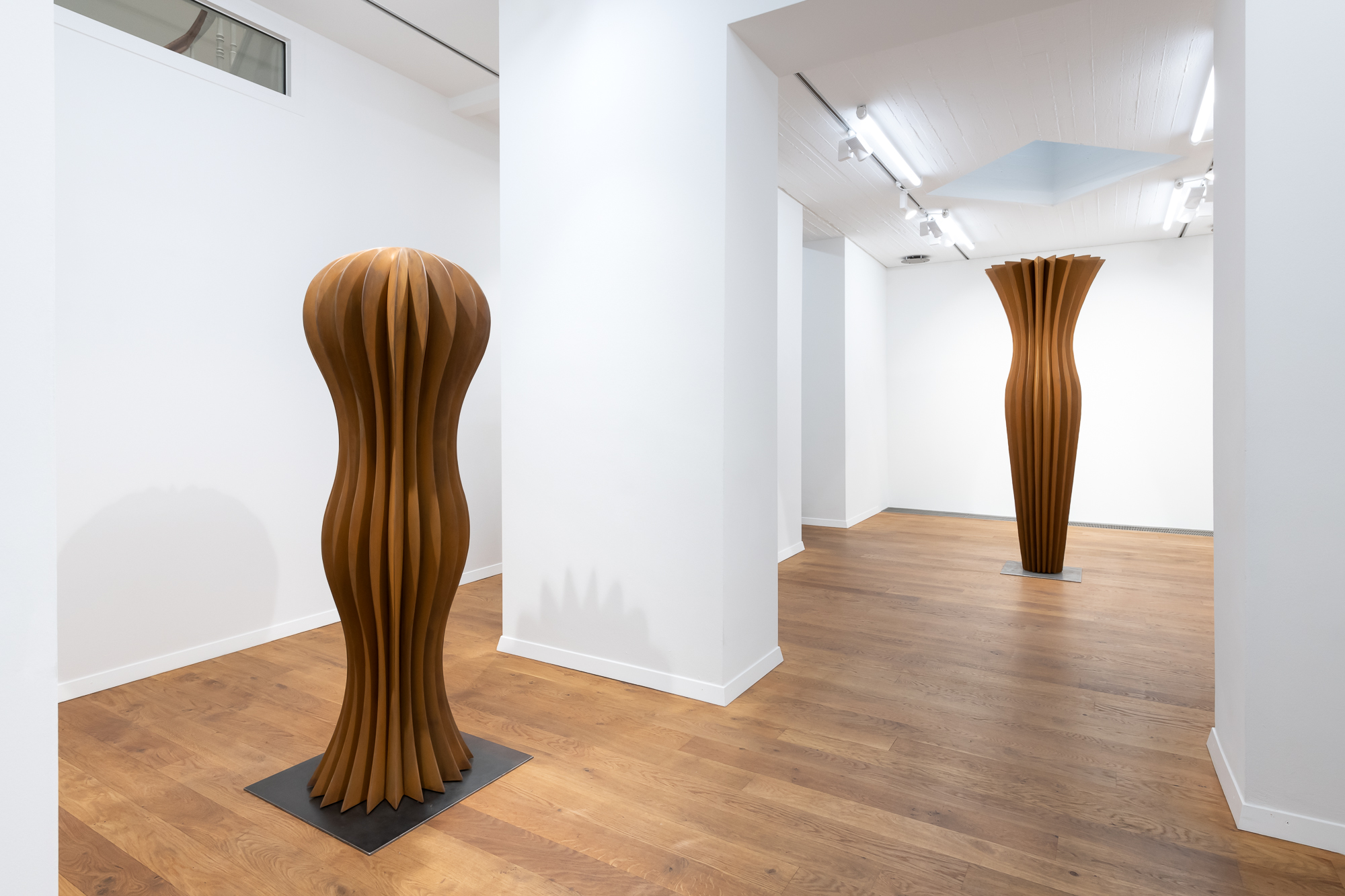 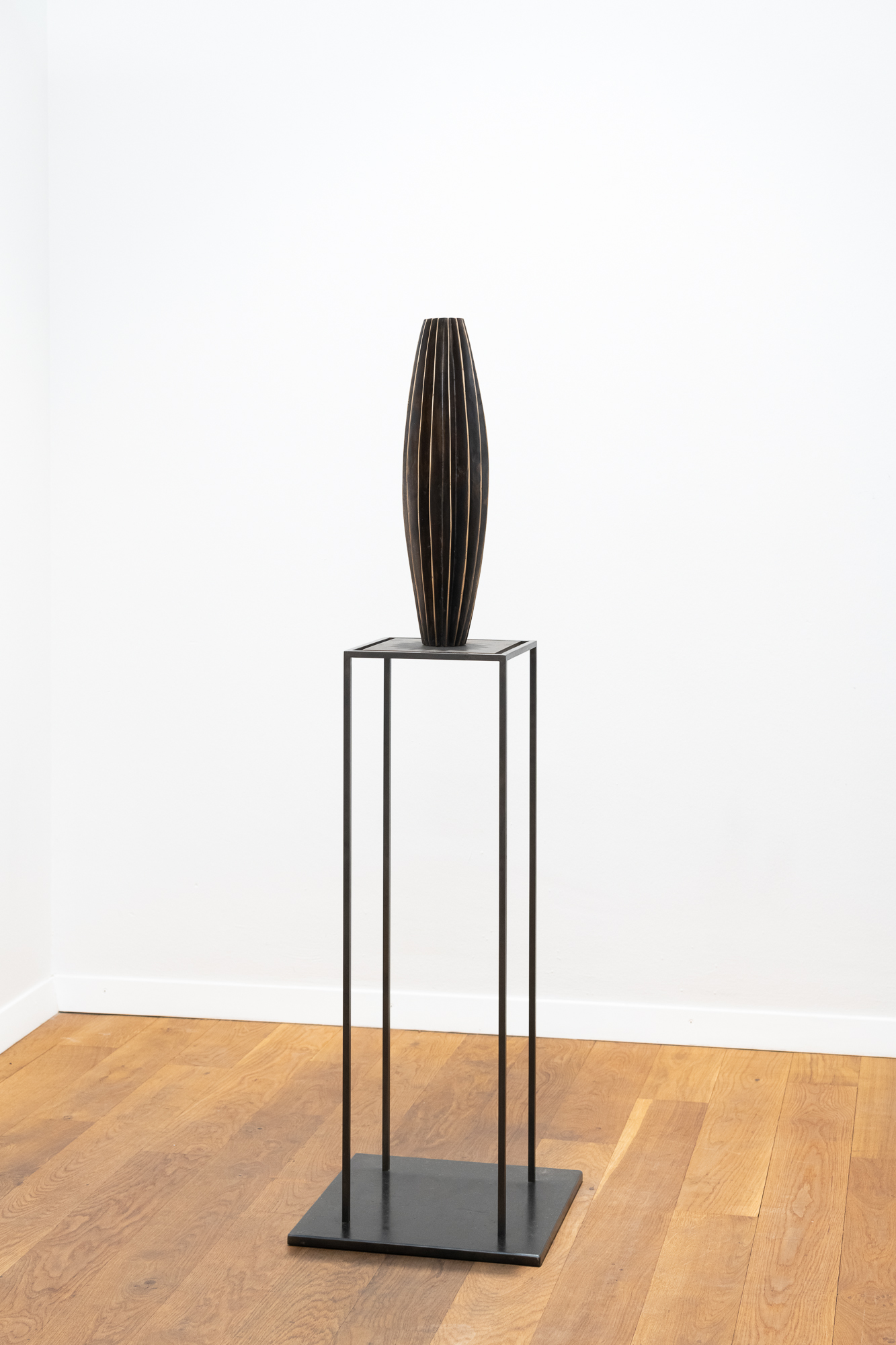 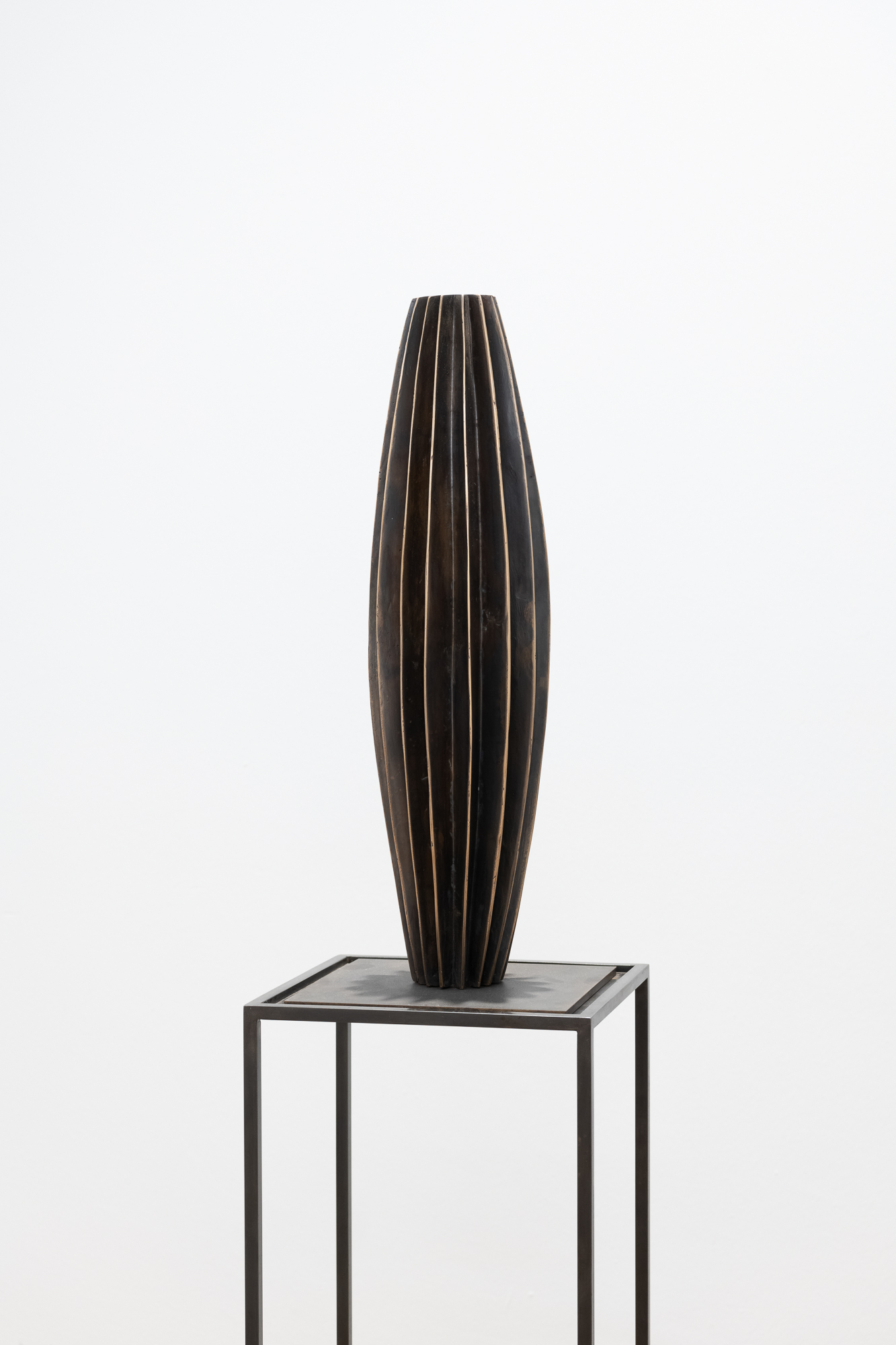 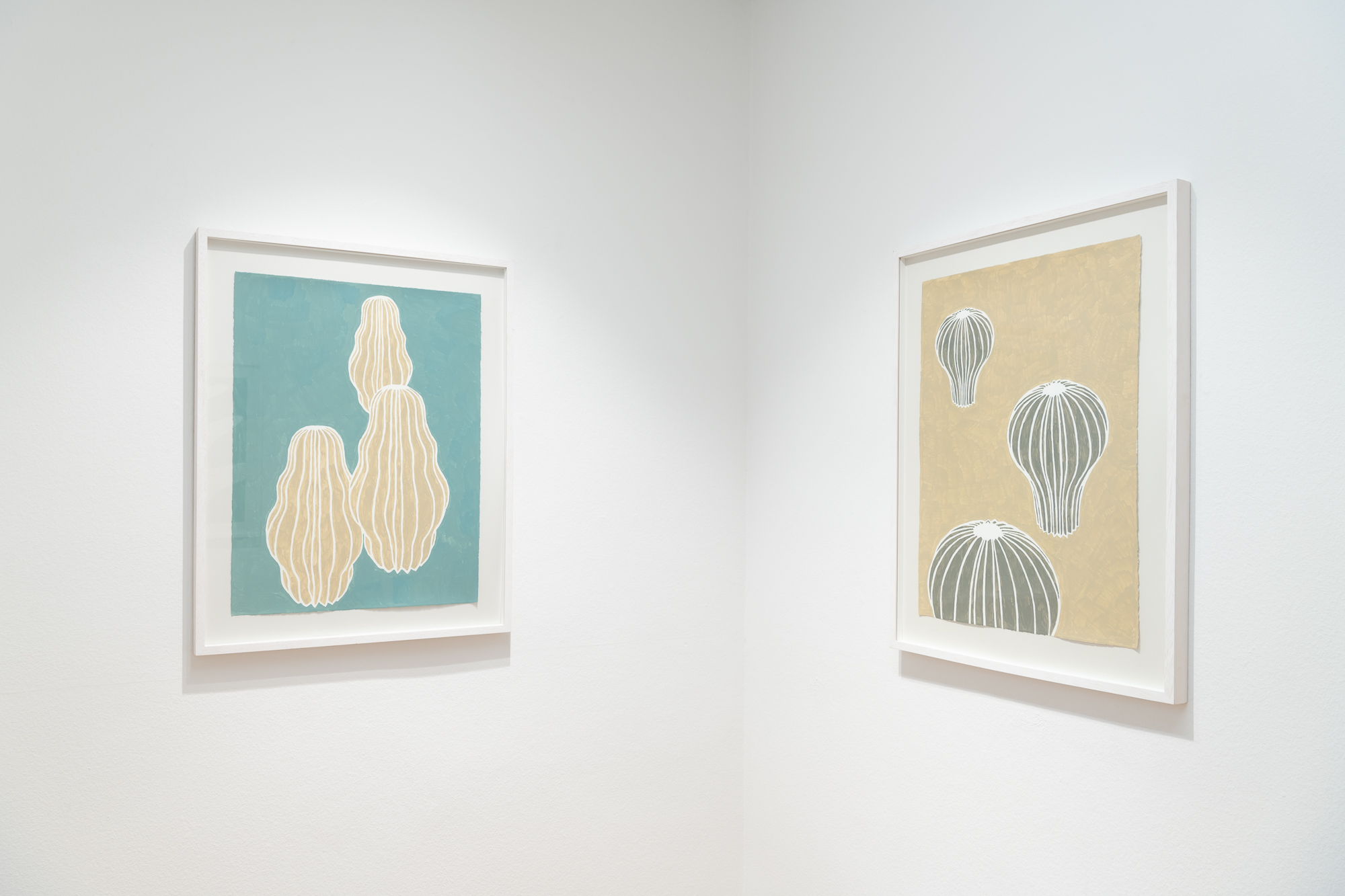 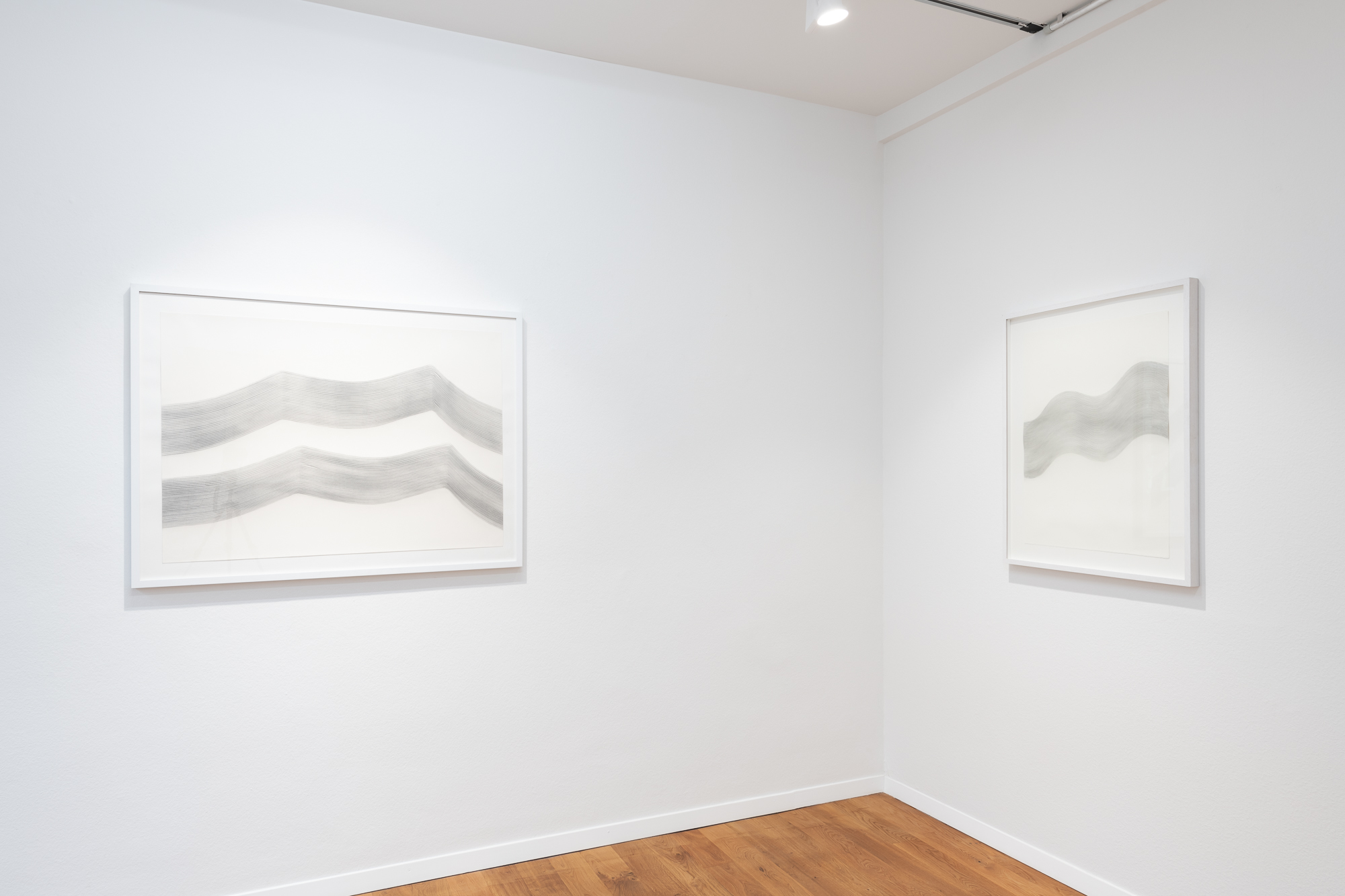 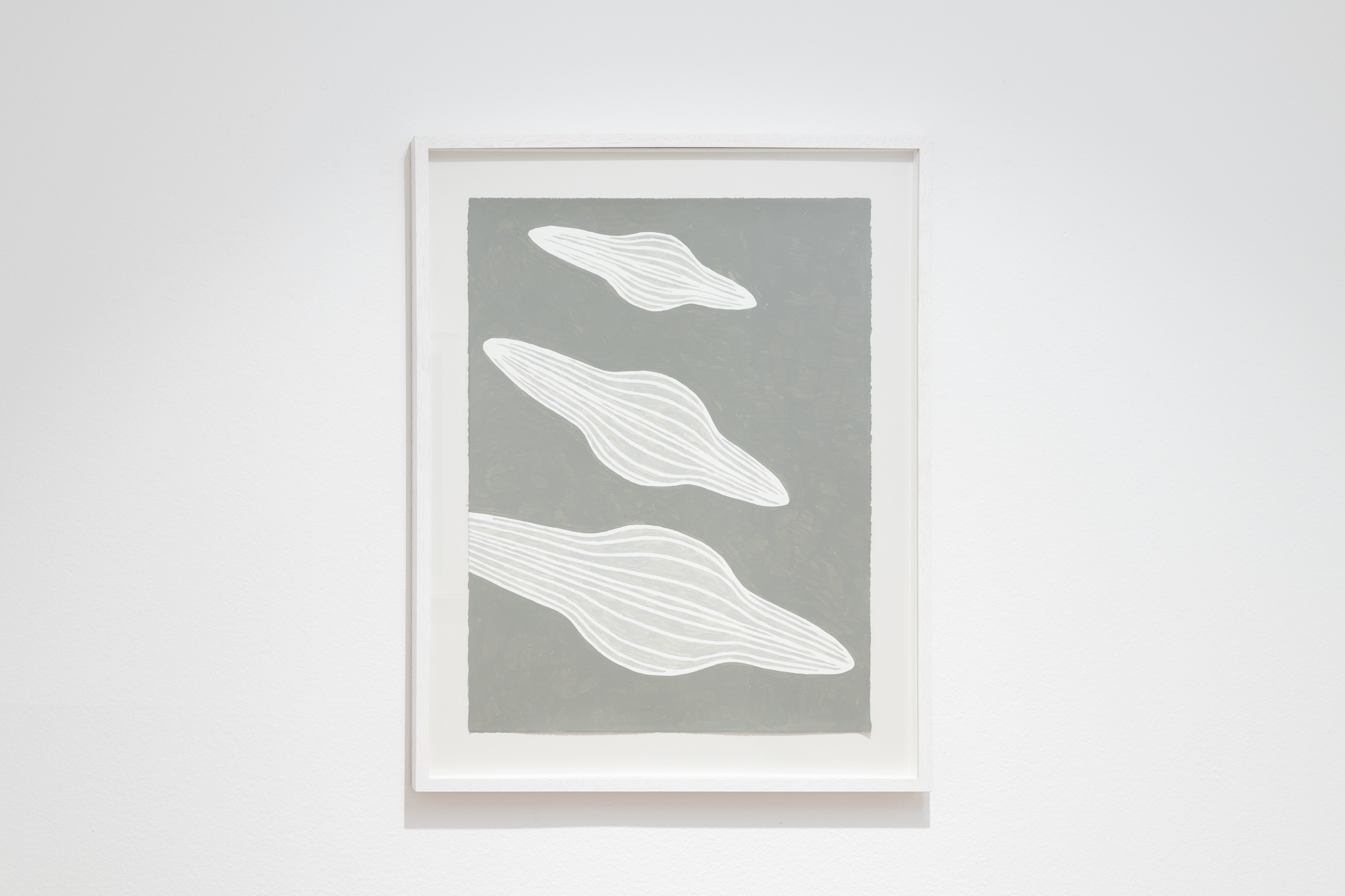 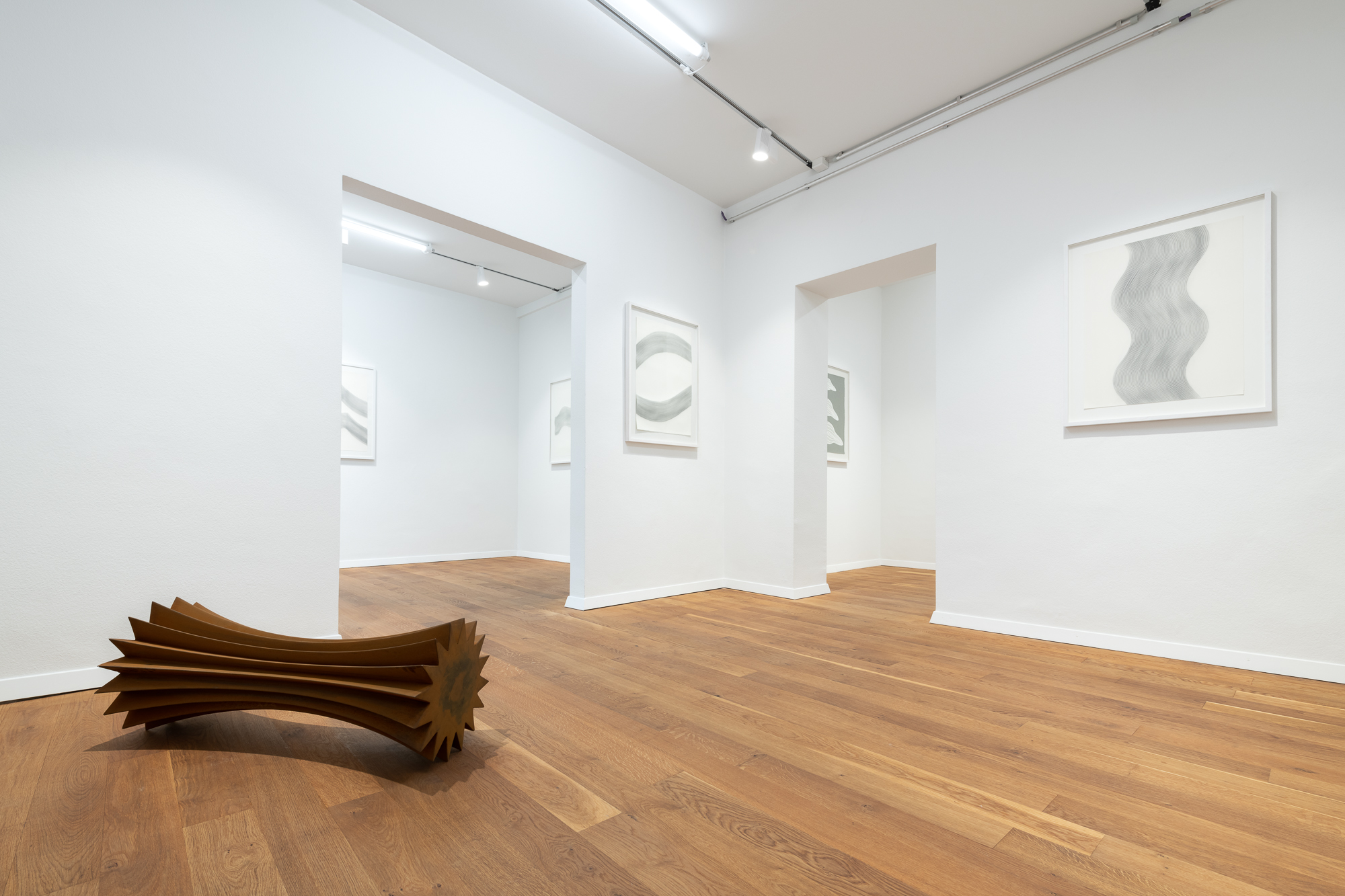 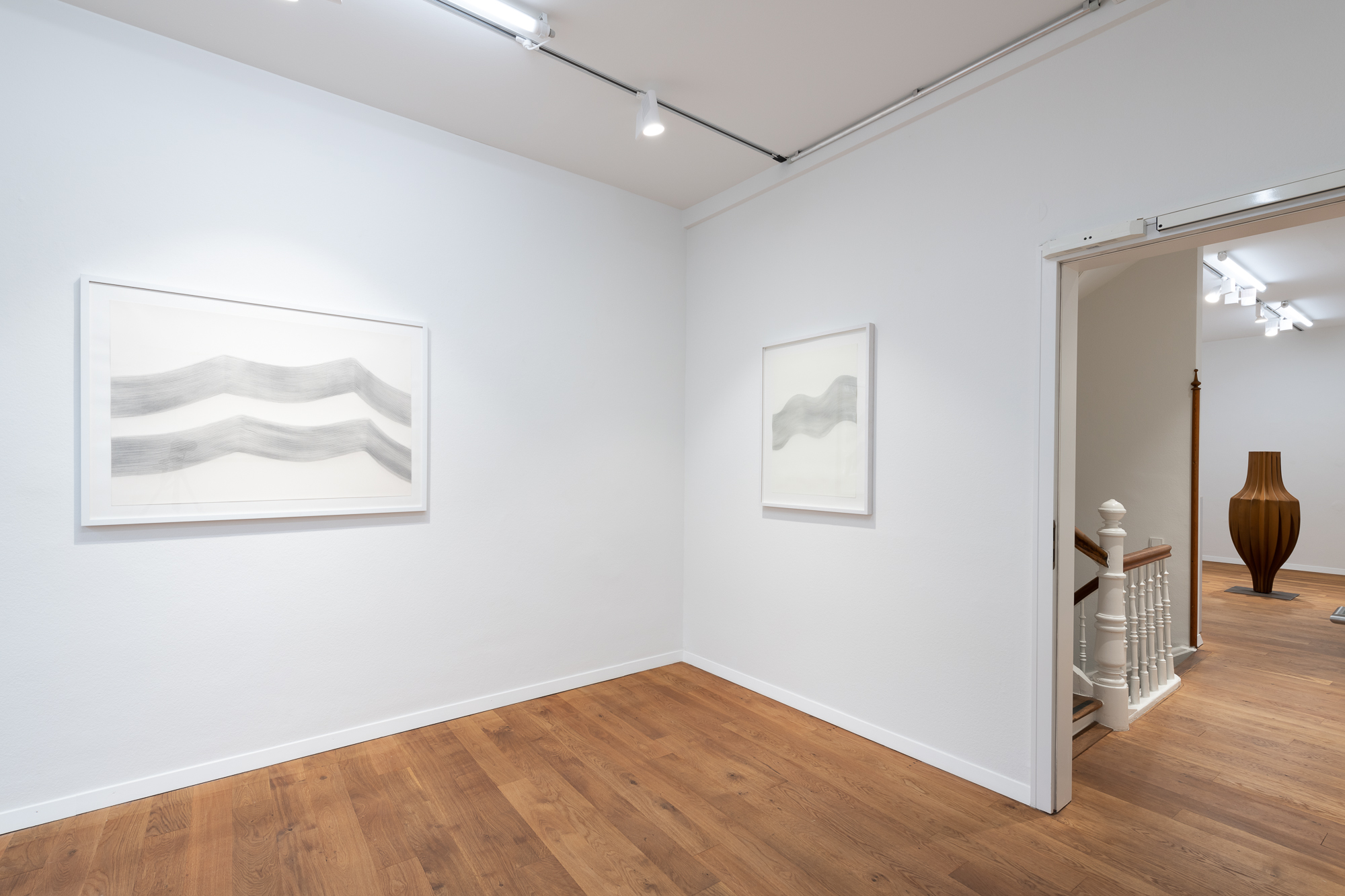 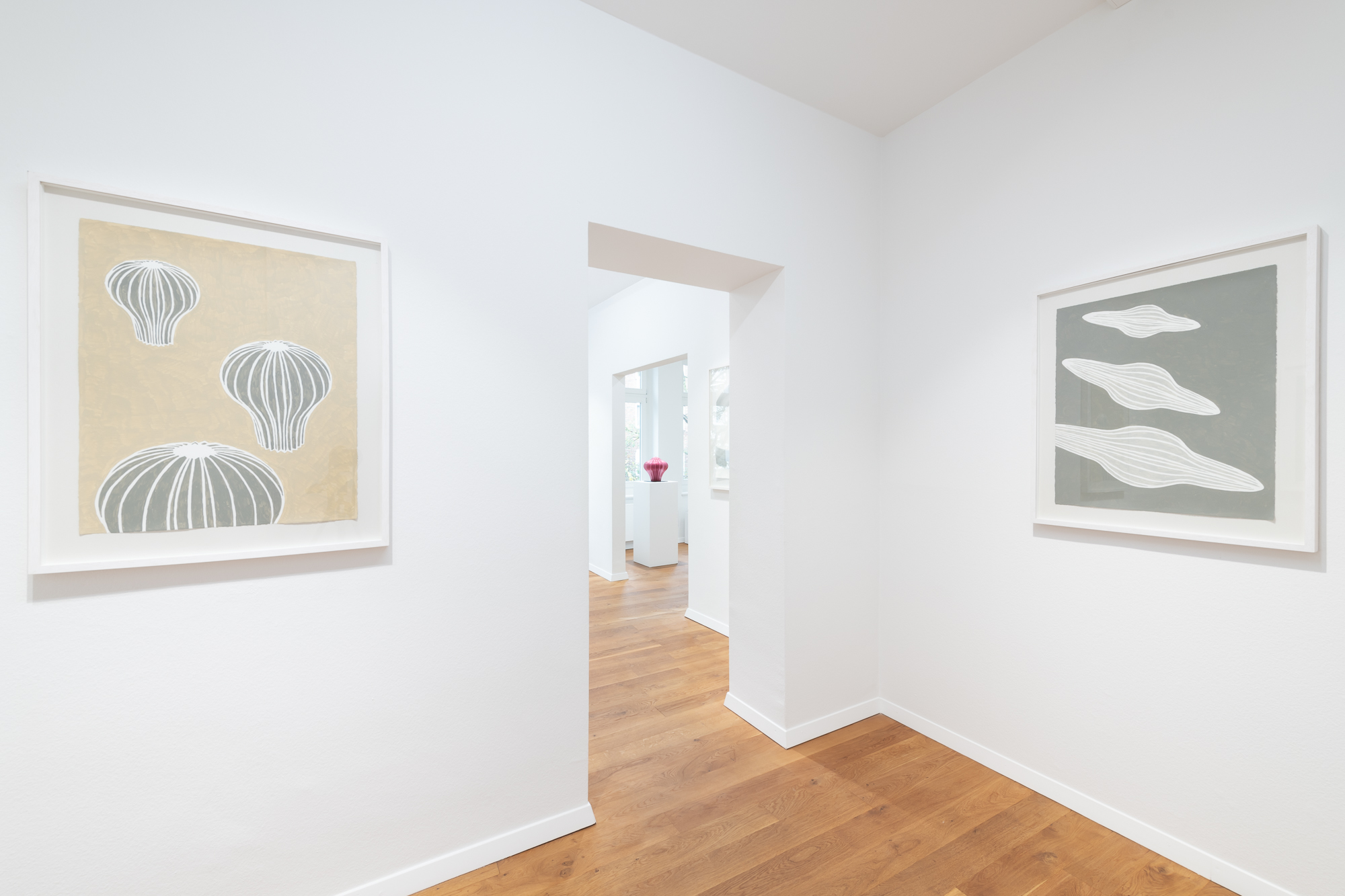 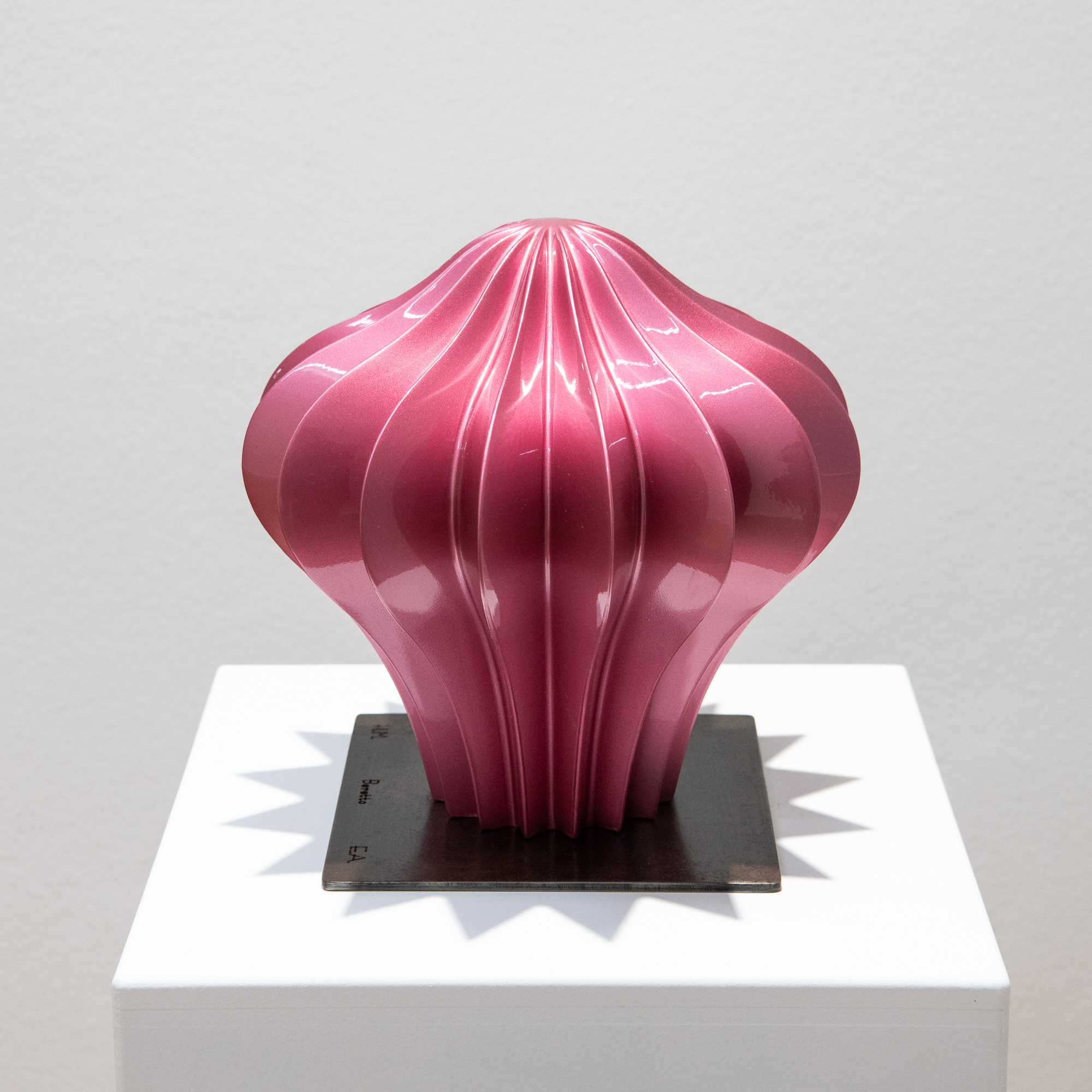 Herbert Mehler aims to produce uniqueness by planning every single detail of the work, starting from the idea to the end, in order to form a “whole” from identical modules. He reflects the beauty of the imperfection in nature while creating his sculptures where there are no straight lines or slat spacing that resembles another. By using this technique he makes every piece as unique as possible.

‘WABI-SABI’, the title of the exhibition, originates from 16th century Japanese aesthetic culture, reflecting the authentic character of an object and not the perfection of its beauty. Finding beauty in every aspect of imperfection in nature, Mehler manages to shape materials such as steel, bronze and aluminium through fine, linear folds and symmetrical curves into floral forms of nature.

The title of “KAVEX”, which is used to describe Mehler’s series of works, and being displayed on two floors together with his new artworks, derives its name from the concave and convex contours of his sculptures.

When Mehler started folding the brown paper bags of his homemade lunch, he discovered the sculptural potential of these folds, which inspired him to create groundbreaking sketches for metal sculptures in an intelligently developed formal language.

Mehler’s creative imagination and in-depth knowledge of the statics and material behaviour of large-scale outdoor sculptures with a playful light appearance allow colours to affect the alternate between yellow, orange and brown. The effect of the sculptures manages to move between the opposites of lightness and solidity, blurring the boundaries of these polarities.