Bertram Stern was born in Brooklyn, New York on 3 October 1929. From early age on he got into cartoons and advertisements. After first jobs as an office hand at the editorial Office of the magazine “Look”, where Hershel Bramson encouraged his artistic ambitions, Stern began to work as an Art Director for the fashion magazine “Mayfair” in 1949. There he also began to work with photography.

Another step towards success was the cover photo for “Vogue” in November 1960, followed by many shootings with celebrities especially from the movies. Since 1962 Bert Stern also produced commercials for television. In June of the same year his best known pictures were taken: shortly before Marilyn Monroe’s death, Stern received the permission to hold a three-day photo-shooting with the actress for “Vogue”. The photos were successfully marketed world-wide as “the last sitting” after the diva’s death.

In late June 1962, just six weeks before Marilyn Monroe’s untimely death, Bert Stern took almost 2,600 photographs of the American star over three daily sessions at the Bel-Air Hotel in Los Angeles for the popular Vogue magazine; this photo shoot later became known as The Last Sitting. Stern’s photographs carry a rare sensual and human vibrancy. Never before had the star allowed a photographer such intimate access, and Stern’s camera captures a revealing, naked portrait of Marilyn the person a fragile, lonely, flawed woman who would die tragically a few weeks later.The most important detail of The Last Sitting series are the giant orange X marks in the middle of the photo… Marilyn says to Stern that she wants to see all the photos on the negatives, the young photographer send all of them to her. Marilyn checks the photos one by one and crosses all the photos which she  does not want to print. The shots were transformed into a work of art in itself. There is nothing else on Marilyn Monroe than silk, linen, pearl necklaces and her smiling. Stern who is extremely charismatic and handsome, took also photos with Jane Fonda, Liza Minnelli, Claudia Cardinale, Twiggy, Shirley MacLaine, Jean Shrimpton and Lee Radziwill.

The Swarovski crystals, hand-applied by Bert Stern’s long-time friends and assistants Lisa & Lynette Lavander, add a special dimension and light to the photographs… Visiting the exhibition will be an exciting and challenging experience. The creation of this new Marilyn comes with the advise “Keep calm darling, it’s Norma Jeane!”

This unique exhibition is the first of its kind after the sudden death of Bert Stern (June 26, 2013). It is also the first tribute to this master of photography in Turkey. 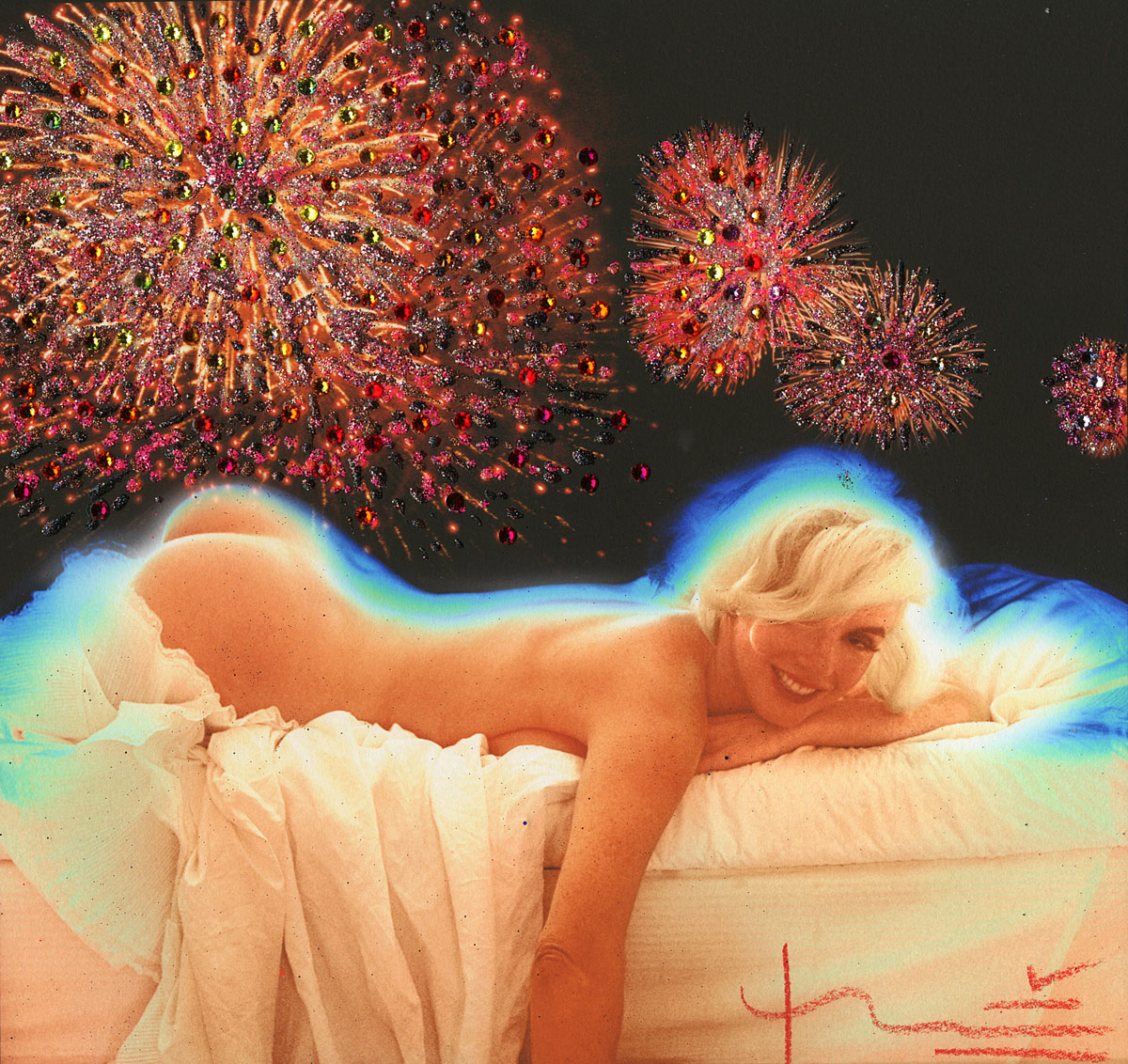