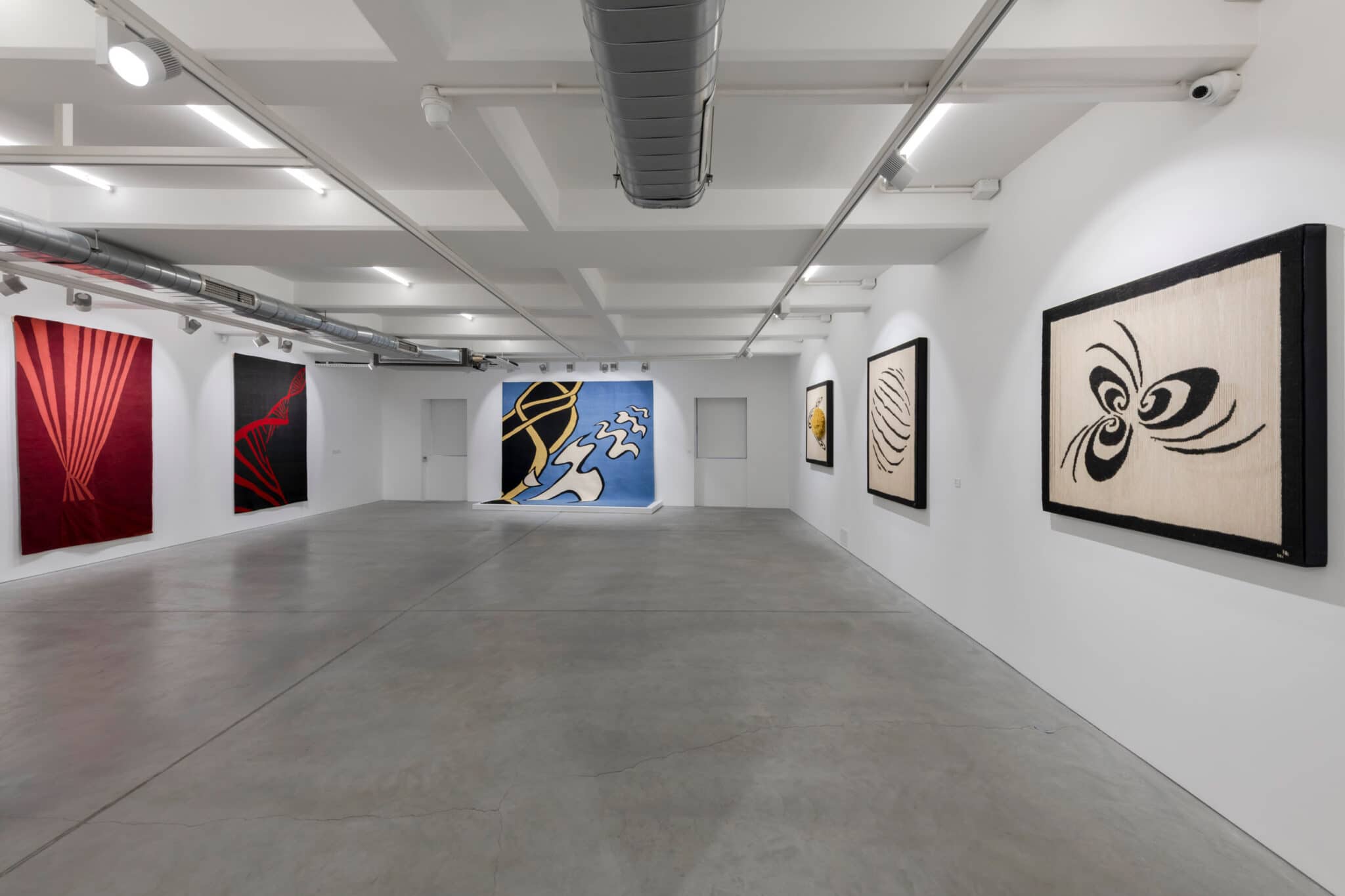 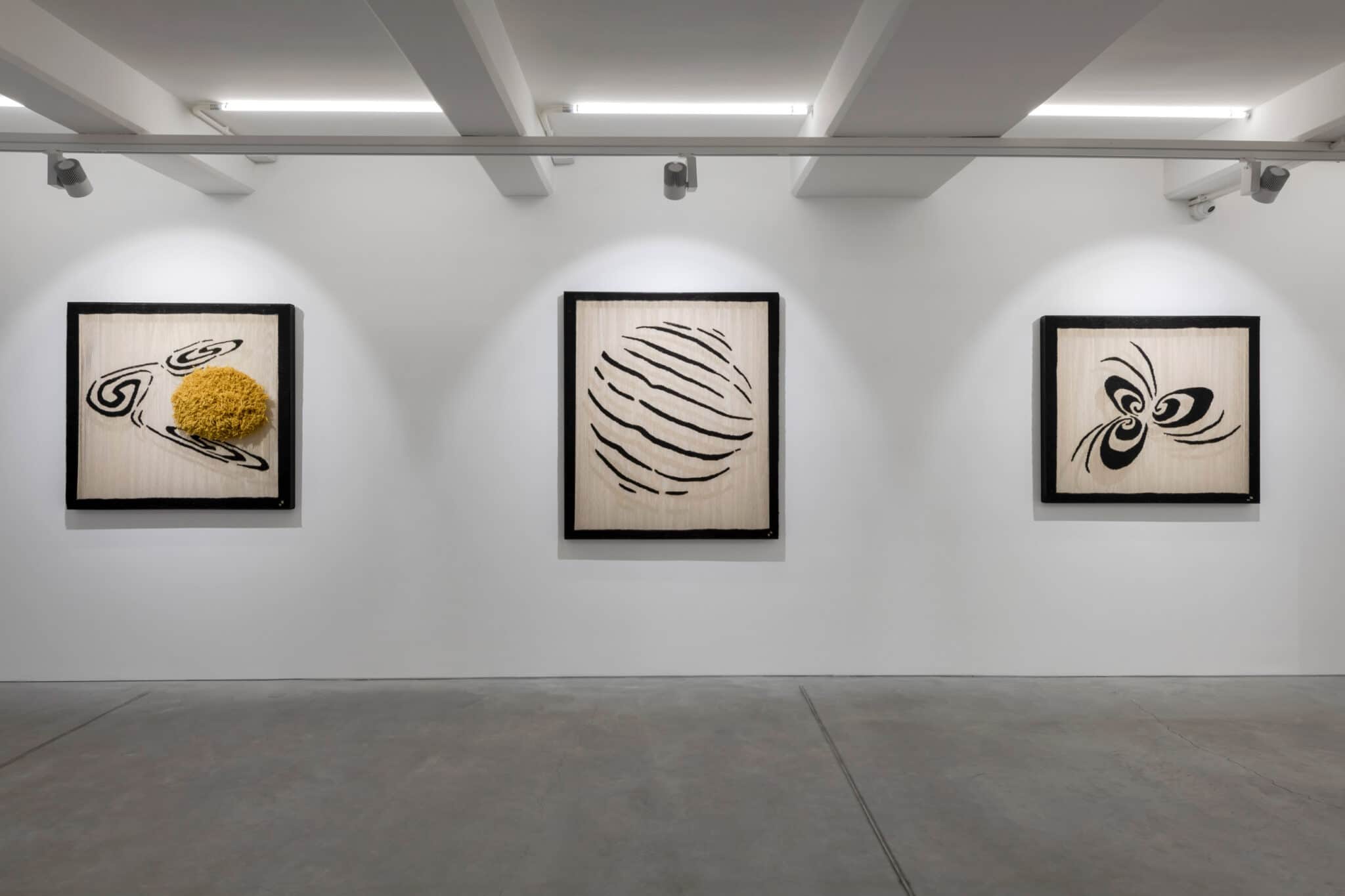 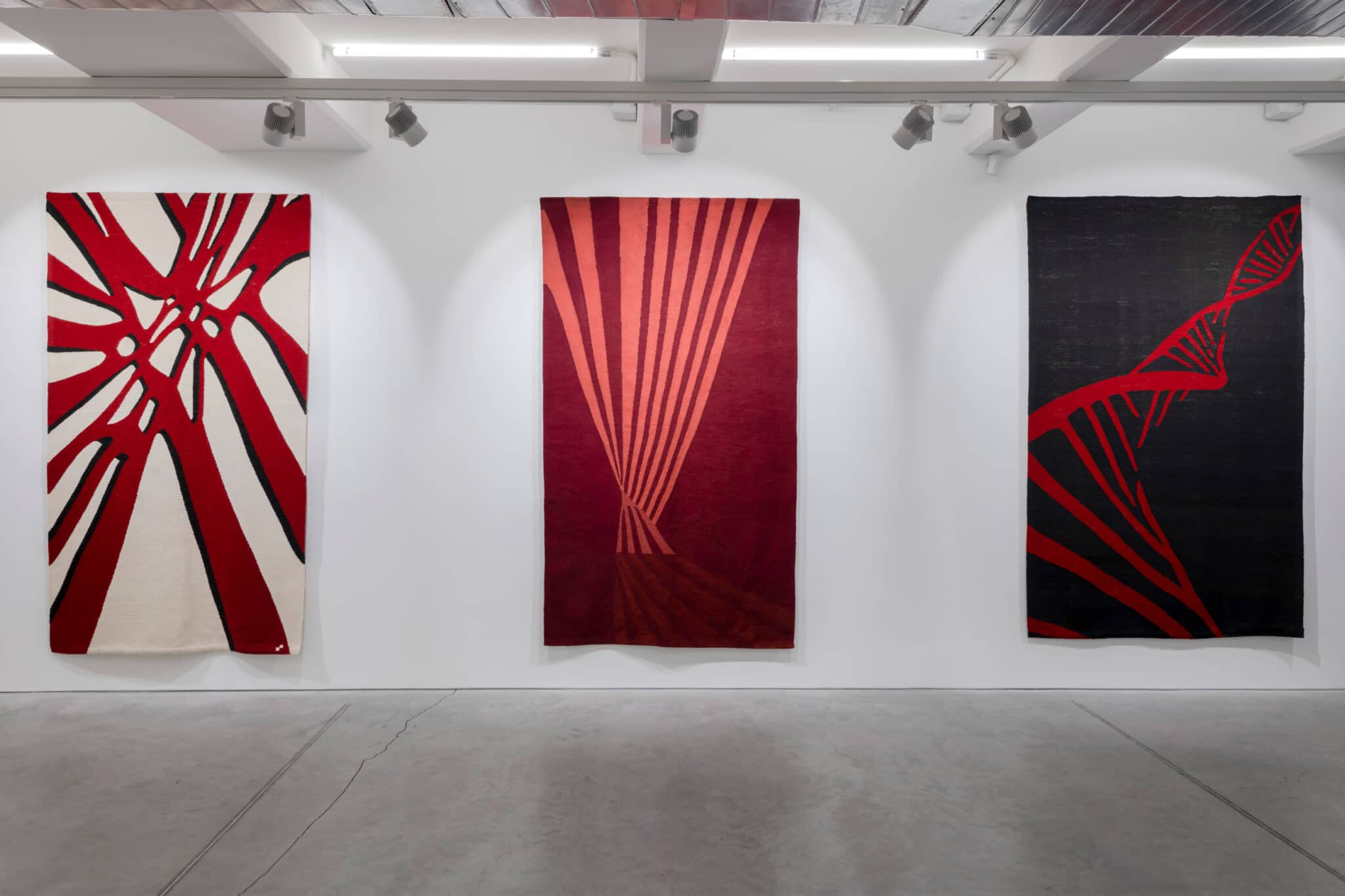 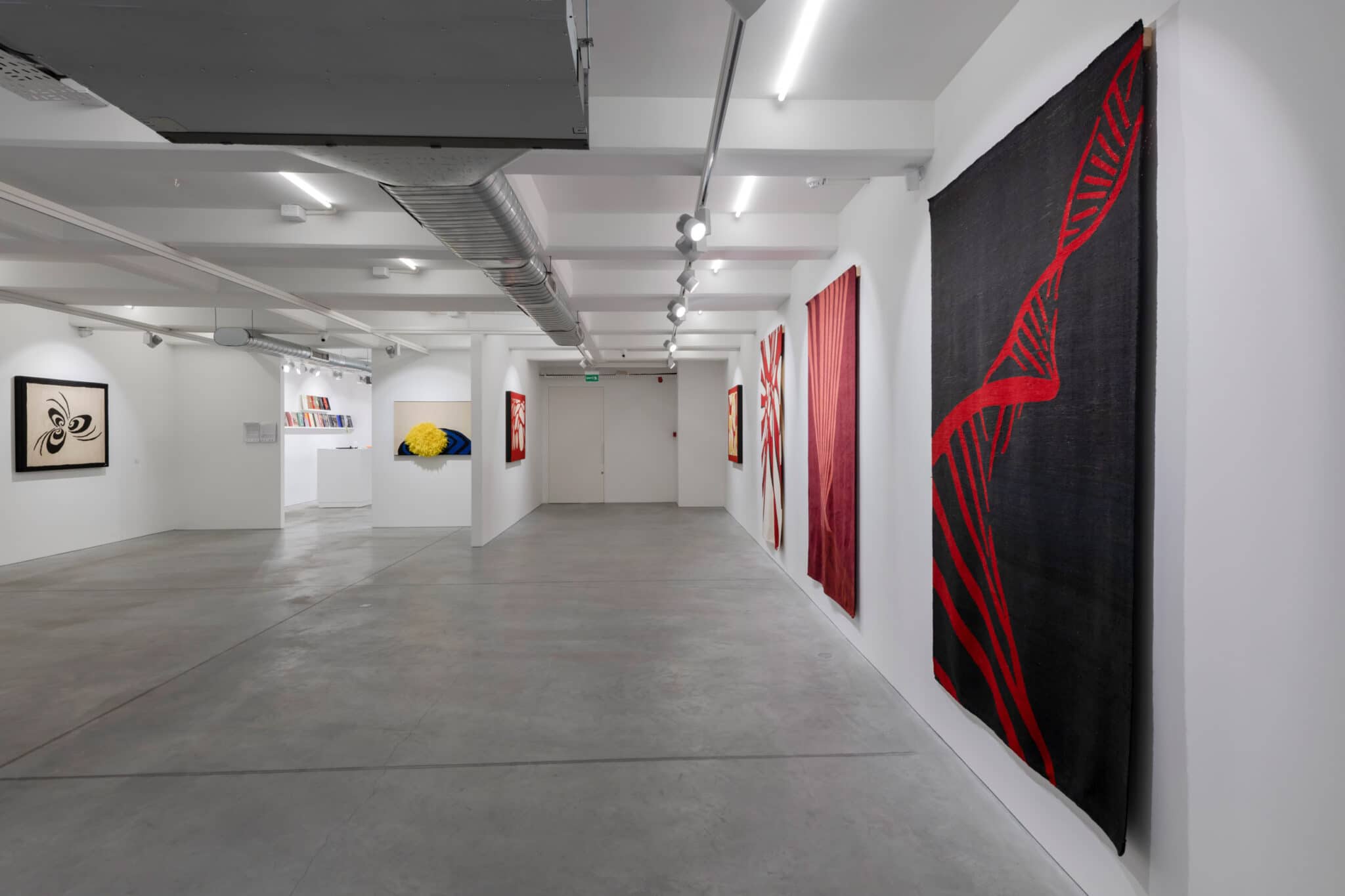 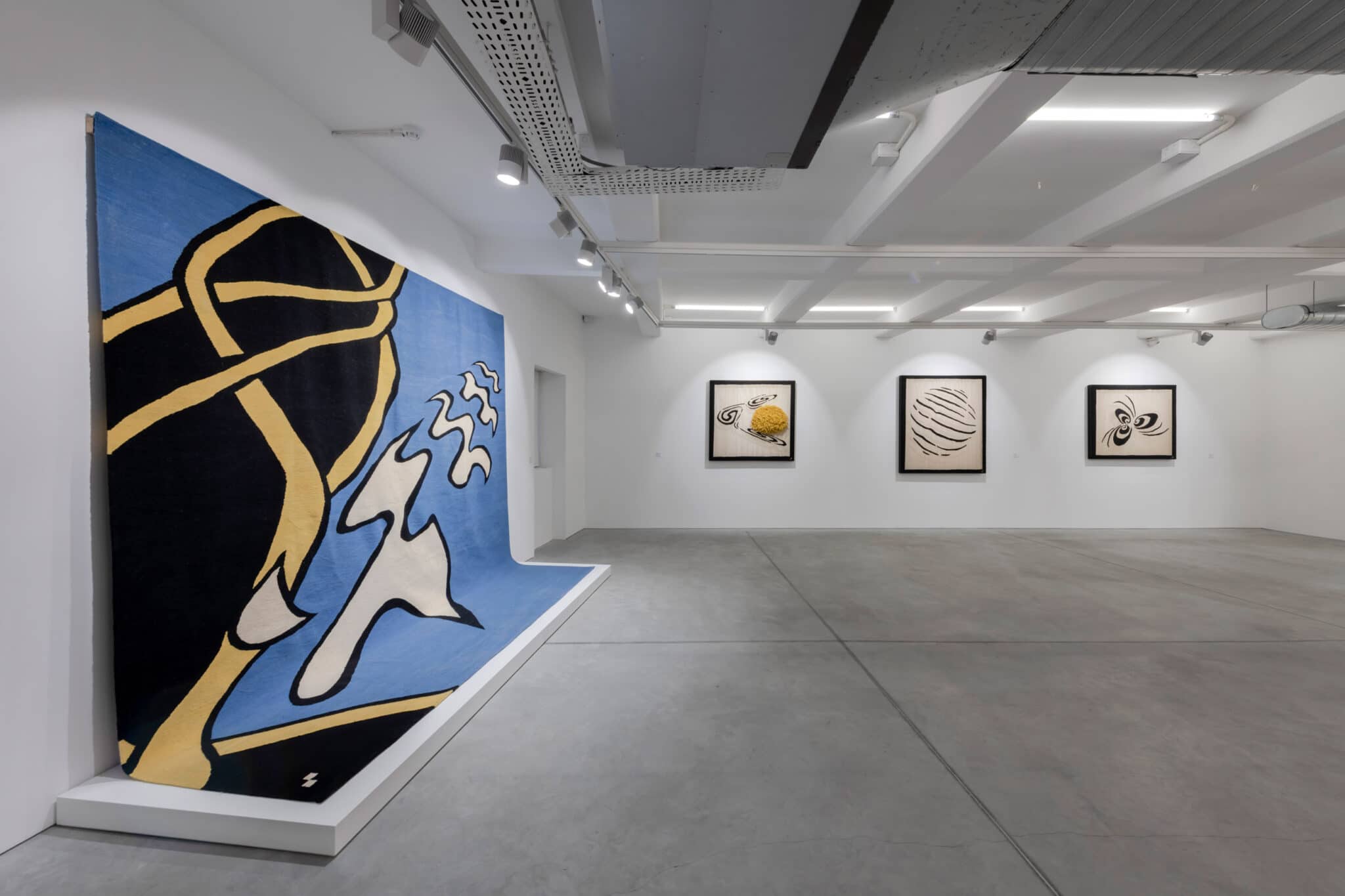 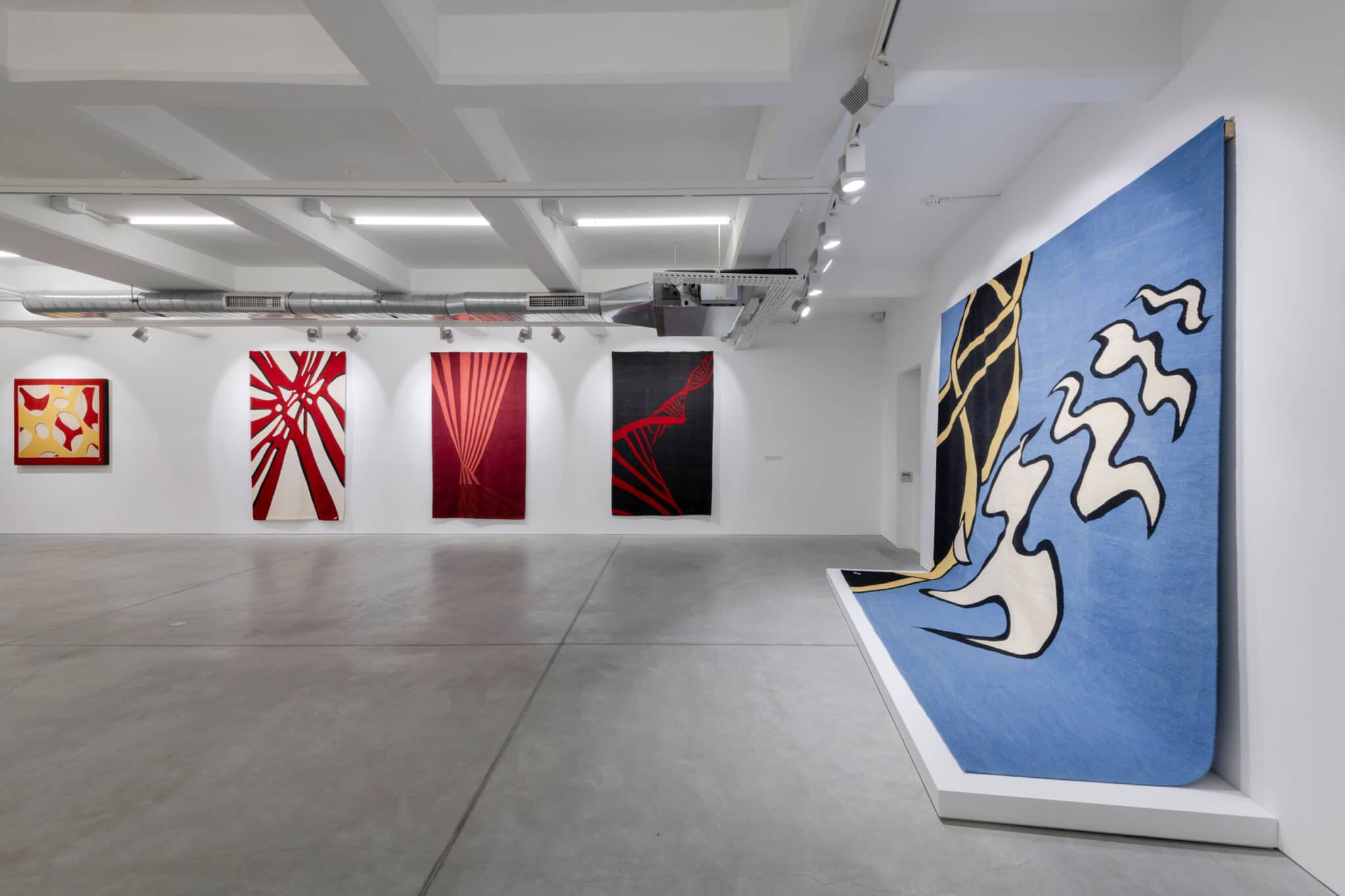 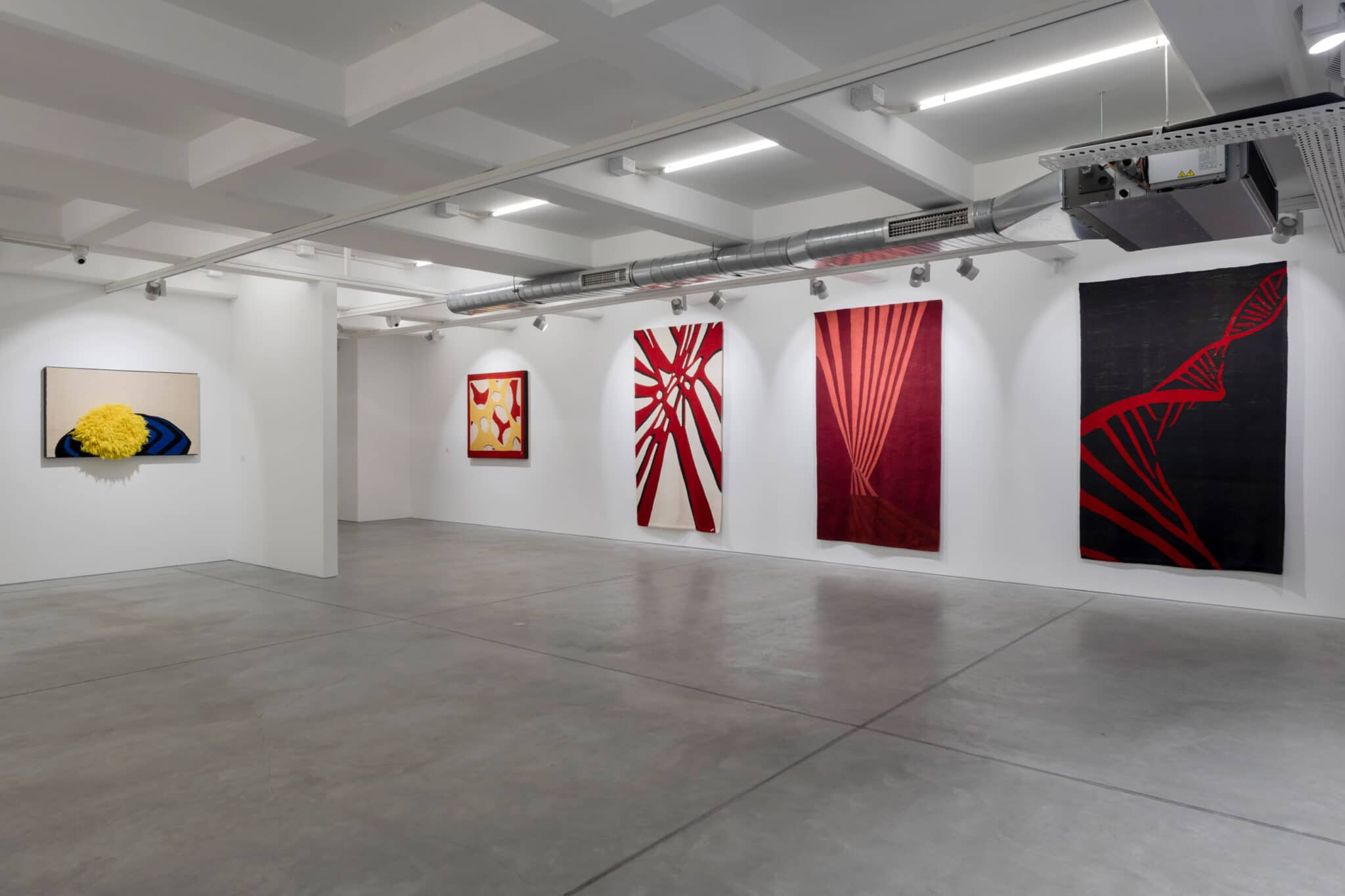 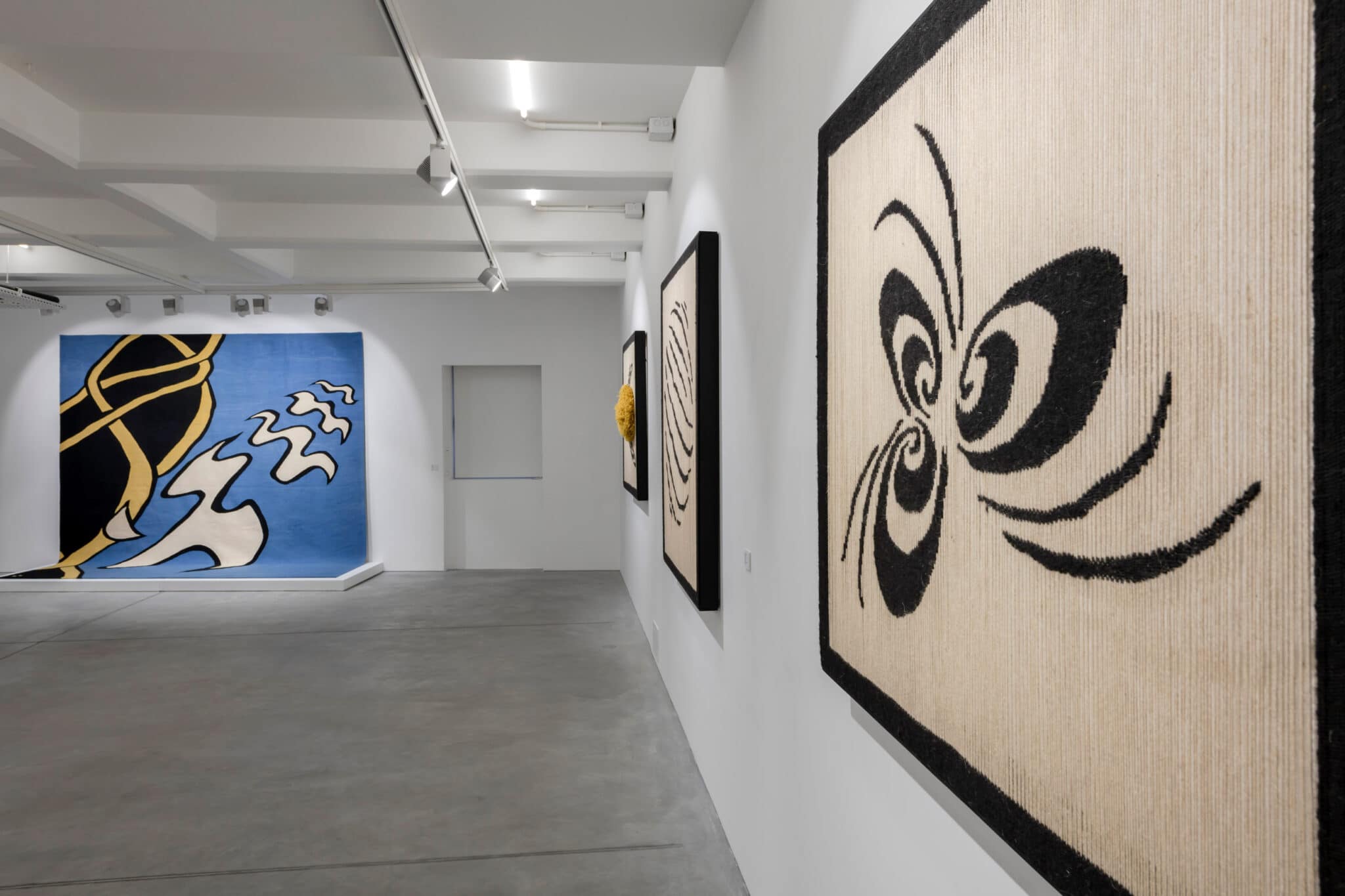 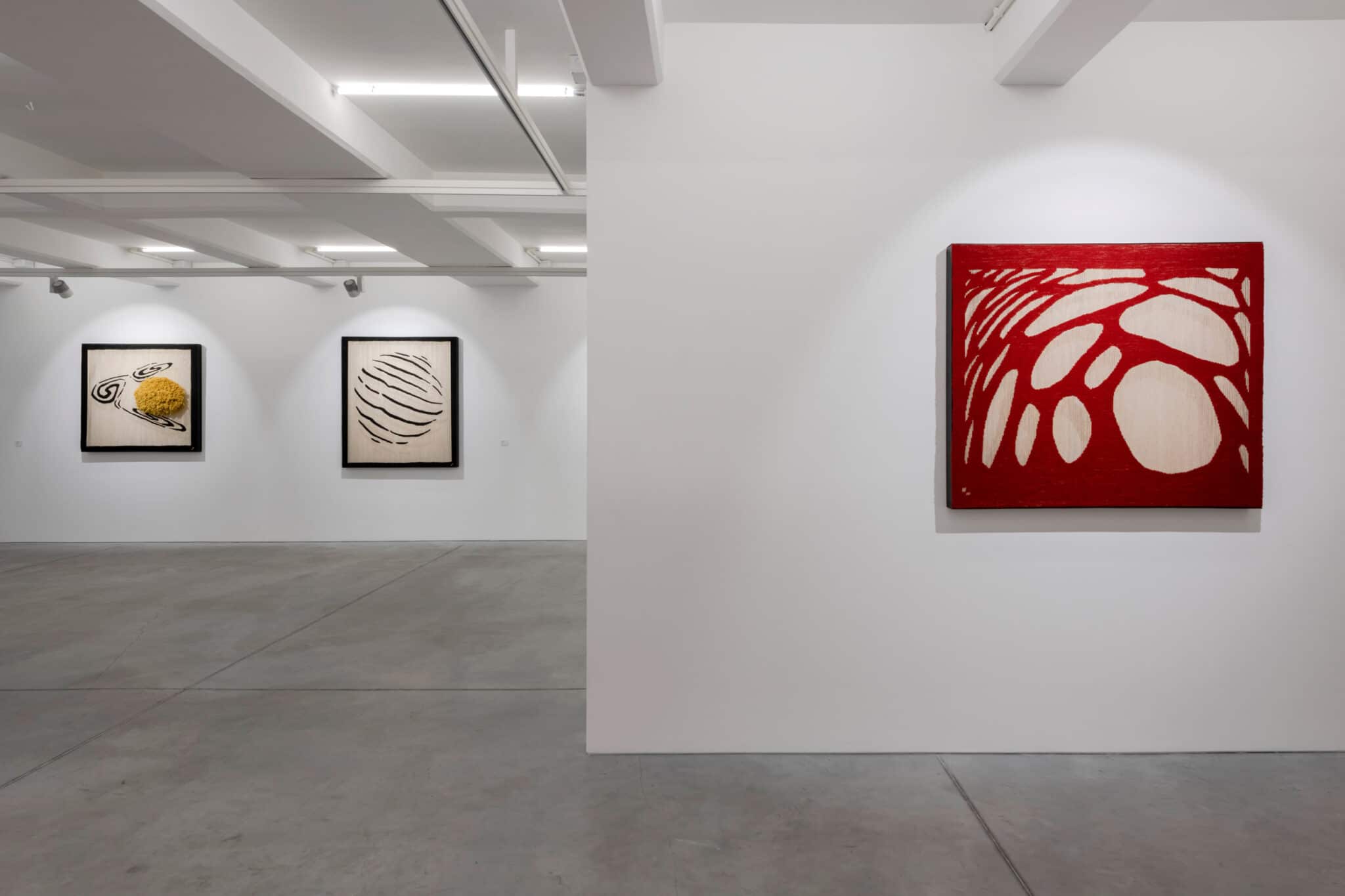 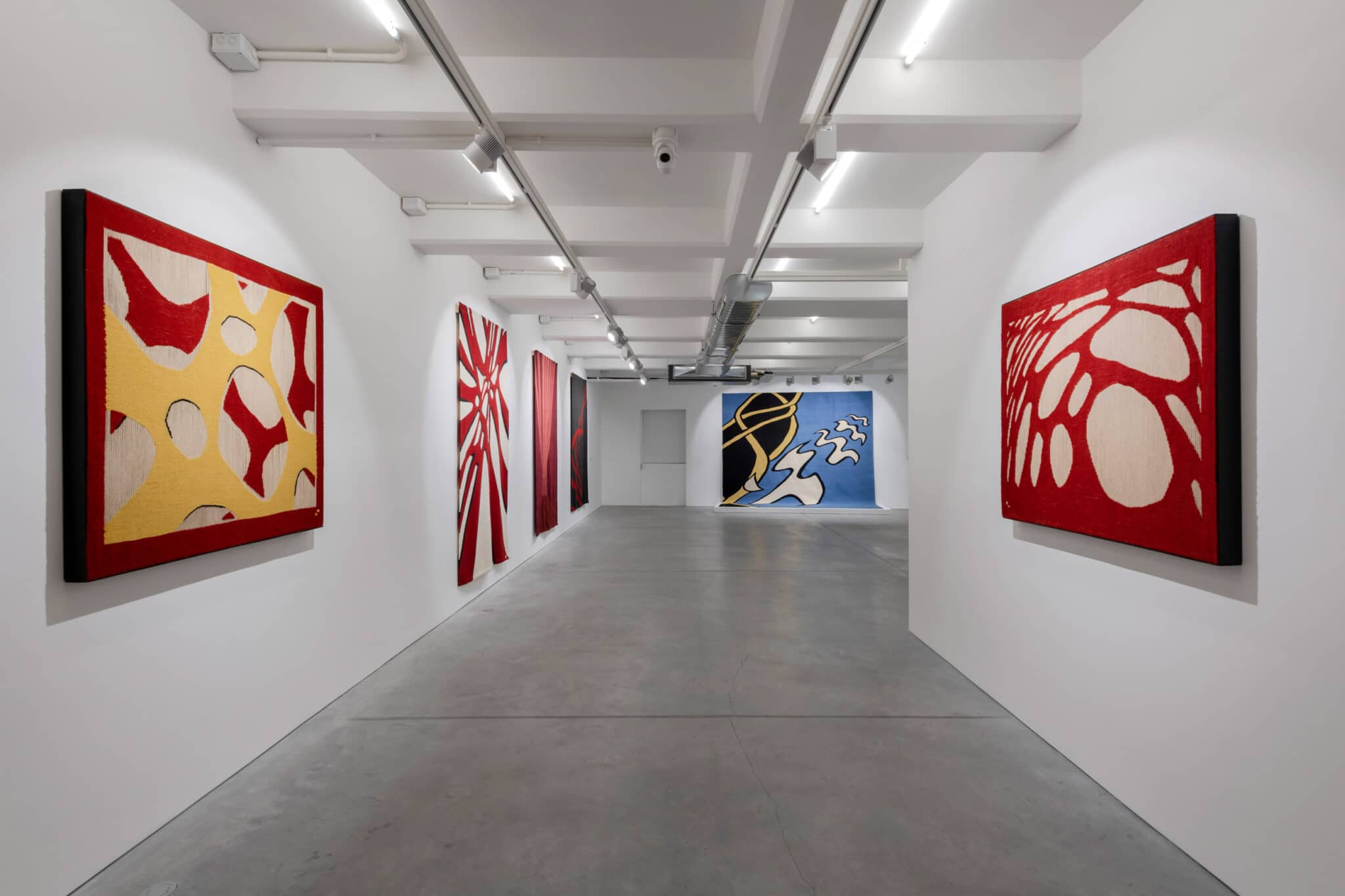 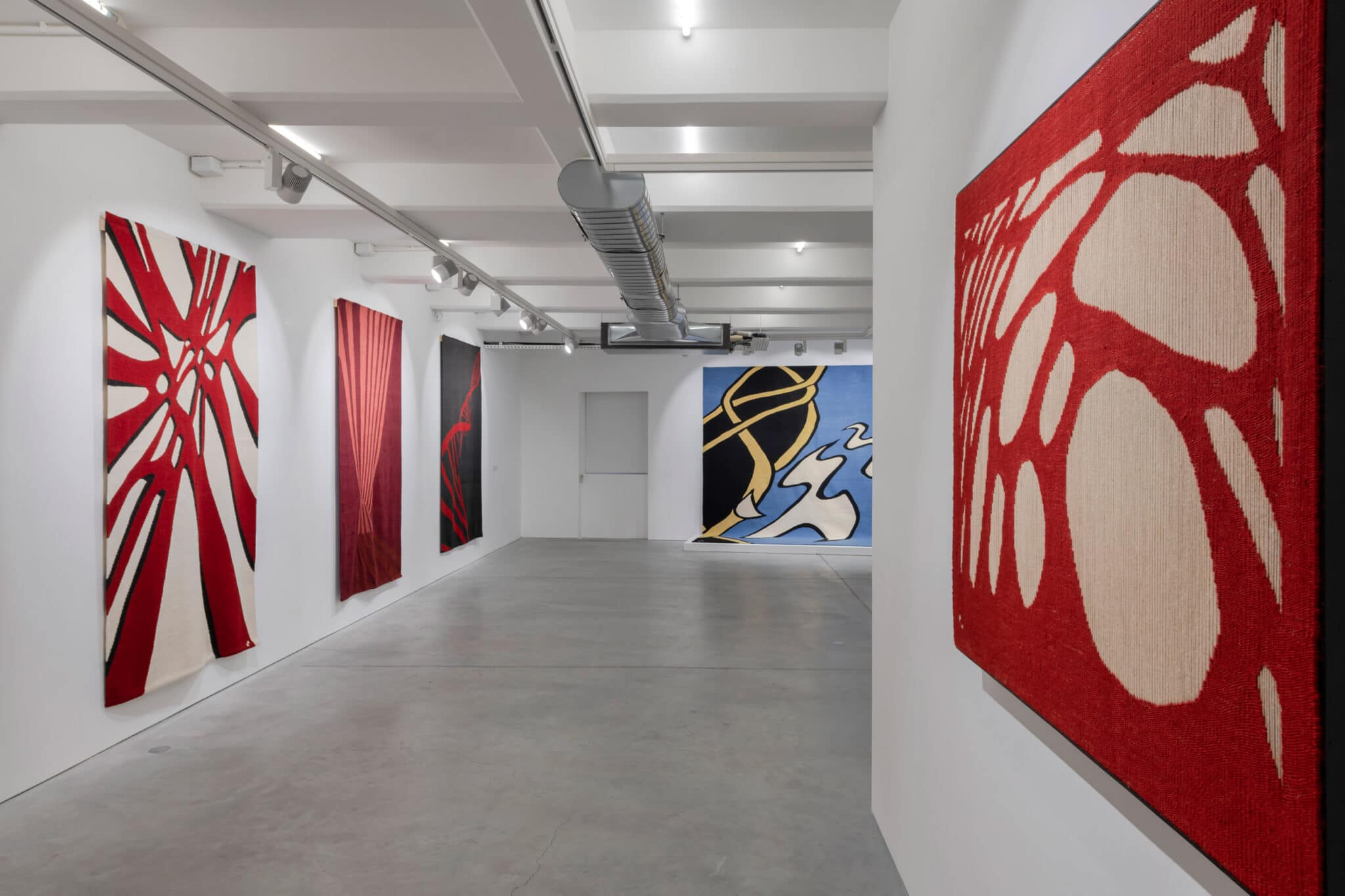 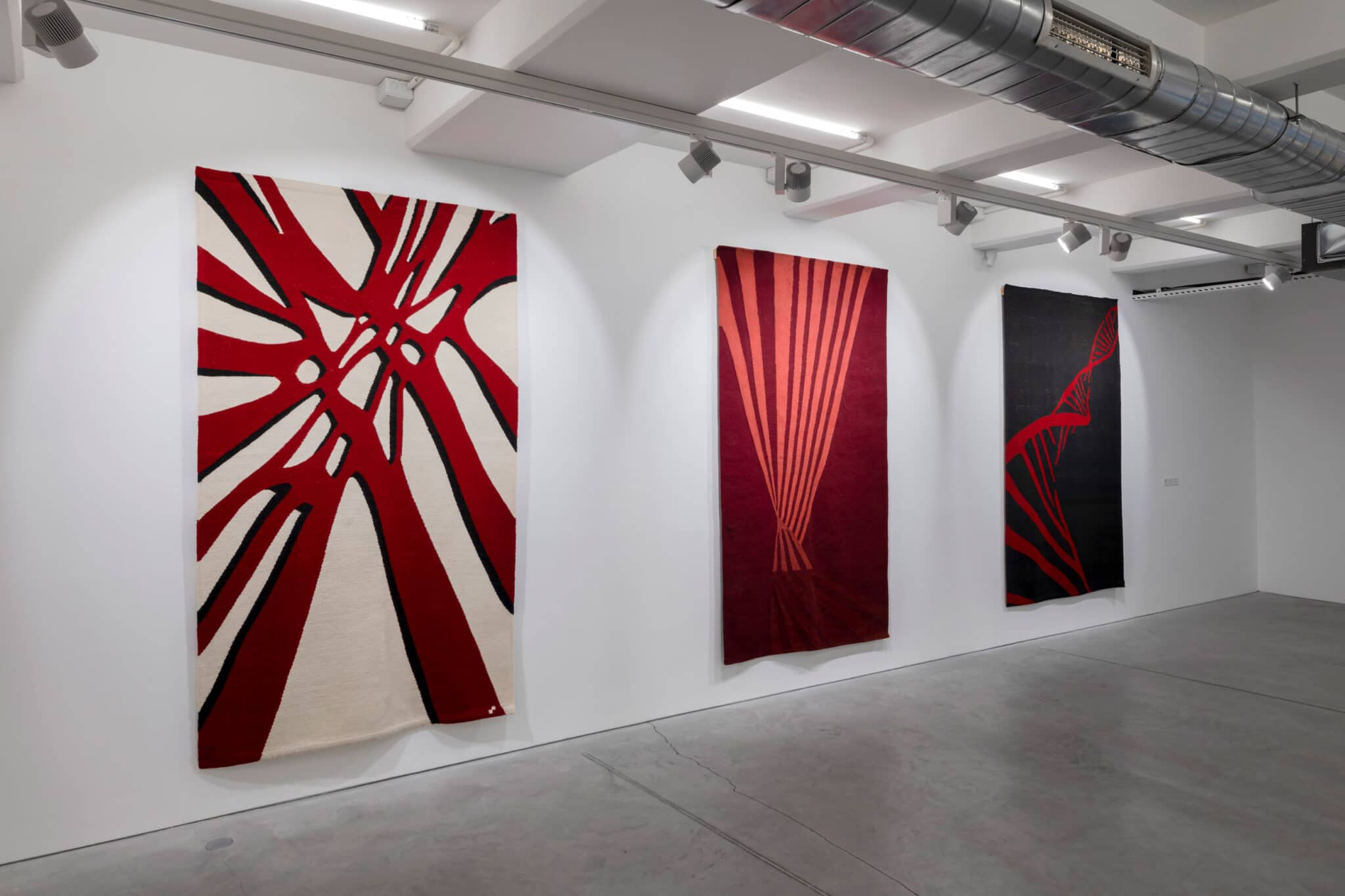 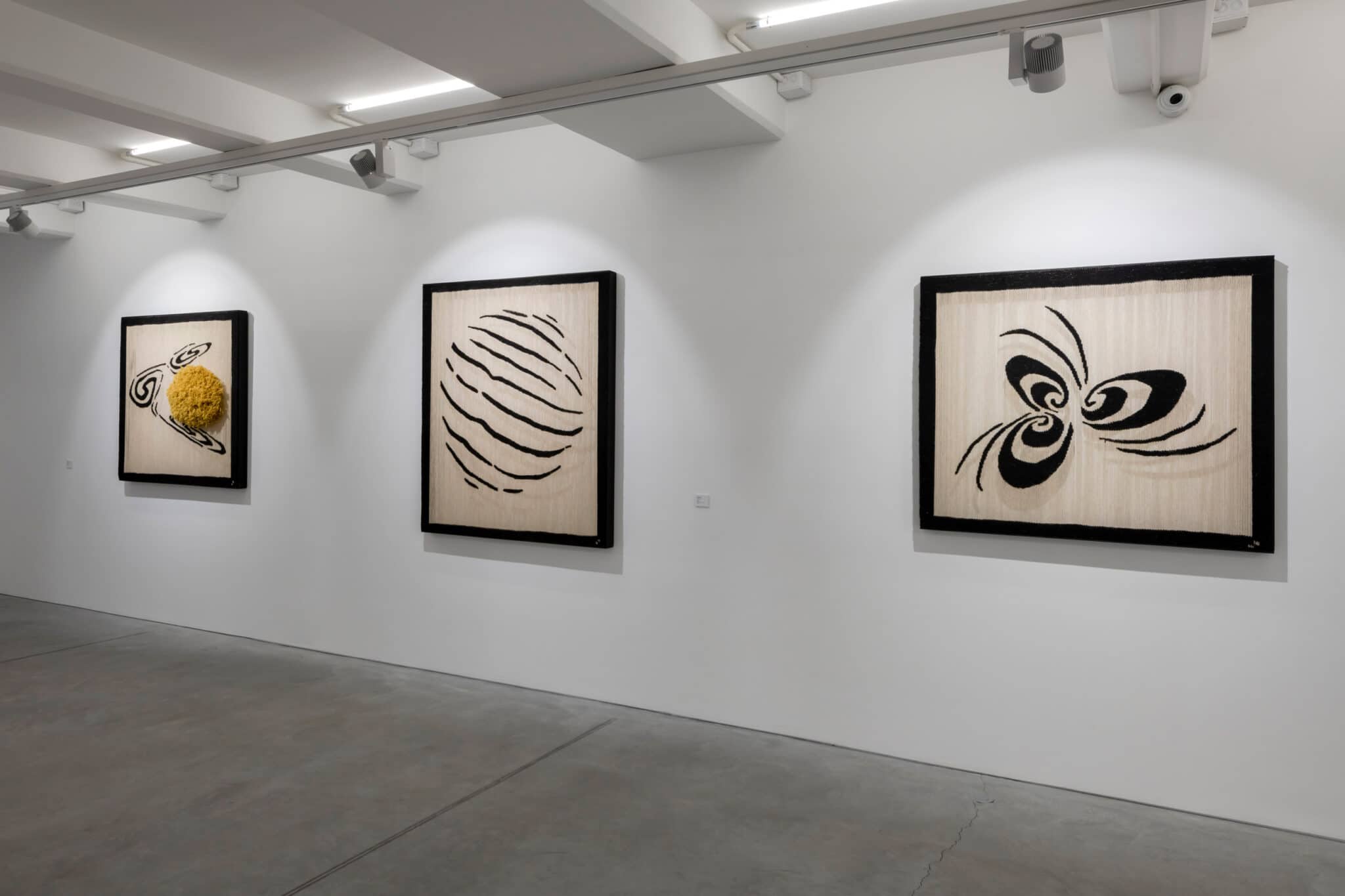 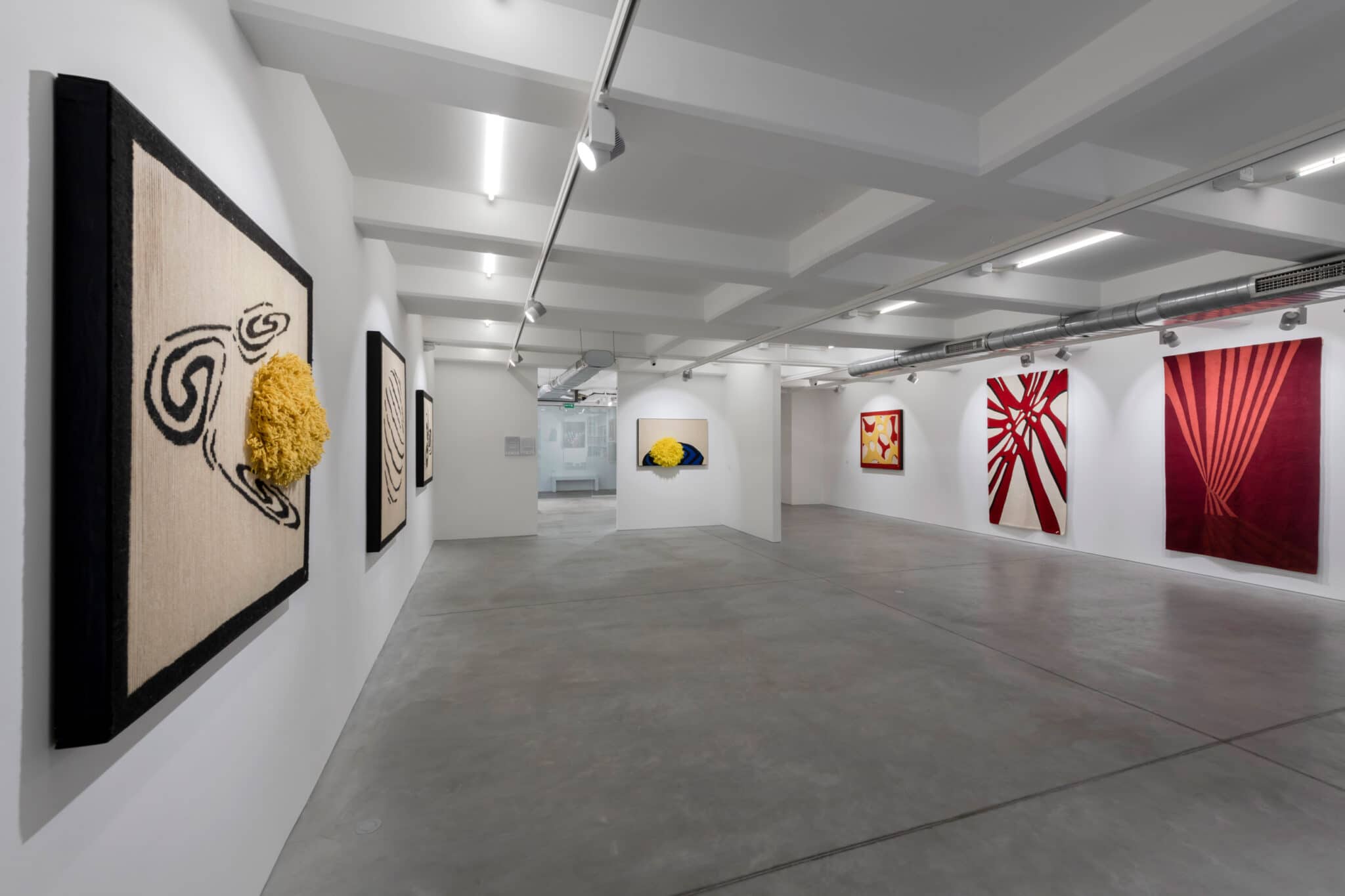 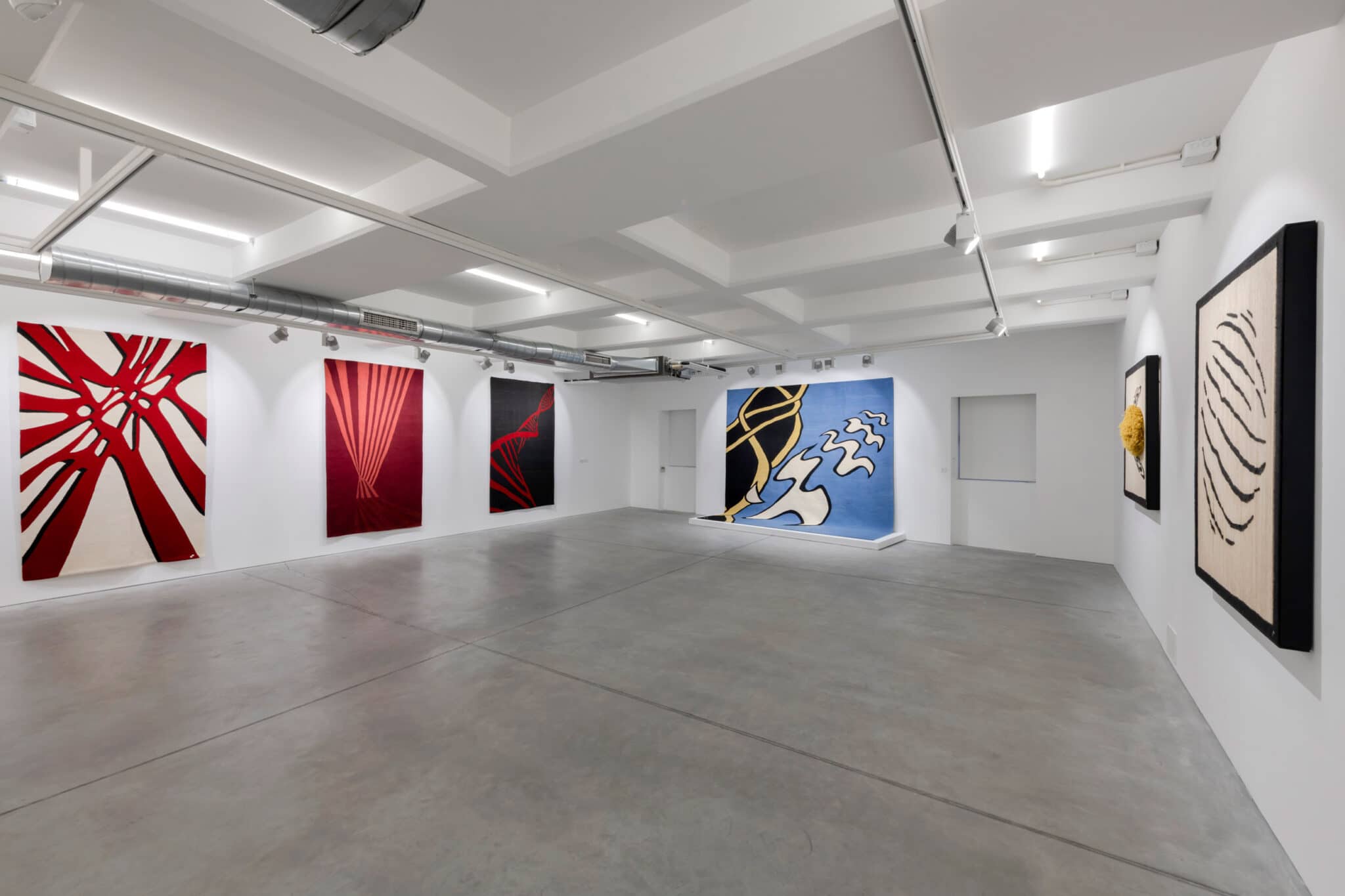 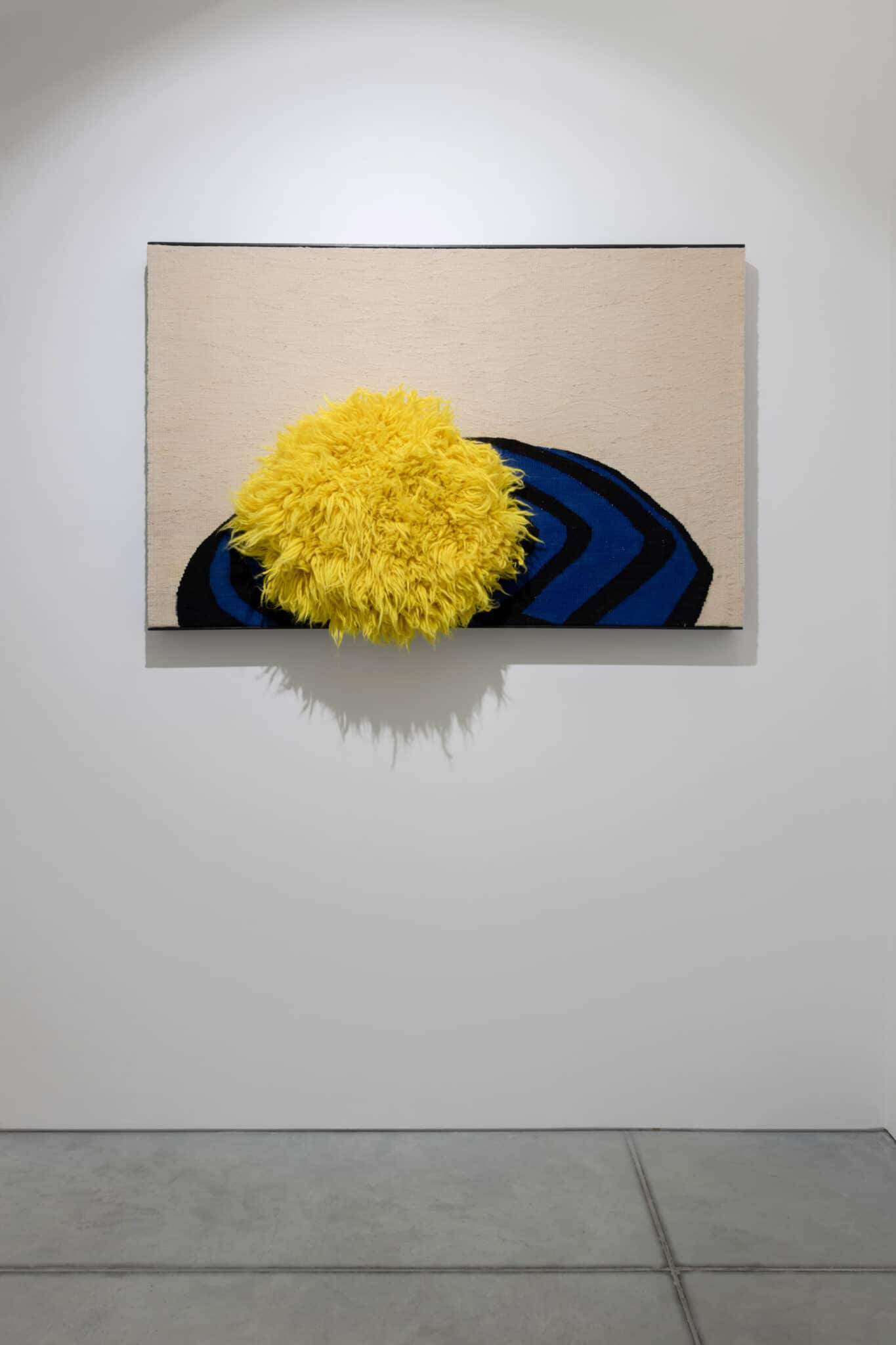 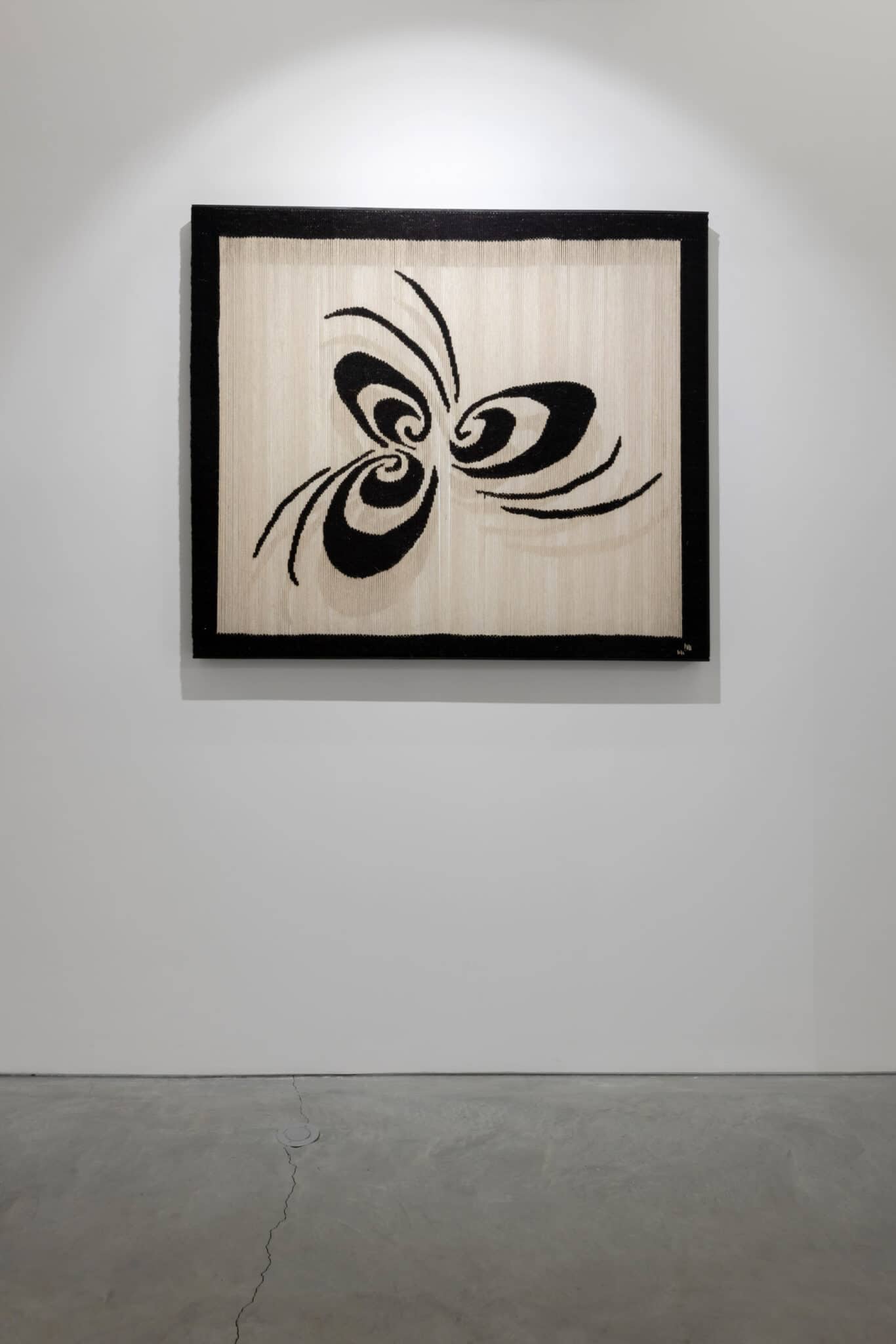 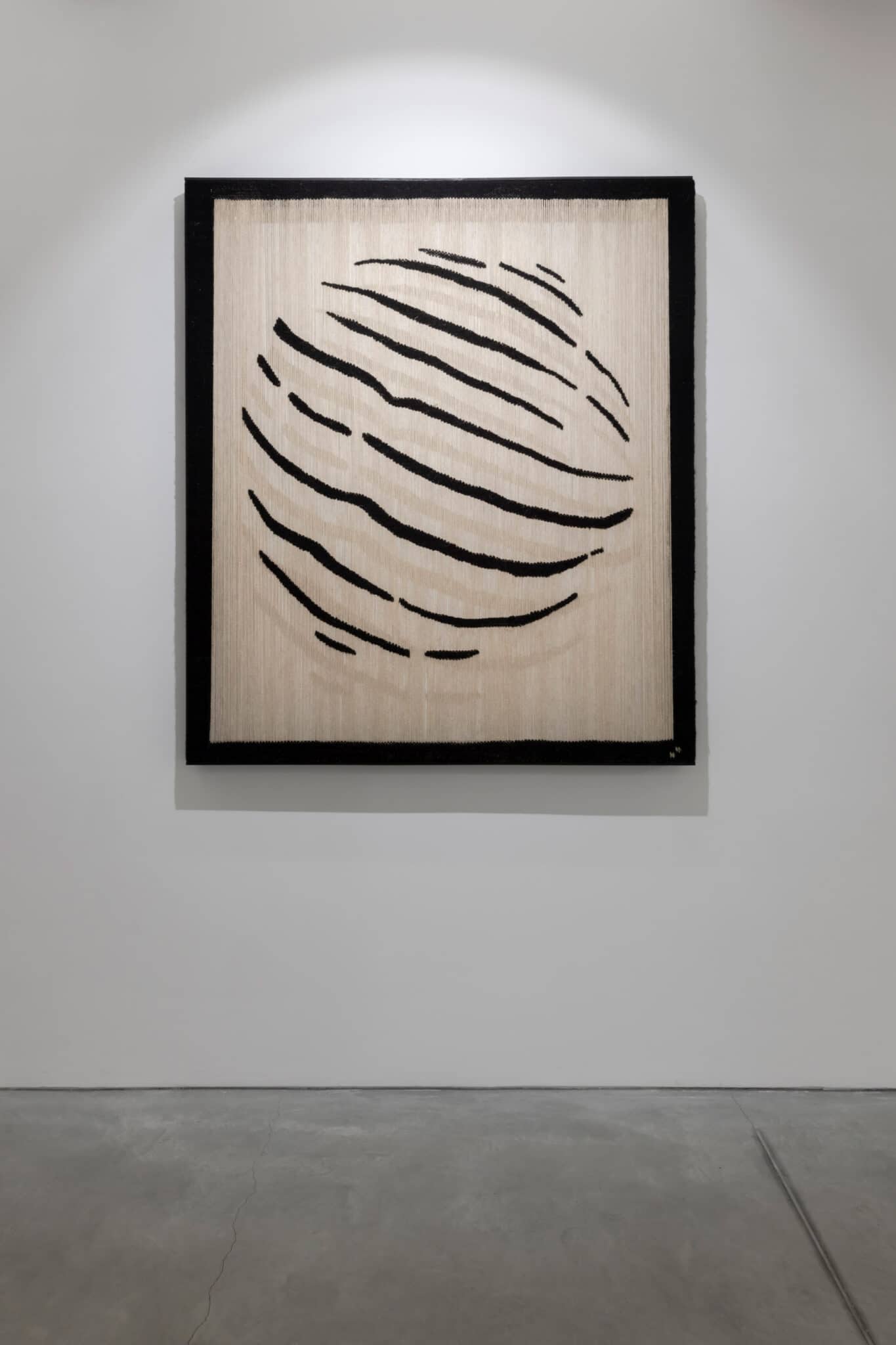 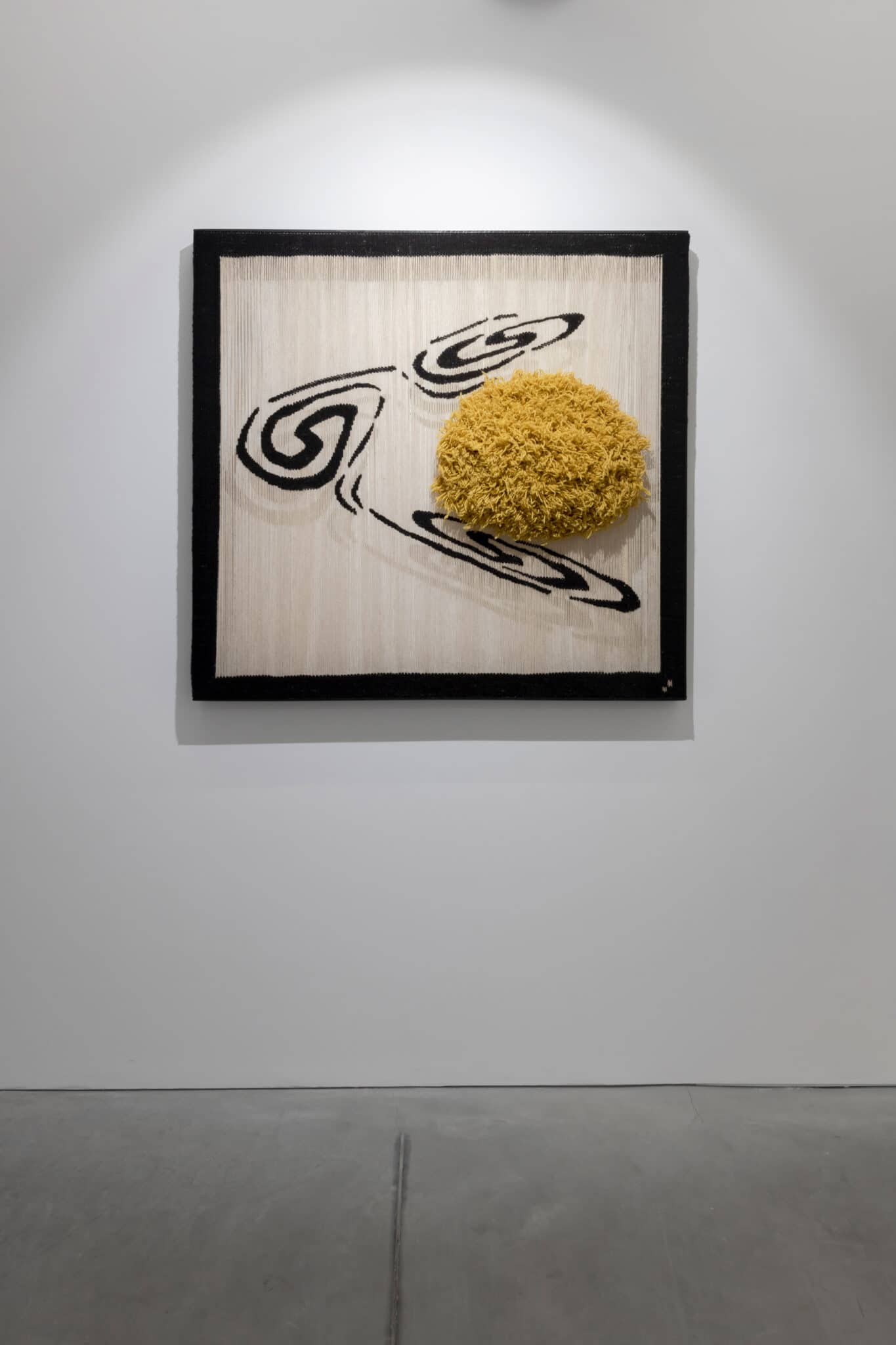 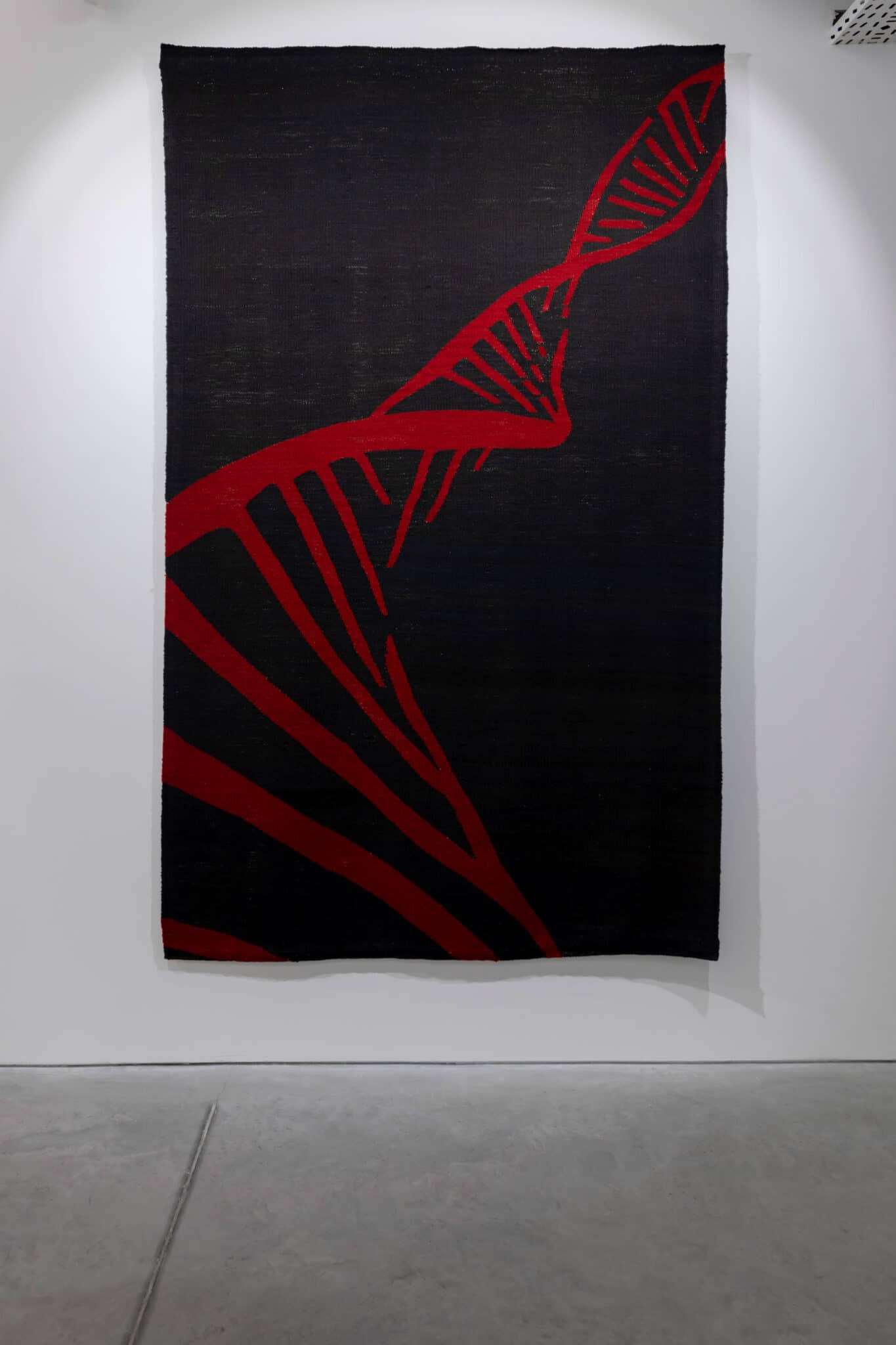 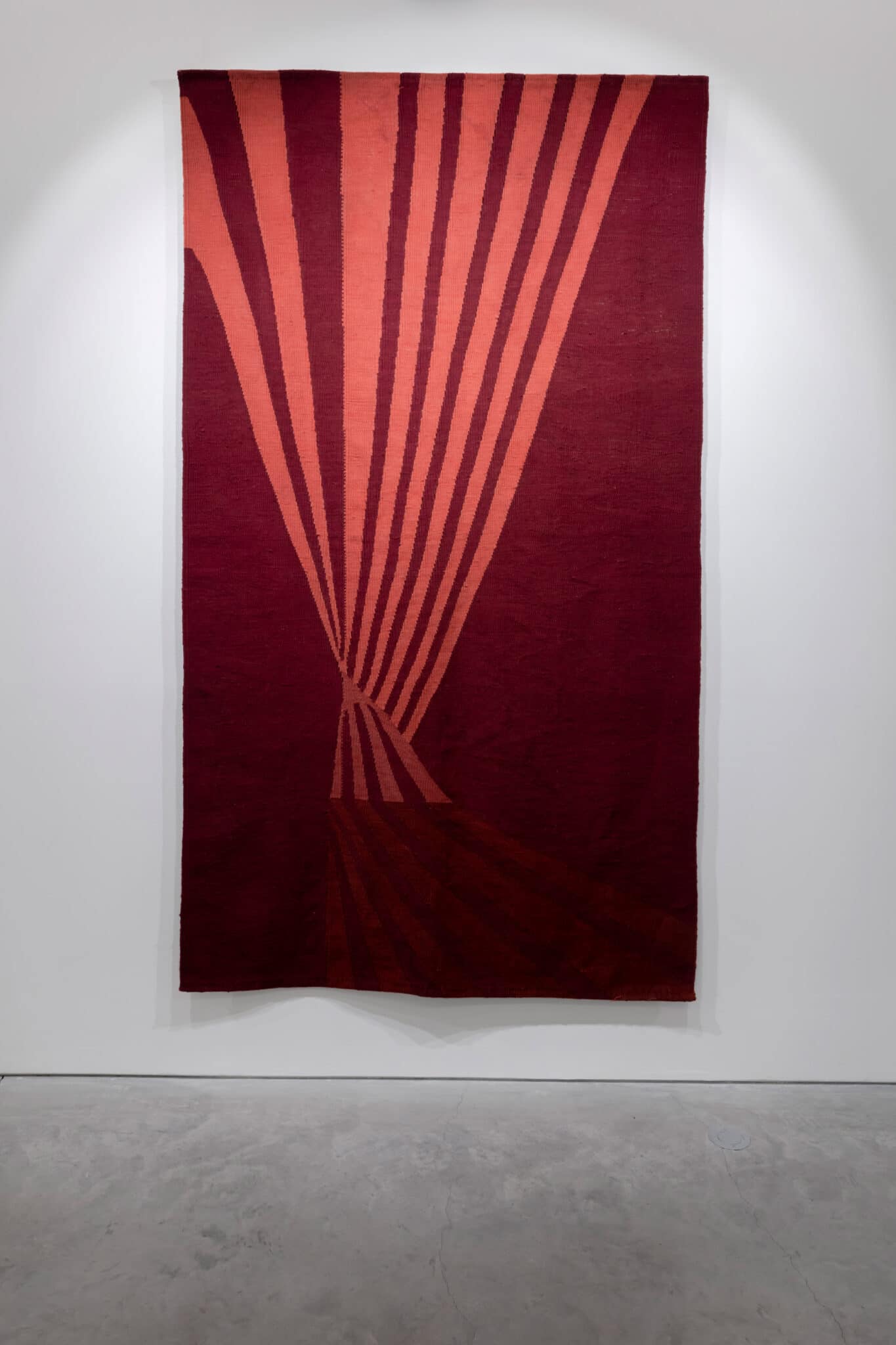 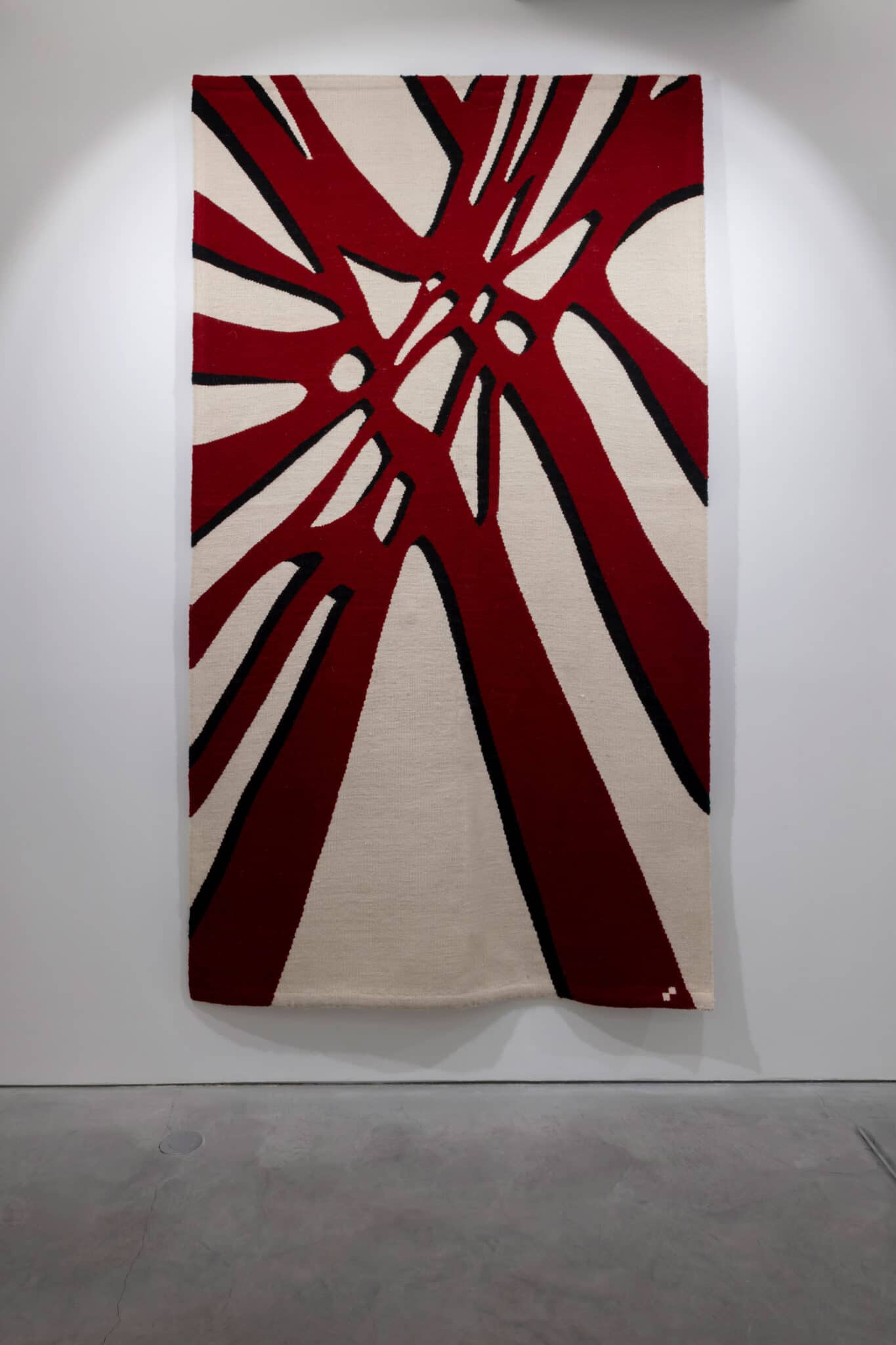 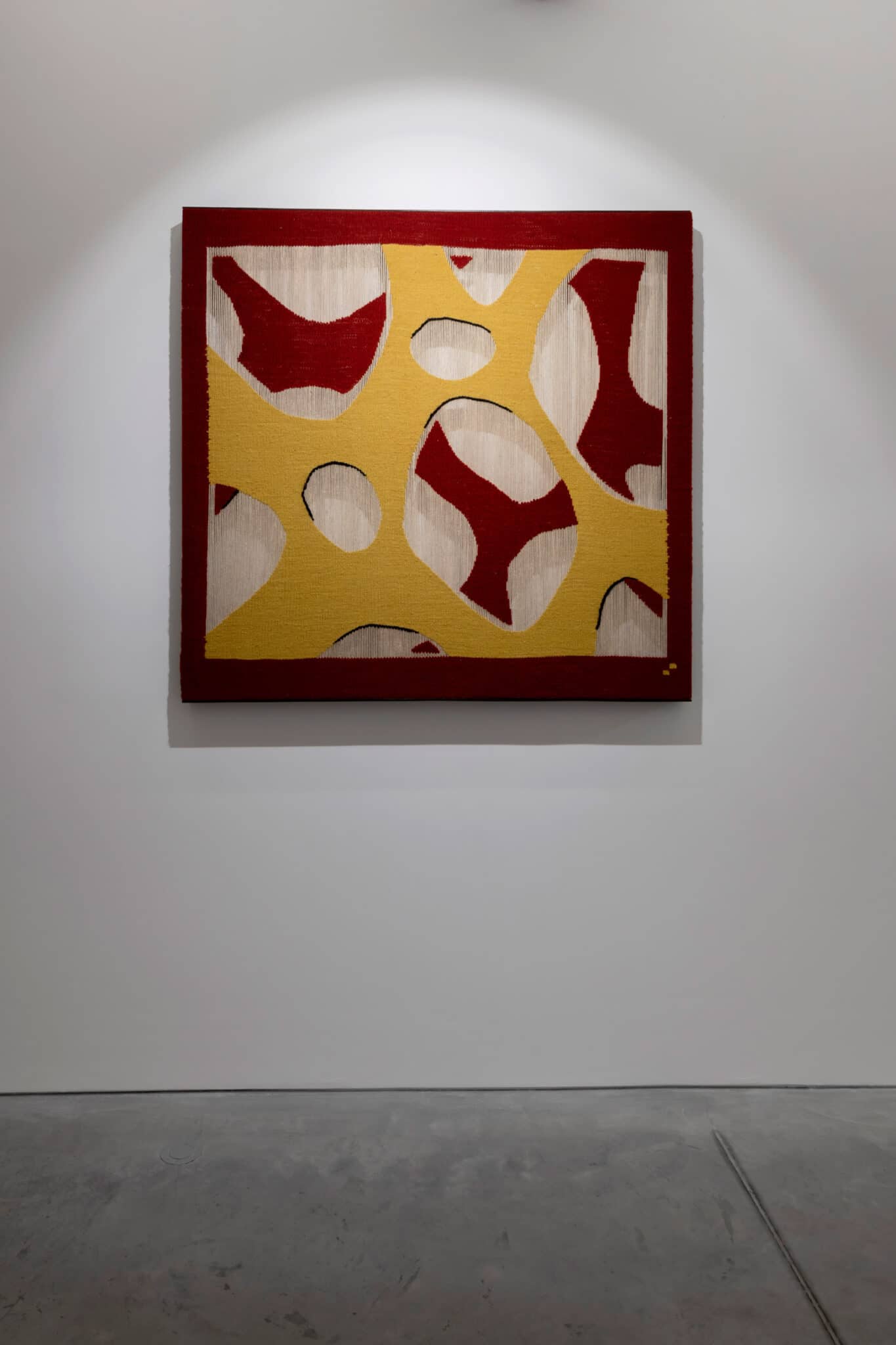 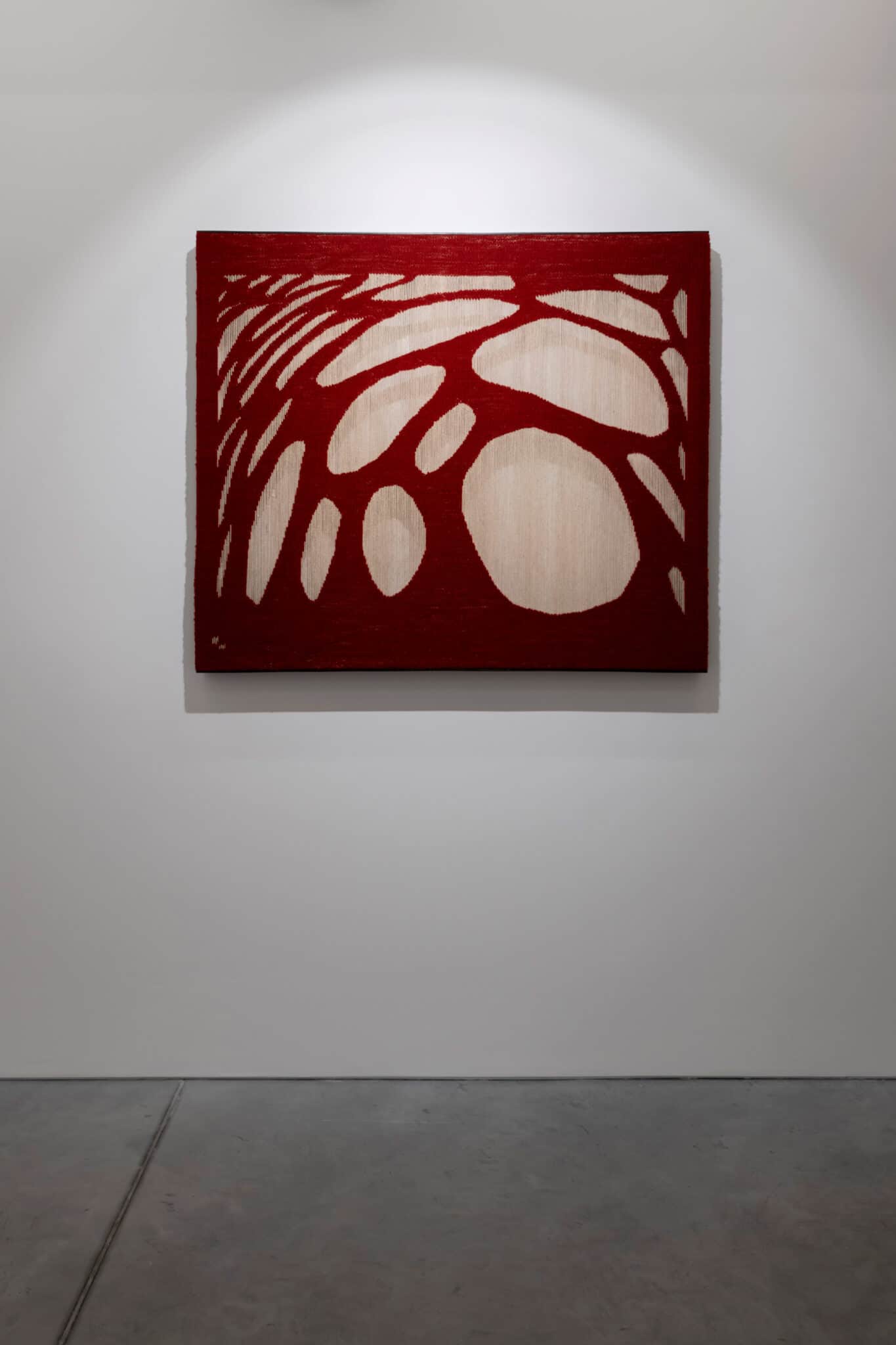 Anna Laudel Istanbul presents acclaimed artist Belkıs Balpınar‘s solo exhibition titled “Micro-Macro” between April 26 and June 10, 2022. Balpınar is known to be the first name in Turkey to produce contemporary art works by using traditional rug weaving techniques. The exhibition features her brand new works that bring together astronomy and the ‘art-kilim’ medium which she has pioneered.

Rug weaving in Anatolia has been a symbol of cultural richness and an important part of Turkish heritage. Balpınar combines this traditional craft with contemporary art and science through her invention named the ‘un-weave’ technique, that breaks the repetitive motifs of traditional rug patterns. This technique allows her to display the universe consisting of many elementary particles, stars and galaxies on the rug weave by using minimalistic drawings.

Balpınar investigates the theoretical and practical aspects of perception and imperception both as a scholar and an artist. She admits that she and her work have been influenced by Albert Einstein’s demonstration of the fourth dimension, which humankind is not yet capable of perceiving, on a space in terms of time and speed. She represents the space with large spiral forms and shows the movements of orbits that exist within the complex universe in their simplest form.

Her curiosity in science and cosmology manifests in her designs through her visual language. Looking from a relatively more universal point of view, with her designs she offers the audience new perspectives and different ways of perceiving the world.

The exhibition “Micro-Macro“, featuring Belkıs Balpınar‘s new artworks can be seen at Anna Laudel until June 10, 2022.