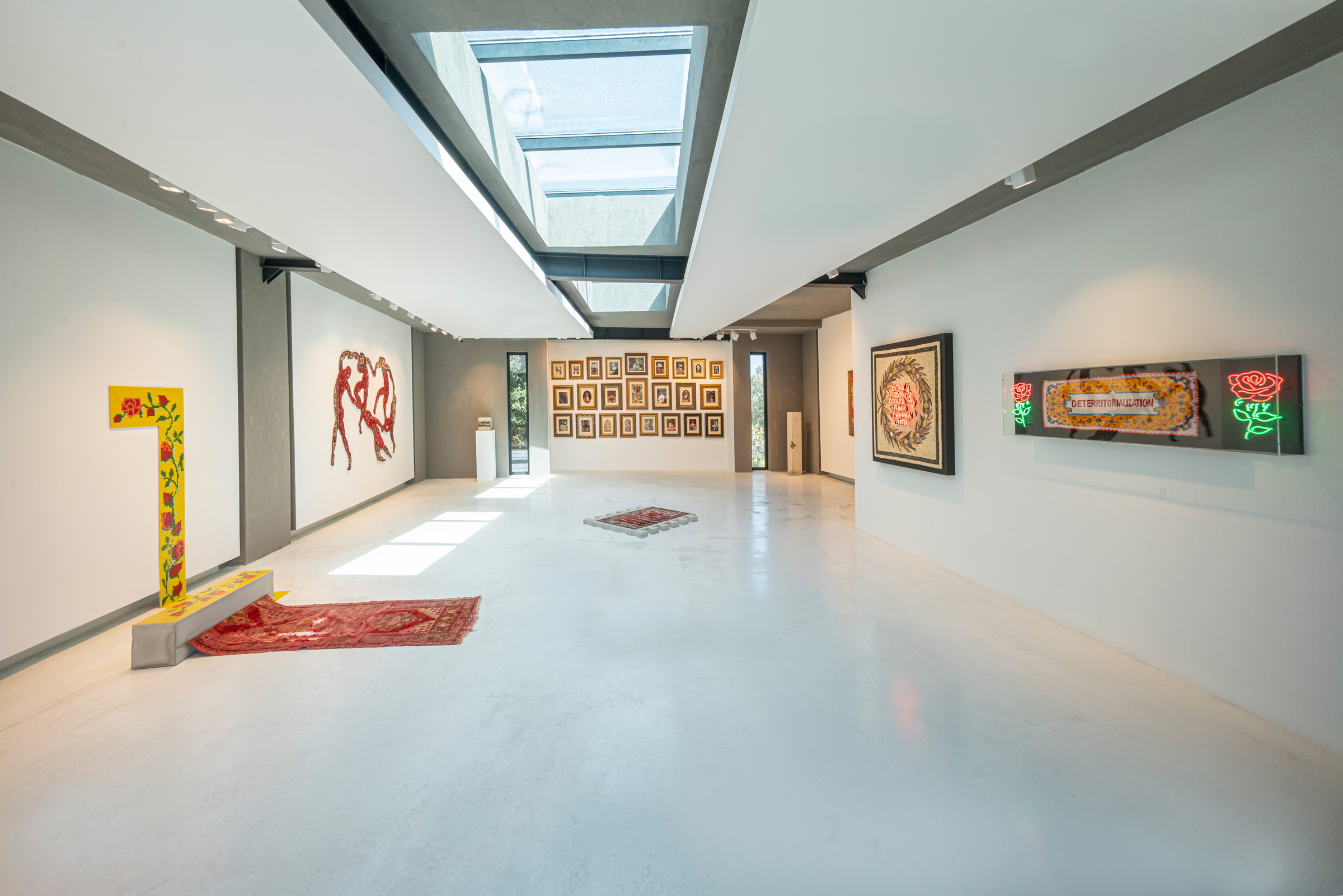 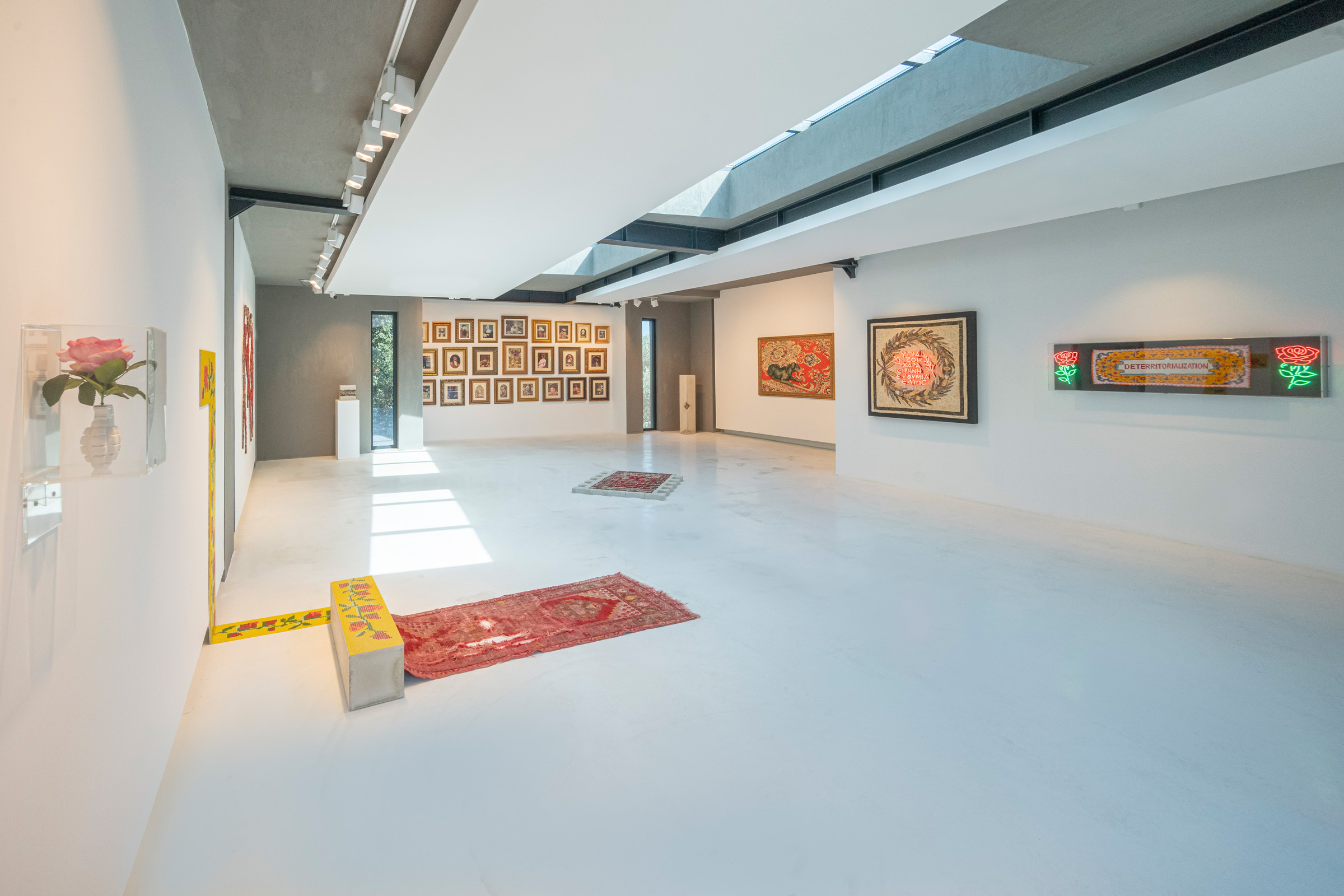 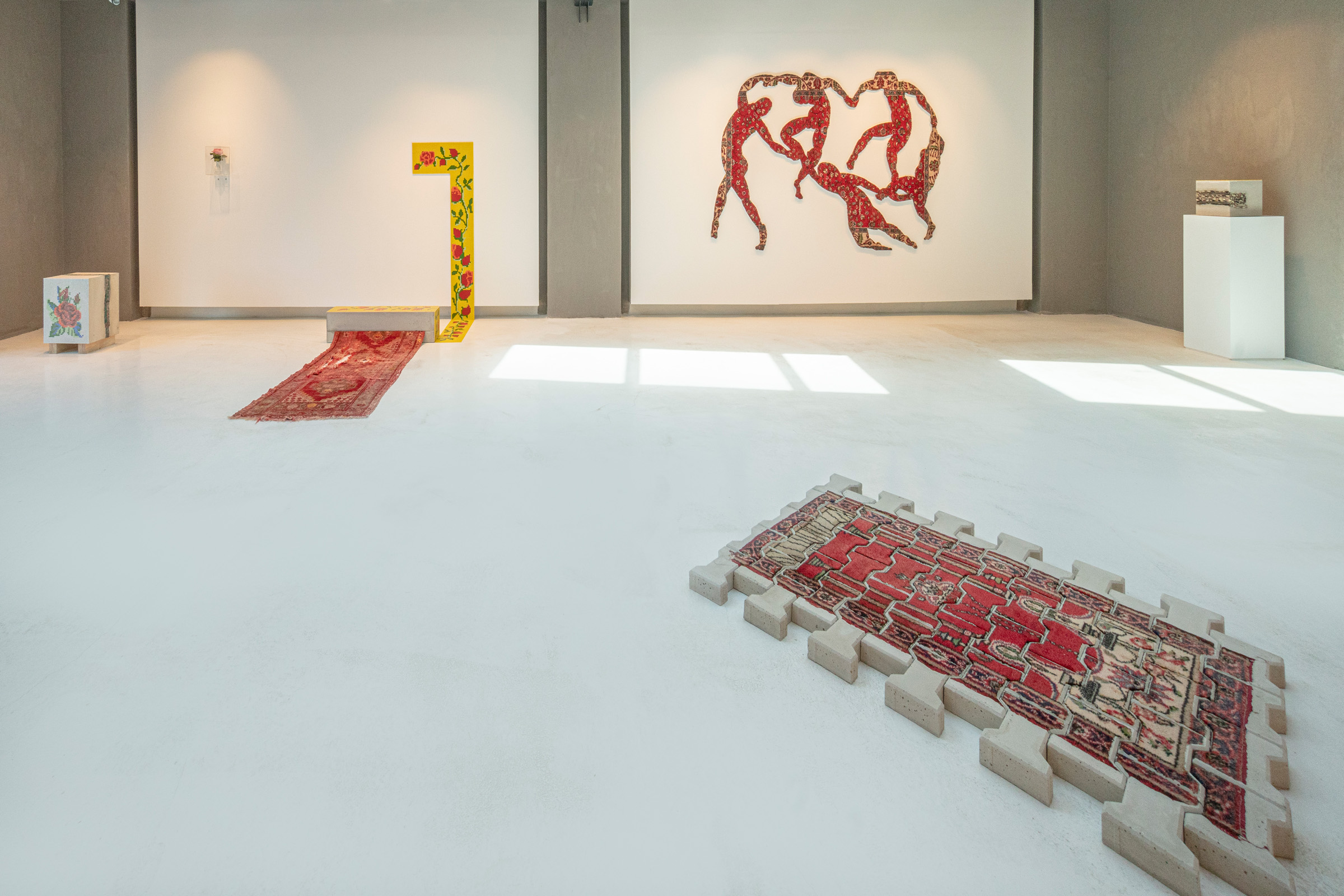 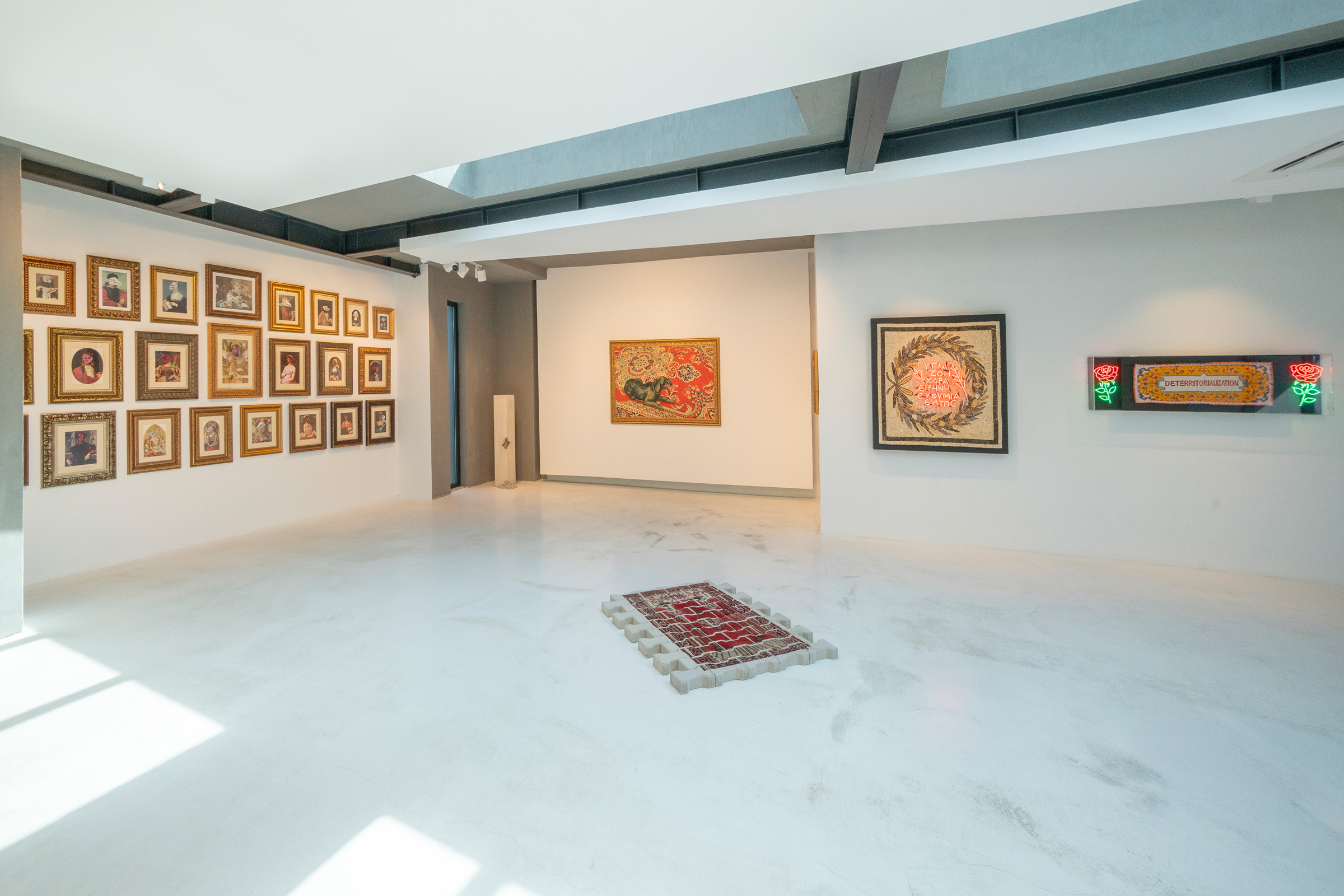 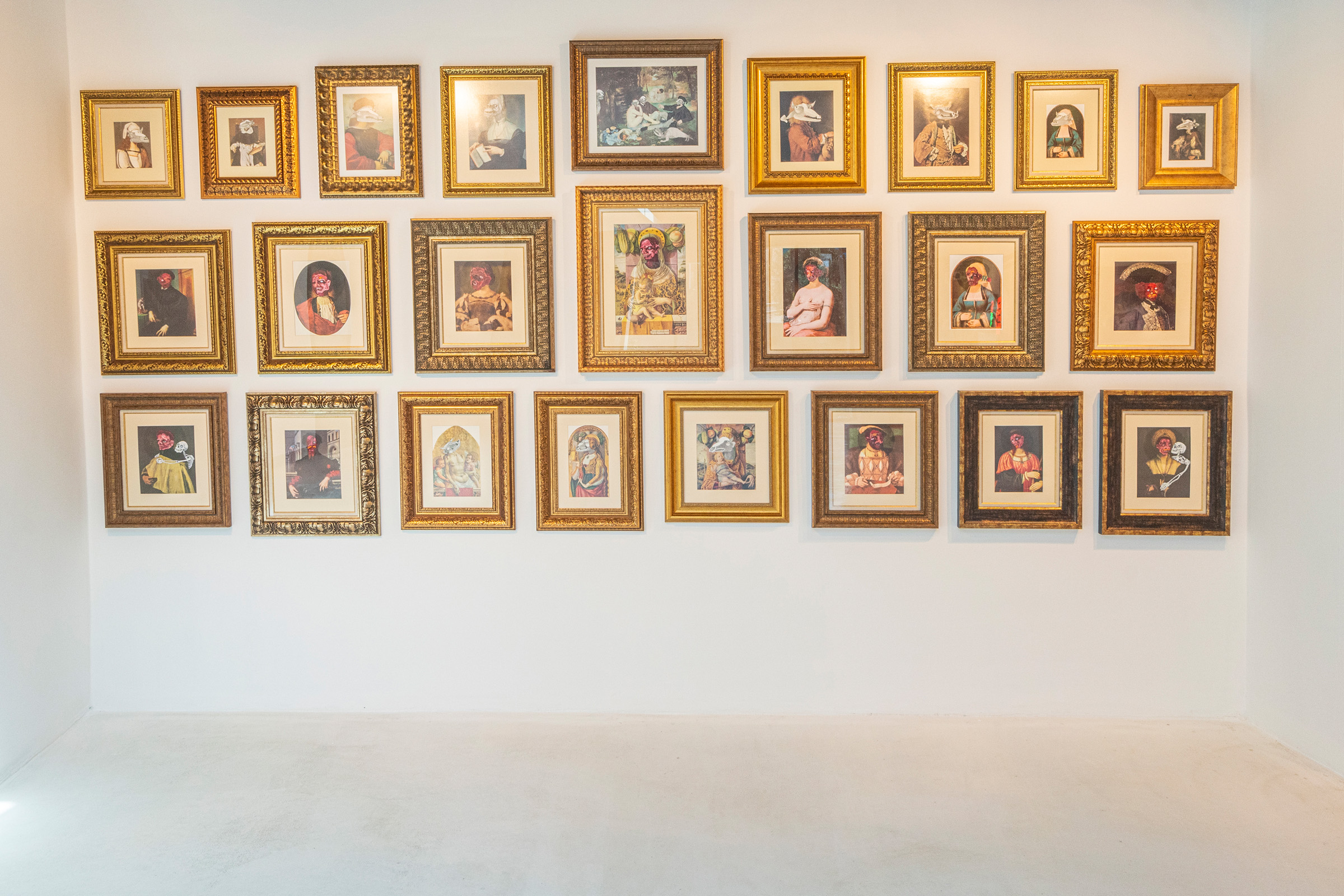 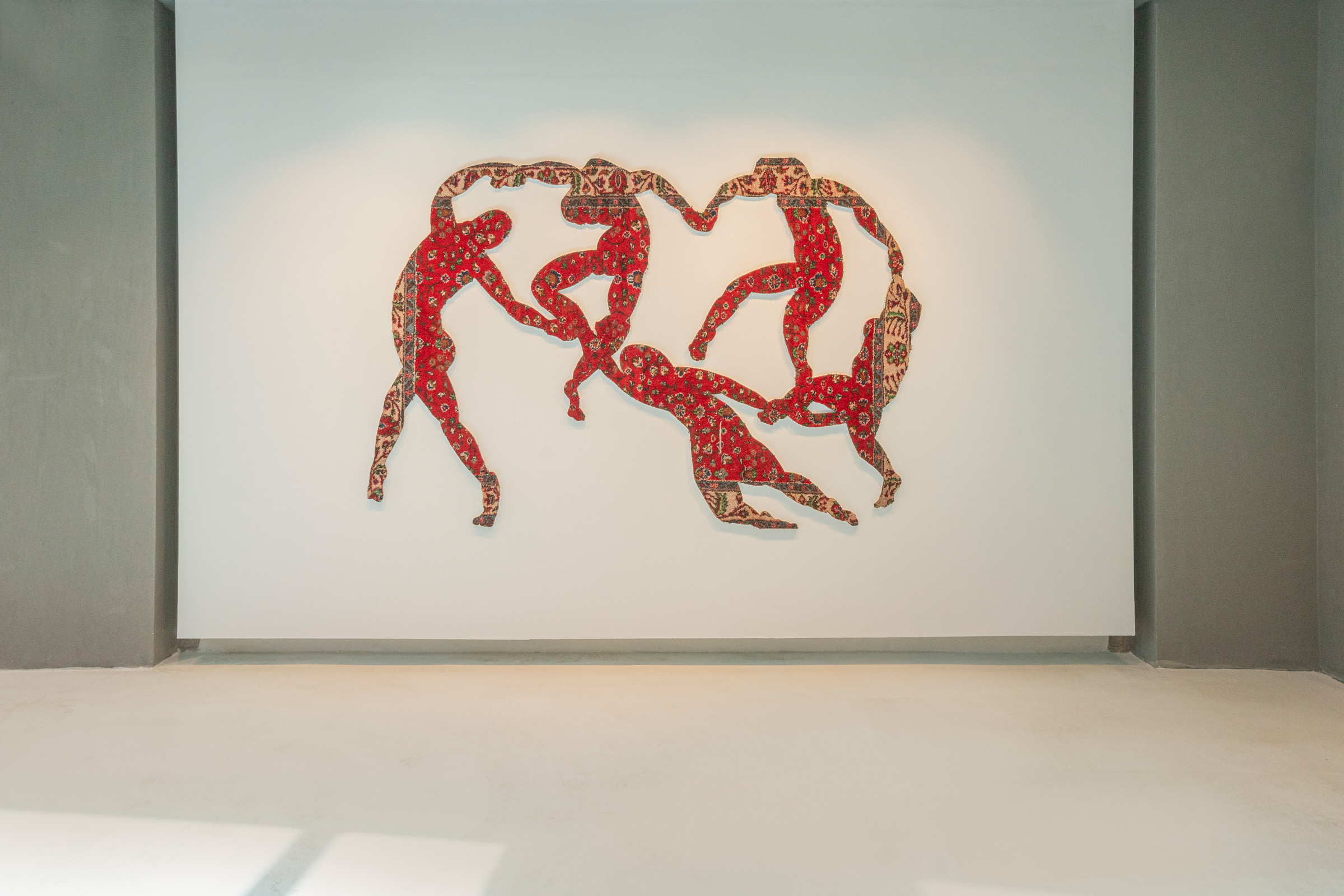 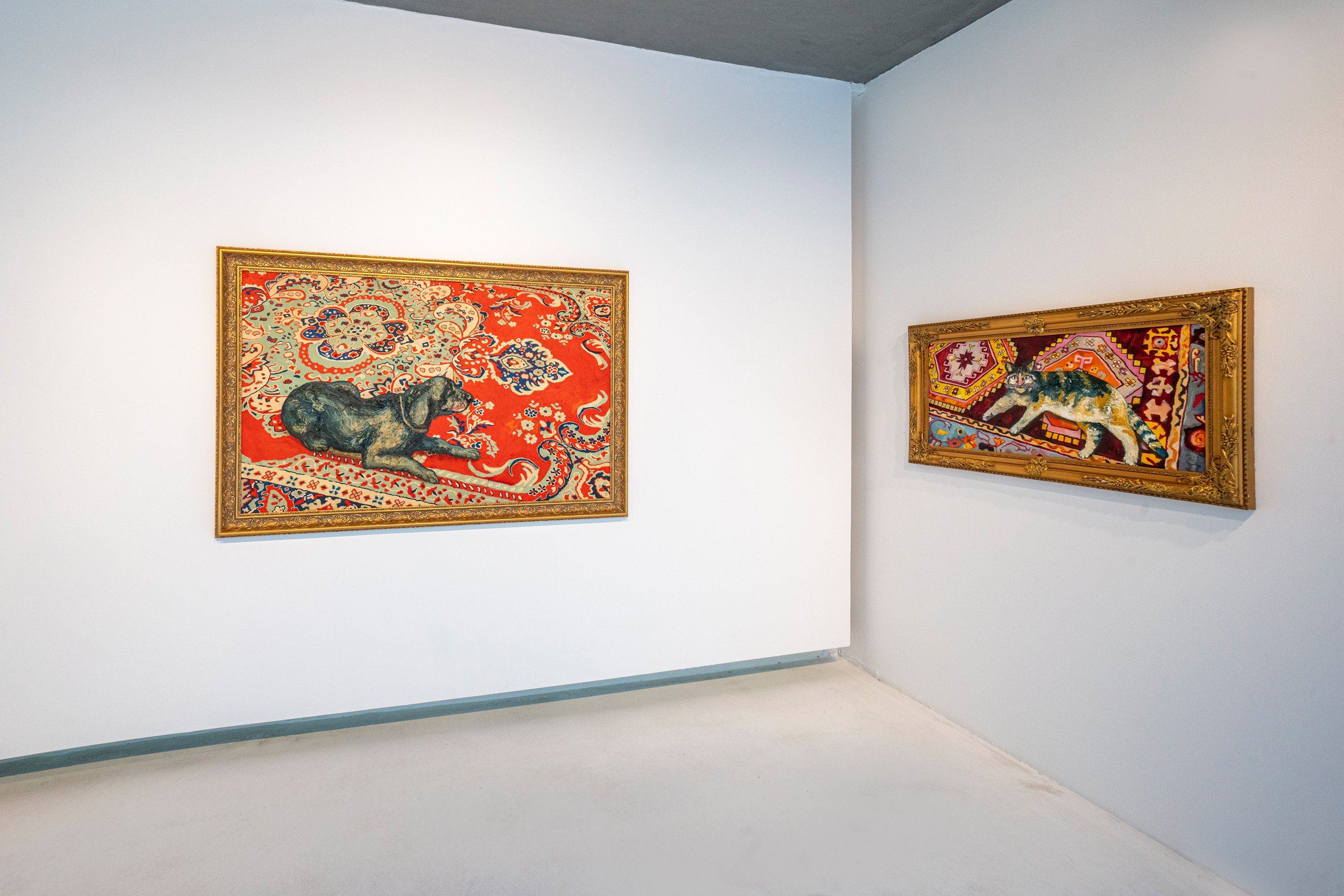 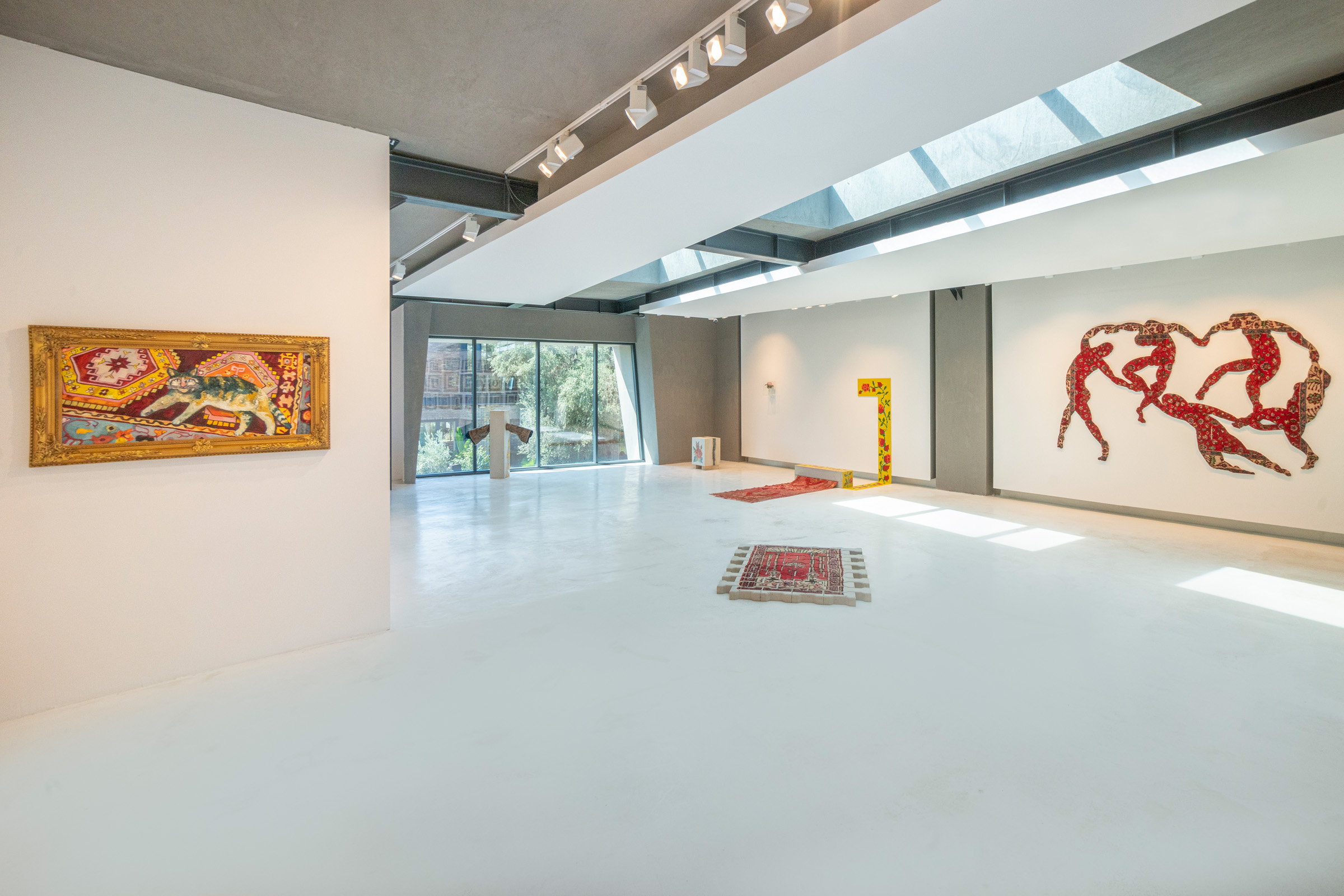 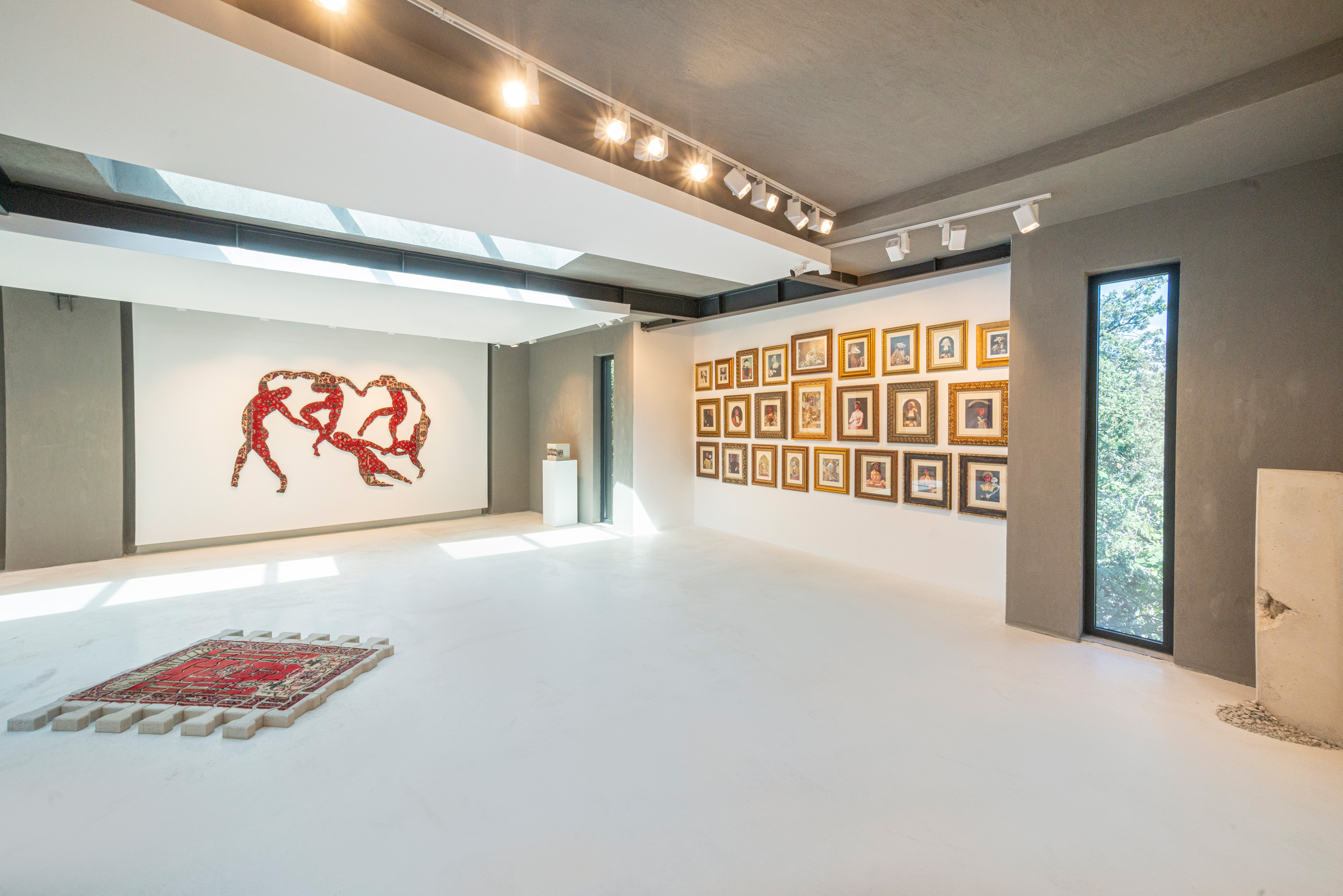 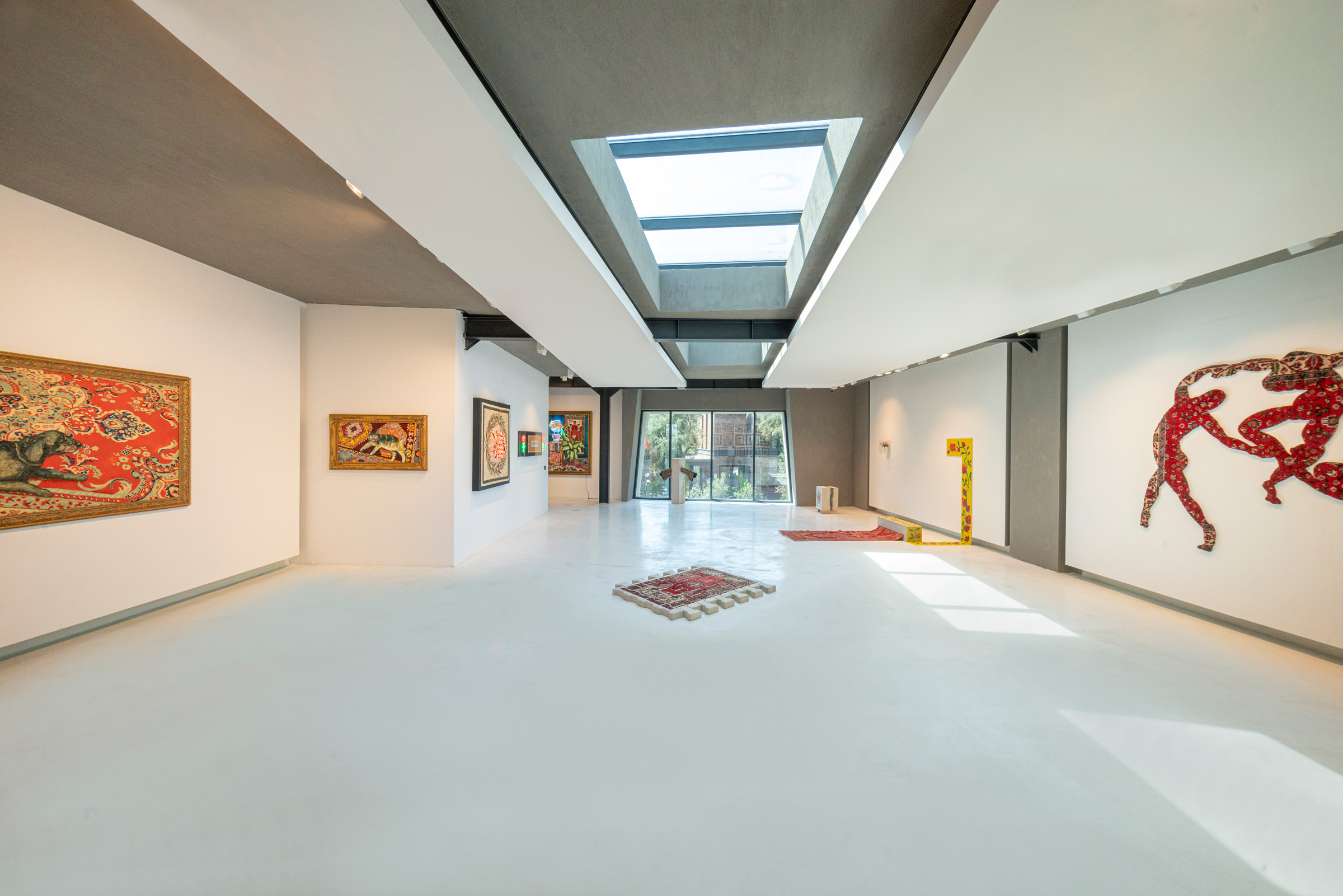 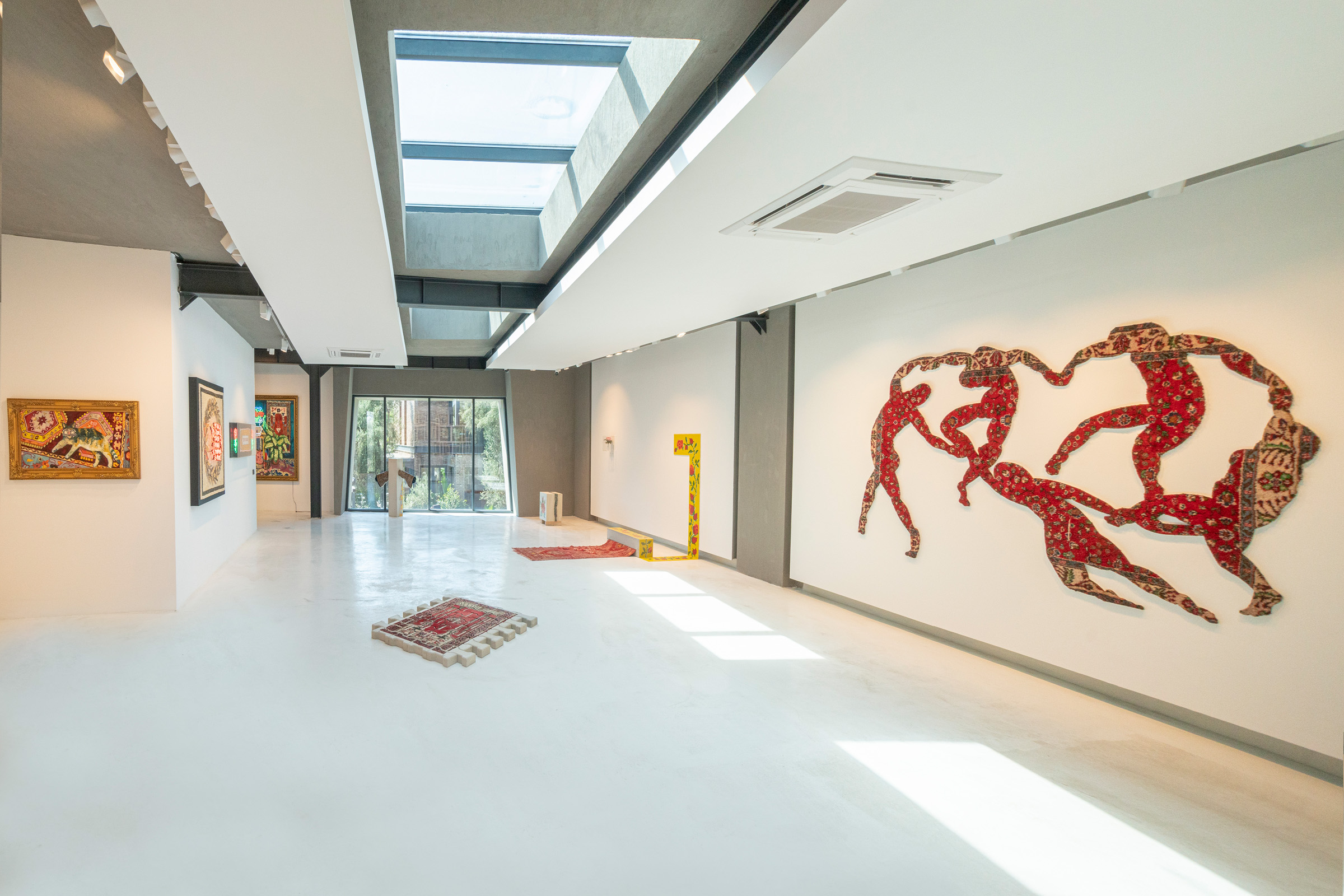 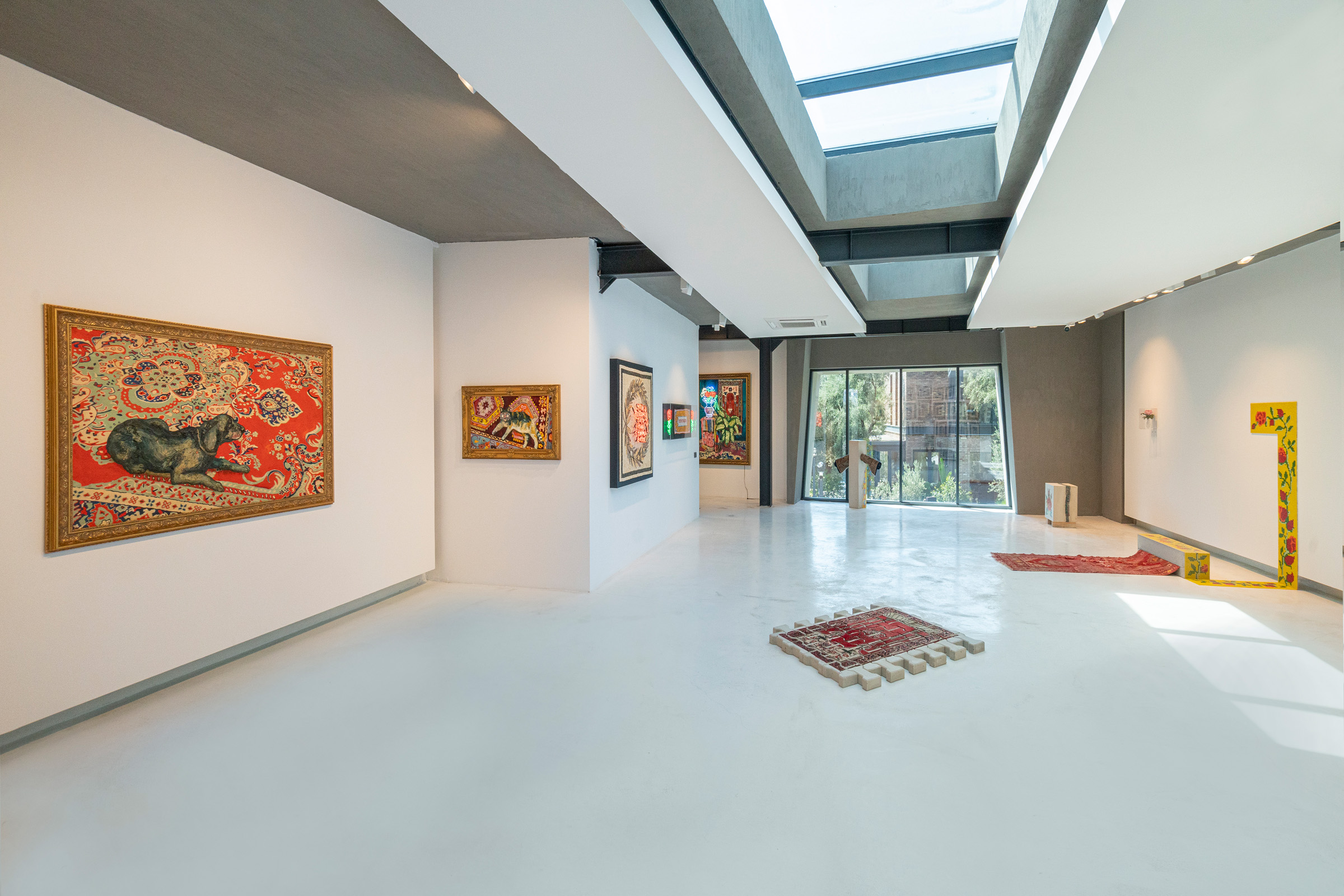 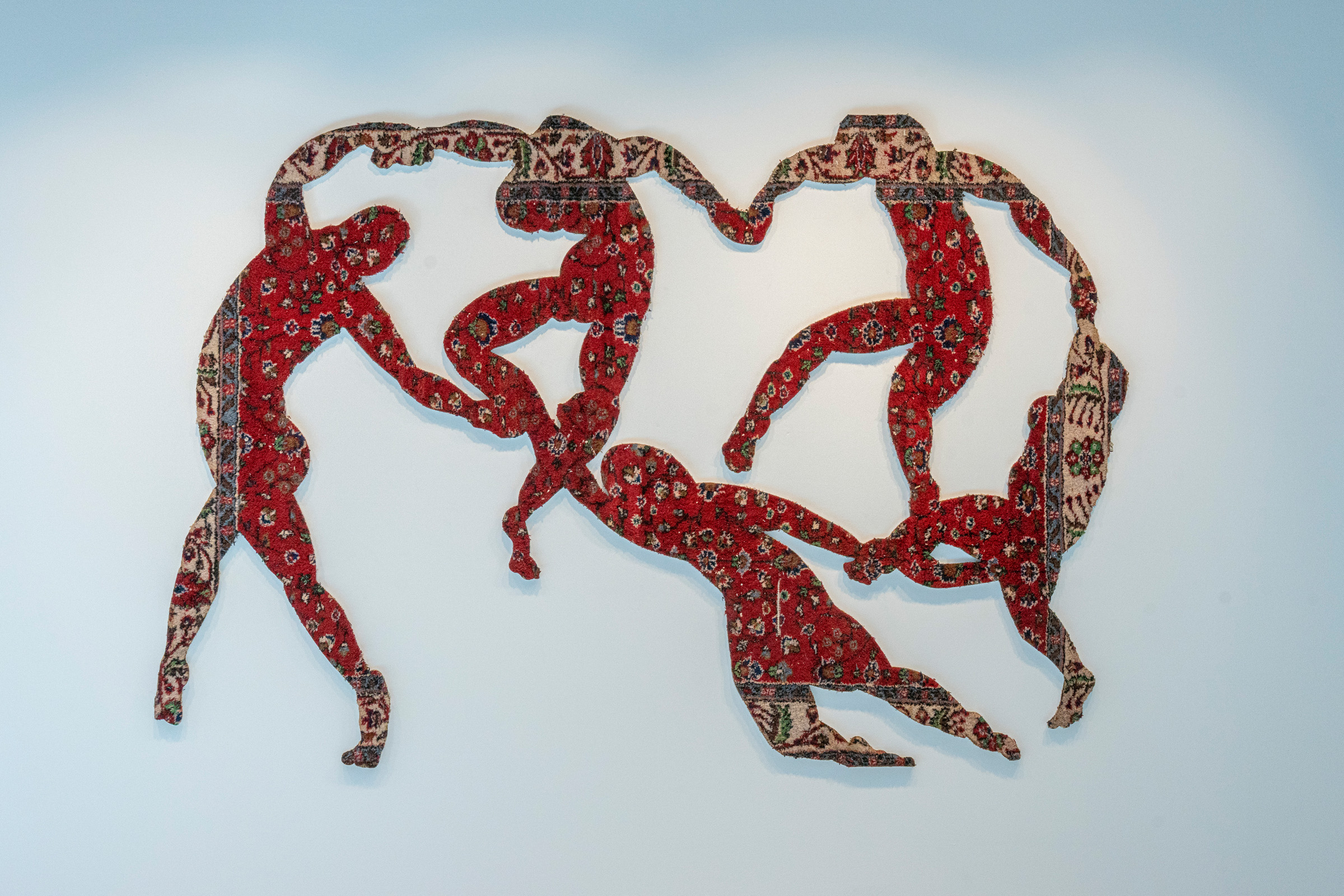 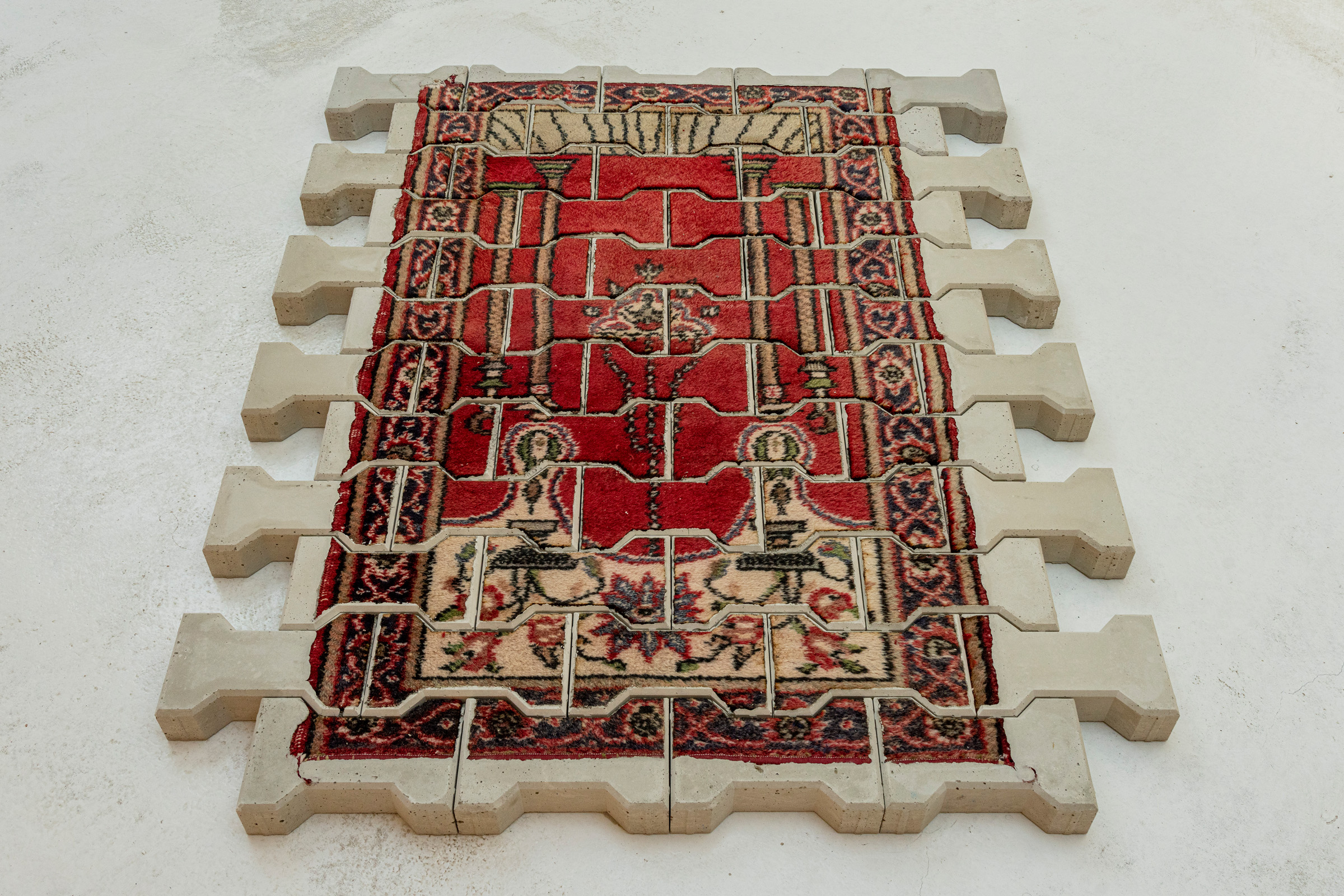 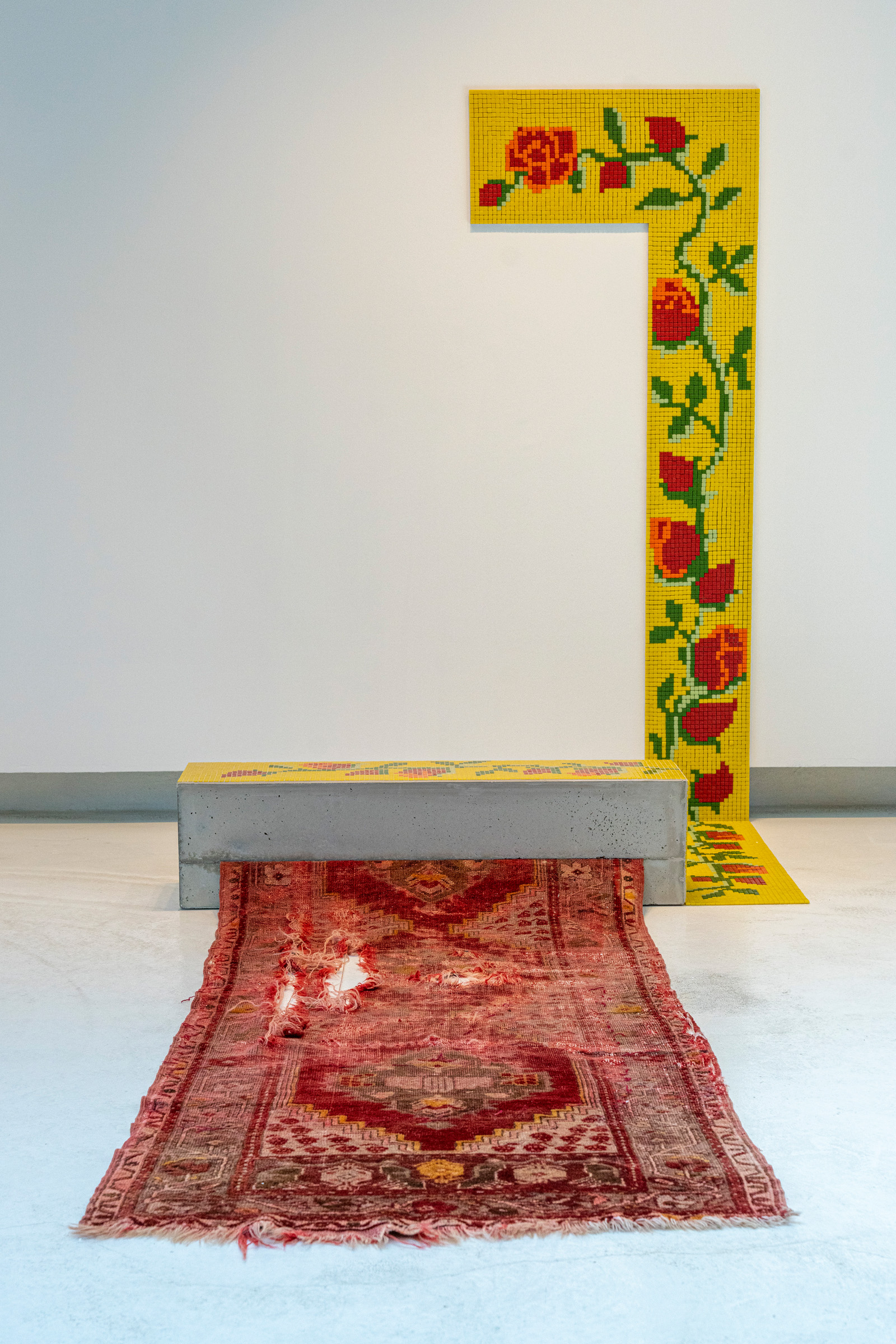 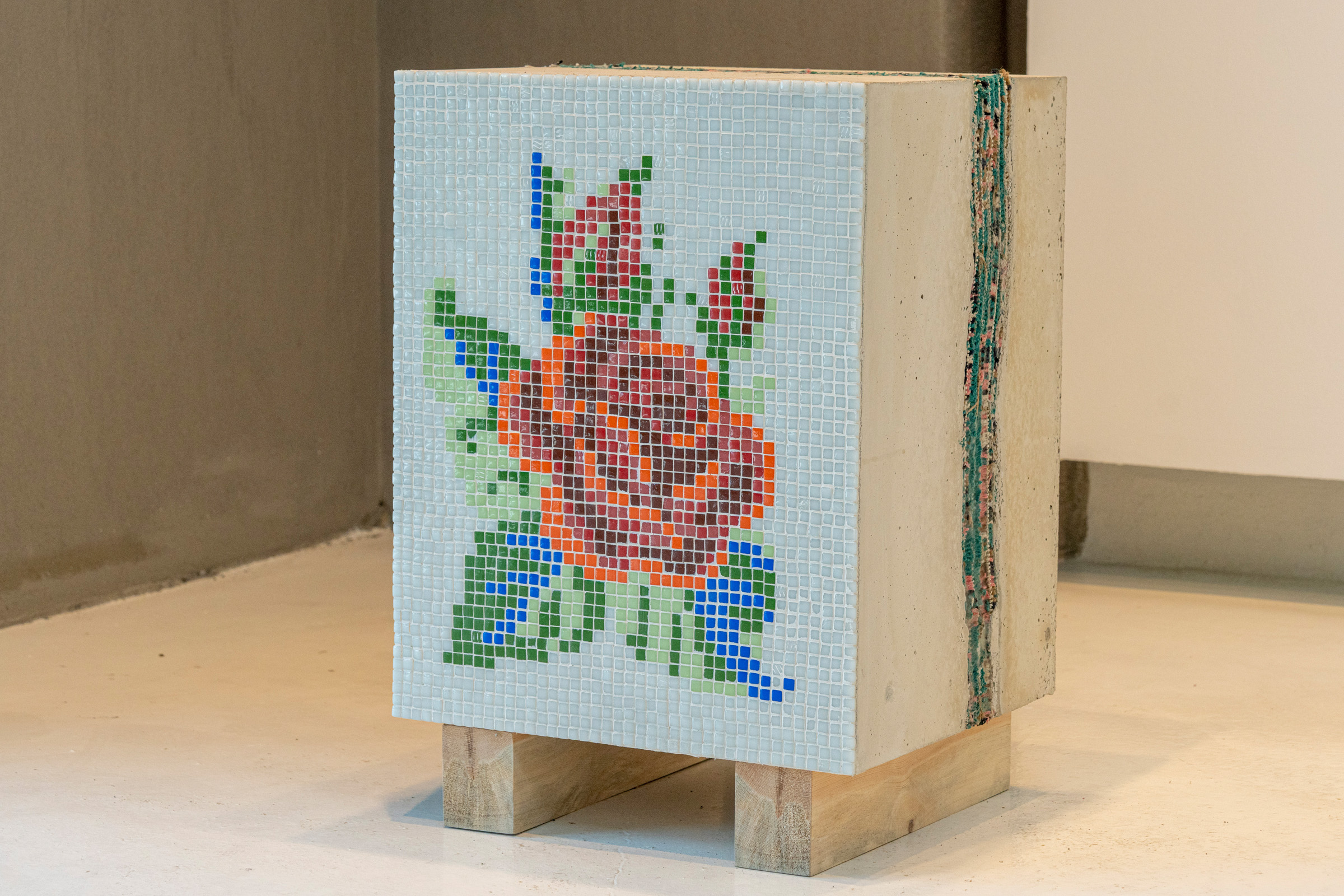 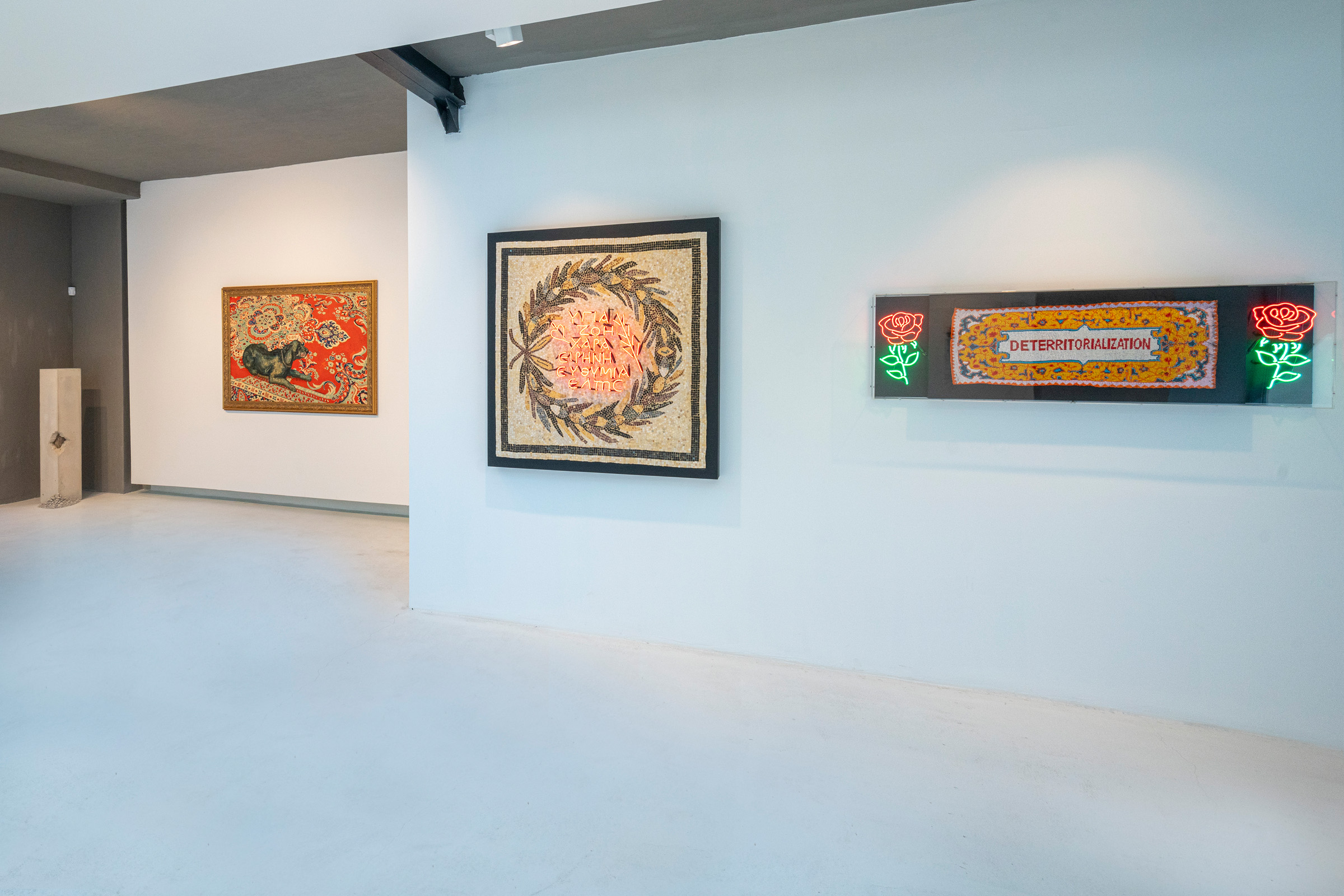 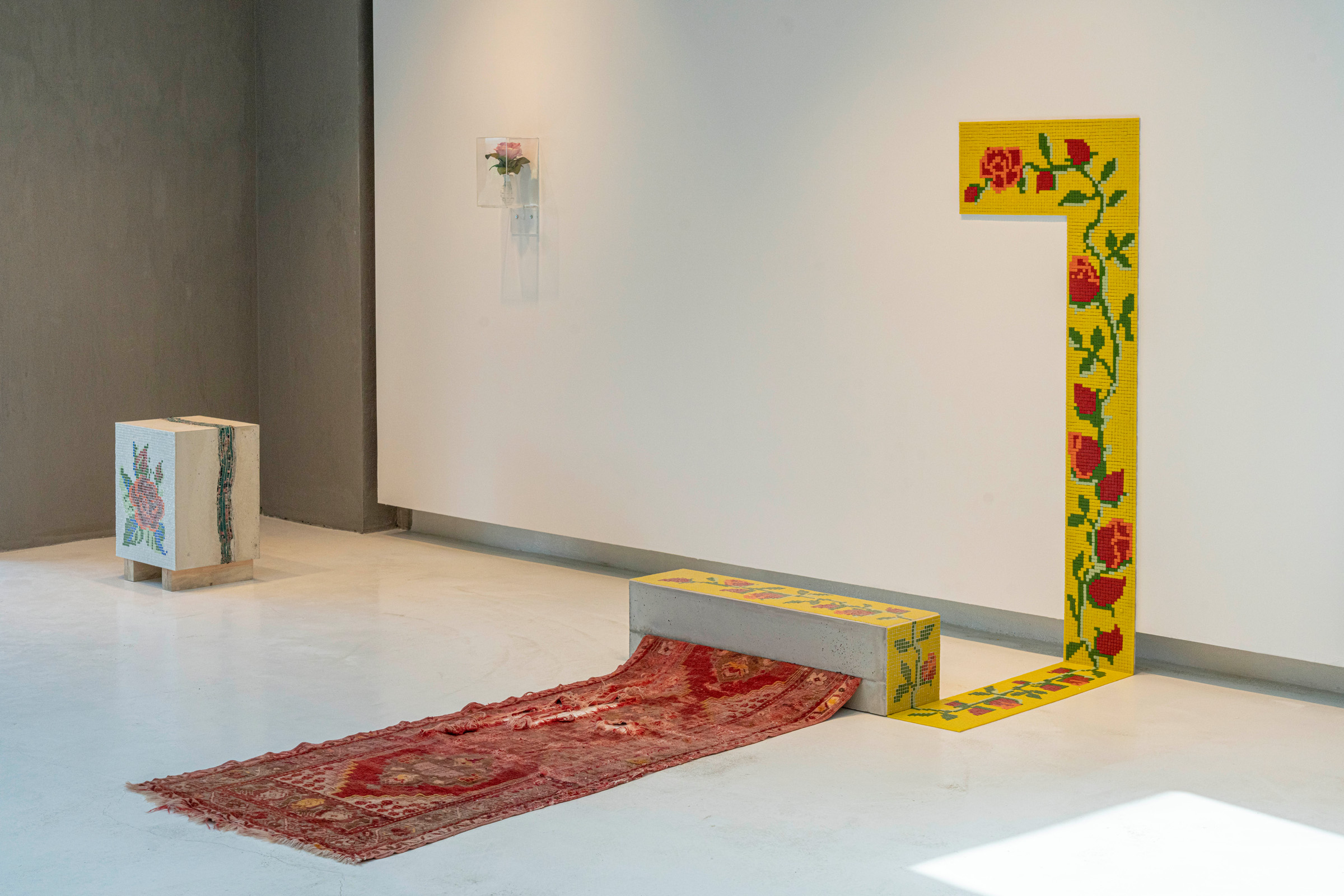 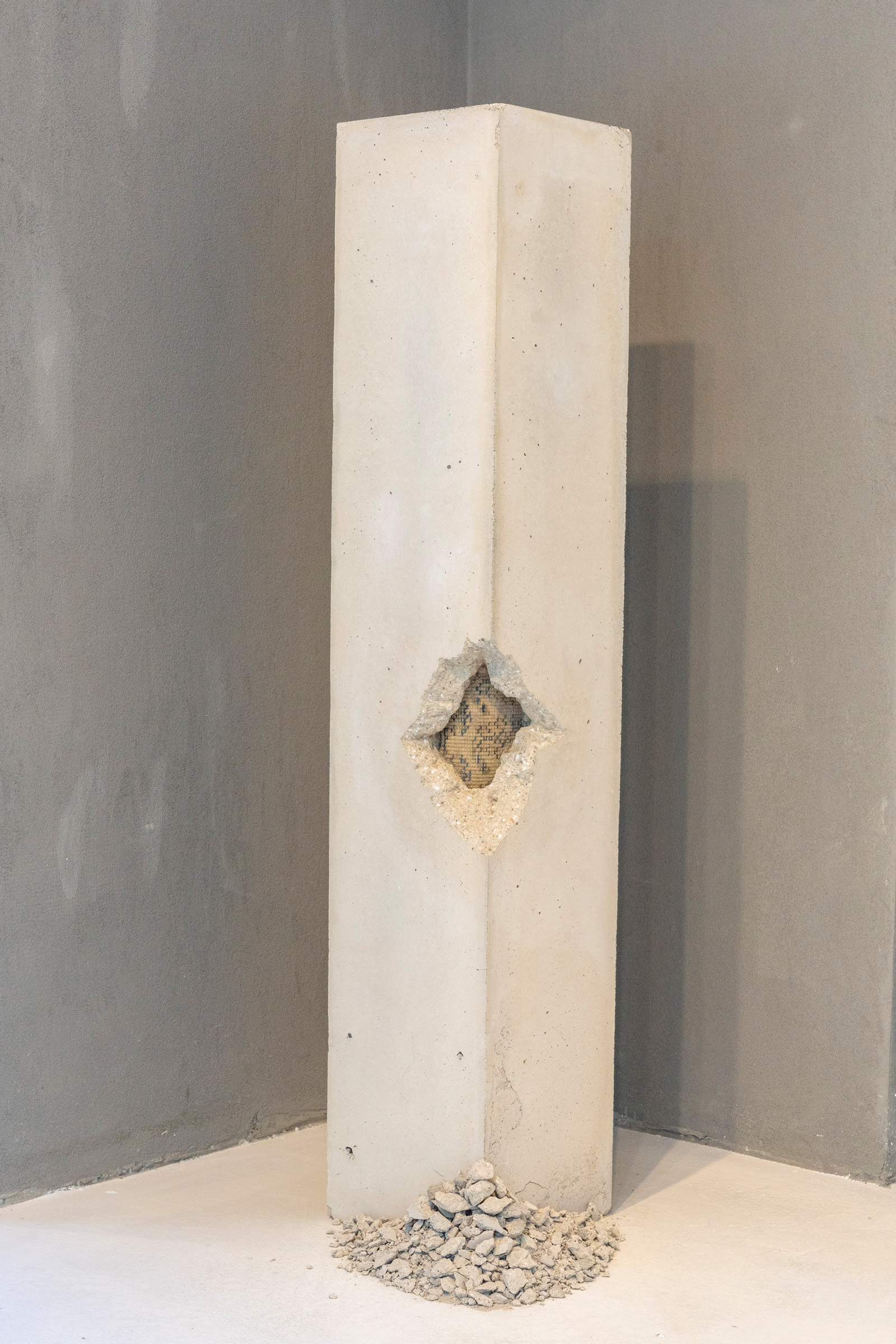 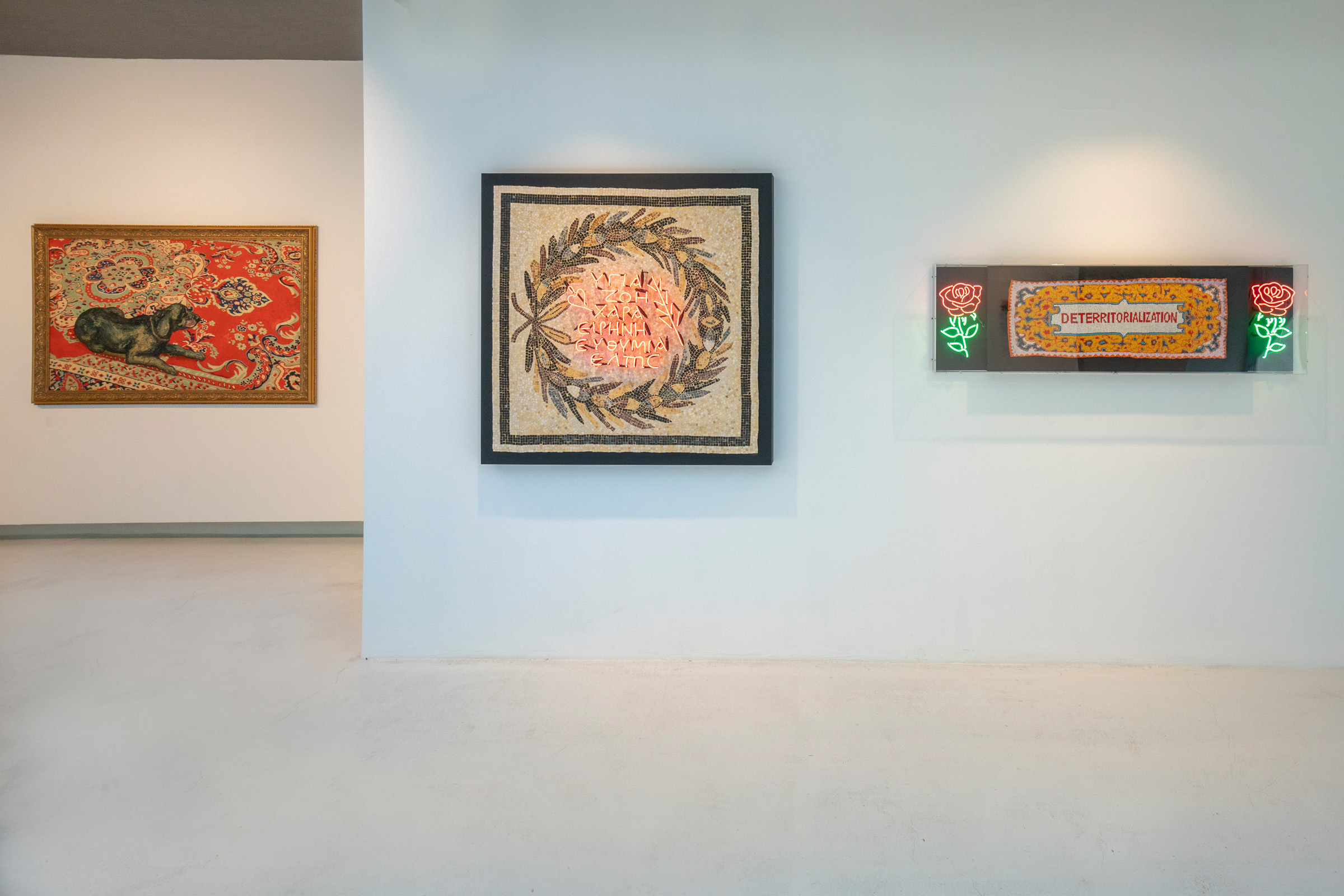 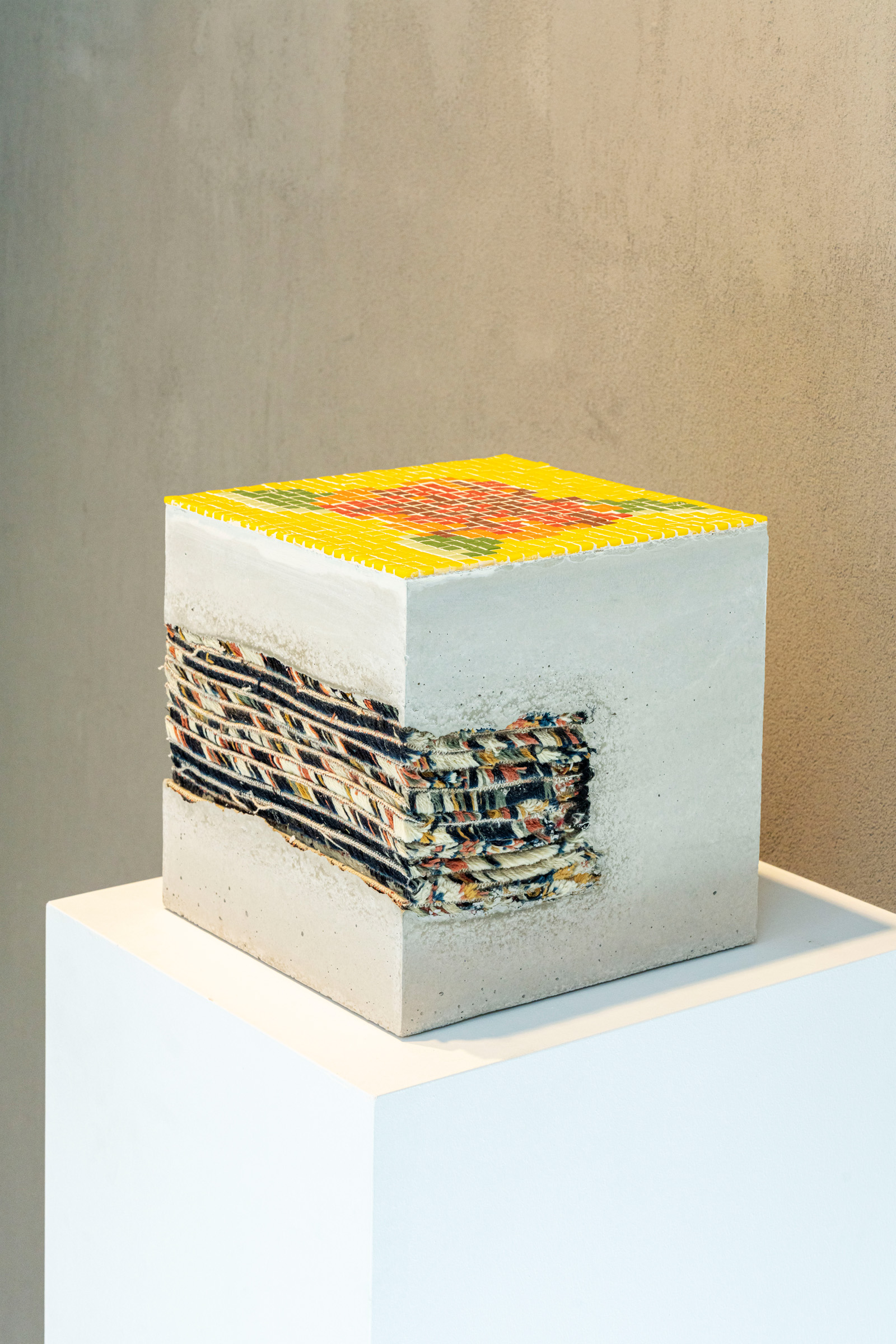 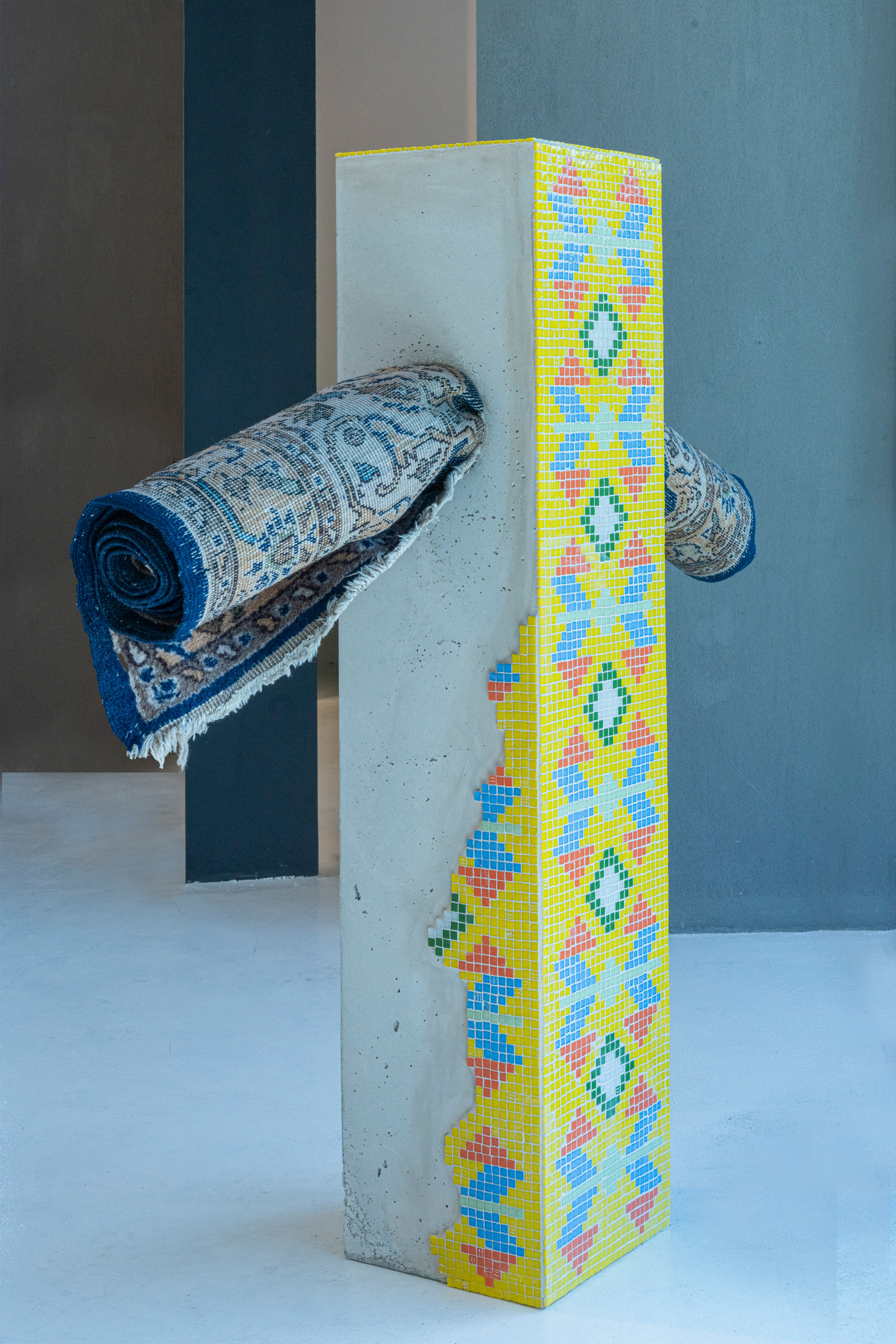 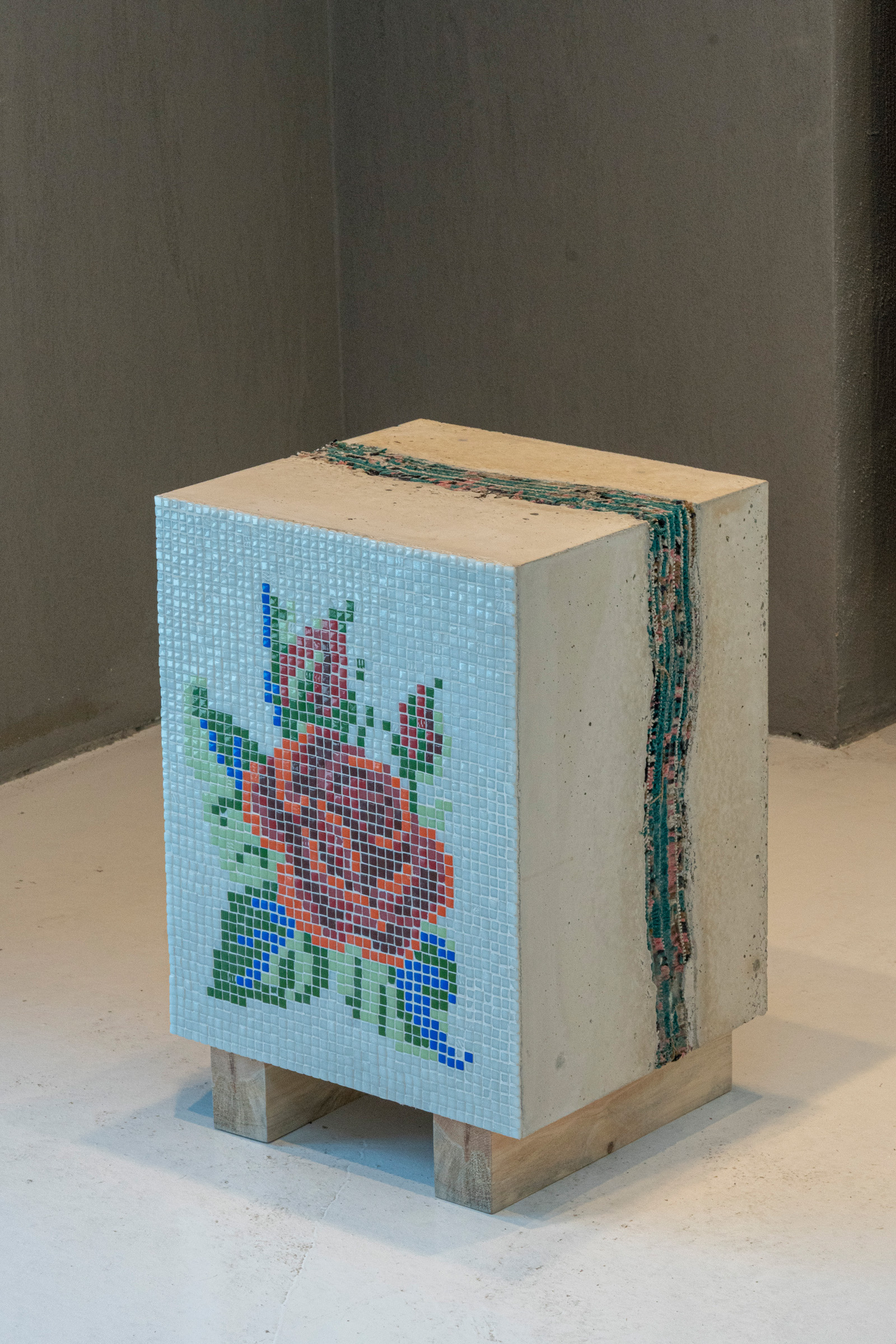 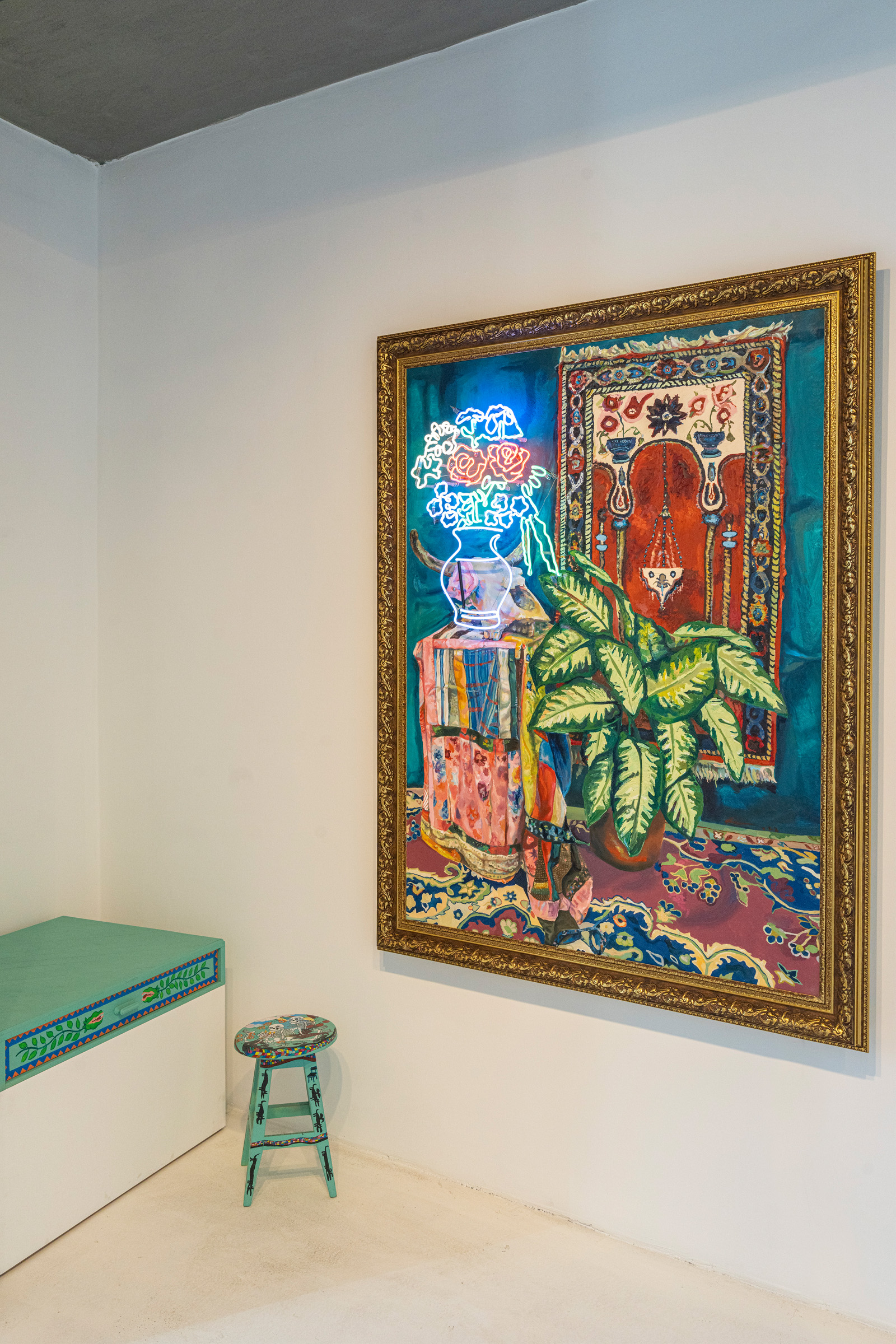 Anna Laudel Bodrum presents Ramazan Can’s solo exhibition titled ‘A Sense of Belonging‘ between 30 August – 12 October 2022, featuring works produced across multiple disciplines including painting, sculpture, mosaic, weaving and neon.⁣
⁣
Born into a late Ottoman nomad family (The Yörüks / Yuruk), Can is inspired by his own experiences and reflects them as “a sense of belonging” in his works. In this selection, the artist gives reference to the capitalist order that reproduces itself by uprooting all cultures in order to create a new social structure. In critical theory this is called the “deterritorialization” process which destroys cultures.⁣
⁣
At the exhibition Can sets out from this notion of “deterritorialization” put forward by French writer and philosopher Gilles Deleuze and political activist and psychoanalyst Felix Guattari, who both lived in the second half of the twentieth century. During his creation process, based on his search for identity, Can explores the nomadic Yuruk culture and shamanism in light of this concept of being rootless and “the sense of belonging” and questions the act of “deterritorialization” as a way of thinking.⁣
⁣
“A Sense of Belonging” features artworks that establish a link between the past and the present, combining the nomadic culture with the motifs of Bodrum. This carefully curated selection of the artist was produced in his personal studio, which he describes as the only place where he feels the deepest sense of belonging and can be visited until October 12, 2022 at Anna Laudel Bodrum.⁣