Anna Laudel Contemporary will showcase “Empires Ago” by the Italian artist Daniele Sigalot who is well known for his unique large-scale installations and unconventional mosaics. Recognised by his innovative use of different materials and interdisciplinary techniques, in “Empires Ago” Sigalot will exhibit his new works that have been produced in Istanbul as well as the recent ones.

Daniele Sigalot is famous for his large installations of aircraft apparently paper but actually of aluminium. The artist enjoys playing with the ambiguity between the perception of the materials used and their real nature, aiming to create contrast which is the key to read his artworks. He investigates contradictions, irony, the ambivalence of both words and materials and produces works full of surprises and alienation, which also reflect the emotions of our times.

“Empires Ago” takes its inspiration from the Roman and the Ottoman Empires. Sigalot is from Rome and he grew up in a city which still lives under the legend of the Empire. He finds the impact of the Ottoman Empire on Istanbul similar to the one he has been experiencing in Rome: both cities were used to be the capital of an empire and very powerful and both empires disappeared long ago, yet Italians and Turks still have pride in their empires.

Sigalot created a series of maps of Istanbul and Rome which are made up of stainless steel. The maps have a mirror effect, reflecting the faces of the viewer within the views from past and present. The artist explains “I find such a big echo of the past to be both beautiful and sad. The truth is that those glorious days are so far and it feels not sensible to feel that we are still part of that past. I like the contradiction of these mixed feelings. For this exhibition, I am producing a series of maps of Istanbul engraved on stainless steel. These maps will be a faithful representation of the streets of different vital and significant areas of both current and ancient Istanbul. The city has been growing and changing through time, and I want people to look into their city and see their own reflection in it; into its past; its ancient glory and its very present. I am interested in how a city shapes who we are and my artworks aim literally to reflect this idea. Come and see how Istanbul shapes who you are.”

Sigalot has been working from his temporary studio in Istanbul for the last two months and will present his works that have been produced here. One of these works is a large-scale installation entitled “Everything That Could Have Been but Wasn’t, Now Is” and will be presented for the first time in this exhibition. The artist describes his work as a “redemption” process that turns bad ideas into good ones.

Sigalot enjoys creating contrasting emotions and using prolific techniques. For this exhibition, he produced a new installation piece made up of an unconventional material. He explains “The ambivalence of words matches the ambivalence of the materials I interact with. I like using unconventional materials which we normally do not tend to work with, I embrace the highly tactile effect materials provide once piled up together, and enjoy turning artificial items ever crafted by mankind, into something that actually resembles a fully natural and organic matter, once again underlining the fascination I have for any sort of contrast. For the exhibition at Anna Laudel Contemporary, for instance, I’ll be using for the first-time sponges. 3900 of 13 different colors to be precise, and with them, I’ll be literally crafting a landscape and make it fit into one room. I look forward to diving into it”.

The exhibition will also showcase recent works of the artist including the trademark of his artistic production: the world-renowned installation of Sigalot, 140 paper planes made from stainless steel and rusty iron; an installation entitled “Enough”, which is a countdown timer that will last 1000 years, not a second more, showing that installations can challenge time, just as much as paintings; “Magic Pen” which had a fundamental role of reorganising ideas for the artist which has only good intentions; the series of totems, reflecting on the allegory of the creative process and finally series of letters and post-it notes which again aim to play with the perceptions of materials and appearances.

Using a wide range of materials and medium ranging from cardboard to aluminium; from mosaic to digital displays, from drawing to painting, “Empires Ago” brings together more than 30 artworks of Sigalot with his unique techniques reflecting today’s contrasting emotions.

Opening on Thursday, September 13, the exhibition will run parallel to the 4th Istanbul Design Biennial of the Istanbul Foundation for Culture and Arts and will be held across three floors of exhibition space at Anna Laudel Contemporary in Istanbul until  4 November 2018.

The selected works of Daniele Sigalot will also be displayed at the 13th edition of Contemporary Istanbul between 20-23 September 2018 at Anna Laudel Contemporary’s booth. 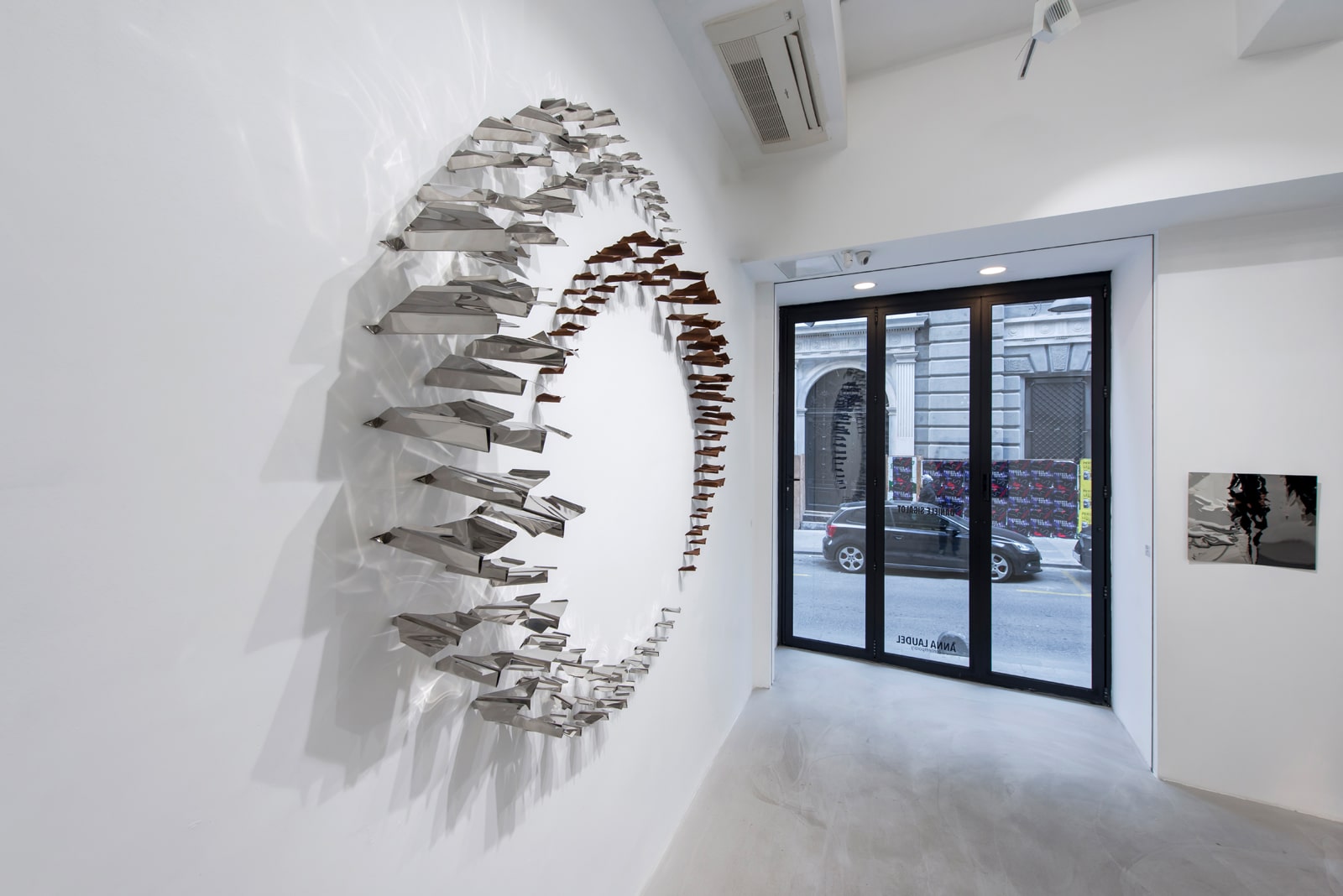 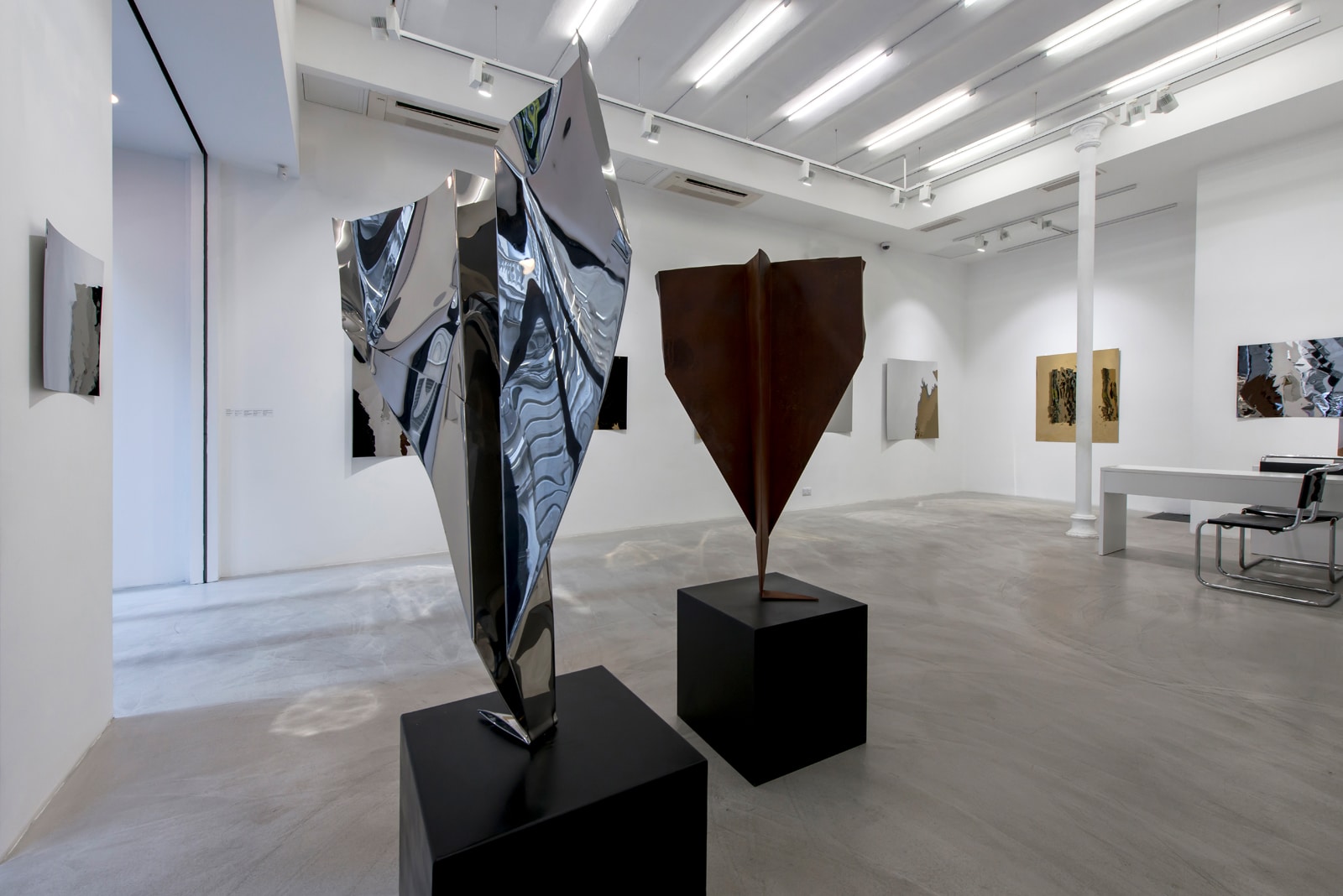 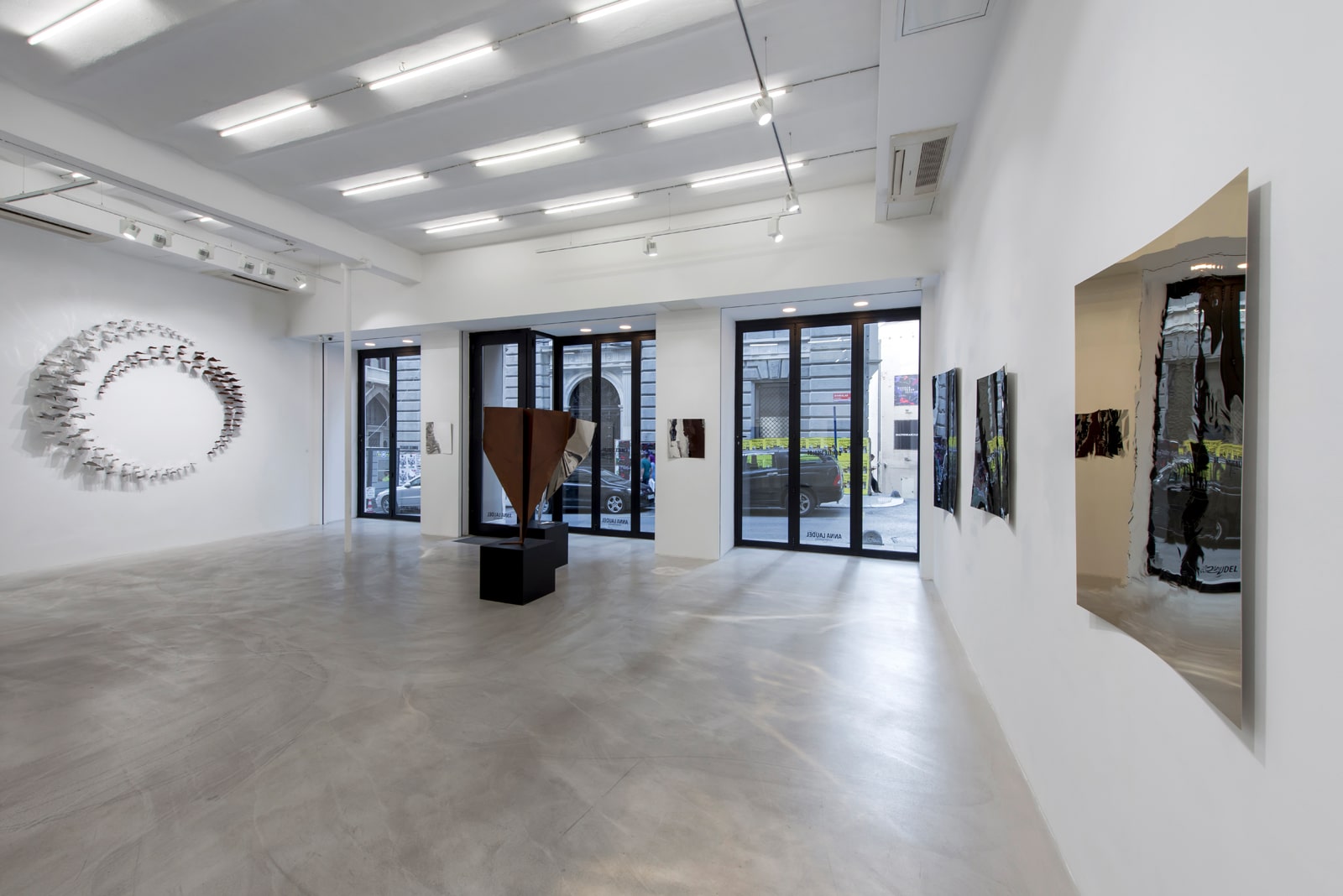 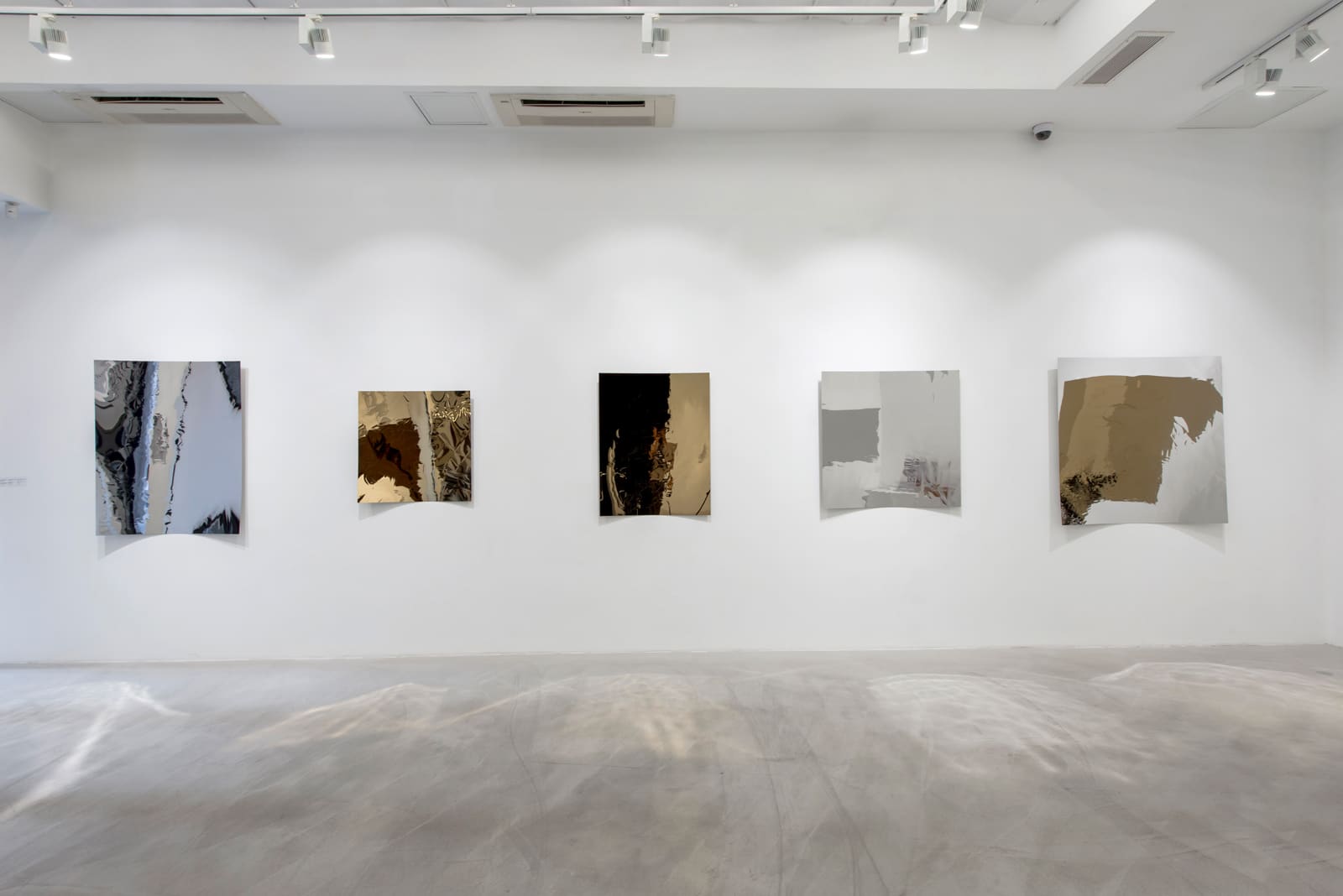 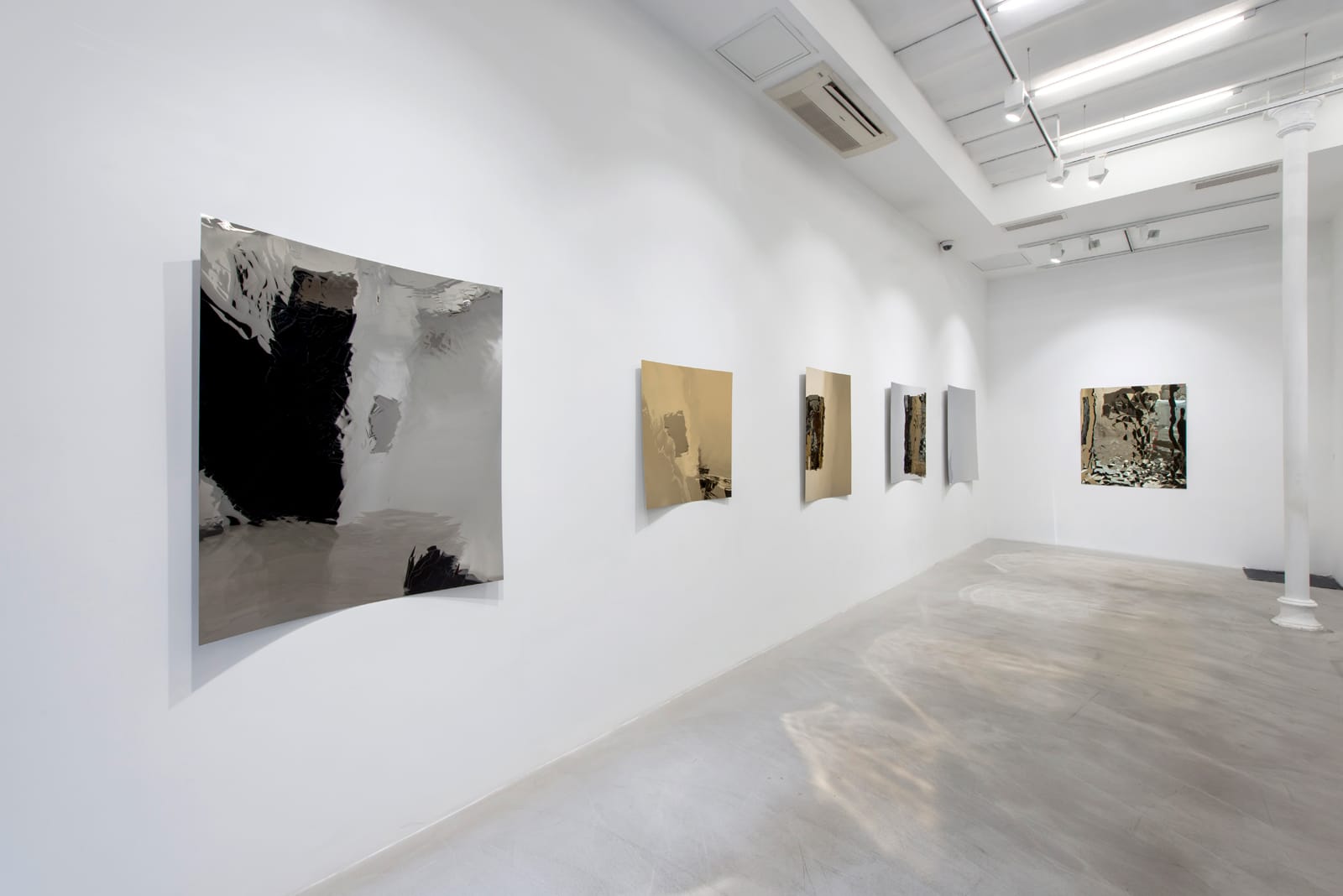 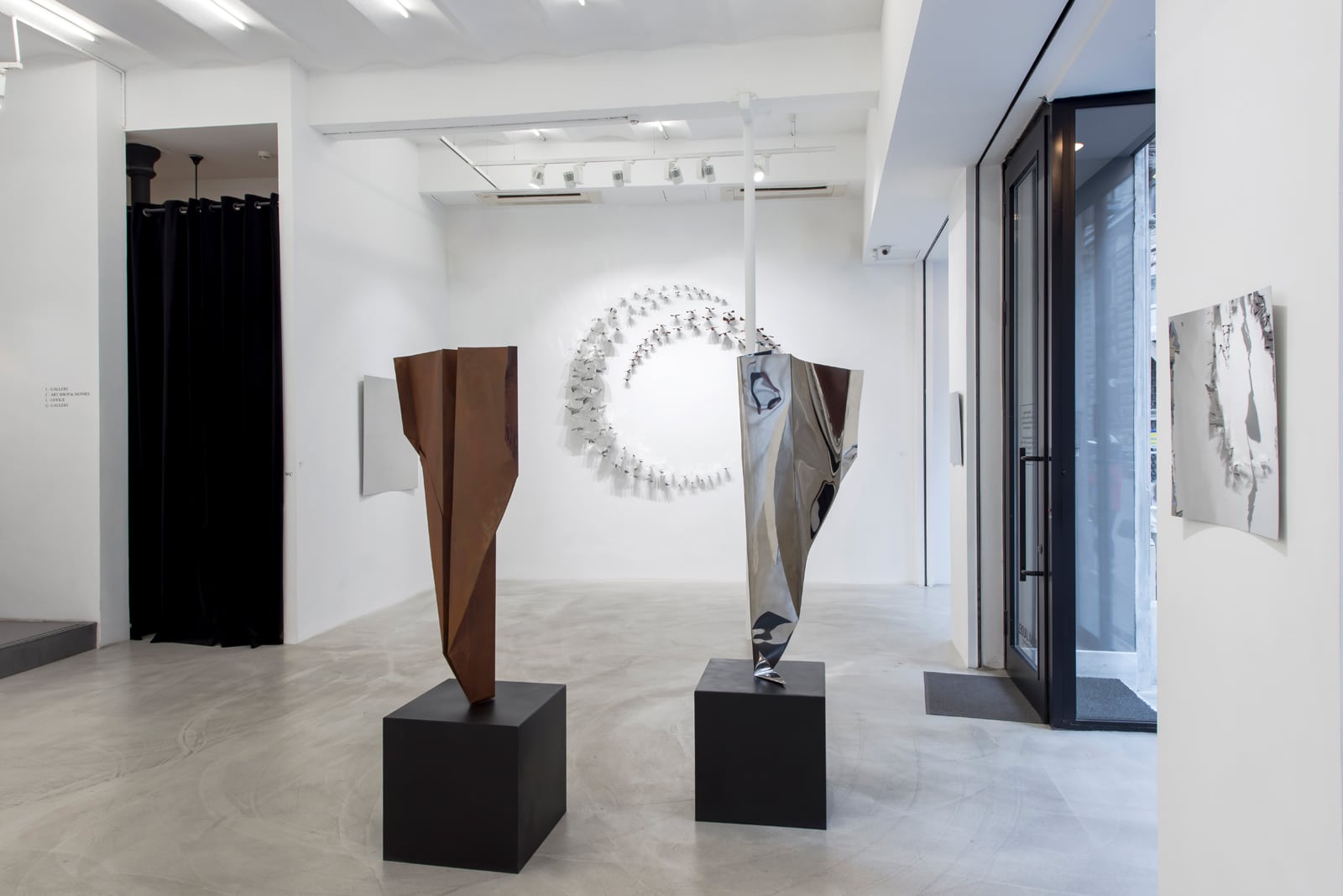 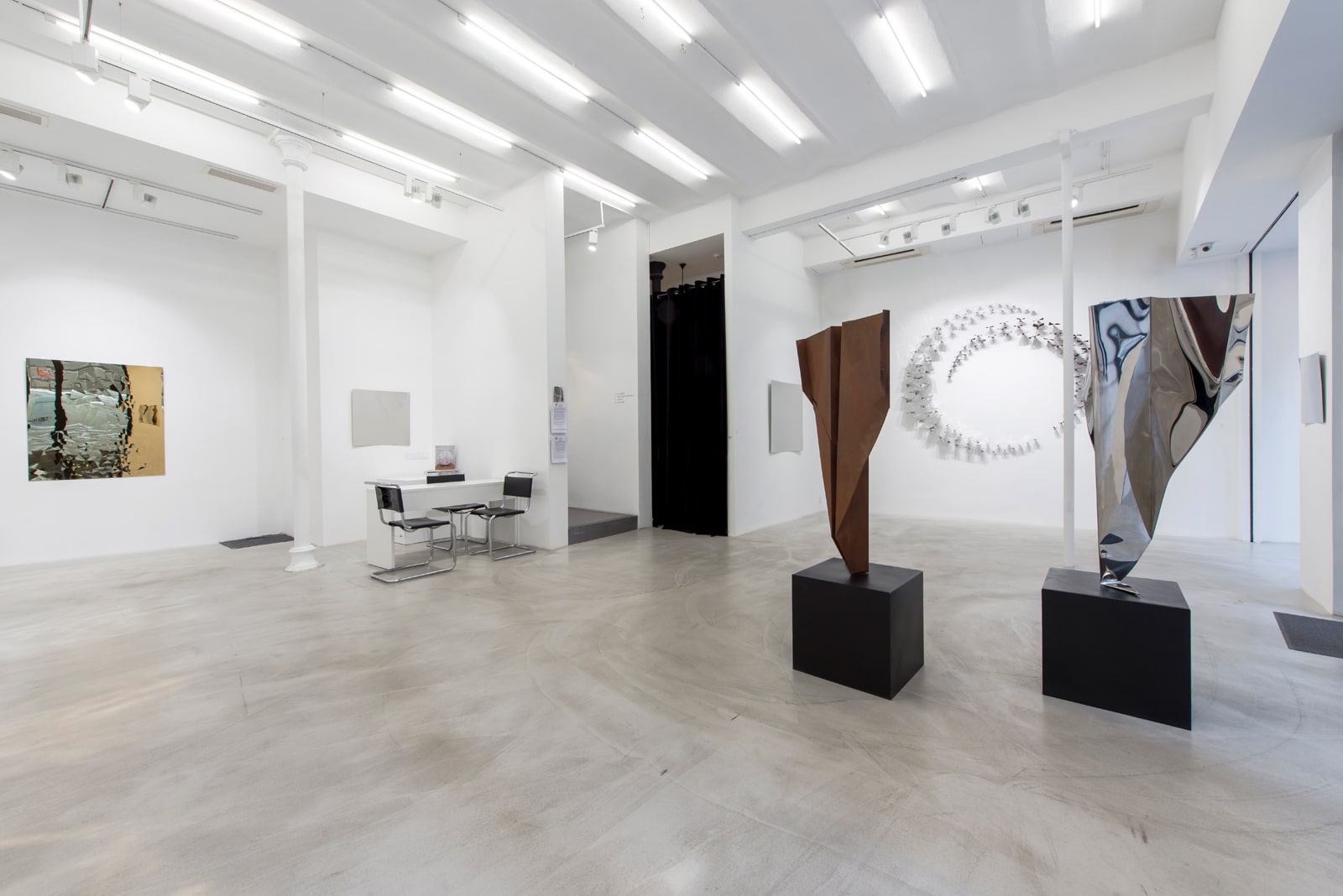 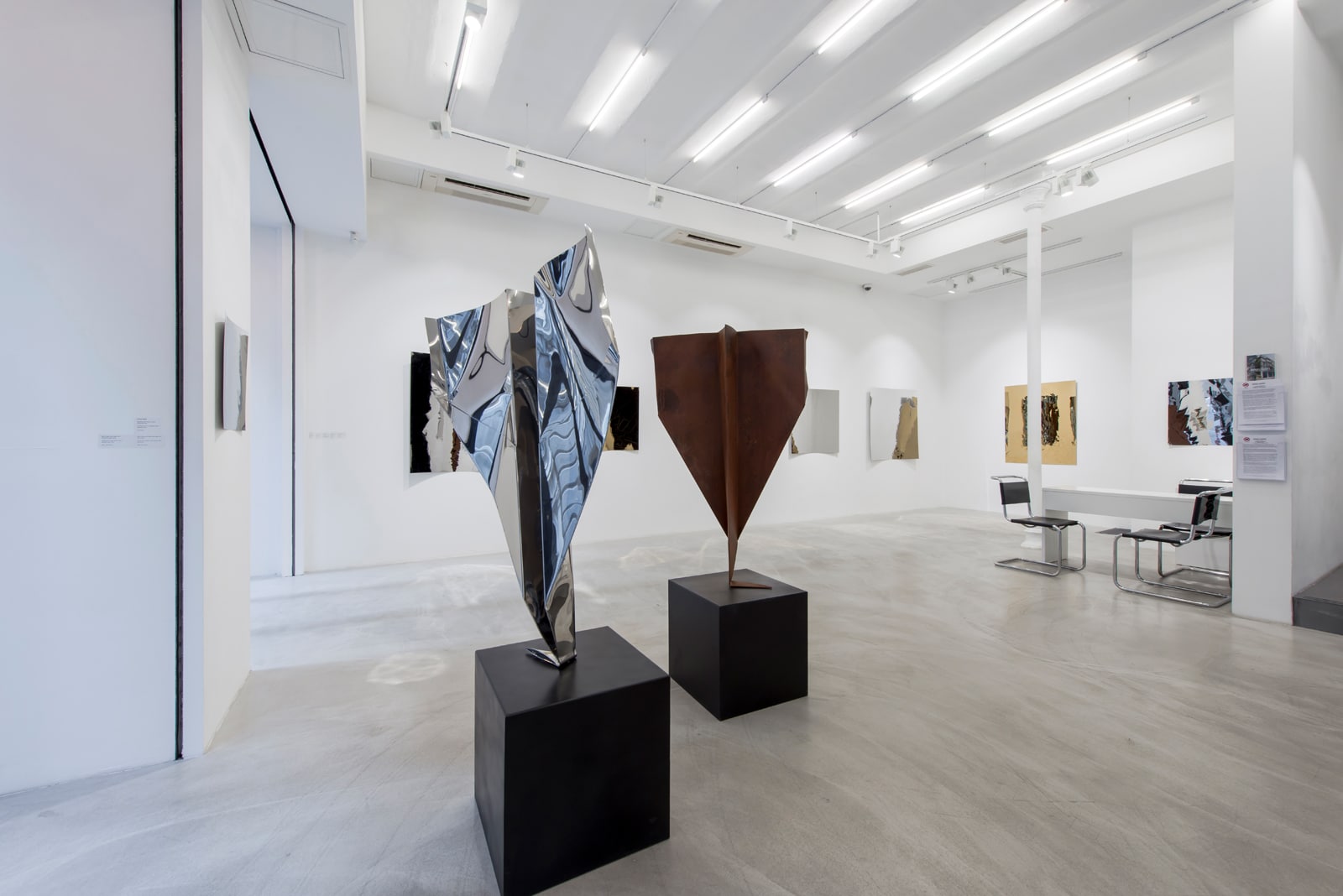 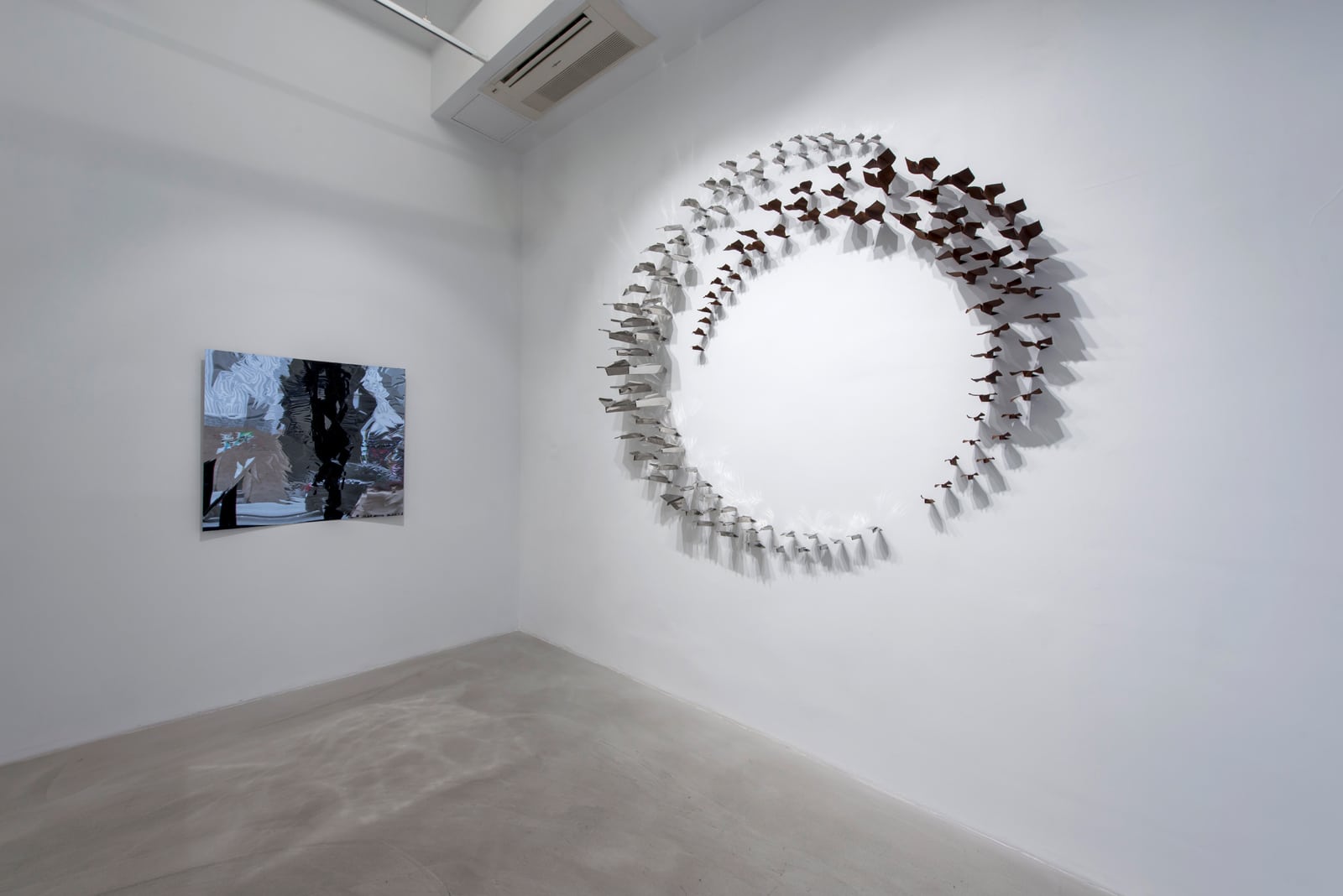 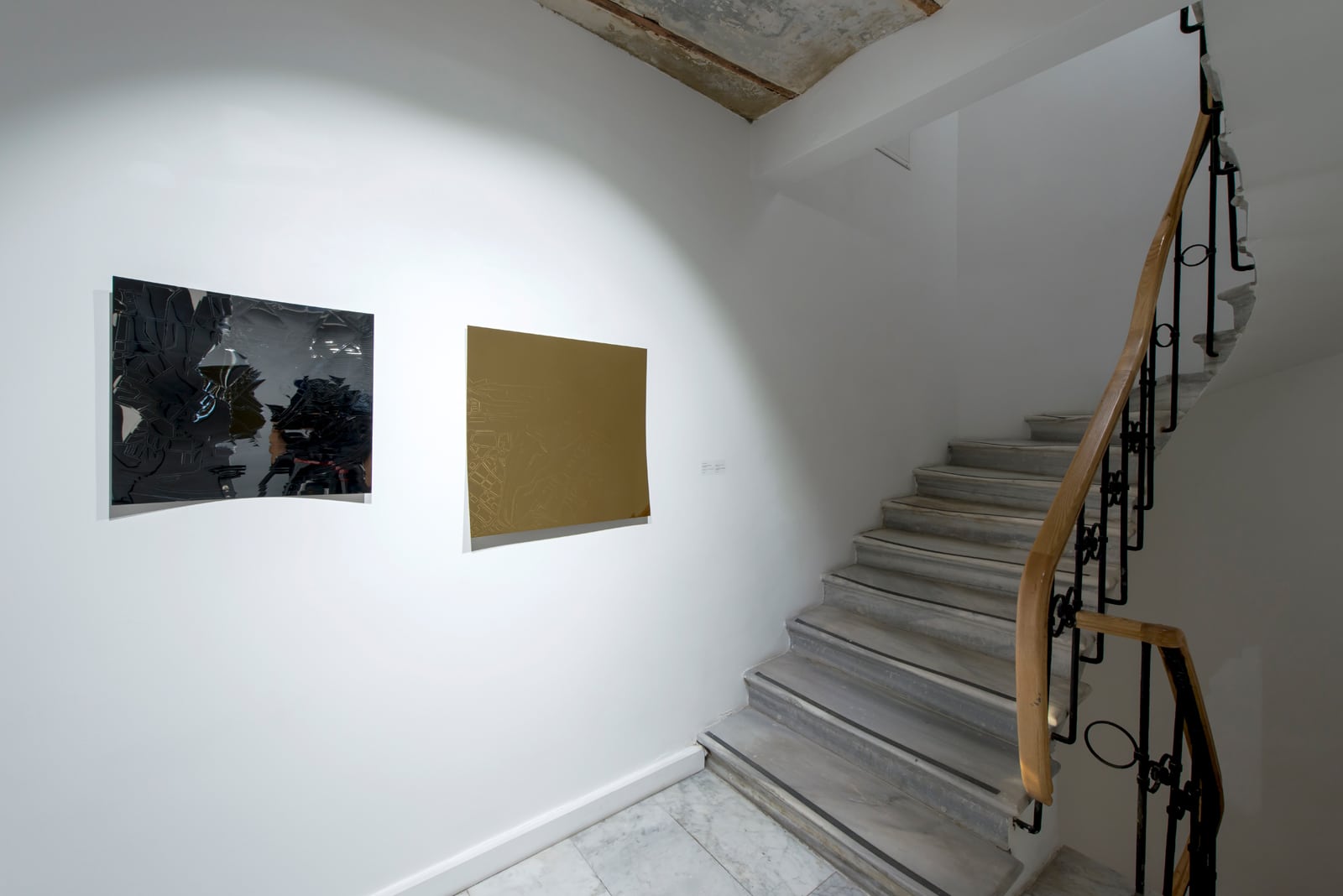 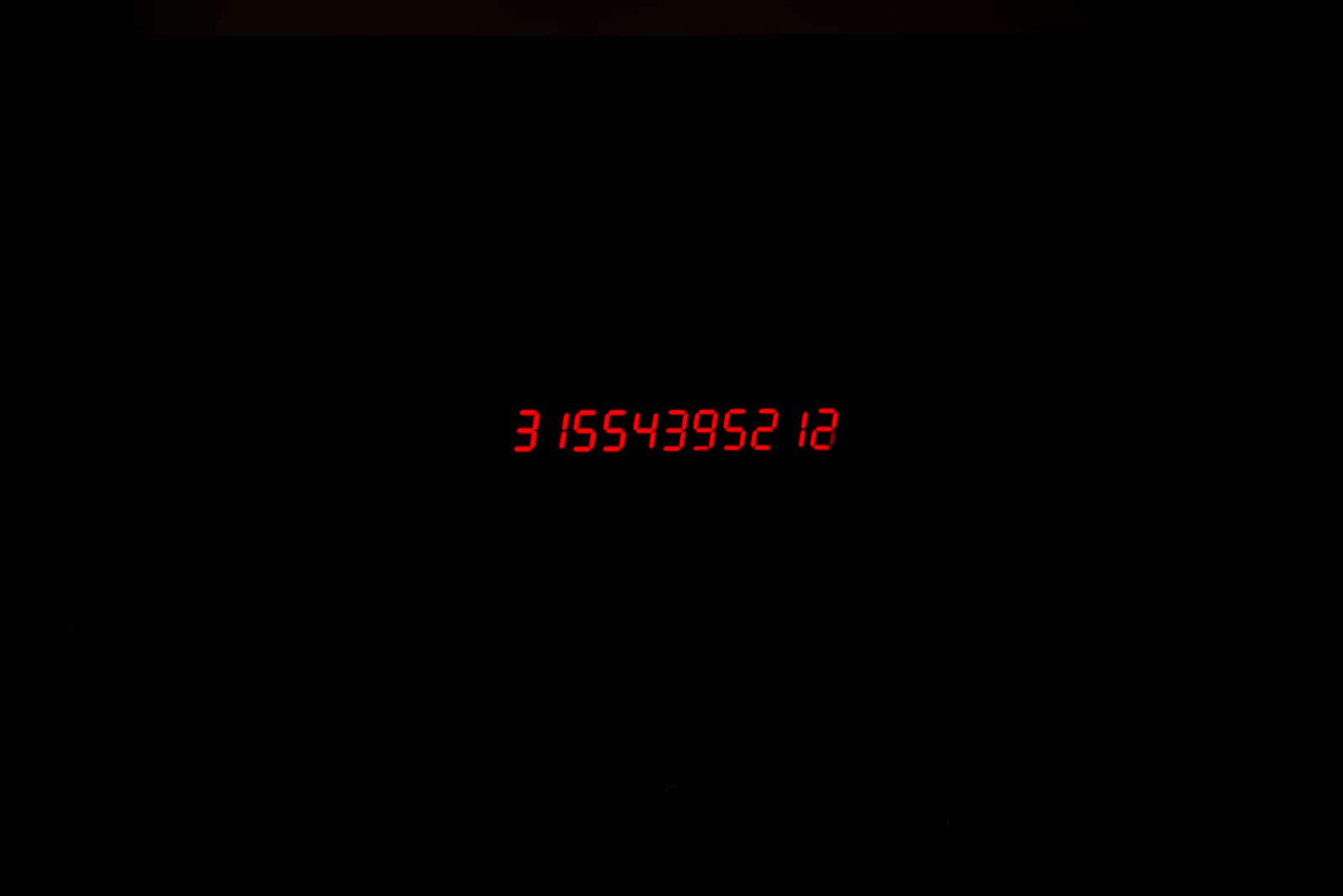 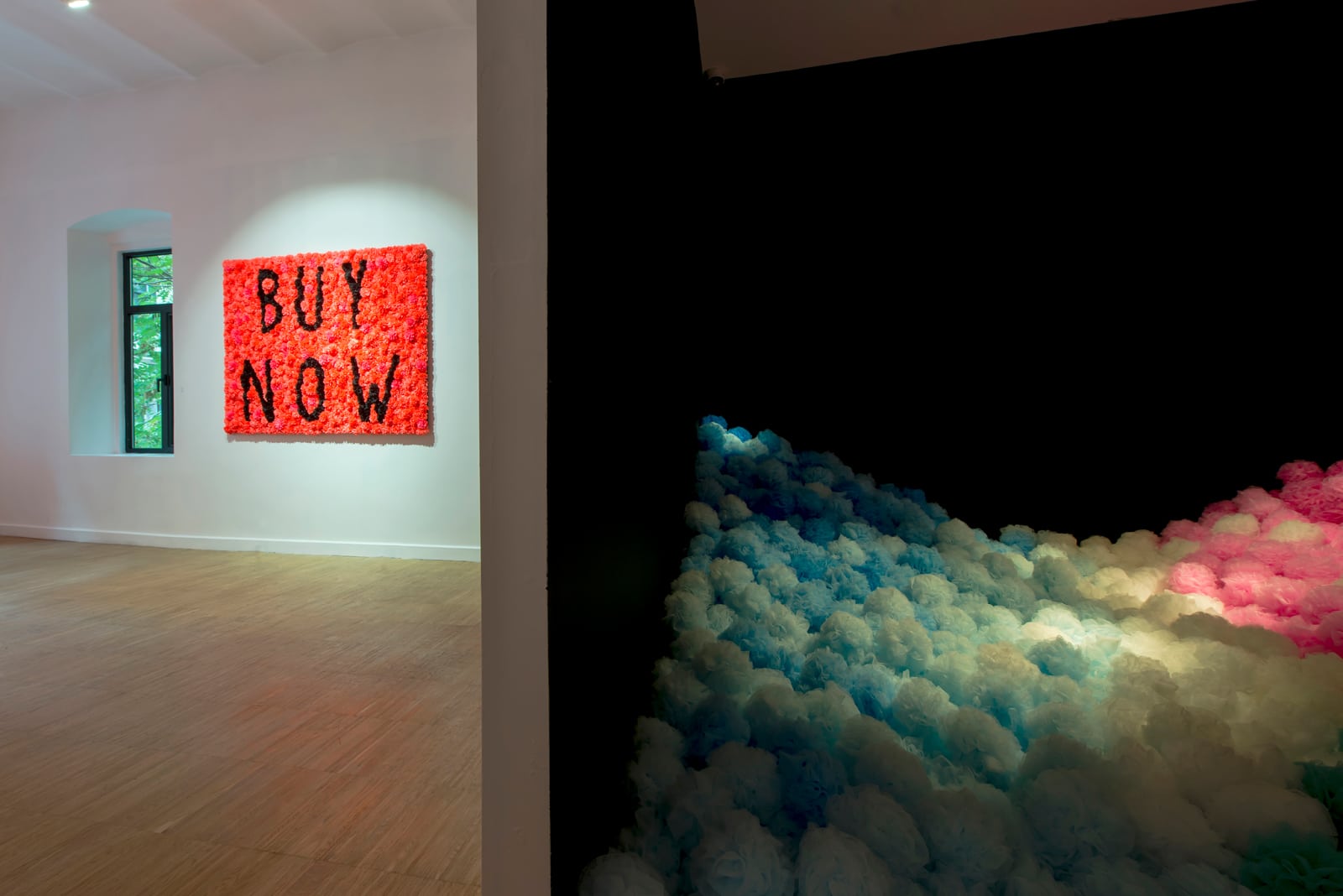 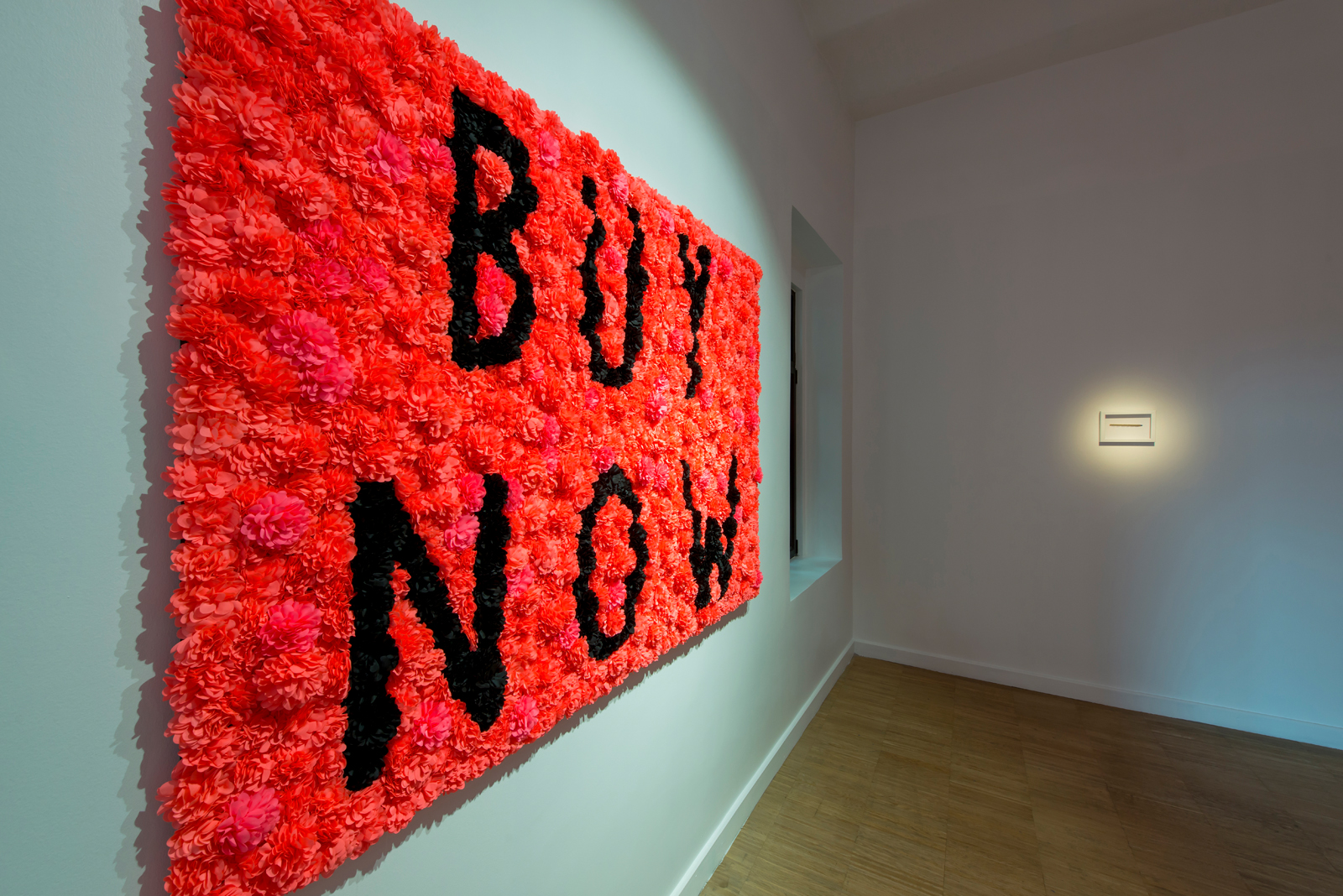 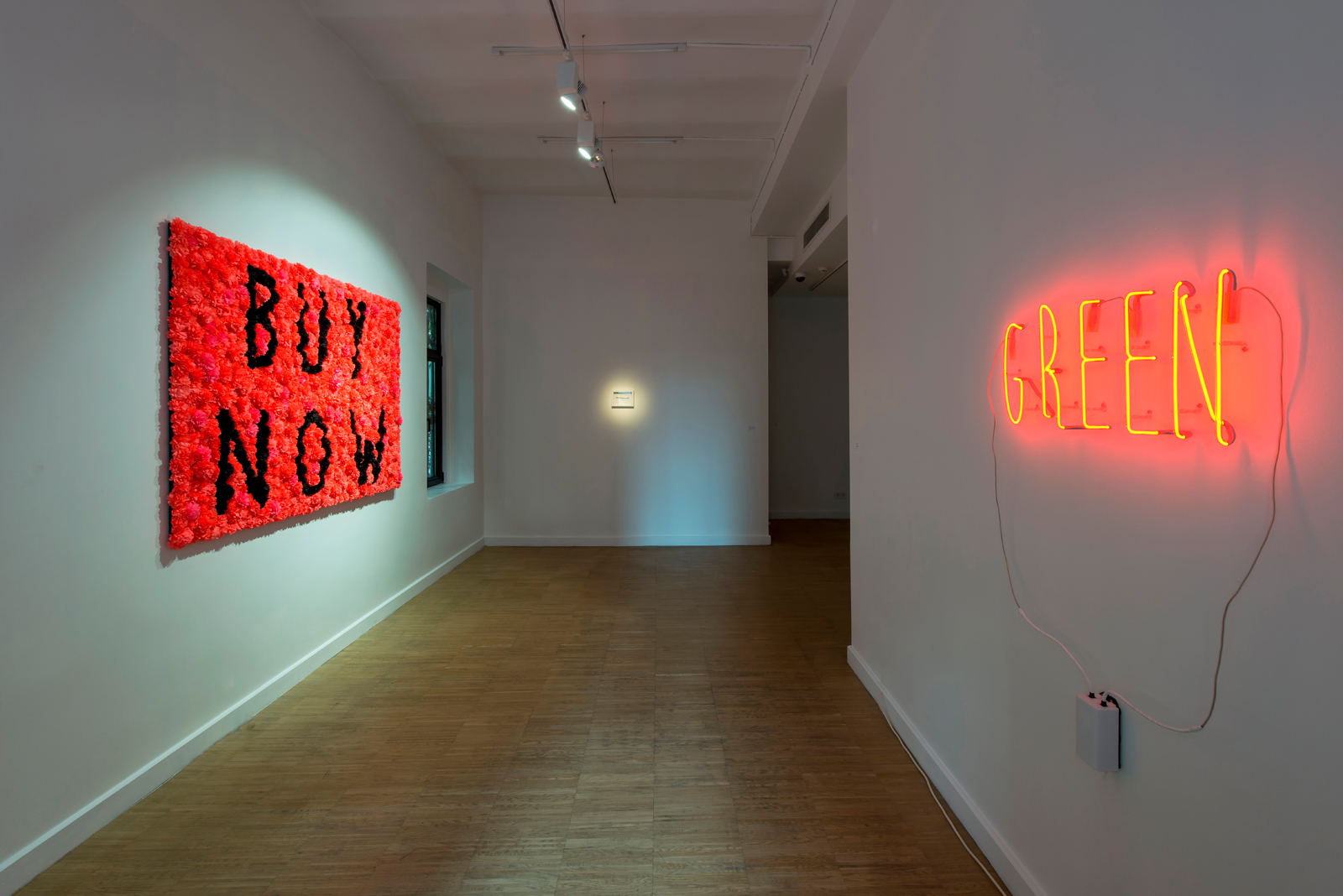 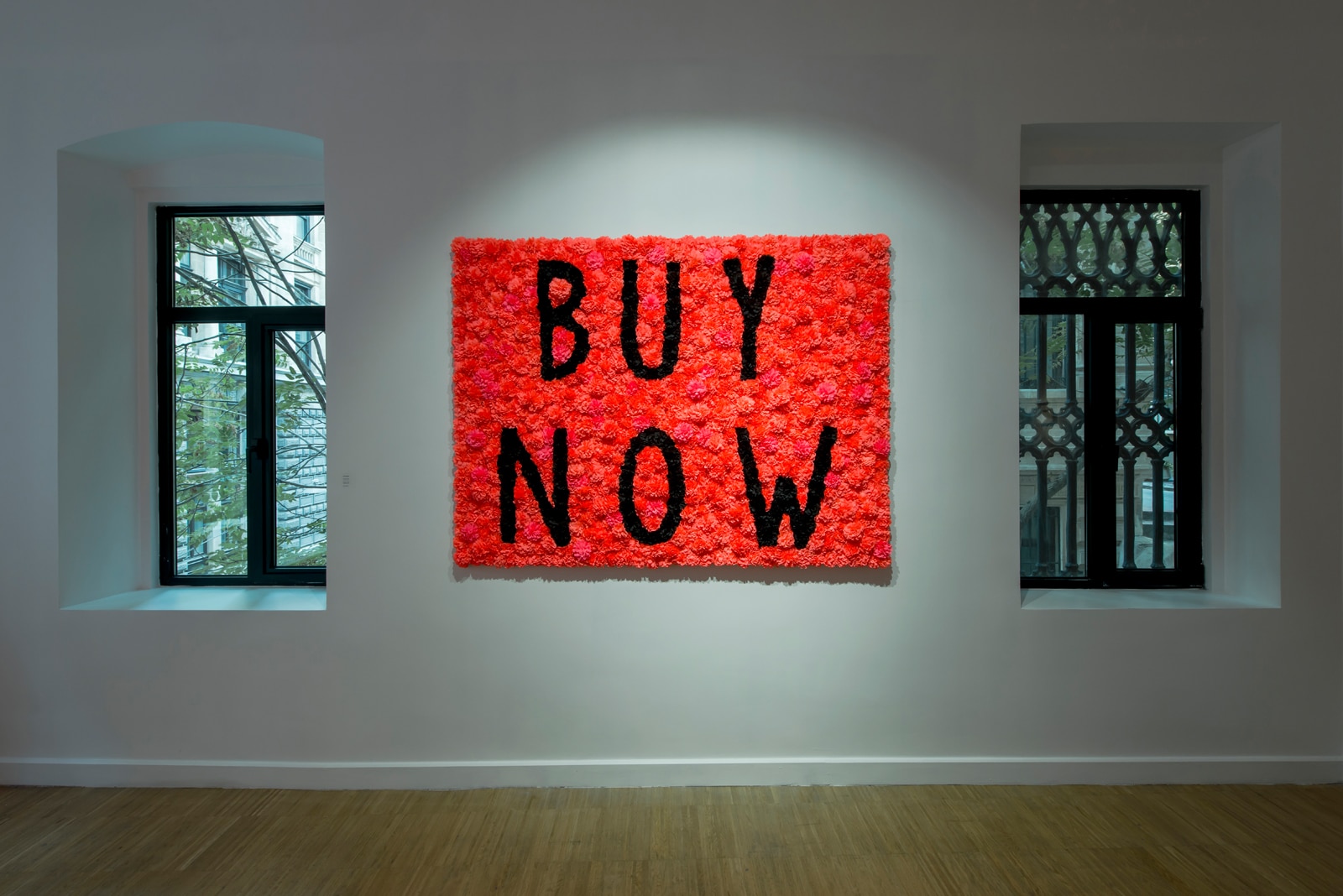 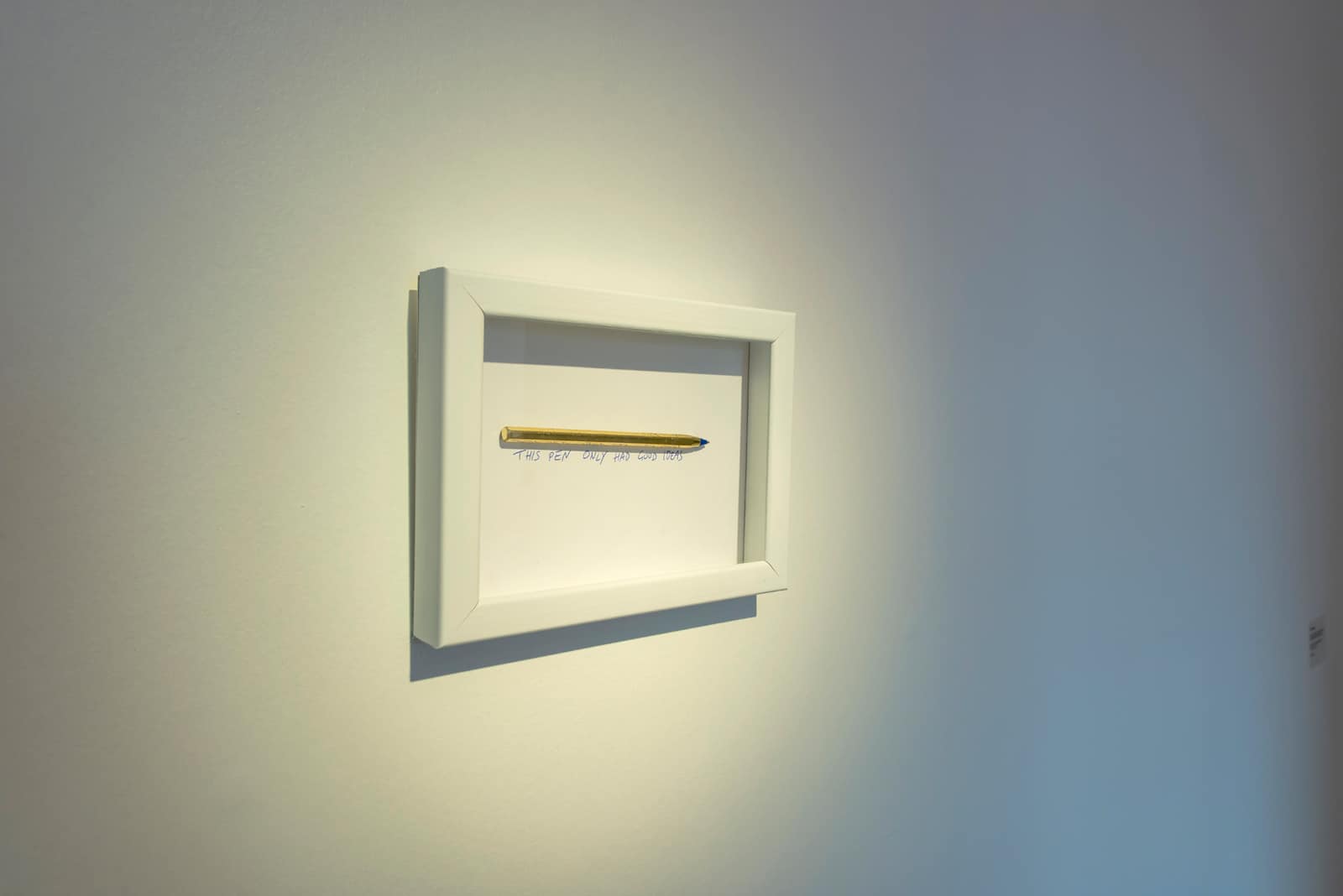 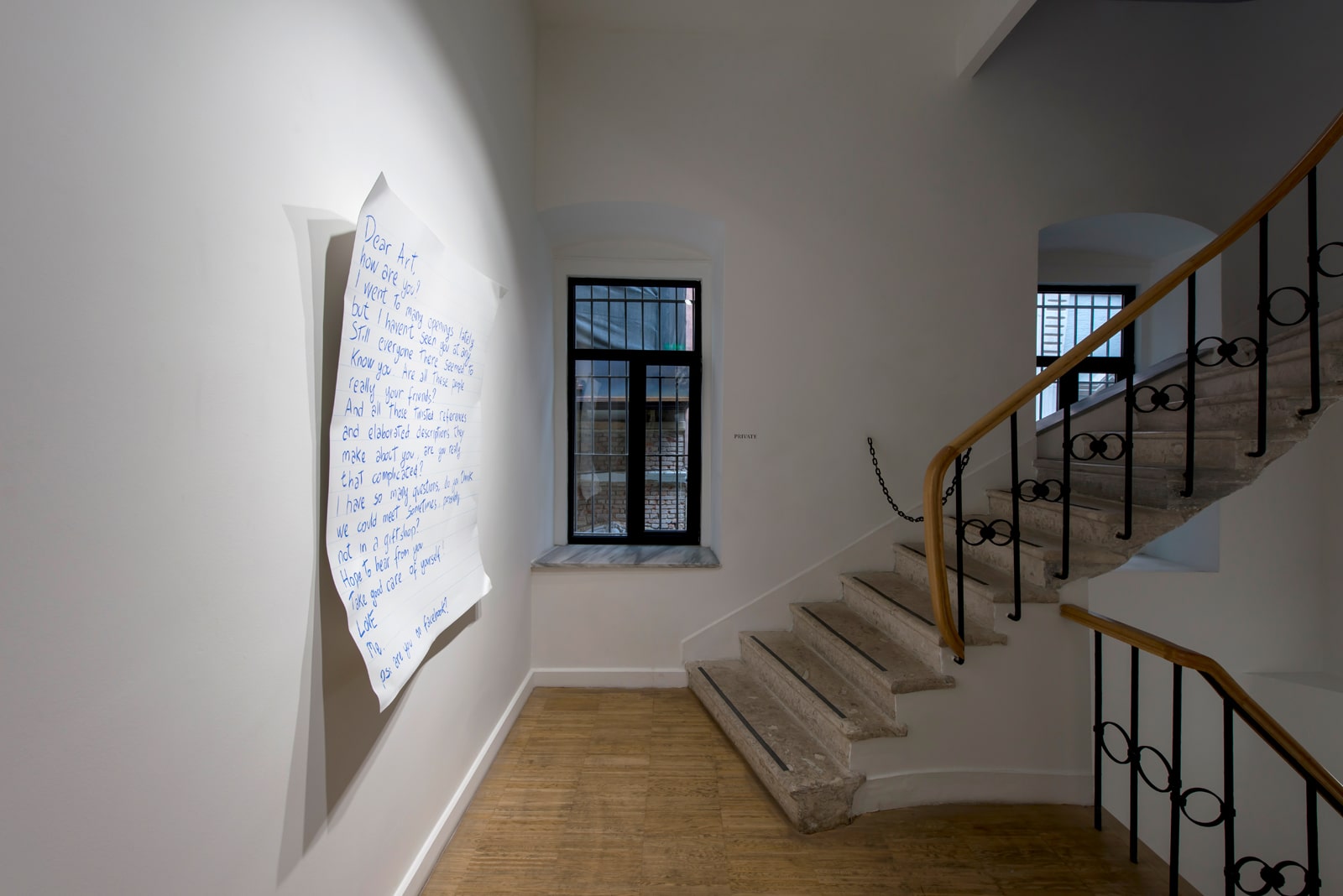 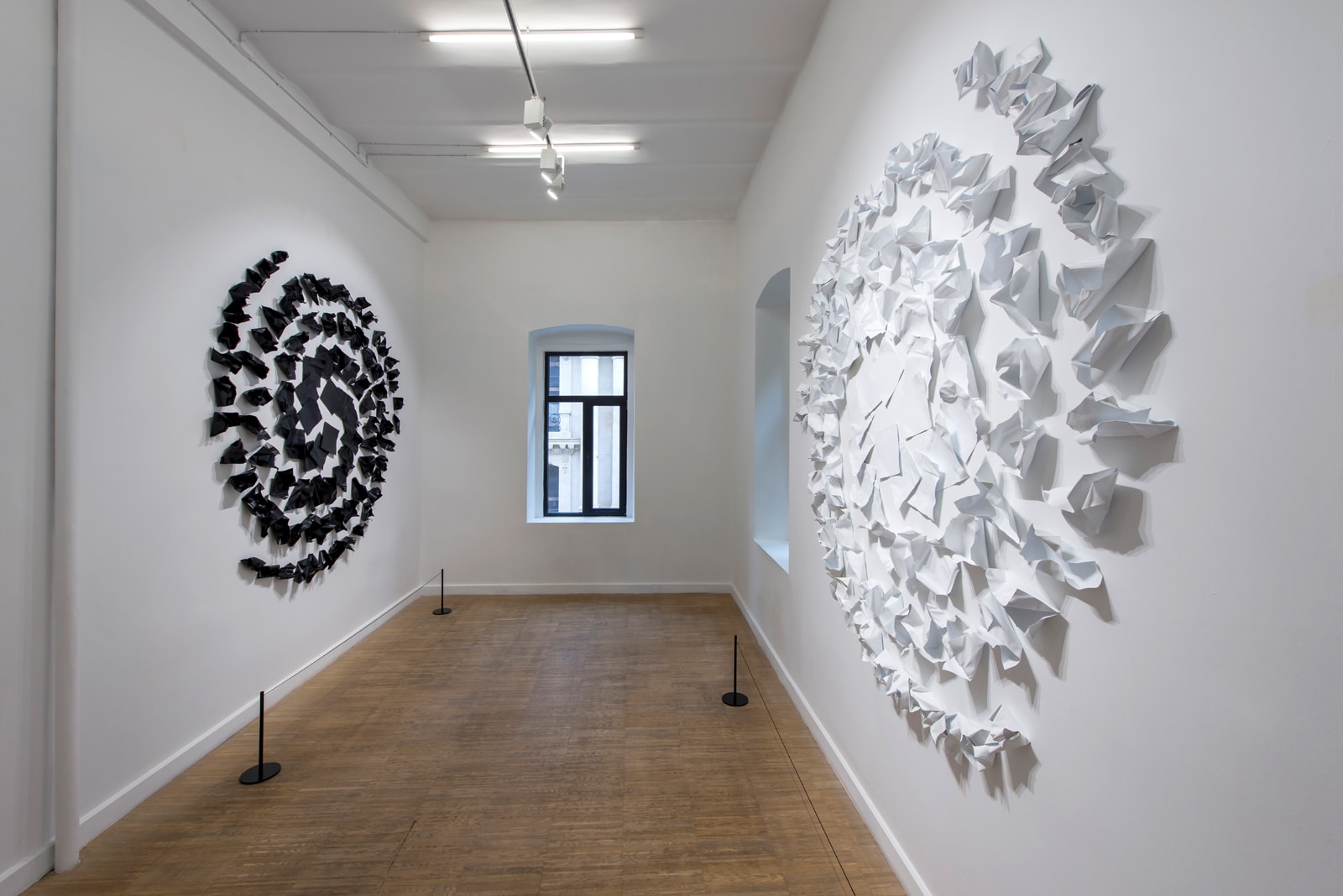 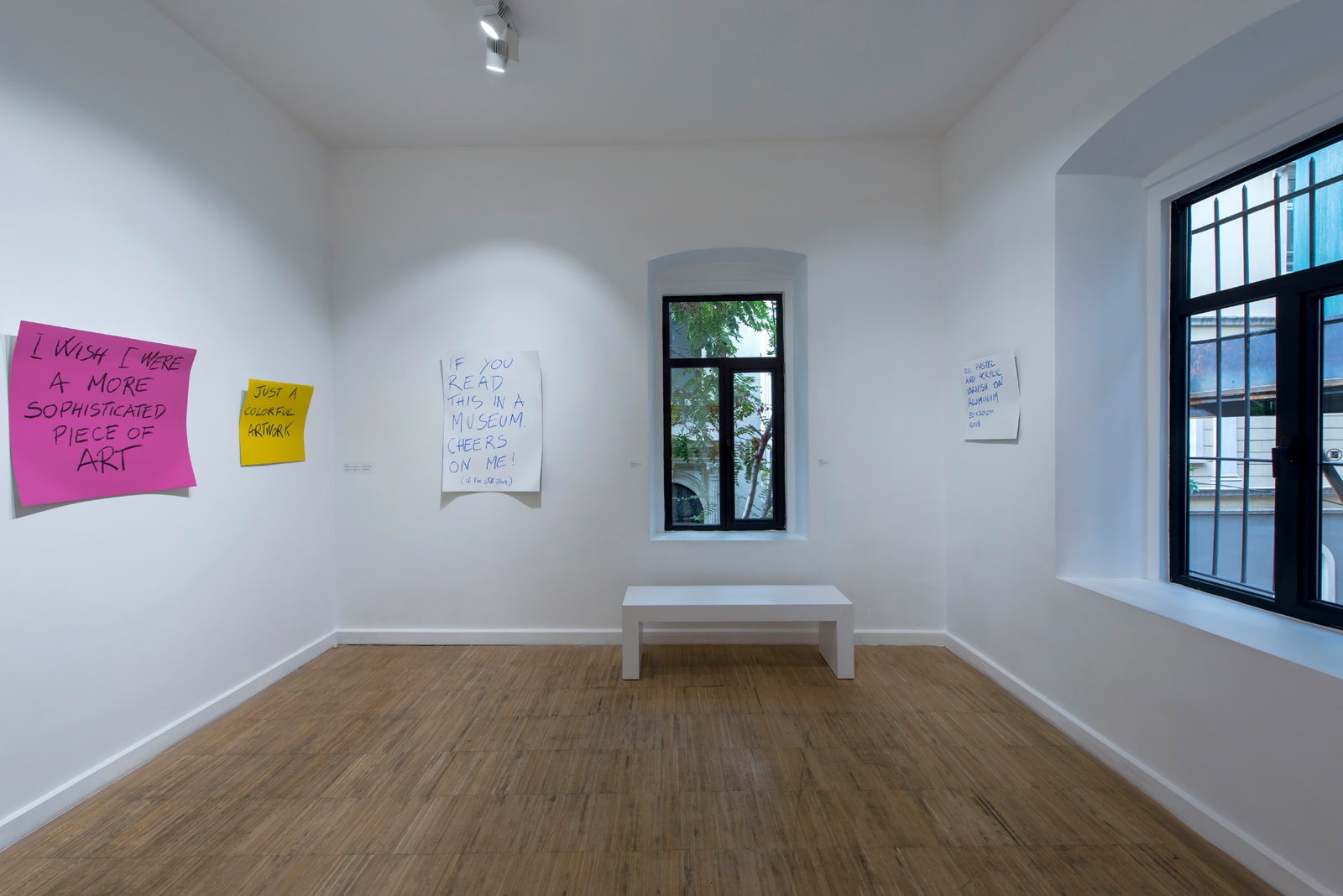 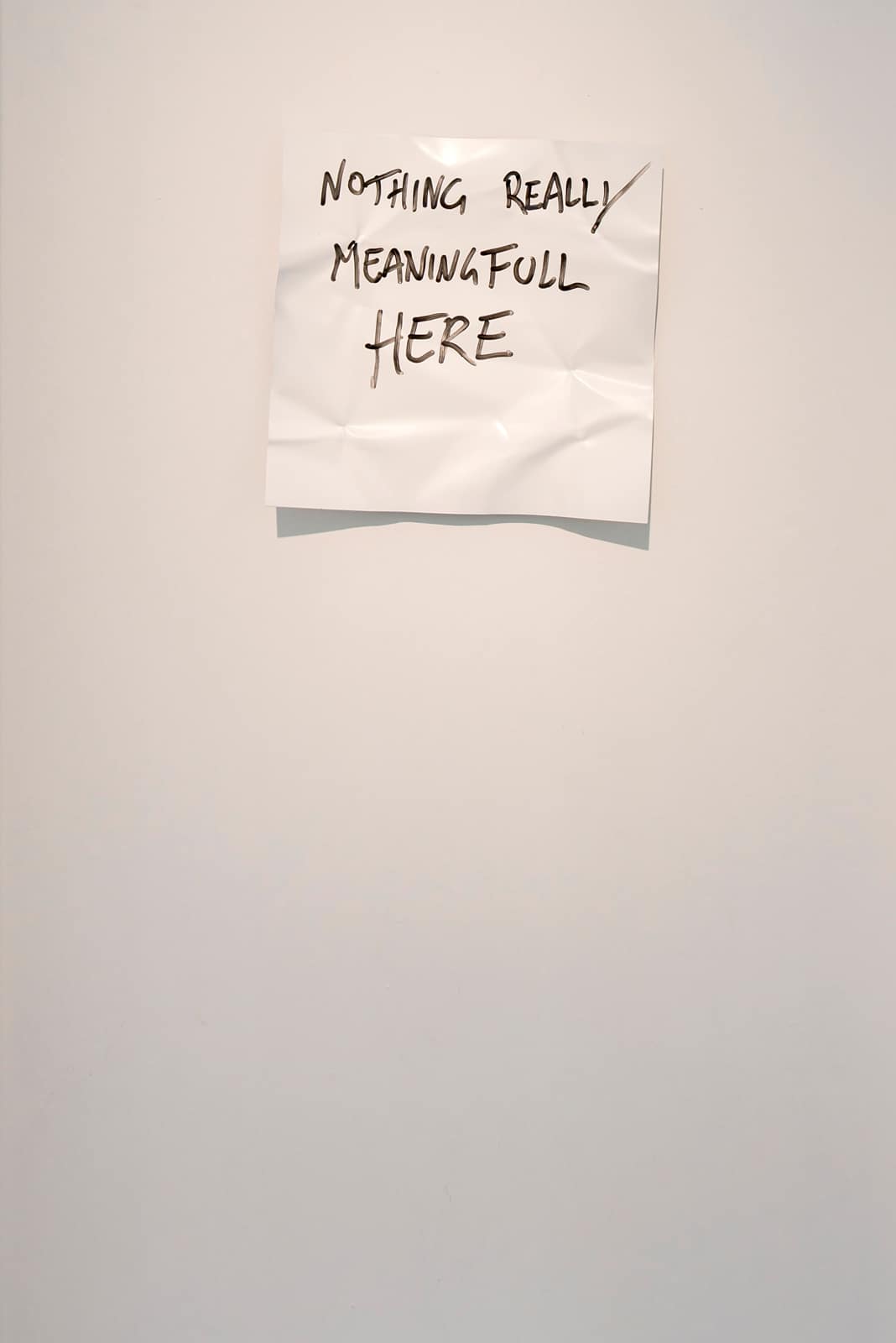 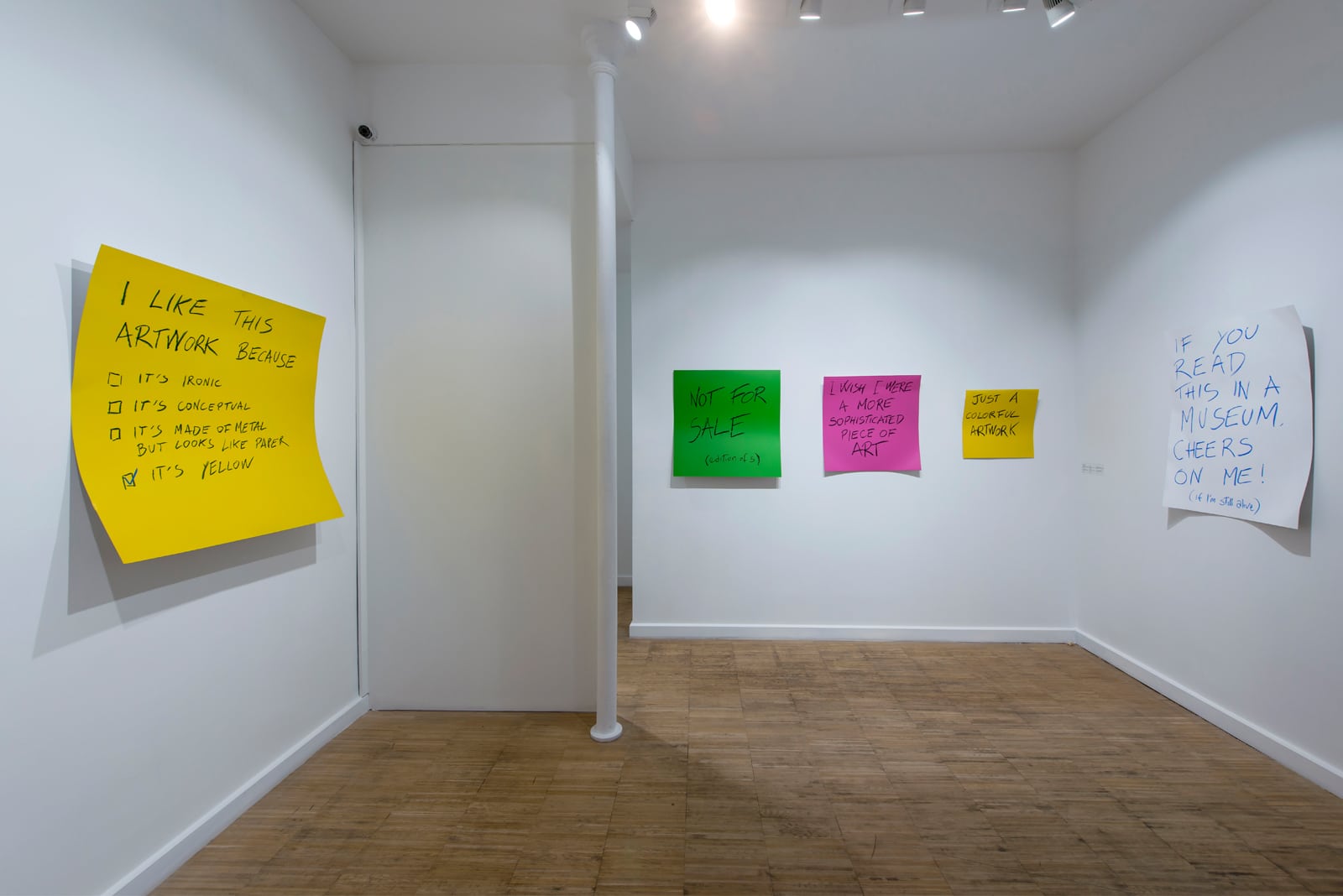 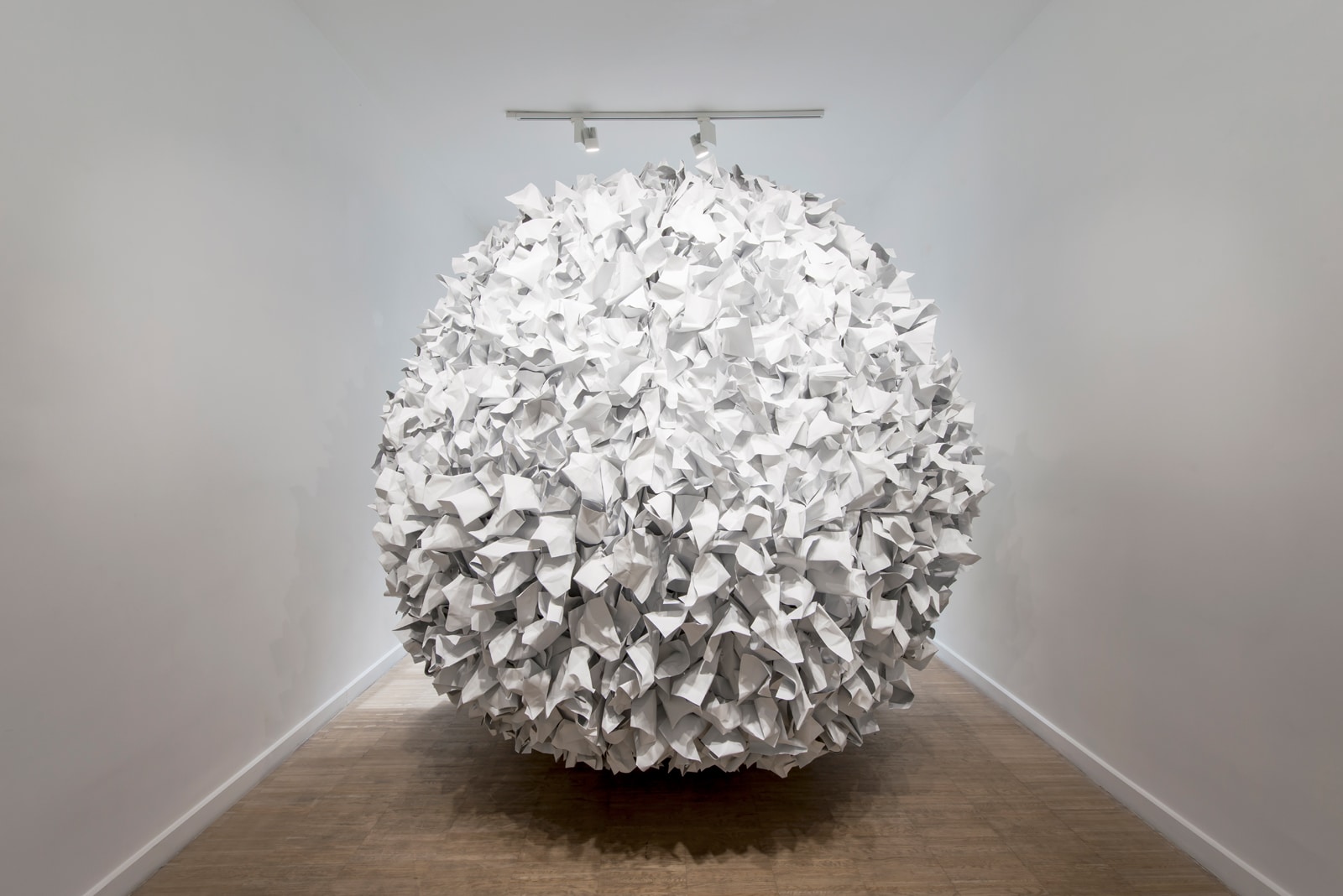 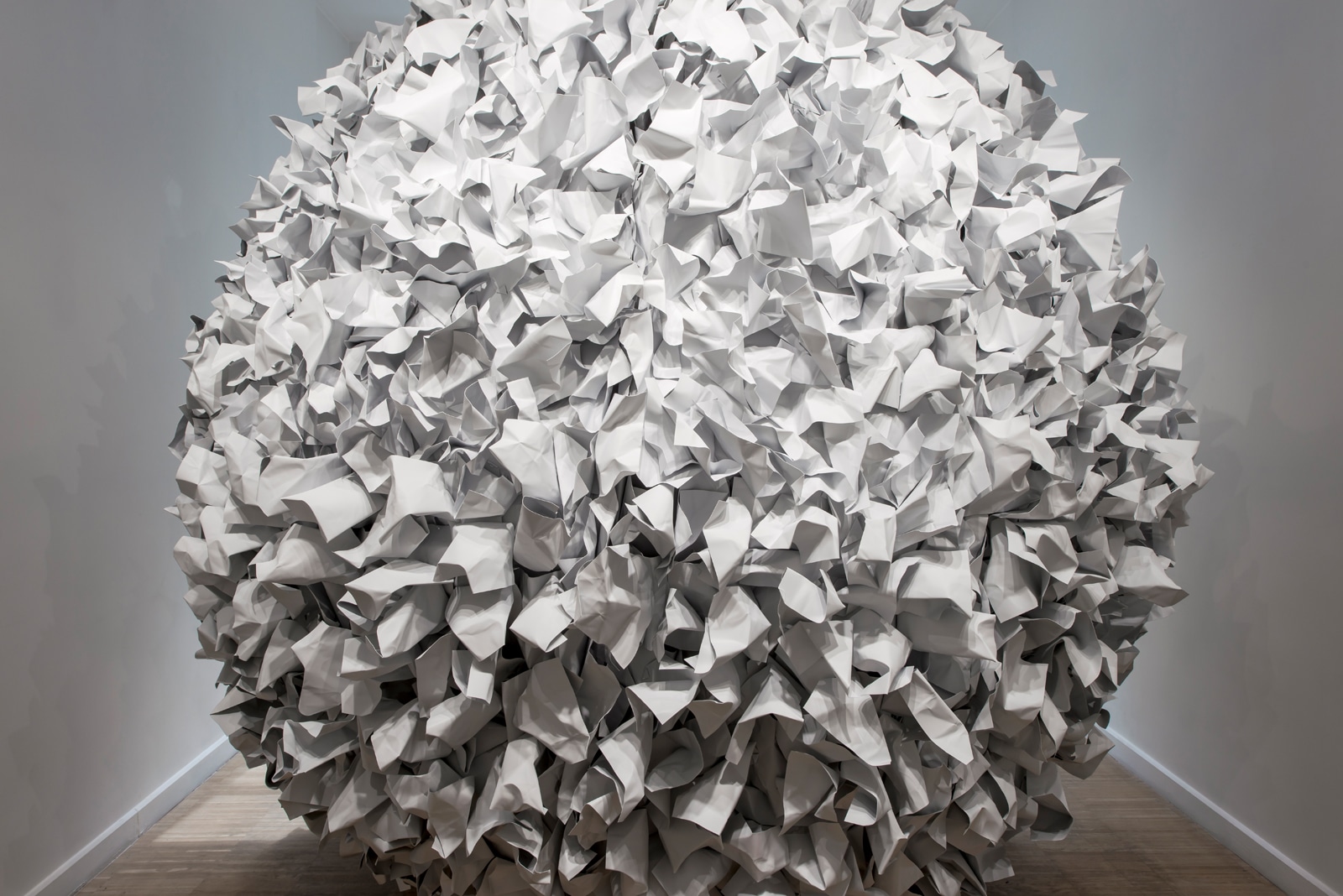 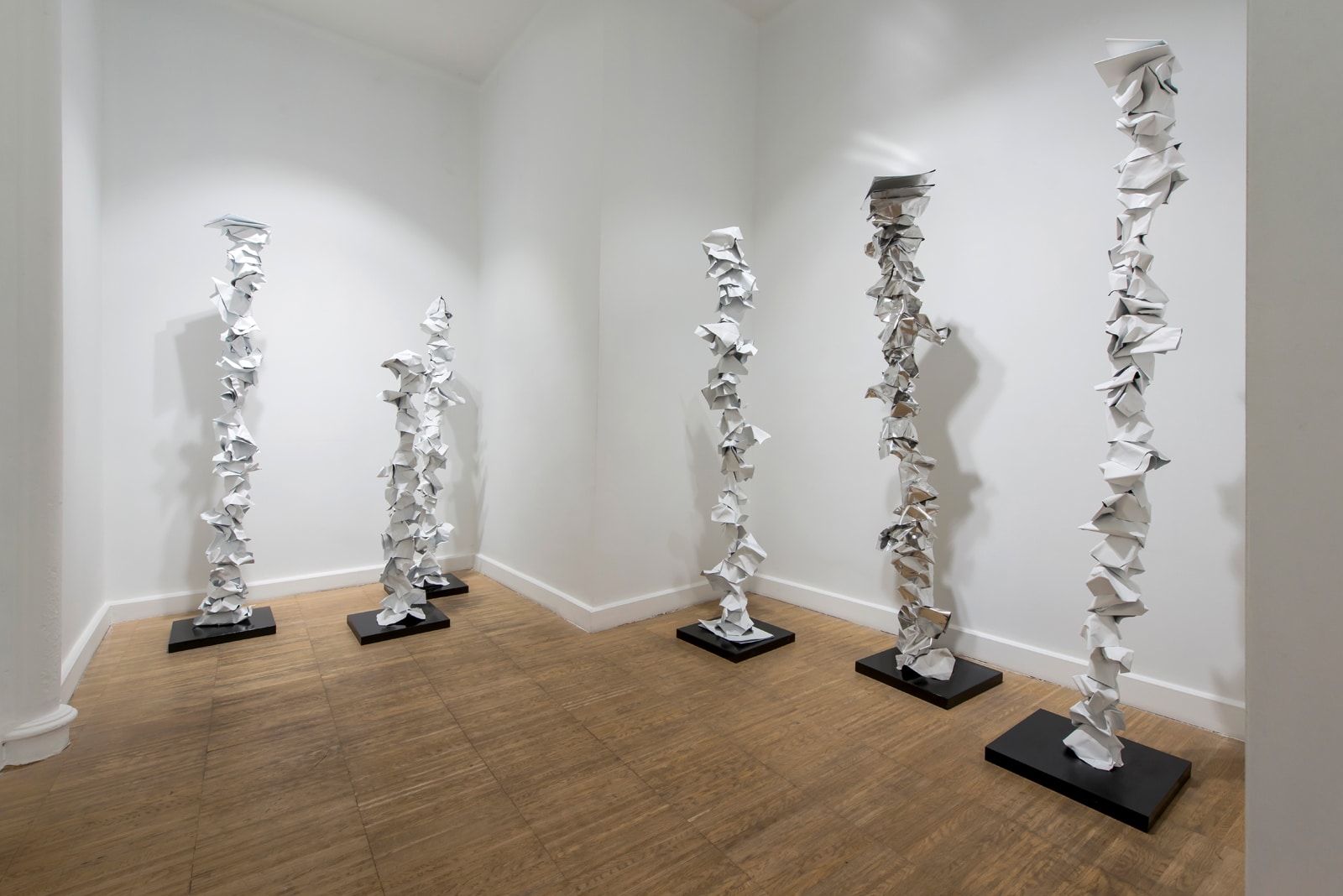 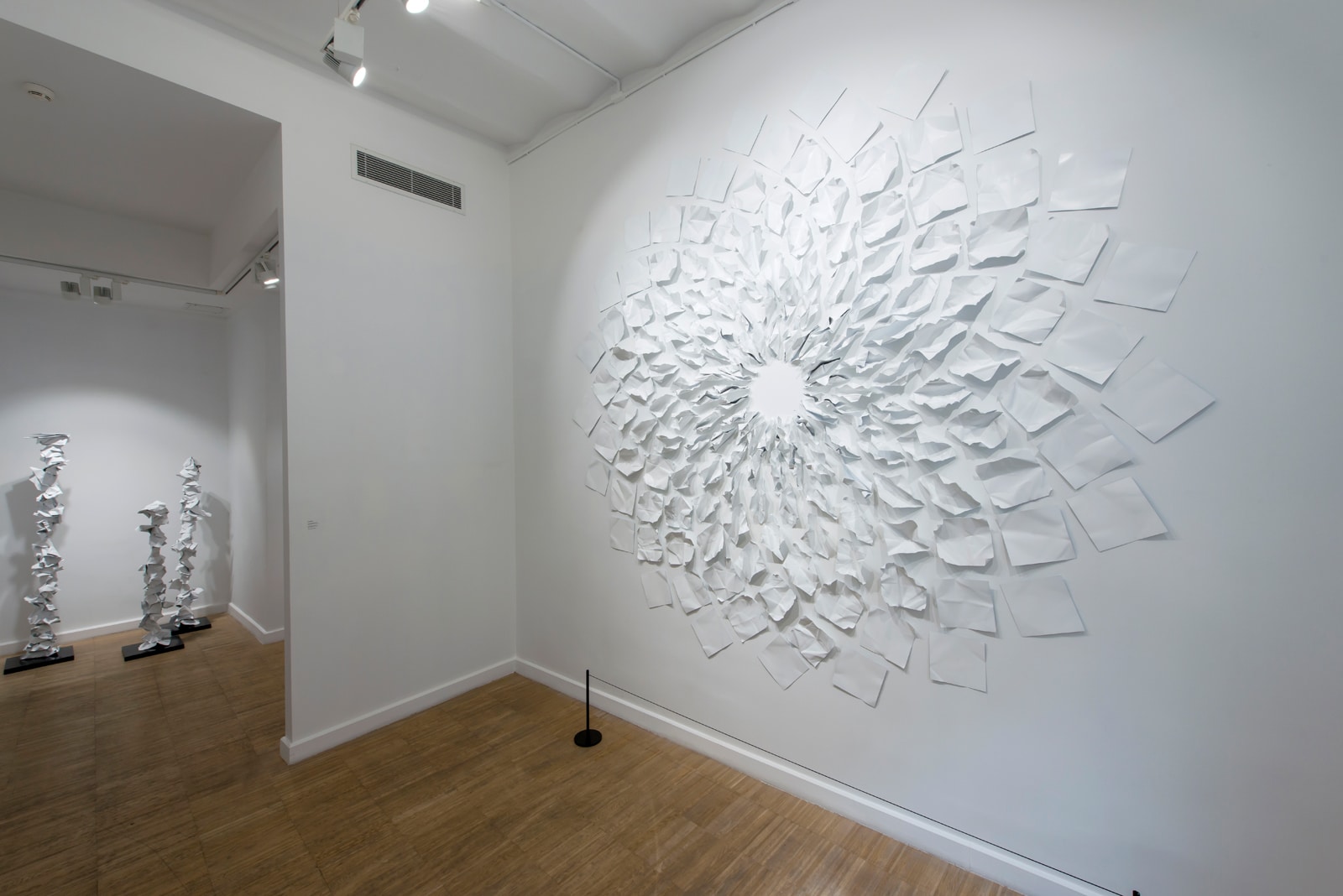 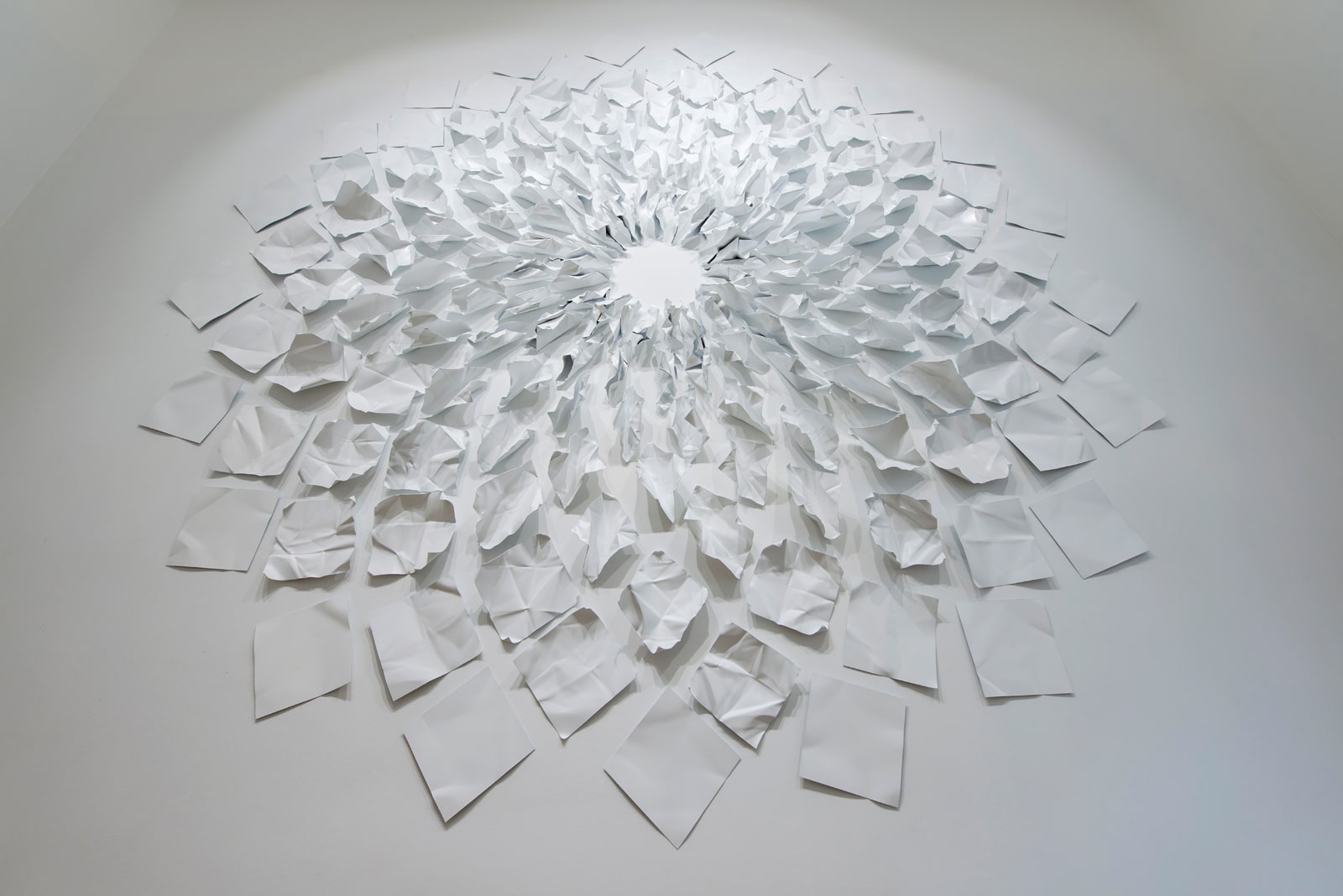 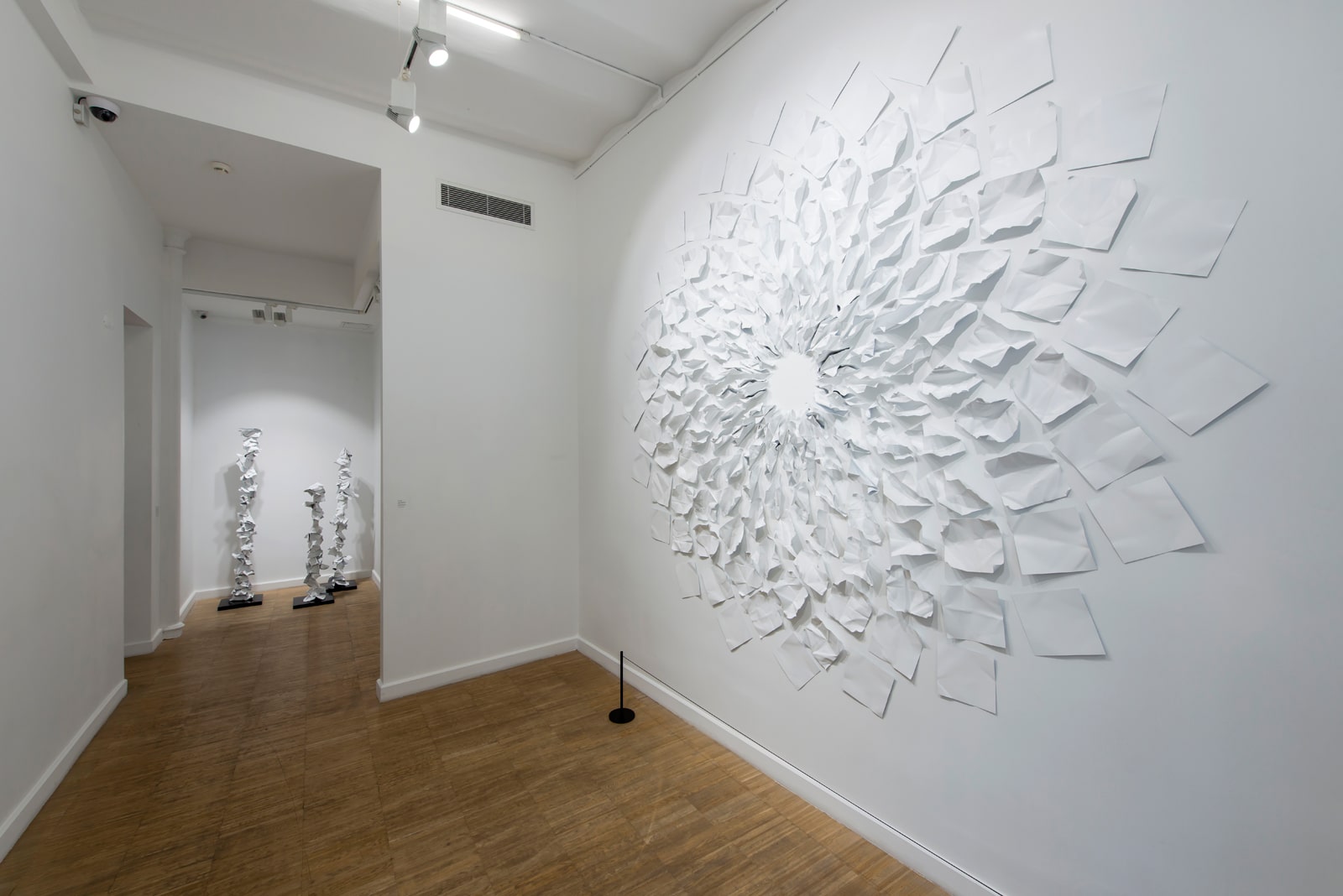