Armando Rabadán
“Lands; Essay of a physical description of the universe”
February 13 – March 16, 2014

We can not say exactly all the reasons of the first human being to start exploring the connection with the land around him, but there are some evidences about it. From Prehistory, human being forces himself to understand this connection between him and the land, giving magnificence to the environment that they saw. Nature has been subject of admiration and reinterpretations in Romanticism too, then Caspar David Friedrich became fascinated with the great mountains rising into the sky. The poetic force of Arthur Rimbaud is inside of his spiritual adventure in rural peace which made us admire to his naps in the countryside. Nature opened the door for Impressionists in XX Century. And this fact has been important for the beginning of the artistic movements which still effects us. Maybe the way of do the things are different now, but still the same questions remain. Things are about what are we doing here, where are we coming from and where are we going to.

“Lands; Essay of a physical description of the universe” is exploring a landscape that not only belongs to the planet earth. Also comes from outer space. And just as our ancestors painted buffalos on the stone walls to venerate and admire them, Armando Rabadán is taking relief for this exploration, showing us his personal vision of Cosmos, giving us interpretations of quantum physics, the Theory of the Universe and Parallel multiverse, the supersymmetric Realities, Equation of Decision Theory and the Holographic Principle.

From an artistic point of view, the nature supposed to Rabadán a clear manifestation of consciousness’s expansion in the universe, as the ability of nature for generate infinite colors and species. It’s a right starting point for the exploration, where Adam and Eve have gone to the lunar surface, or an explorer of the XX century through the water of a forest, or a large X, shows us as through a single click, Google maps puts us to the spot that we want in the world. The timeline only serve as a guide to explore the universe of this paintings of Rabadán, as we know, there is no time, and it’s something that should be considered by all seekers.

Among his works, we find quantum trees that seem do not stop their continuous changing, as if their movements couldn’t ever be defined. Forests that we face in front, where the things that occur are so far, and our eyes can not reach to see, maybe are other travelers.

The way Rabadán makes his paintings is itself a search, „I trust that the human being is co -creator of his destiny and his connection with everything else manifests as a result of this fact“, he says. So he extrapolated this vision to inside of the way of his works, “not everything should be decided from the beginning” Rabadán says and adds “I observe coincidences that get my attention in the painting, and it takes them as shortcuts for the way forward”. Because his objective is studying the field of abstraction from the rules of universe, based on the transformation processes in the work. Maybe the inspiration is the mathematical constant that you add to an equation to make it work. And it’s coming from repetition of new ideas. So a key factor is intuition; a skill that a seeker should consider before starting any search.

„I think in this century, humans will realise the connection with their roots stronger. Because our cities are losing their meaning slowly and they must be modernized. They were designed for industrial development but human being needs to surround himself with nature to be able to remember who he is, how he can feel himself full, and do not let the speed of machines make him alone. I honestly hope to participate in this process of consciousness evolution with my paintings, bringing reflection and lands to explore.“ 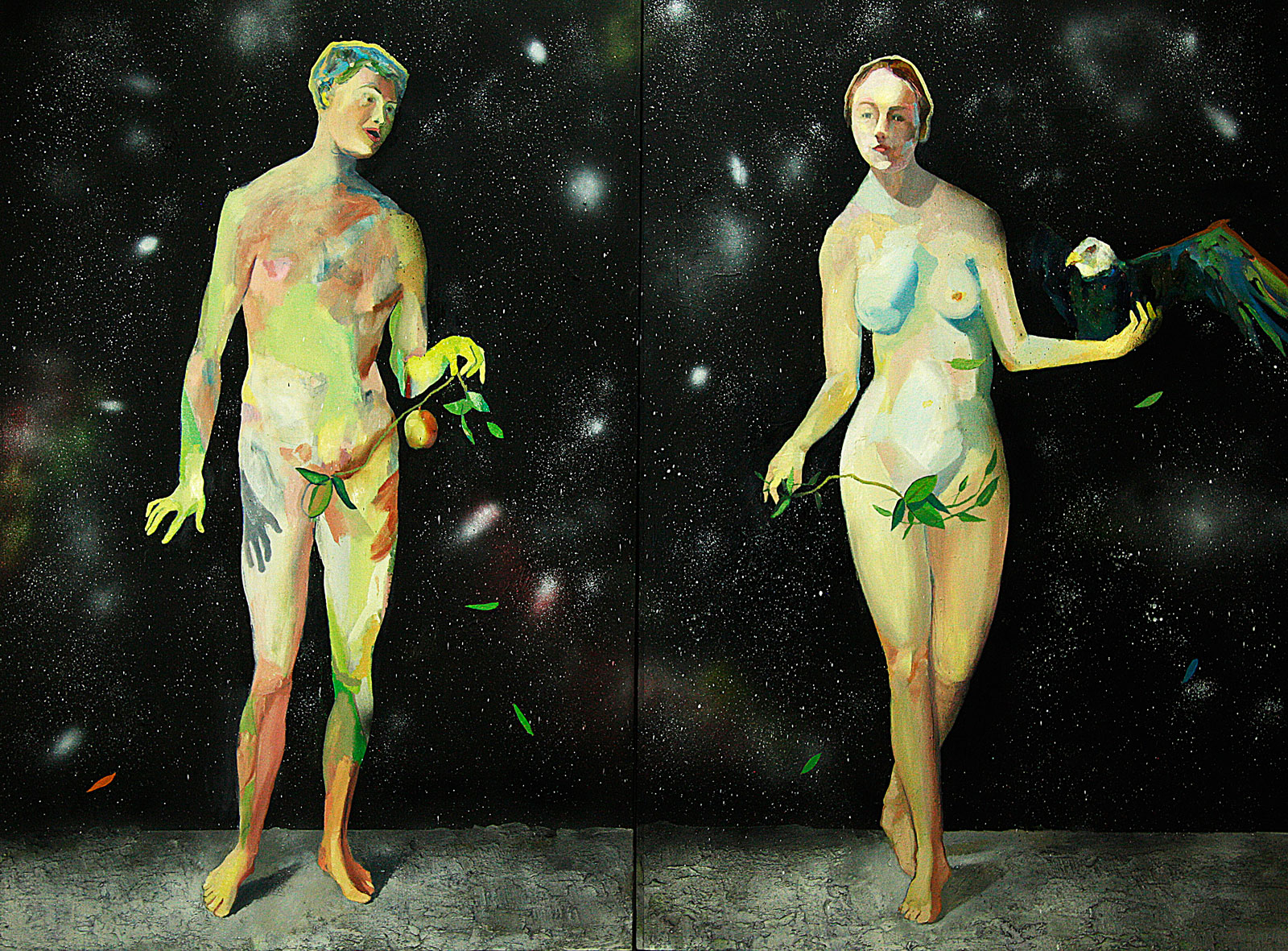 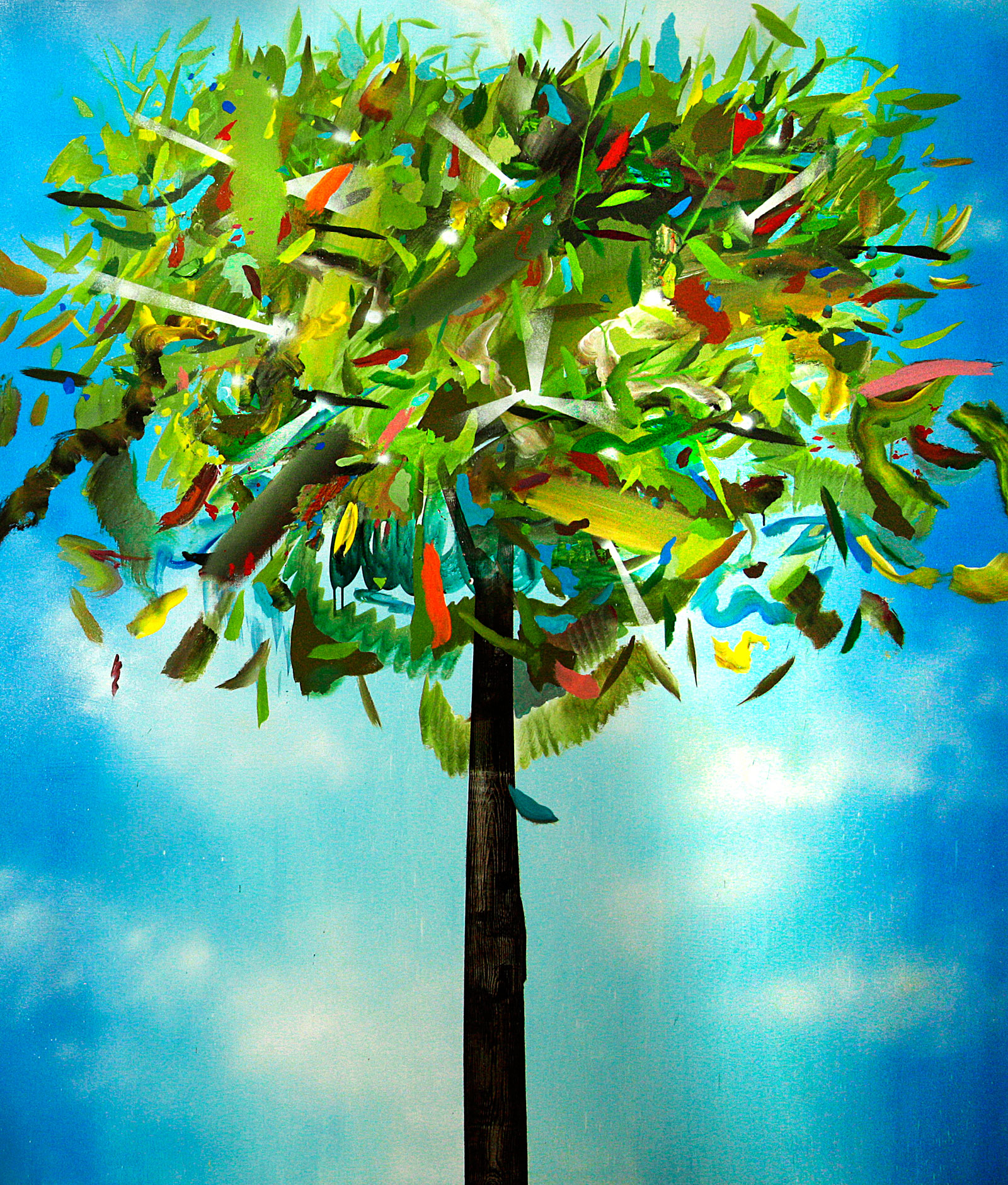 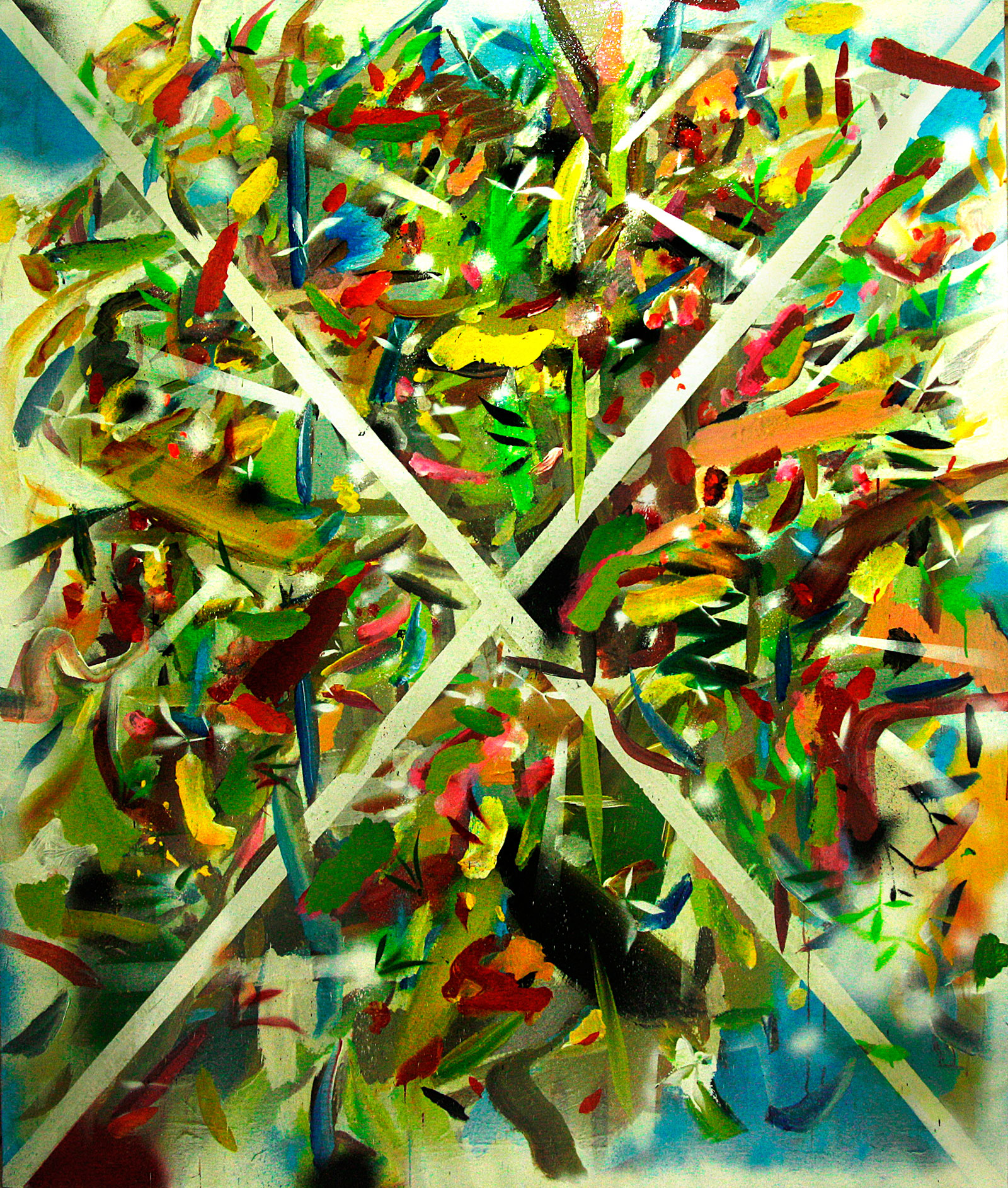